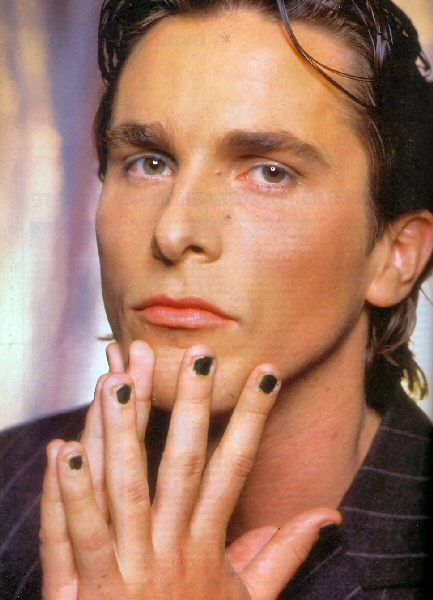 It's one thing to have a penchant for creepy indie films. It is quite another to bring your family along for the ride, metaphorically speaking.

We understand that you recently wrapped (that's what they say in the biz, right? "Wrapped"?) on a new film in which you play a crack addict. Which is fine, but it sounds vaguely similar to that other movie wherein you played a psychopathic coke addict, or that one where you couldn't sleep, which was kind of like being a crank/crystal meth addict. At the risk of sounding like our late Aunt Doris, couldn't you try a romantic comedy for a change? Surely Lisa Kudrow needs something to do.

And as if the subject matter of your films weren't gloomy enough, it seems that an awful lot of them require you to beef up or slim down quite dramatically. Of course, we've never subjected ourselves to such nutritional rigor -- as you would know if you'd ever attended one of those dinner parties we keep inviting you to -- but we know what it's like to skip a meal. In short: it sucks. So we can only imagine how grumpy and unbearable life must be for you while filming these cheery cinematic bonbons.

That's all well and good -- whatever gets you through the night, as the kids used to say. However, you seem to be dragging your family into this angsty inner turmoil. Just look at this shot: everyone's in black, including your daughter. Now, maybe we haven't been paying attention, but we haven't seen too many girls wearing black ribbons in their hair as of late -- not even their despotic leader, Miley Cyrus. And you're not brightening the mood by schlepping everyone around in your black BMW 325i, which is not only somber, but it's also probably getting a little old. Not that we have anything against frugality, mind you, and not that we think celebrities have to drive the latest model, but what is that car, like four years old? Our dads trade in cars more often than that, and theirs don't smell like babies and spilt milk.

We're only saying this because we really dig you, Christian. Words can't express how overjoyed we are that despite your successes, you haven't turned into one of those self-important Hollywood types. (Looking at you, success-less Spencer Pratt.) We're just suggesting that maybe you should consider taking on something Merchant/Ivory-esque next time. Please, for the sake of the children.