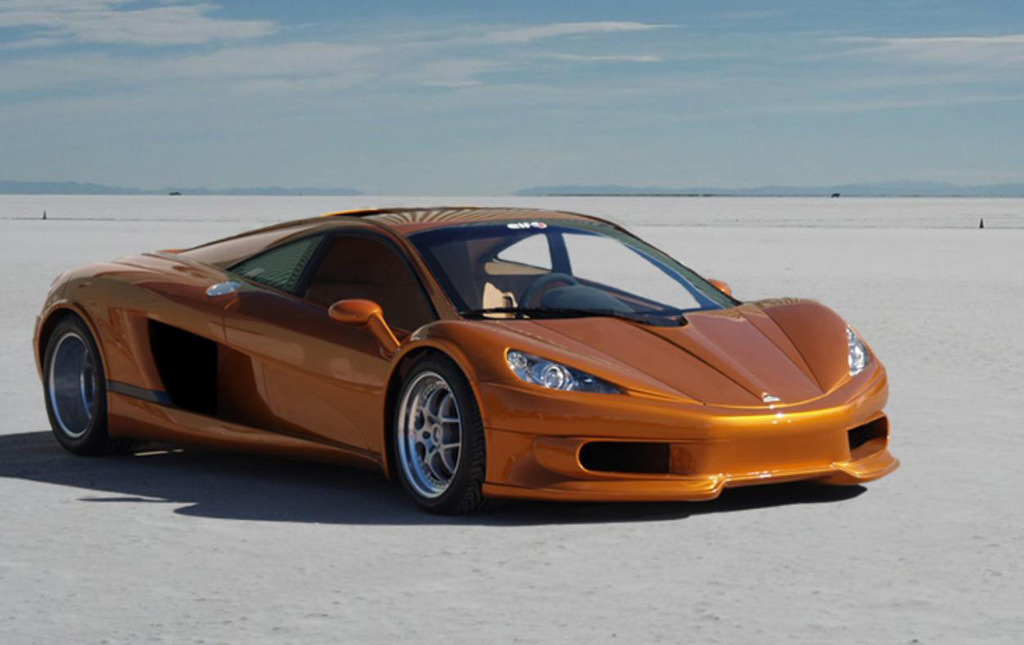 When it comes to exotic supercars, Canada doesn’t typically rank high on the list of countries that manufactures them. There is, however, at least one interesting performance machine from up north: the Plèthore LC-750, which is scheduled to make its official debut next week at the 2009 Frankfurt auto show.

The creation of HTT Technologies and the brainchild of Luc Chartrand, who first set out to build his very own supercar back in 1995, the Plèthore LC-750 is still in prototype form but is expected to go on sale in Europe sometime next year.

The vehicle features a mid-engined layout with power coming from the Corvette ZR1’s supercharged 6.2-liter LS9 V-8. HTT Technologies has turned up the performance, however, extracting 750 horsepower and 655 pound-feet of torque from the potent powerplant.

Open up the Lamborghini-style scissor doors and step into the carbon-fiber bodywork and the first thing you will notice is the car’s centrally located driver’s seat, the same set-up as in the McLaren F1. Leather and more carbon-fiber abound on every surface, and are joined by two reversing cameras, a 7-speaker stereo and satellite navigation as part of the options list.

If you can’t make it to Frankfurt to see the car in person next week, it will also be making a showing this November at the SEMA auto show in Las Vegas.