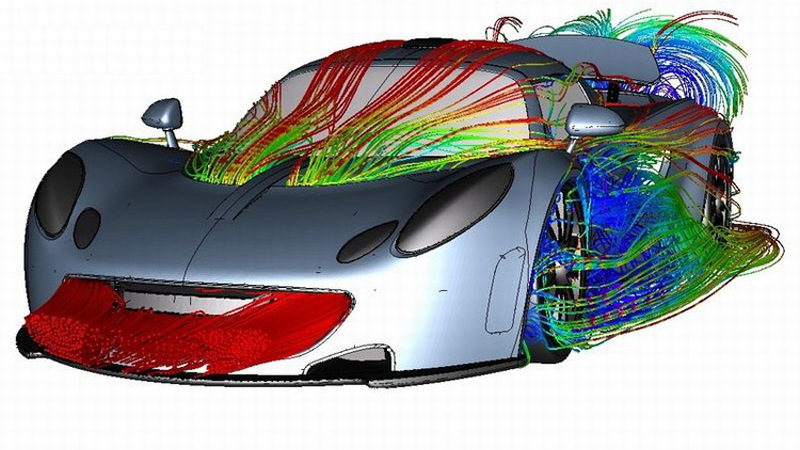 American-designed and built supercars are on the comeback, it seems, with the Devon Motorworks GTX making its debut at the 2009 Pebble Beach Concours d'Elegance and now Hennessey Performance Engineering revealing its Venom GT supercar in its final form for the first time.

Originally announced as far back as 2007, the Venom GT has gone through several iterations while still on the drawing board. The latest and final reveals a car that's likely to prove uncompromisingly fast.

Based upon the Lotus Exige, the Venom GT combines a high-tech, lightweight British chassis with a powerful American V8. Hennessey even stayed true to the Lotus philosophy of “performance through light weight” and made all of the Venom GT’s bodywork and even its wheels out of carbon-fiber.

From a sub-2,400 pound curb weight to its Corvette ZR1 supercharged V-8 engine dialed up to 725 horsepower (Hennessey will also be offering 1,000 and 1,200 horsepower twin-turbocharged models as well), the vehicle is a recipe for crushing performance. Estimated figures put the 0-60 mph dash at 2.4 seconds, 0-100 mph in a stunning 5.3 seconds, and a face-stretching top speed of 262 mph. Better yet, Hennessey is also claiming a 20 second time for the 0-200 mph-0 task.

Other features include a Ricardo 6-speed sequential gearbox driving the rear wheels, Brembo brakes with 15 inch carbon-ceramic rotors, a programmable traction control system and active aerodynamics and suspension systems. Finally, power is put to the ground via massive Michelin PS2 tires at all four corners.

Interestingly, Hennessey has only announced plans for the Venom GT in the Middle East, Europe, Russia, Australia and Asia. Production will be limited to just 10 vehicles per year and the company already has orders for four cars.