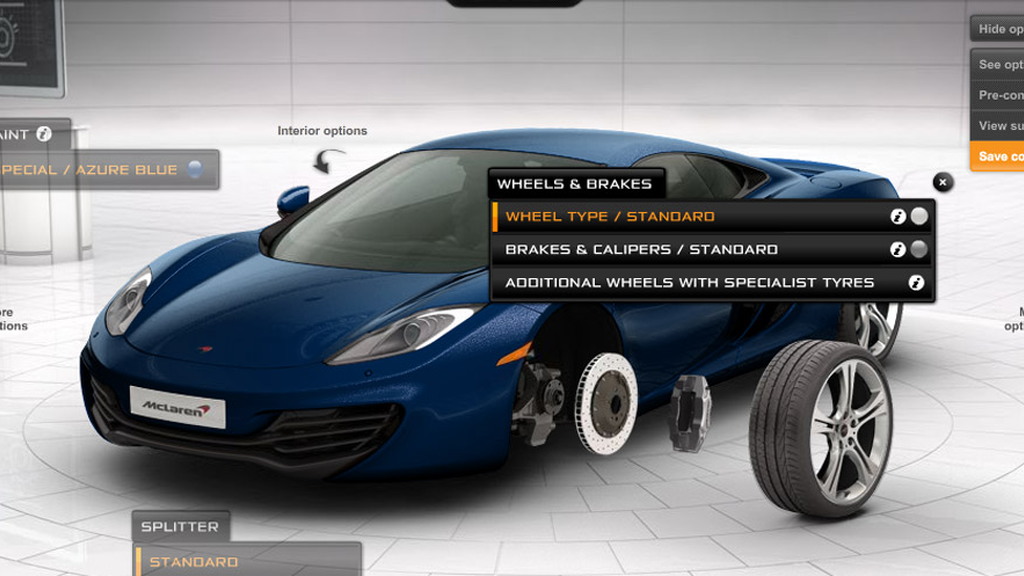 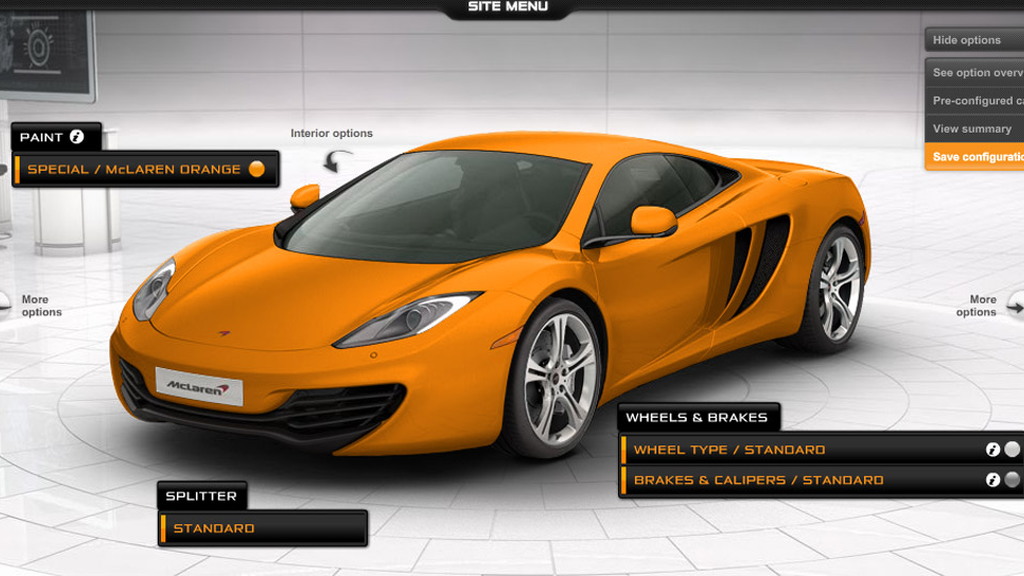 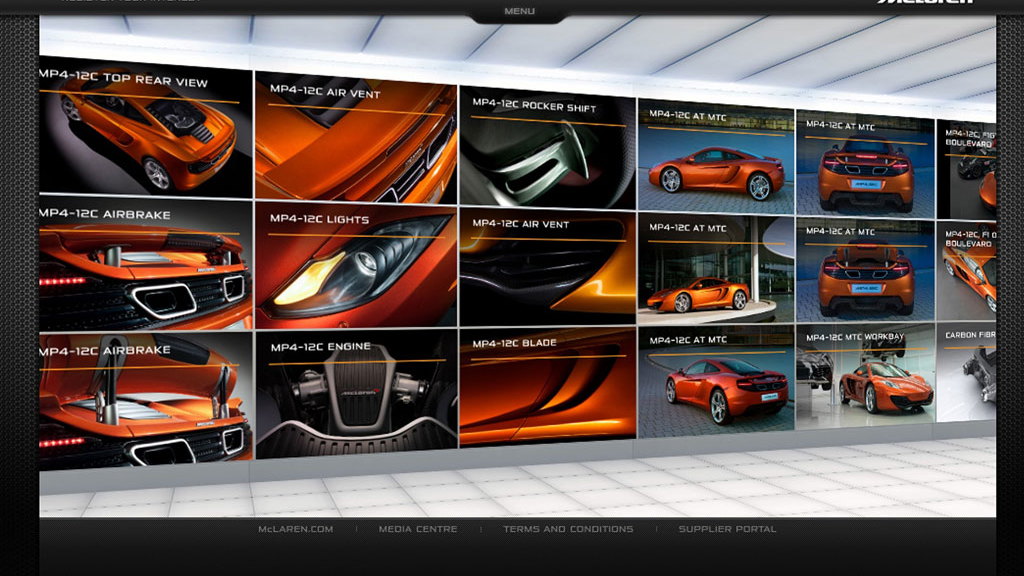 The all-new 2012 McLaren MP4-12C supercar isn’t set to appear on U.S. shores until the middle of next year but eager customers already have the ability to pick and tweak the car to their own desires thanks to the launching of a new online configurator today.

The configurator was developed using data obtained from the McLaren’s design and engineering teams based at the company’s headquarters in Woking, England. The site is essentially designed to link McLaren’s planned 35 retail outlets in 19 countries across the globe when retailers are appointed from this May onwards.

A choice of 17 different exterior paint finishes begin with Blue, Silver and White available as standard on the MP4-12C. A further eight may be selected from the Special range of finishes, which includes McLaren Orange, a solid hue which was the signature color of McLaren race cars in the 1960s and ‘70s.

Unique to the MP4-12C is a ‘Driver Zone’ interior option. In addition to combining Alcantara, leather and carbon-fiber inside the cabin for both driver and passenger, owners are able to further personalize the area immediately around the driver. A choice of five leather trims can be specified solely for the driver’s seat, door trim and dash insert.

On a final note, McLaren decided to let its two star F1 drivers, Jenson Button and Lewis Hamilton, put the configurator through its paces and specify their perfect cars. You can see the results in the following short film. Oh, and don’t ask us about the strange ambient music--we're just as puzzled as you are.

Click here to take you to McLaren's new configurator for the MP4-12C.