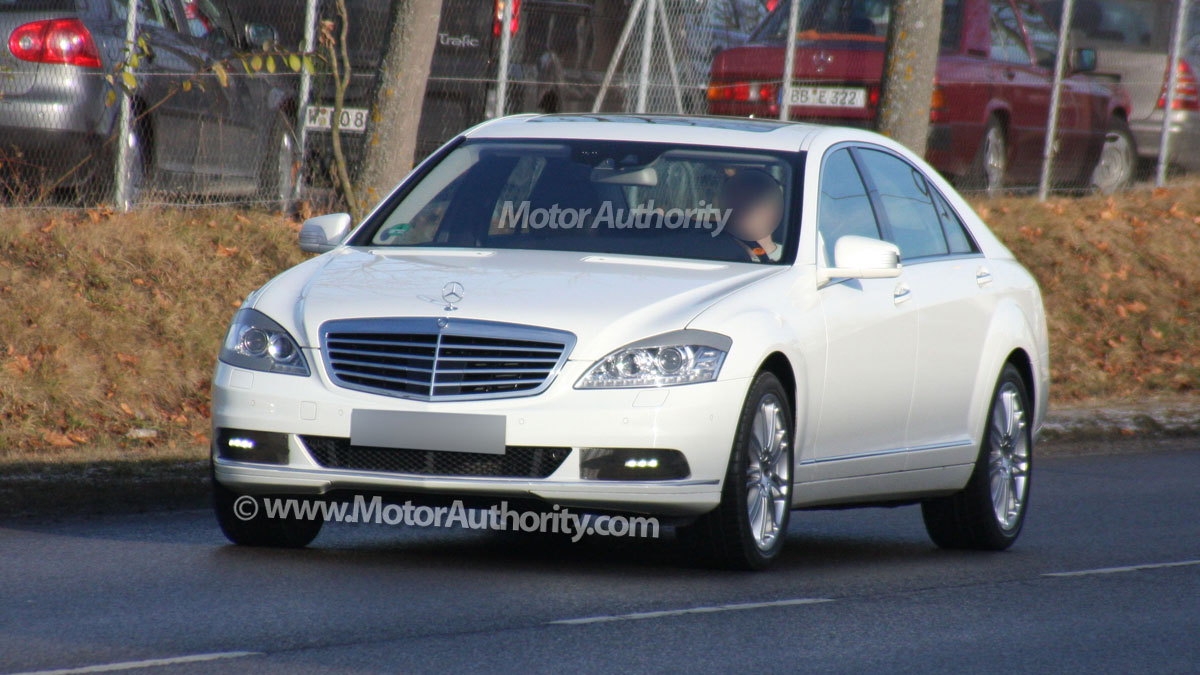 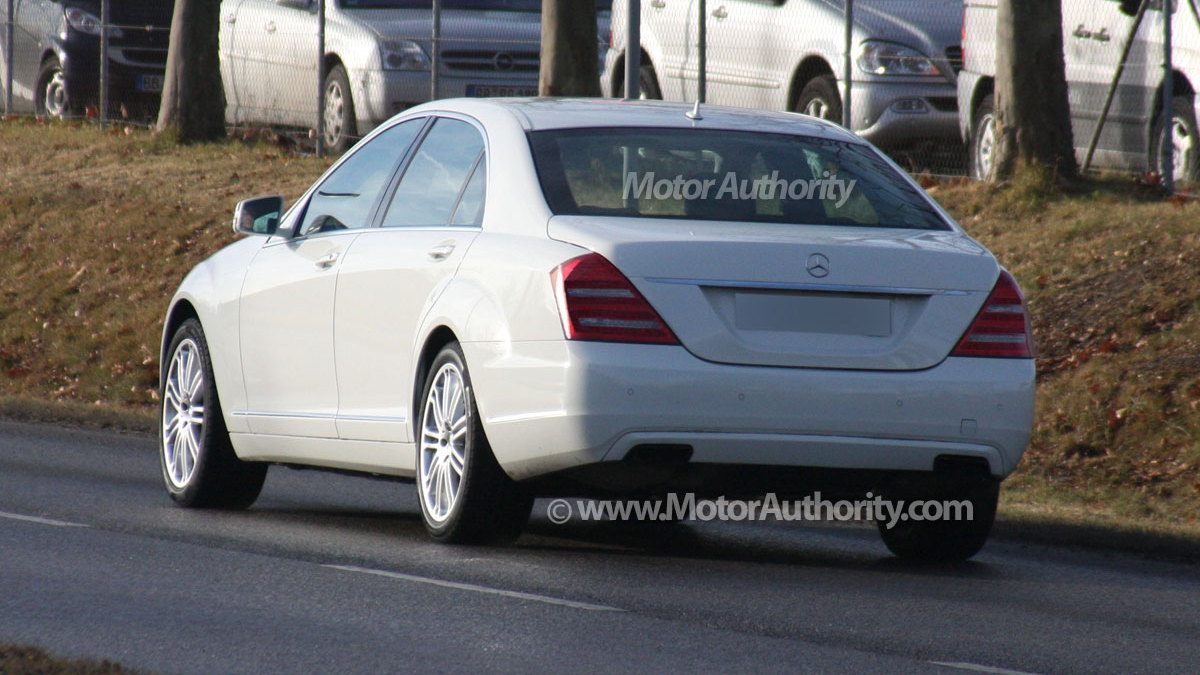 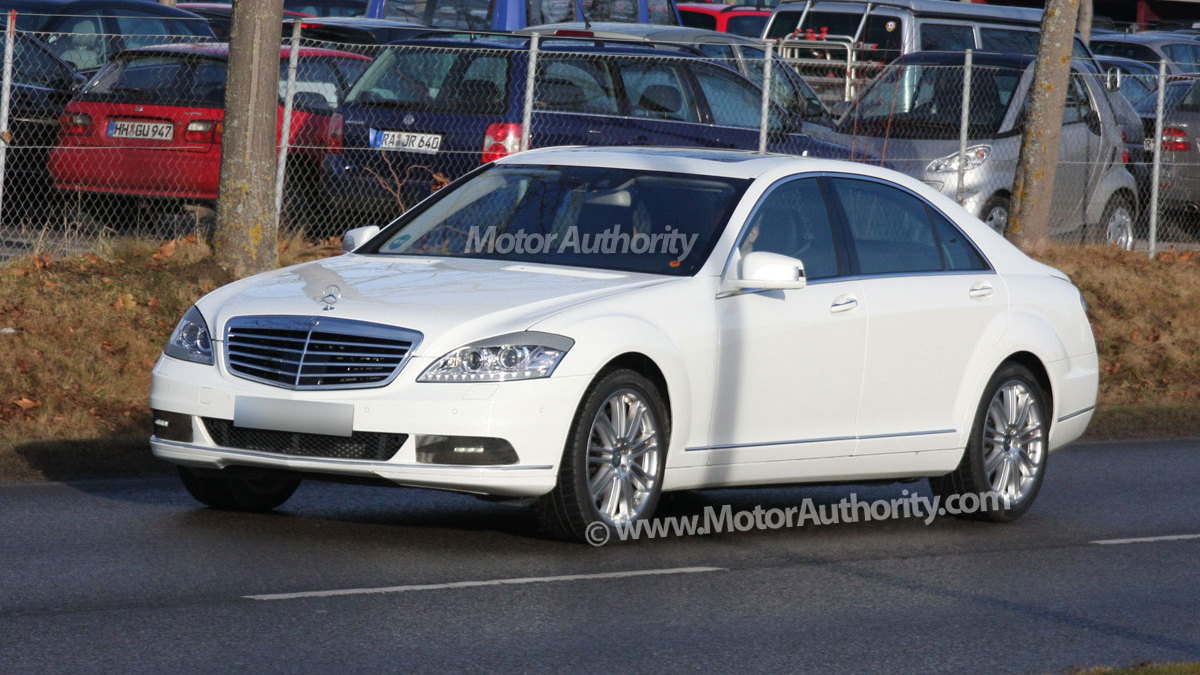 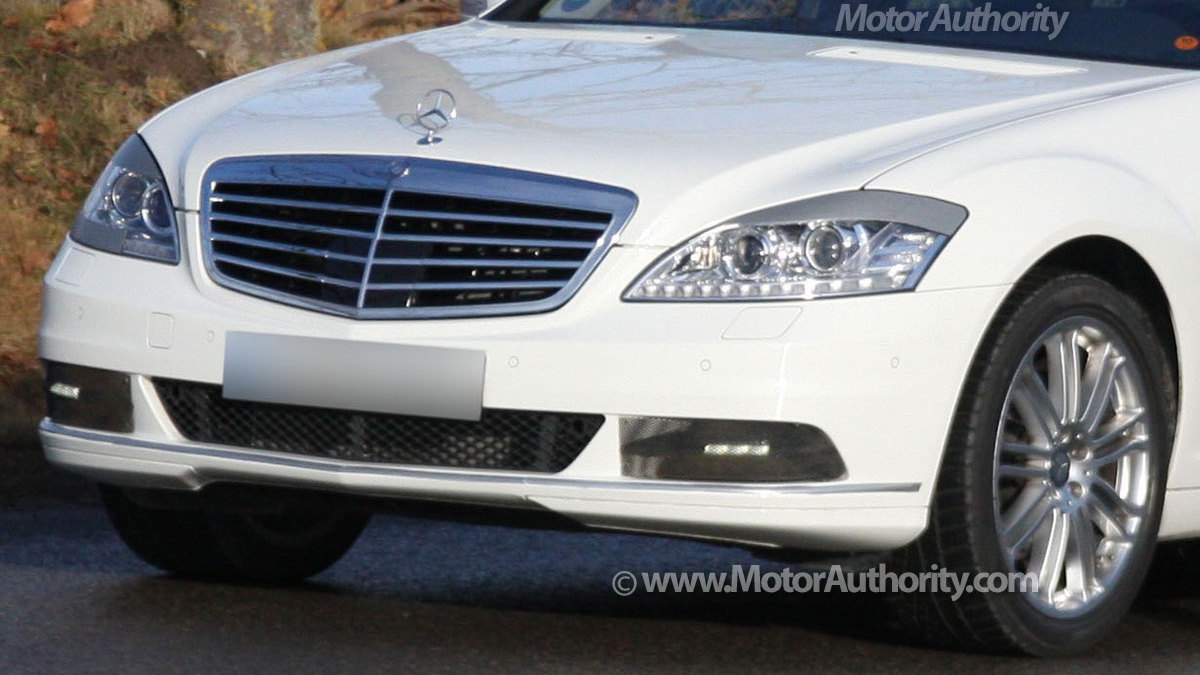 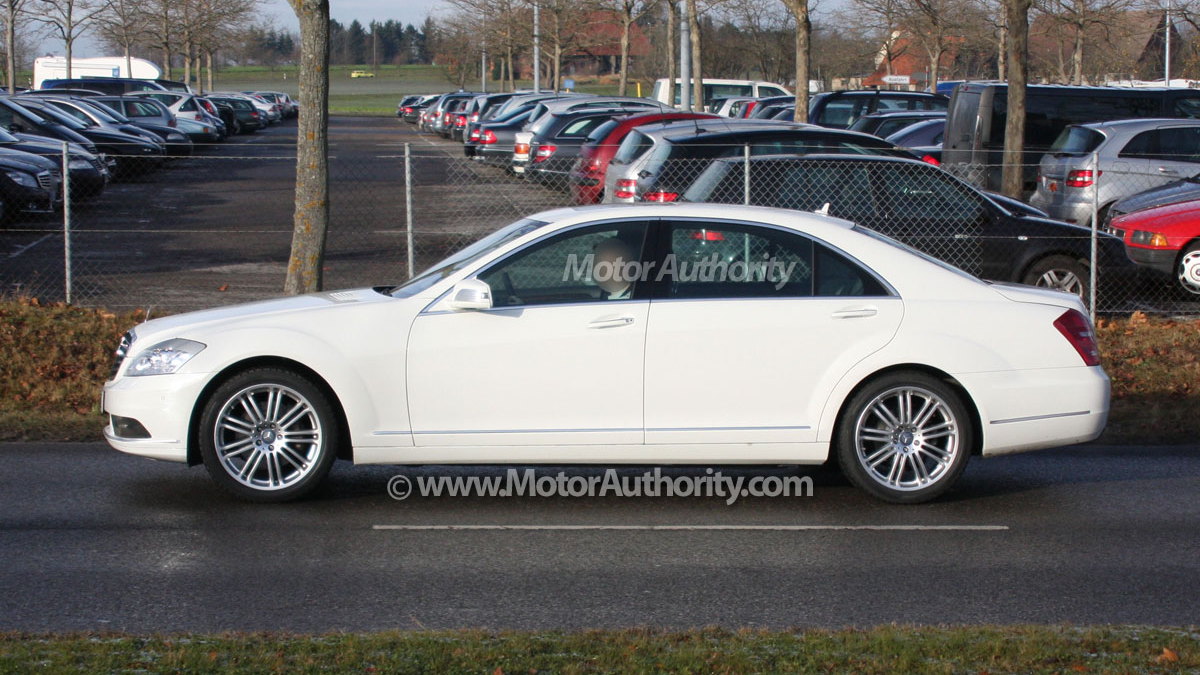 27
photos
The current generation Mercedes Benz S-Class and its associated AMG performance models have been on the market since the middle of the decade and are due to receive a minor update later this year to keep them fresh for their rivalry with the recently revealed BMW 7-series and next-generation Audi A8 arriving in 2010. Recent prototypes seen testing in Germany and the United States reveal that the only major exterior updates for the car are a set of new bumpers, new side mirrors, and a revised combination projector/LED design for the headlights.

These latest shots show an AMG version testing for the first time, revealing a new bumper design with squared-off intakes similar to those seen on the SL65 Black Series. Other clear giveaways that this is a high-performance model are the chunky cross-drilled brakes and quad exhaust pipes. New daytime running lights will also make an appearance.

Despite current concerns about global warming and a possible end to the horsepower war between Germany’s in-house tuners, the new S63 Estate will continue with the potent hand-built 6.2L V8. Power should remain around the 525hp (391kW) mark. A similar story can be told for the V12-powered S65, which should output the same 612hp (456kW) output as the current model. Expect to see engineers focusing on improving the efficiency of the cars through the use of direct-injection technology, engine stop-start systems, and more lightweight materials.

The facelifted S-Class range is expected to make its world debut at September’s Frankfurt Motor Show. While the standard models should be on sale before the end of the year, the AMG pair are not expected to hit showrooms until early 2010.