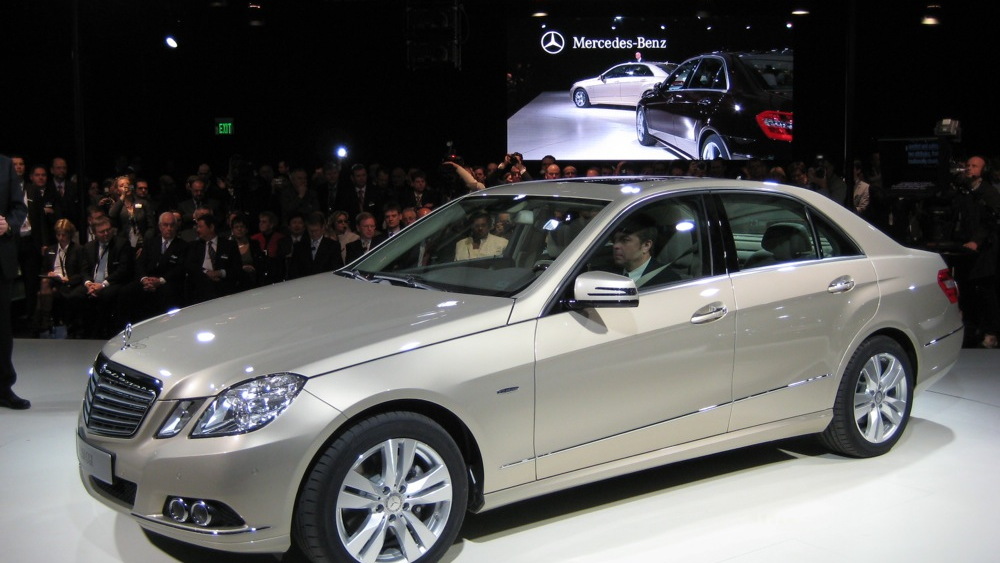 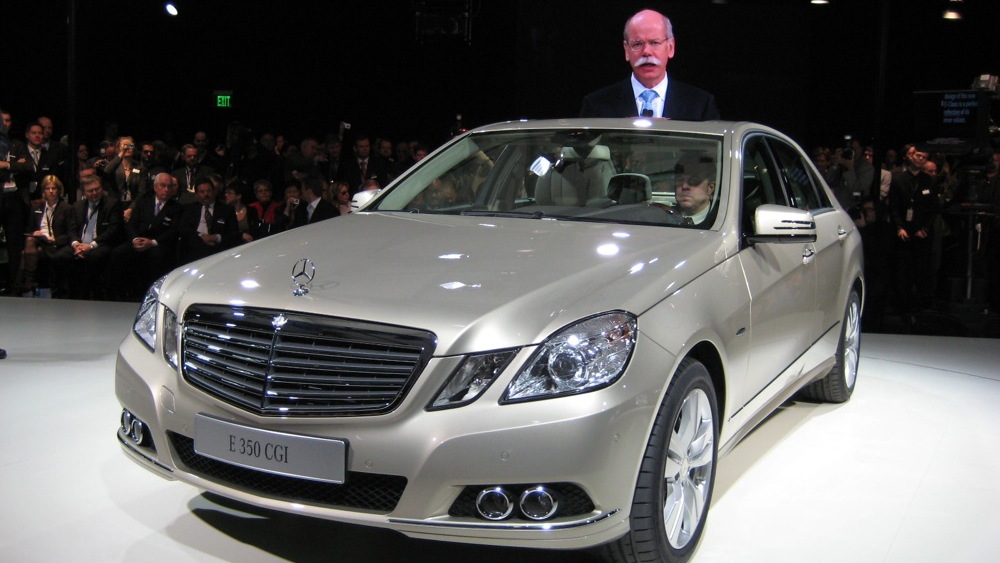 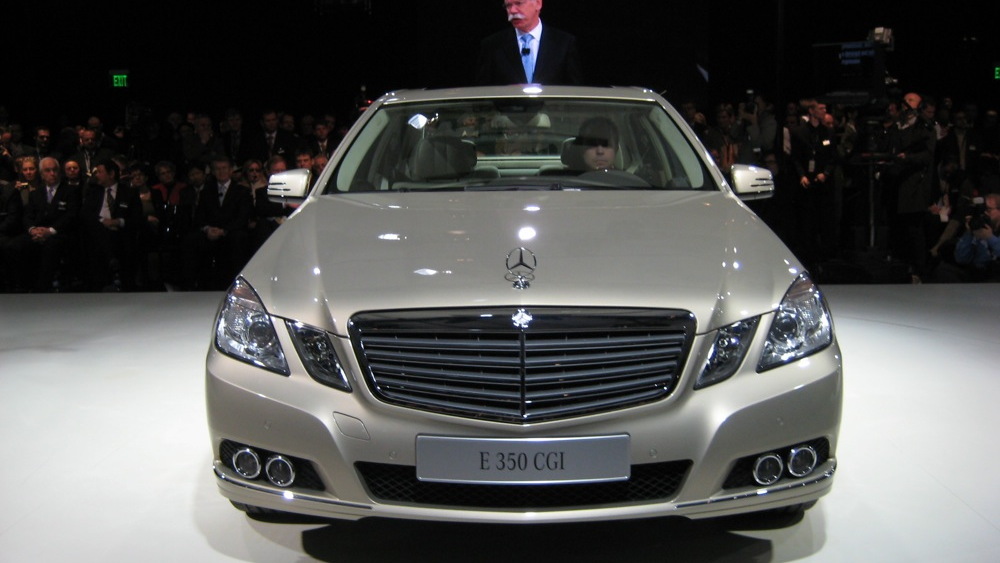 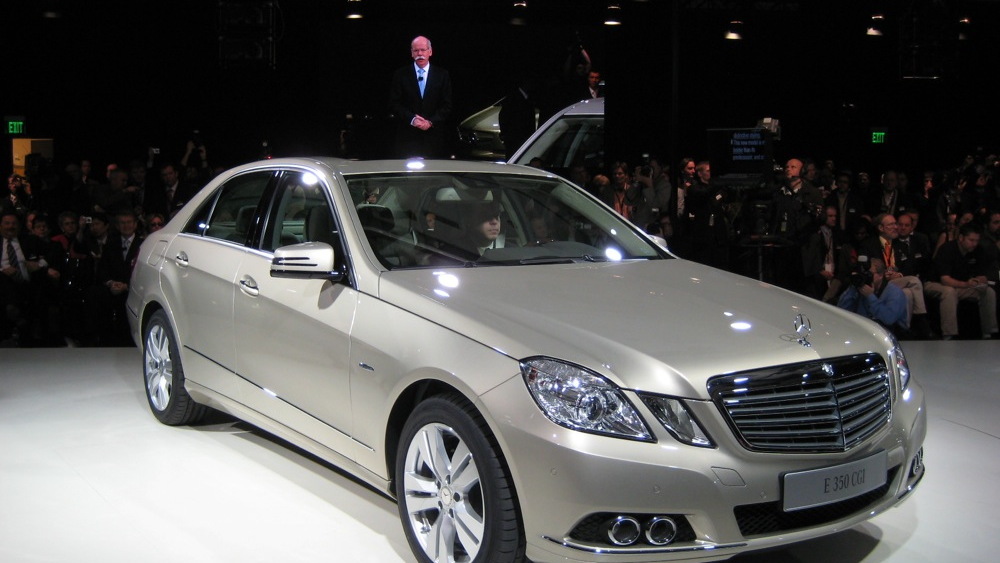 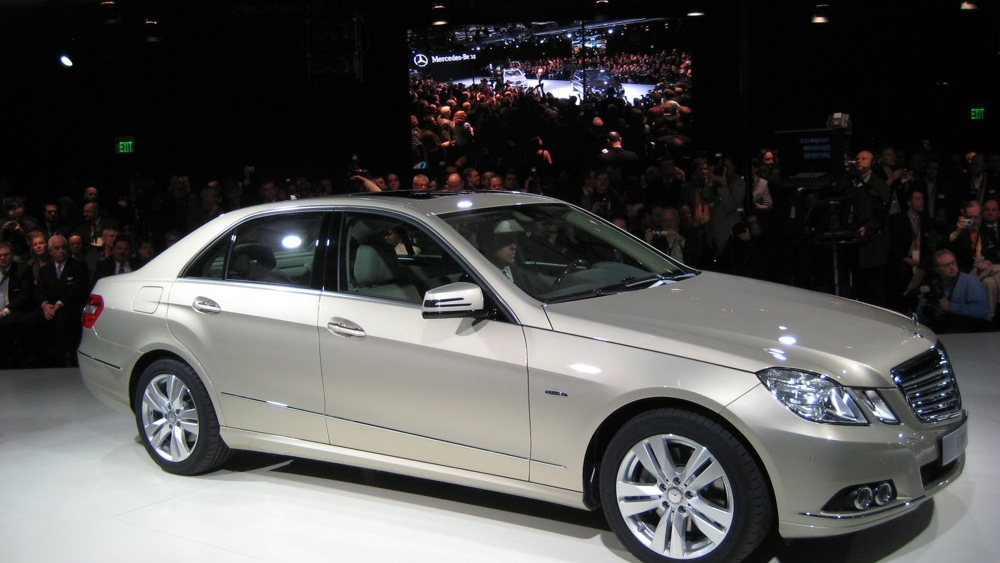 36
photos
In and amongst all the releases for new vehicles and concepts for this month’s Detroit Auto Show, Mercedes Benz has decided to quietly reveal details for its all-new E-Class sedan, which is set to go on sale in Europe this March following a debut at the Geneva Motor Show. The new model features more than 20 new or further technical developments, with a bevy of advanced safety features including Attention Assist, Adaptive Main Beam Assist and automatic emergency braking.

The car also sports a new bodyshell that is 30% more rigid than the outgoing model, as well as further improved seats and a newly developed suspension whose shock absorbers automatically adjust to the current driving situation. The optional air suspension also now works together with an electronic damping system.

Engineers have also made the new E-Class much more efficient, with direct-injection technology enabling the range to be, on average, 23% more fuel-efficient. The most frugal model is rated at 44.3mpg (5.3L/100km) for fuel-economy. All the engines also meet the EU5 emission standard, and in the case of the E350 BlueTEC the emissions are already below the EU6 limits planned for 2014.

The range of engines available for the new E-Class comprises four, six and eight-cylinder units with outputs from 100 kW/136 hp to 386 kW/525 hp – the top end model being the E63 from AMG. The four-cylinder engines are newly developed direct-injection units, which develop a higher output and torque than the comparable V6-engines of the preceding series despite a smaller displacement.

Safety features include an optional Adaptive Main Beam Assist, which uses a camera on the windscreen to recognise oncoming traffic and vehicles moving ahead, and controls the headlamps so that their beams do not reach the other vehicle. Also new is a Lane Safety package, which includes a Blind Spot Assist feature and Lane Departure warning system that causes the steering wheel to vibrate gently if it detects the car is leaving its lane.

Night View Assist from the S-Class is also available as an optional extra for the new E-Class. Engineers have improved this system with a special pedestrian detection function - as soon as Night View Assist Plus recognises pedestrians ahead of the car, they are highlighted in the onboard display to provide a greatly enhanced warning effect. One other feature is Attention Assist, which monitors how drowsy a driver is using a steering wheel angle sensor and can alert them if they start to dose off.

With seven airbags as standard, belt tensioners, belt force limiters, crash-responsive head restraints and ISOFIX child seat attachments, the new E-Class has even more extensive safety features than the preceding model. Another new feature is the active bonnet, which raises the rear section of the bonnet by 50mm within milliseconds of an accident to protect pedestrians. A similar system has been used in the Jaguar XK and Nissan GT-R.

For improved comfort and style, Mercedes has added seat-piping, a new massage function from the S-Class, and an optional rear seat unit consisting of two individual seats.

Standard specifications include 16in light-alloy wheels in a nine-spoke design, eucalyptus or embossed aluminum trim (optional) and a four-spoke multifunction steering wheel lined Nappa leather with chrome inserts. Also included in the standard equipment is the Audio 20 CD infotainment system with a twin receiver, CD-player, eight loudspeakers and a Bluetooth interface for a mobile phone. The colour display in the centre of the dashboard can be operated by the driver or front passenger, using the Controller on the centre console.

Once again, the E-Class can be ordered in the Elegance or Avantgarde lines of trim, and there is also an AMG sports package that adds a bodykit, sport seats with enhanced lateral support, a three-spoke sports steering wheel with shift paddles, perforated disc brakes with the Mercedes logo and 18in light-alloy wheels in an AMG design.

The specifications listed are primarily for the European models, though we do expect some of the above trims to come to the U.S. Official details for the new 2010 U.S. E-class will be revealed closer to the launch date.