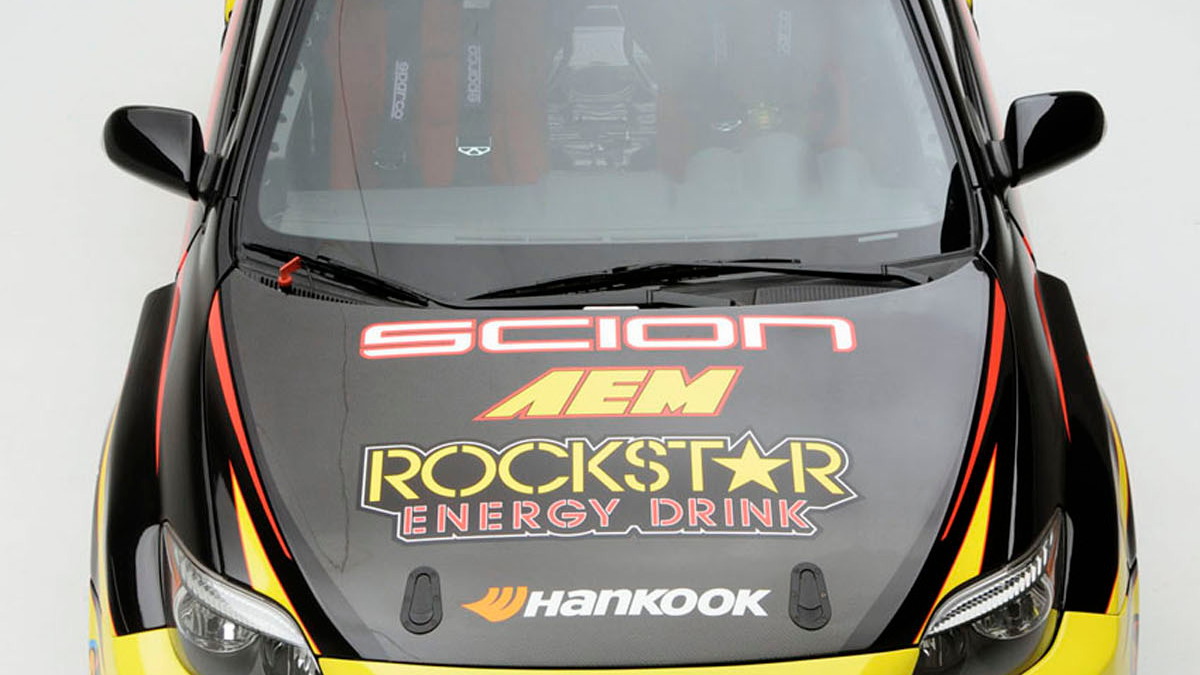 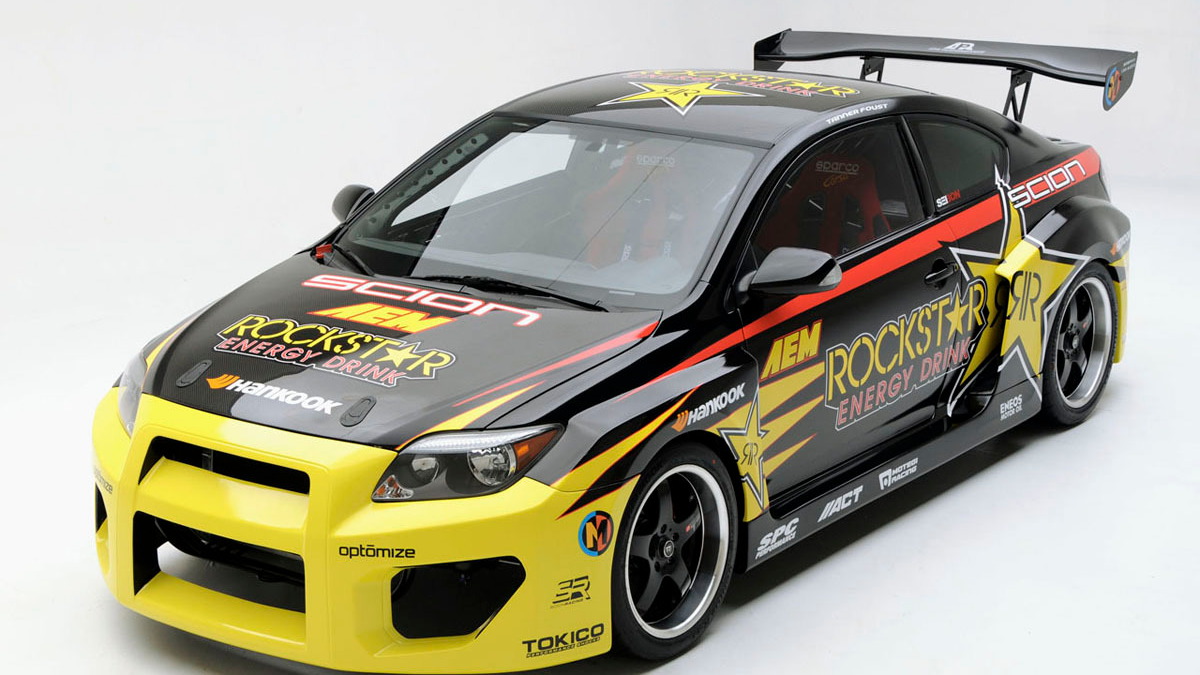 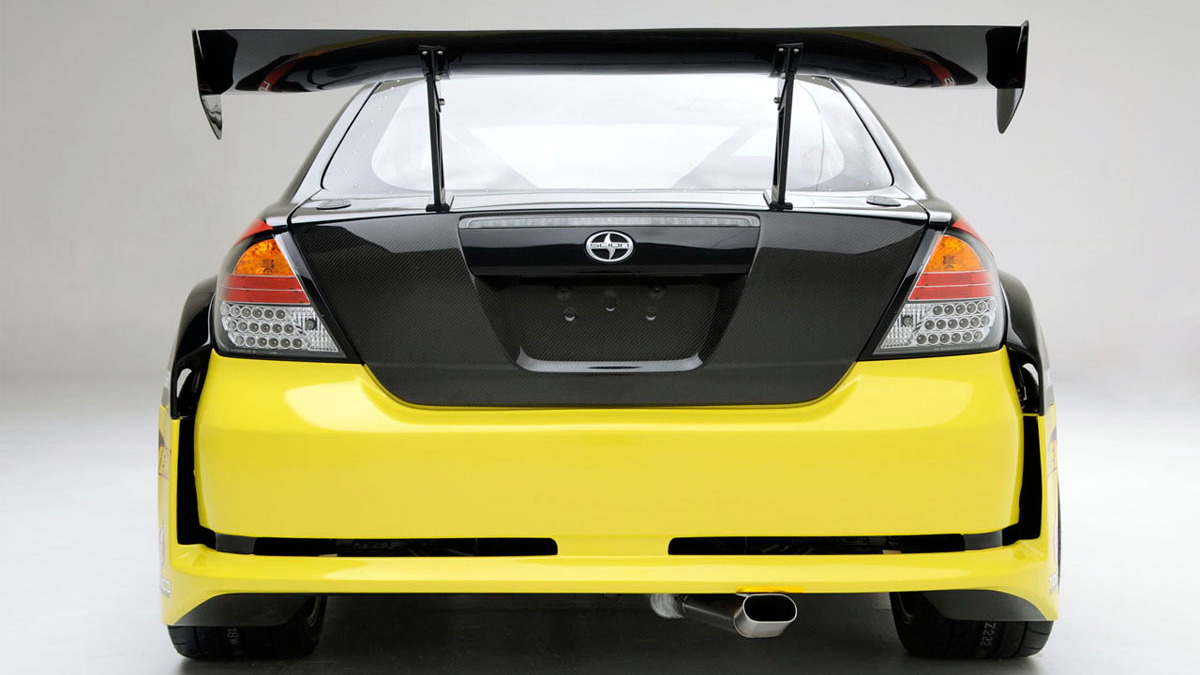 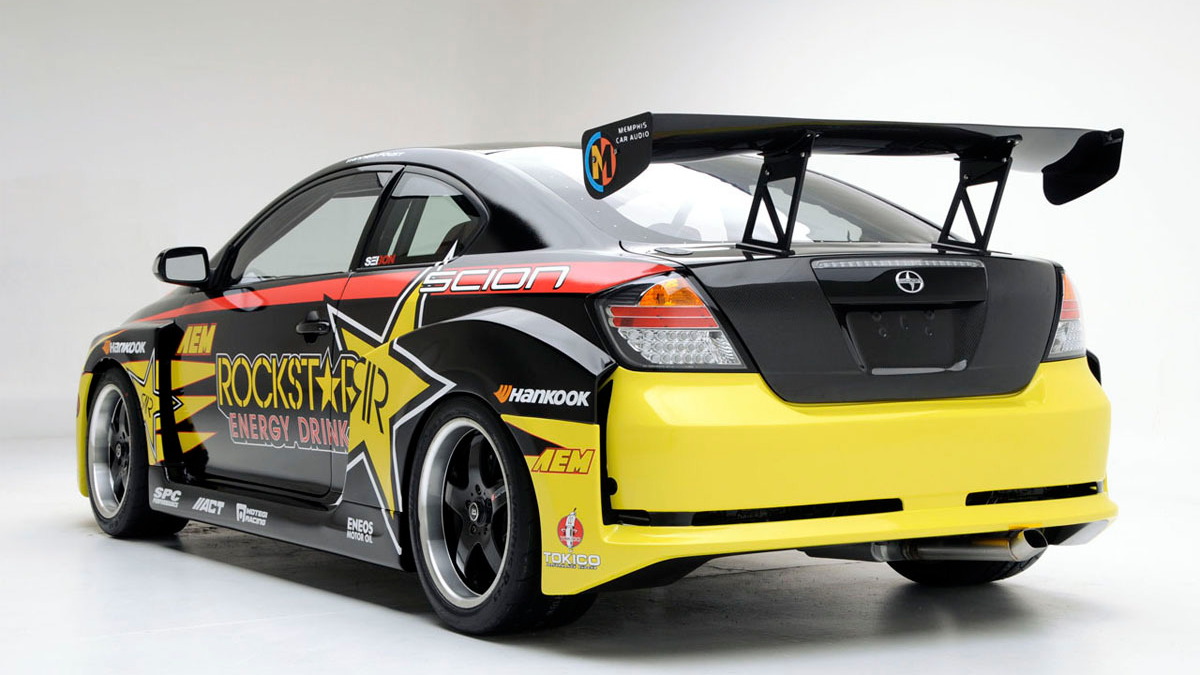 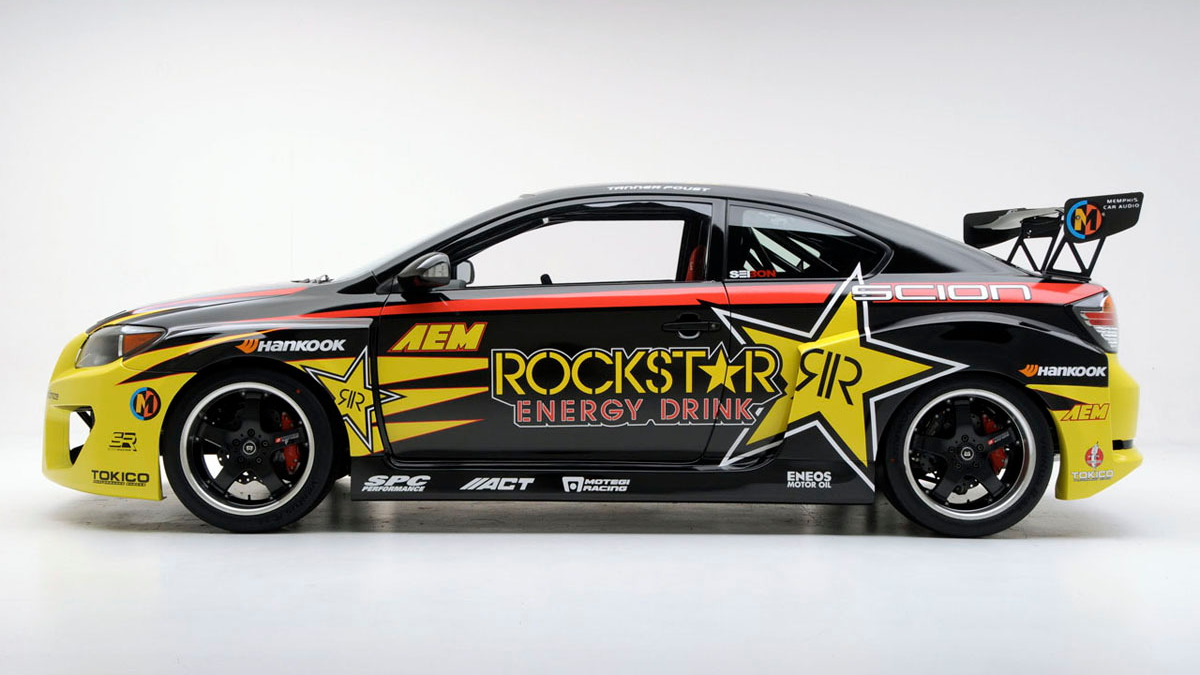 8
photos
Last year we reported on the RS*R 400hp Scion drift car that was competing in the D1 Formula Drift Championship. After its first successful seasoning campaigning the tC sports coupe in Formula Drift, Scion decided to return to the series in 2009 with another team supporting a second tC, and this is the car that was built for that team.

To become a drift king, however, the punchy little Scion had to undergo some major corrective surgery, including a complete driveline reconfiguration, putting the power at the back. The tC shares a common platform with Toyota's Japanese market Avensis four-wheel drive and Caldina all-wheel drive, a factor that likely helped it to undergo the adaptation. Spinning those drive wheels with sufficient fury to provide fan-pleasing clouds of smoke is a V8 engine based on Toyota's NASCAR racing engine, rated at 650hp (485kW) and 450lb-ft (610Nm) of torque, according to Edmunds.

The Rockstar team also has some serious driving credentials behind it, with two-time Formula Drift champion Tanner Foust among the drivers. Foust is noted for his work as a stunt driver for movies such as the 'Fast and the Furious: Tokyo Drift', 'The Bourne Ultimatum' and the 'Dukes of Hazzard'. He was also slated to be one of the presenters of the now-in-limbo American version of Top Gear.

The Scion drift car is run by the Scion Drift Team in conjunction with Rockstar Energy Drinks. The crew at AEM made the drift car out of a factory-built, front-wheel drive tC and turn it into a drifting contender through a rear-wheel drive conversion from their production facility, which features an on-site chassis dynamometer and machine shop for custom fabrication needs.