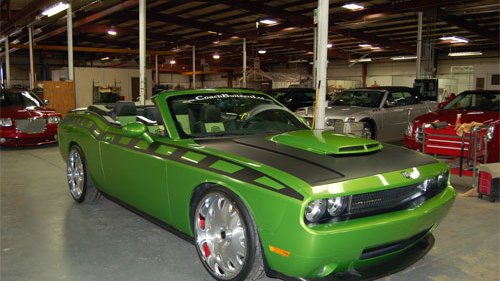 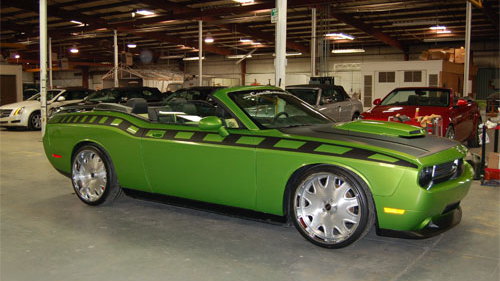 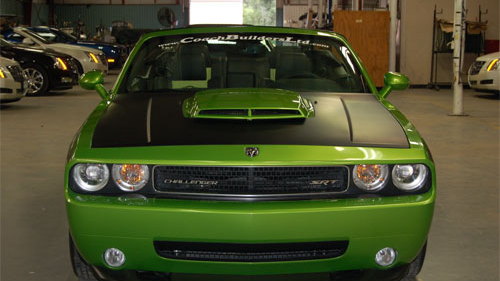 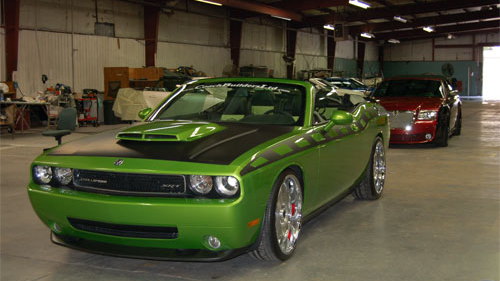 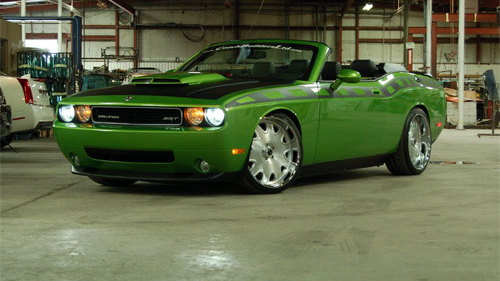 16
photos
While Chrysler may have ruled out adding a convertible variant of the 2009 Dodge Challenger, no fewer than three open top versions of the rejuvenated muscle car will be on show at this year’s SEMA event in Las Vegas. The first custom convertible, announced two weeks ago, is the creation of Florida-based Coach Builders Ltd, which plans to start building the cars to order by the middle of next month. The second, from Newport Convertibles, is an example of the work the shop is currently offering on 2008 and 2009 model Challengers. And the latest, from Group 5, offers a glimpse at a two-seat speedster version of the chopped-top Challenger.

So far all that has been revealed of the Group 5 car is a pair of drawings, but they clearly show a Dodge Challenger SRT8 getting its top sliced, as well as a chopped front windshield and the replacement of the rear passenger area with a tonneau cover. Further modifications include relocated center-exit exhaust tips, a reworked rear bumper, redesigned tail lights, and a set of deep-dish custom wheels. While it may just be artistic license, the drawings also depict shaved door handles and no badges except for an SRT logo front and rear.

Newport Convertibles, builders of a wide range of custom convertibles spanning from the Toyota Prius to Hummer - literally - is offering its drop-top treatment to any 2008 or 2009 customer Dodge Challenger. While Newport Convertibles already offers a convertible Challenger, the model it is bringing to SEMA will be a specially modified version, reports AutoWeek. Though details on the vehicle are yet scarce, it does appear to be wearing a set of custom orange and black wheels in the neighborhood of 20" in diameter.

Meanwhile, the cost of the Coach Builders, Ltd. conversion is $16,000 on top of the price of a Challenger coupe, and consists of a roof removal process, the adding of new strut bars and body reinforcements, as well as the installation of a padded hydraulic cloth top. Additionally, a heated rear window and a fabric headliner are also included in the price of the conversion.

Pricing for the 2009 Dodge Challenger starts at around $22,000, meaning that a convertible Challenger built by Coach Builders Ltd. can be sitting in your garage for less than $38,000. Opting for the SRT8 performance will set you back a cool $58,000. Compared to this, a V8 convertible Mustang costs just $33,000, while the base V6 Mustang convertible starts around $25,000.

In addition to providing a top-down Challenger driving experience, Coach Builders will also be offering customized interiors, performance upgrades and other unique features for those willing to pay extra, reports Edmunds.

Also on show at the upcoming SEMA event will be Coach Builders’ previous Cadillac CTS and Chrysler 300 four-door convertibles.