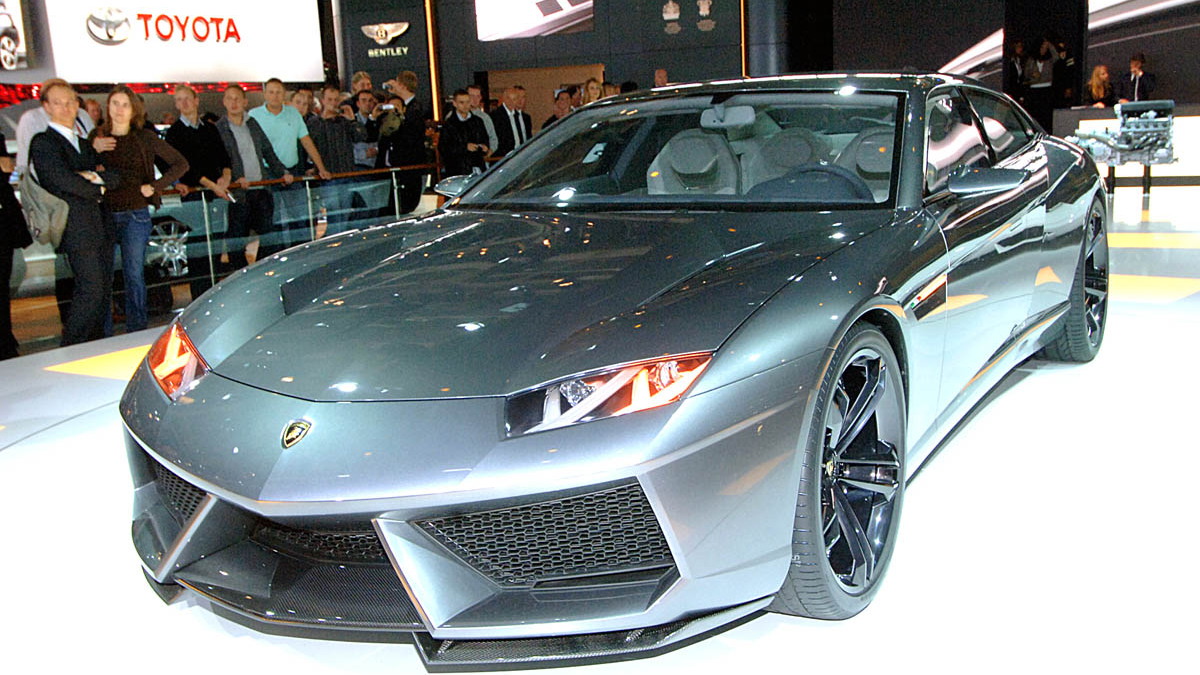 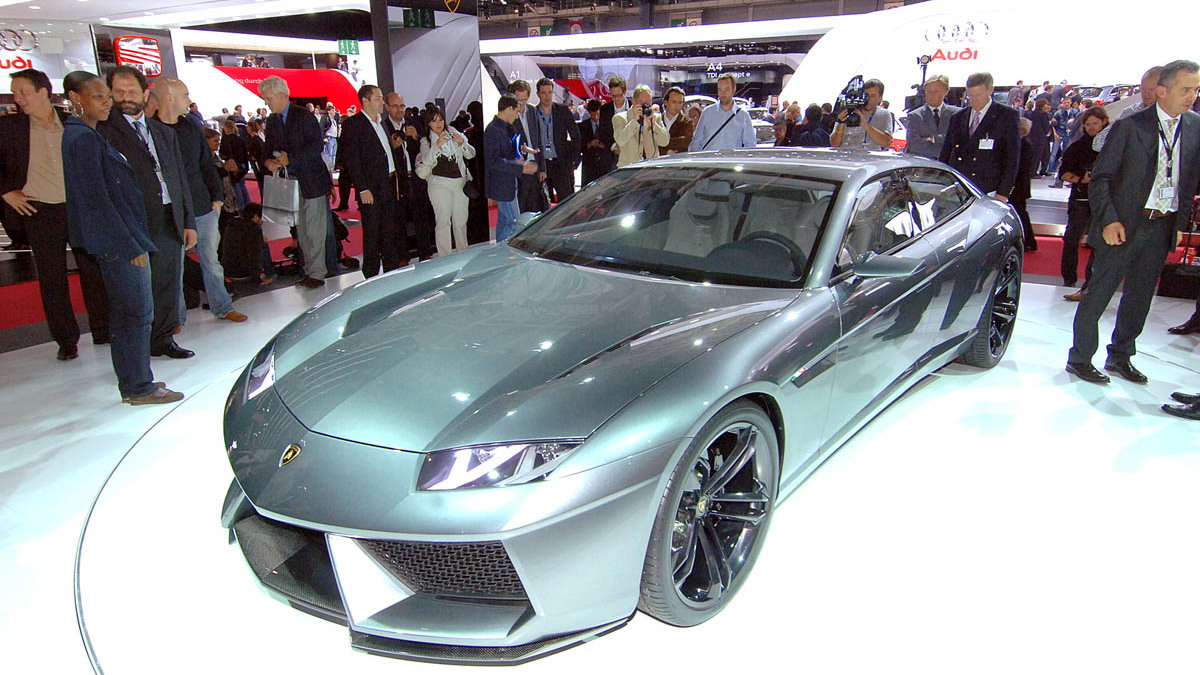 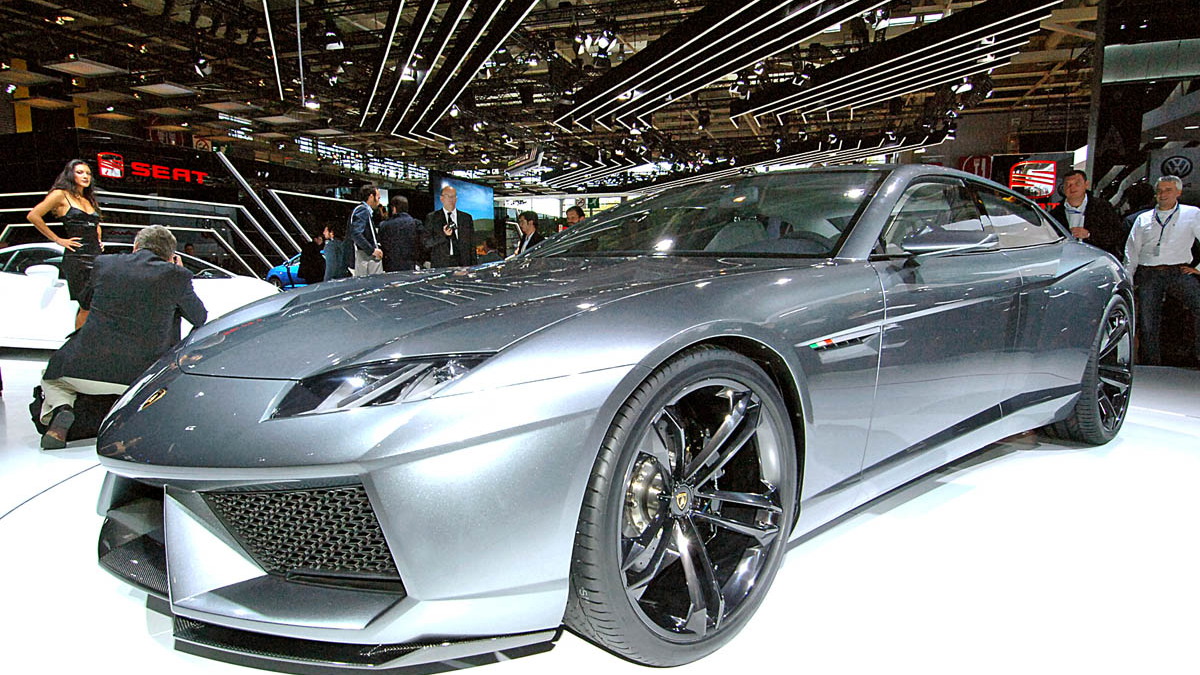 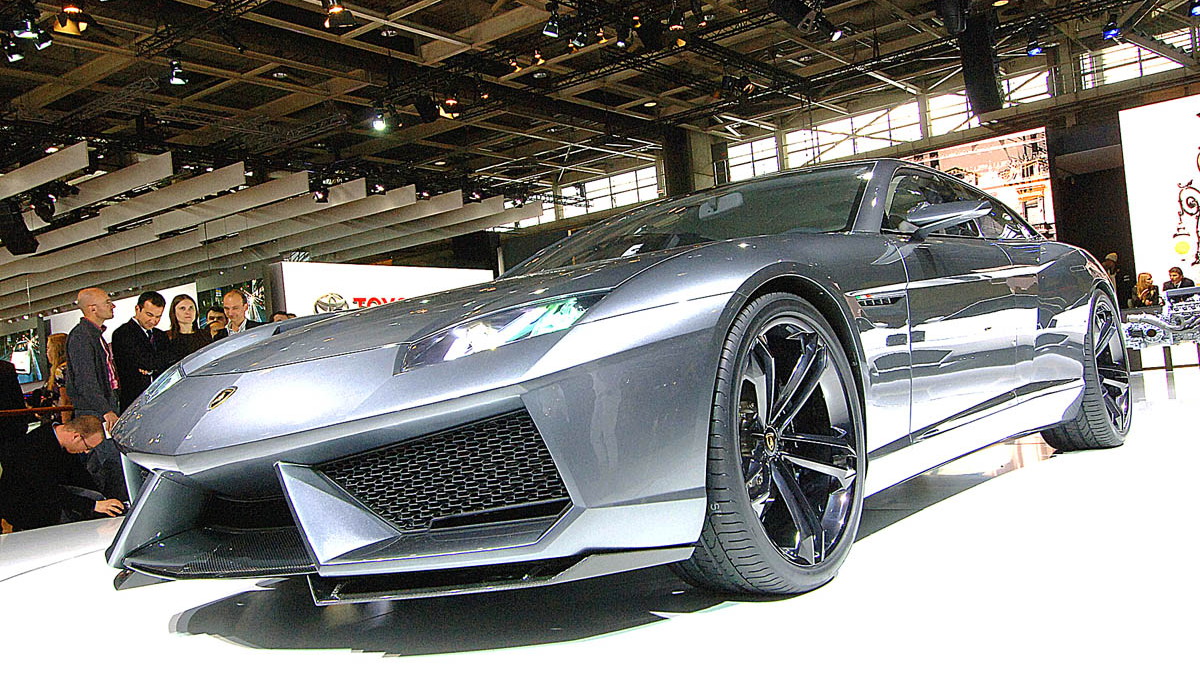 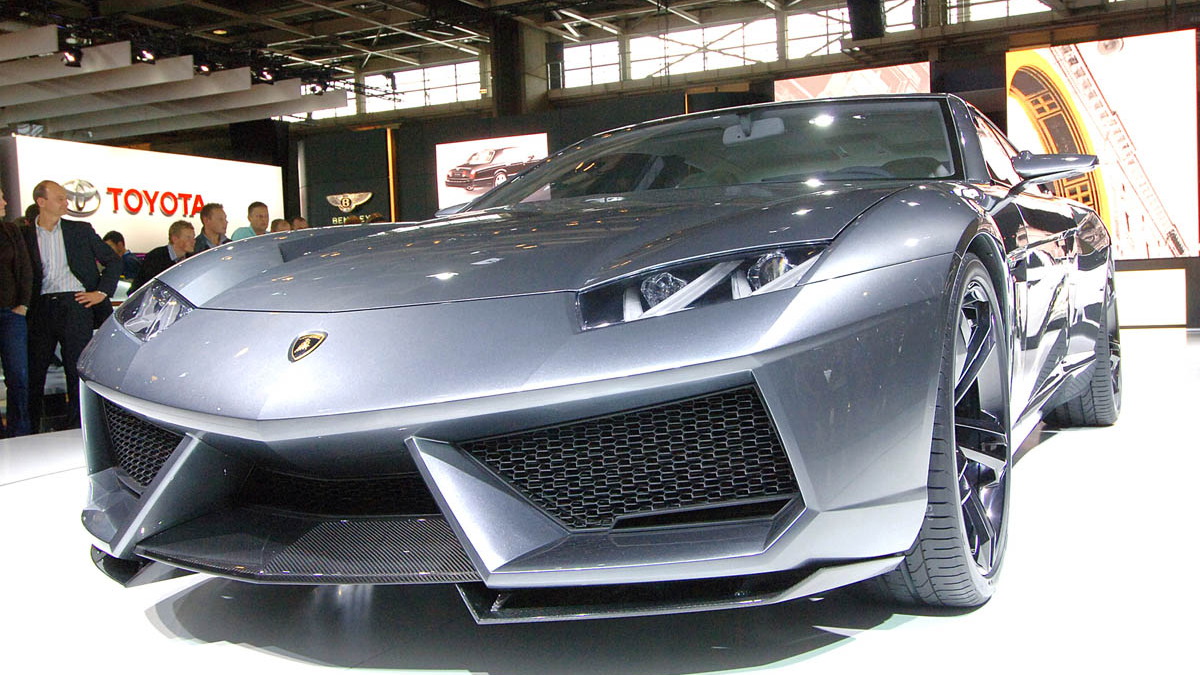 Earlier this month Lamborghini surprised the automotive world by announcing plans to unveil a brand new concept at the upcoming Paris auto show. Following that announcement was the release of a number of teaser shots and ample speculation hinting at what the new model could be.

The car's Paris debut revealed a super sedan that smashes the Lamborghini archetype. Now new photos show glimpses of the interior and several more live angles that indicate how close to production Lamborghini may really be with the Estoque.

The new photos reveal a cockpit that's simultaneously exotic and realistic, replete with navigation screen, switchgear and double-stitched leather. Control stalks on the steering column are functional-looking and well labeled, indicating they are intended to be used. The steering wheel even features the typical built-in controls and design you'd expect of a production vehicle, rather than the mono-spoked U-shaped oddities that often adorn pure concepts.

The production-ready appearance makes sense, since the Estoque concept vehicle is expected to preview a production vehicle that will be essentially identical, though Lamborghini insists it hasn't yet decided which car will fill the third slot in its lineup. Other models are apparently being considered, though they have not yet been revealed.

If it is chosen for production, the new saloon will go up against premium four-doors currently being developed by the likes of Aston Martin and Porsche, and is expected to be first revealed in final trim late next year or in early 2010. It would not go into production until at least four years from its approval date, meaning very late 2012 at the earliest. Sales volumes of the model are projected to reach 2,000 to 3,000 cars annually - about the total volume of all Lamborghini sales in 2007. Pricing is expected to fall into the $200,000 range alongside the Gallardo LP560-4 coupe, reports Automotive News. The ultimate decision on production will come down to profitability, however. "If it's a feasible dream but an economic disaster, we cannot propose it," said CEO Stephan Winkelmann.

The new concept car measures 5.15m in length and is distinguished by its low profile, Reventon style front bumper and tail-lights, vented bonnet and LED elements. Under the front hood - unusual for a Lamborghini - sits the 560hp 5.2L V10 engine from the Gallardo LP560-4, however, Lamborghini has revealed that the future production model could feature anything from a V12 TDI to a V8 hybrid, sourced from parent VW Group. The gearbox is also in a non-traditional Lamborghini location: behind the front axle. In effect, the entire drivetrain of the Estoque is reversed from its traditional mid-rear engine layout, but the company insists that it is nevertheless equally balanced.

Inside, the car features four individual seats and extensive use of Nappa leather. For the driver, a large LCD screen displays a wide range of information, including navigation and vehicle information. The display can be configured to present the information in a variety of formats, including classical circular gauges or modern computer-inspired readouts. Practicality may not be precisely synonymous with the Lamborghini name, to put it mildly, but the Estoque could change that perception with a spacious trunk large enough to hold 'several golf bags' or articles of luggage. Together with its sporting demeanor, relaxed ride and four-seat passenger space, the Estoque could actually be a very useful vehicle.

Inside sources have revealed that the Estoque concept is almost ready for production, and will likely feature a smaller engine than the current 5.0L V10 powering the Gallardo, with drive sent to all four wheels. Its platform will likely be an all-aluminum design shared with the next-generation Audi A8 but there will be enough unique features to ensure the Lamborghini remains a performance thoroughbred. Using such lightweight materials will also help the company shave its emissions by 40% over the next 7 years, it hopes, and will make the Estoque the lightest AWD super sedan available.