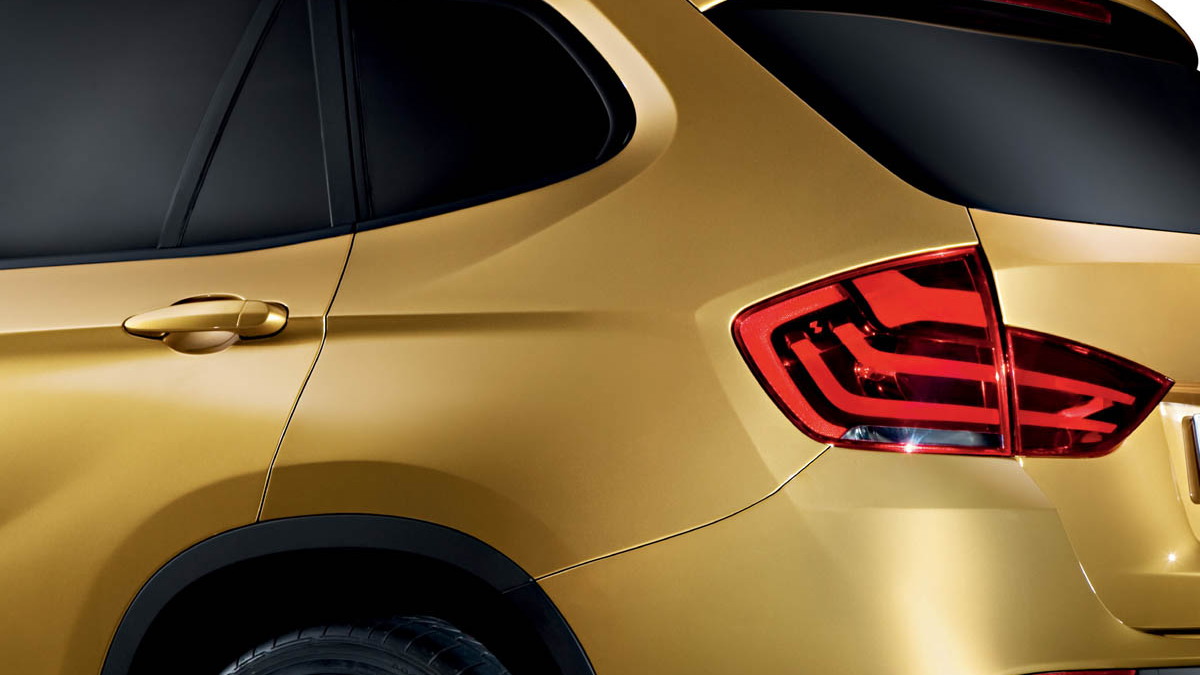 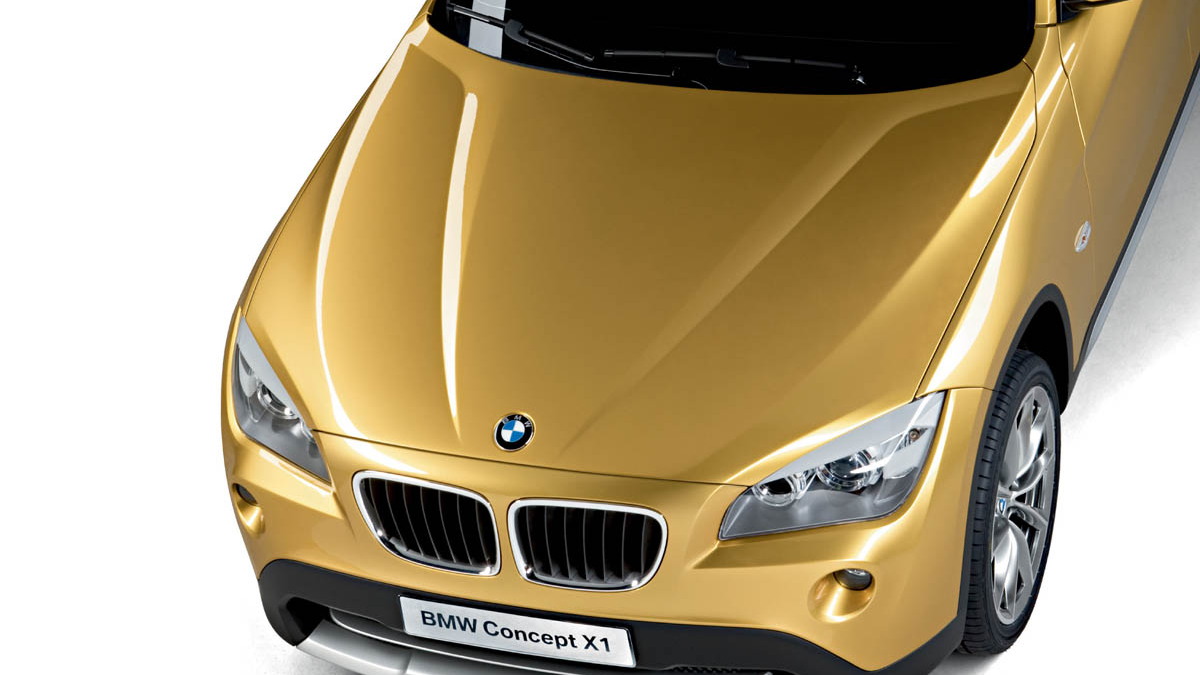 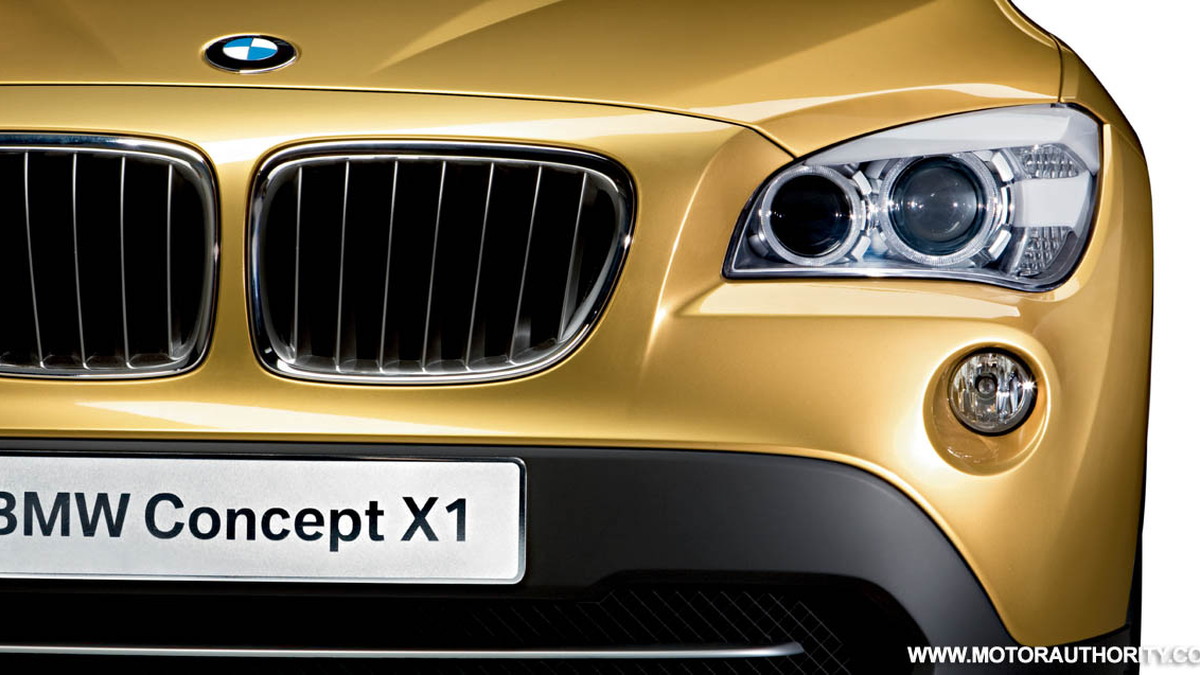 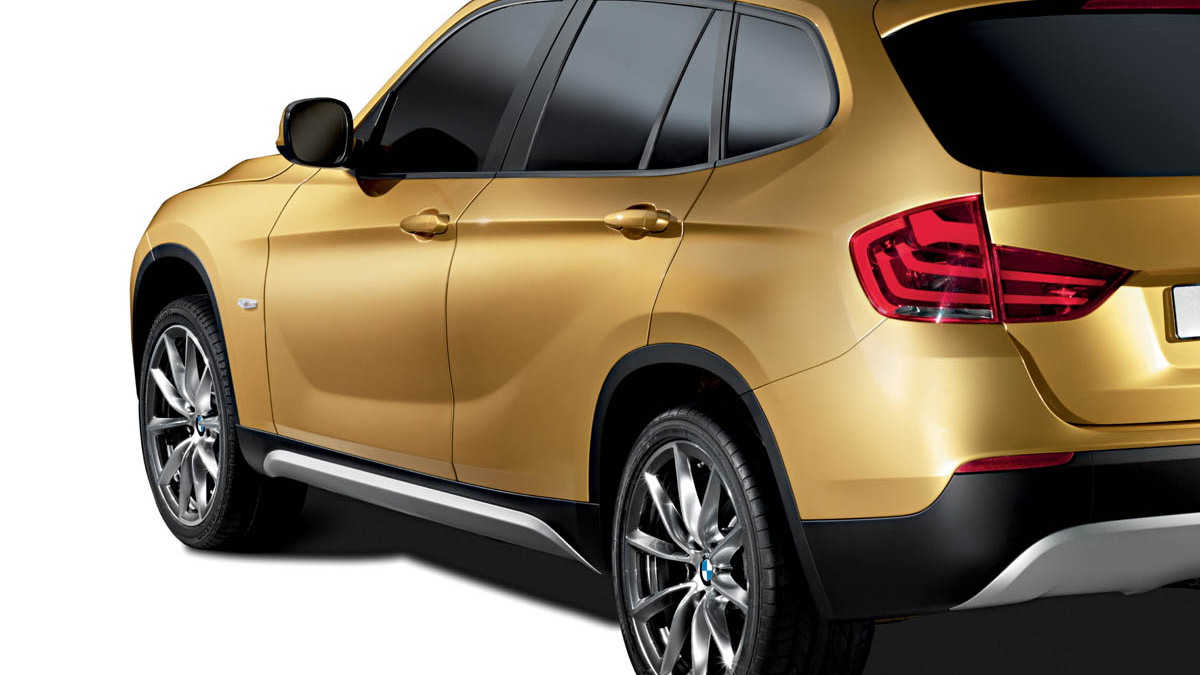 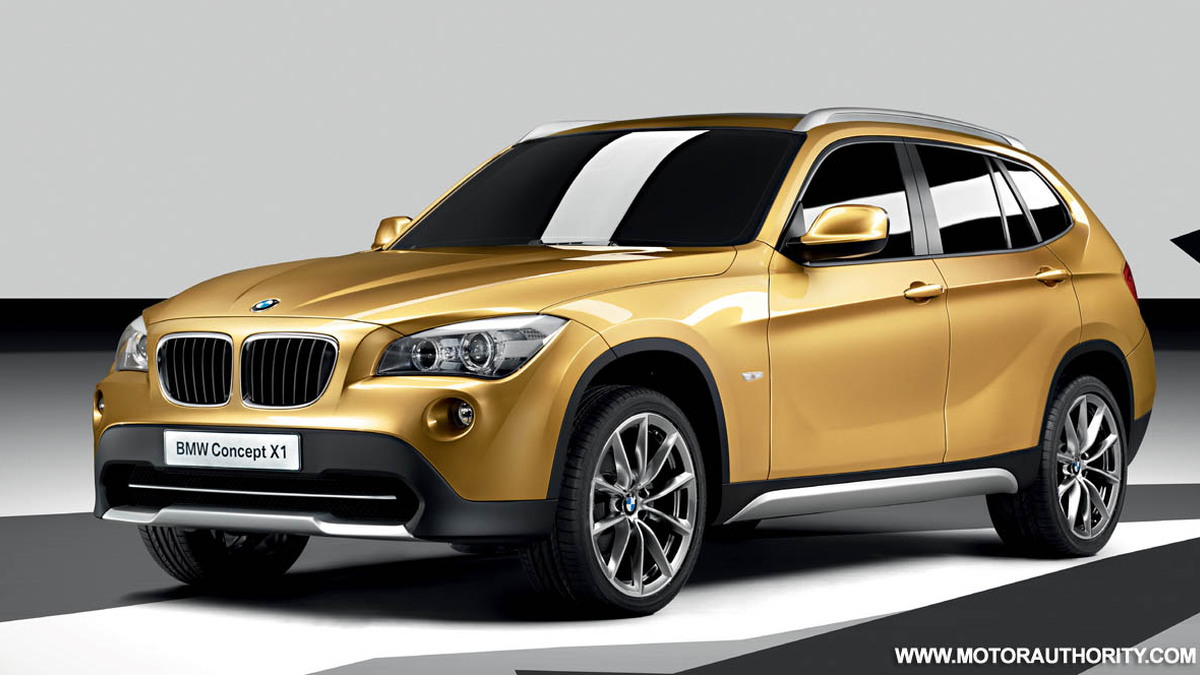 The next couple of years will be very busy for BMW as it launches a handful of new models including new versions of current top sellers and some models we’ve never seen before. One of these brand new models will be a compact SUV called the X1, and today BMW has released full details for a concept version of the car that will be on display at this week’s Paris Motor Show.

In true BMW tradition, the Concept X1 is expected to be almost identical to the final production version due towards the end of next year. It resembles a shrunk-down version of the X5 SUV with some elements from the X6 thrown in, and a healthy share of typical BMW styling to fill in the rest.

At the front, six contour lines and the three-dimensional shape of the bonnet project a sporty appearance. The inner lines taper out sharply to the front towards the BMW kidney grille, whilst the outer lines continue into the shoulder contours at the side.

The Concept X1 comes with dual round headlights cut off at the top and accented with a white-colored horizontal cover at the top edge. Typical of BMW X models, the fog lamps are positioned far to the outside, just above the air intake scoop.

The side view of the BMW Concept X1 also comes with all the typical features of a BMW X model, with short front overhangs, large wheel arches with almost square contours and the waistline made slightly lower around the A-pillars.

As a special design feature specific to this model, three-dimensional contours encompass the headlights and rear light clusters to make them stand out.

Measuring 4,457mm in length, the BMW Concept X1 is 108mm shorter than the X3. Its wheelbase measures in at 2,760mm. The wheels measure 19in in diameter and feature a two-tone ten-spoke design.

Production of the X1 is expected to top the 100,000 mark and will start at a BMW plant in Leipzig by the middle of next year. The X1 will be priced higher than the 1-series, likely starting close to the $30,000 mark in the United States.

Much of the car’s components will also be shared with an upcoming SUV model from Mini. A concept version of the Mini SUV will also be in Paris, but you can see the vehicle in our previous story by clicking here.2008 BMW Concept X1