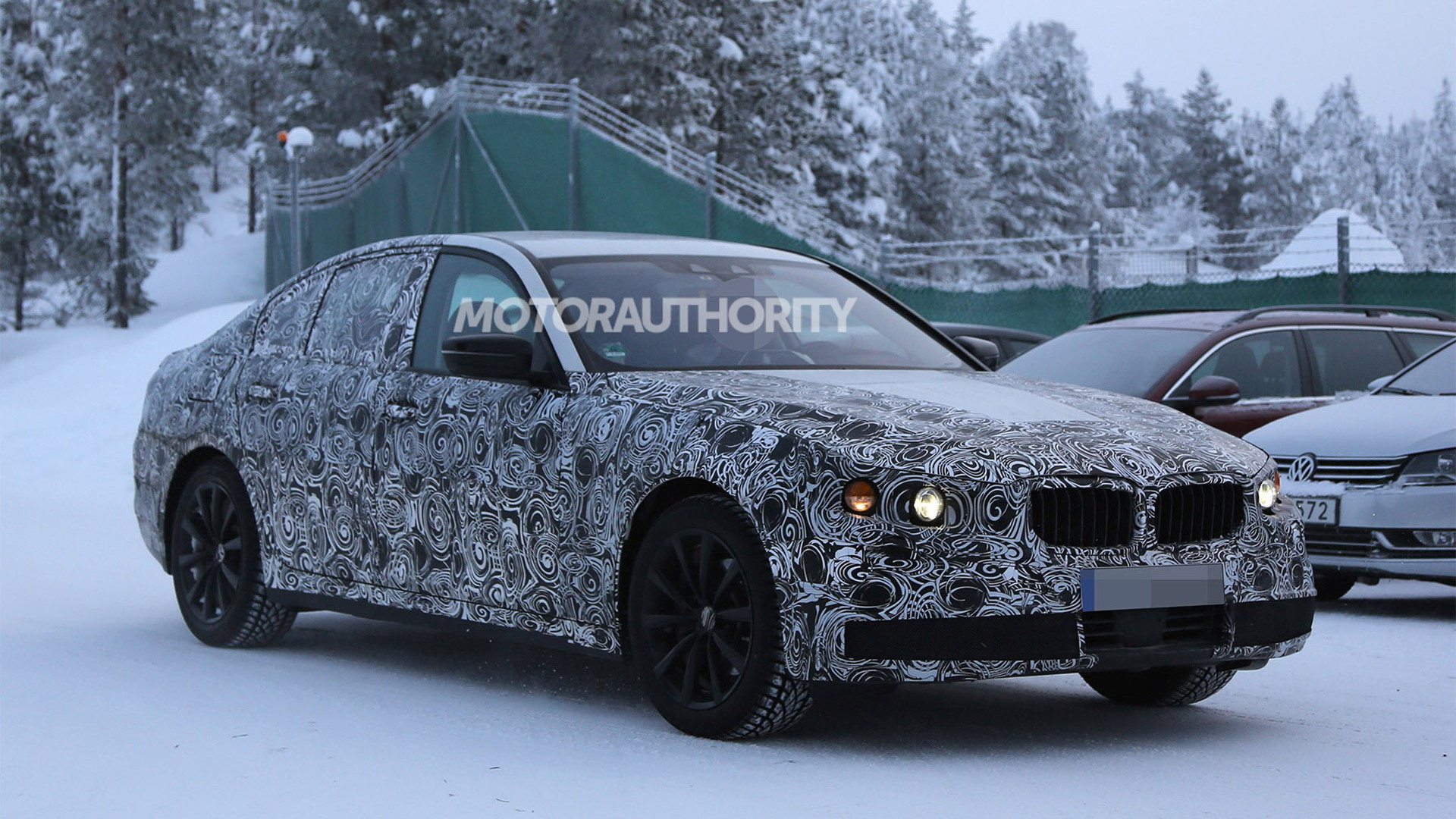 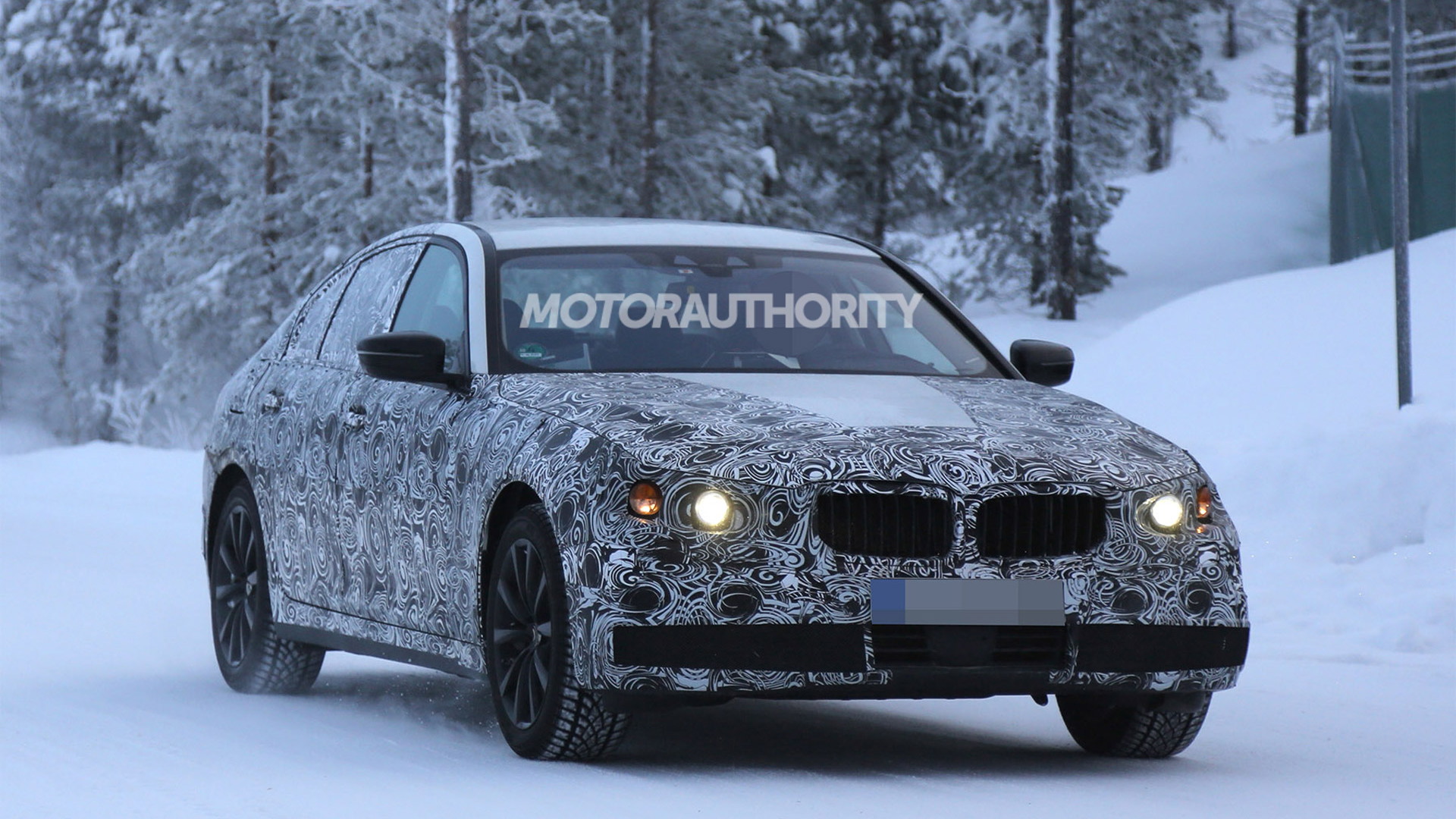 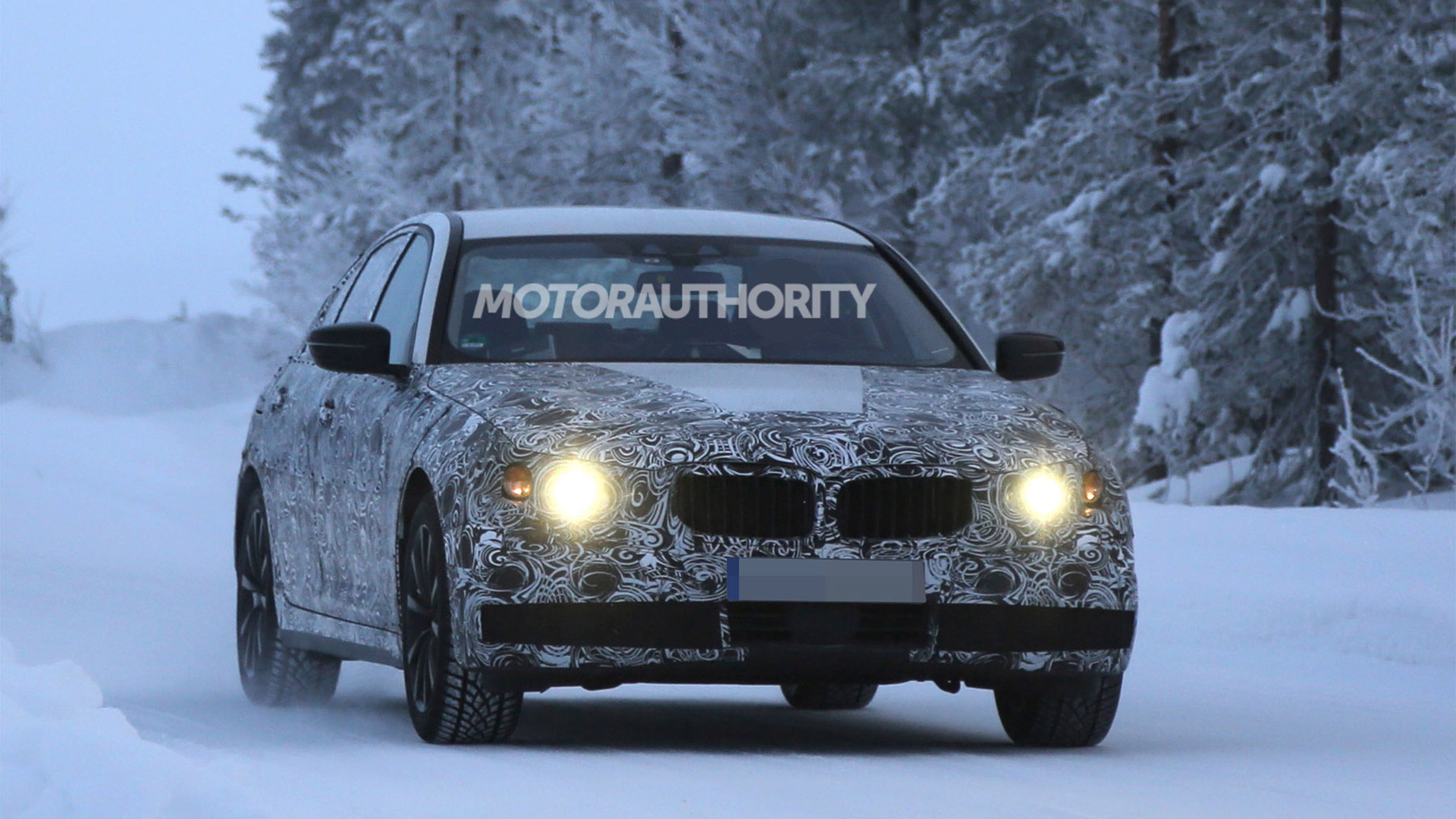 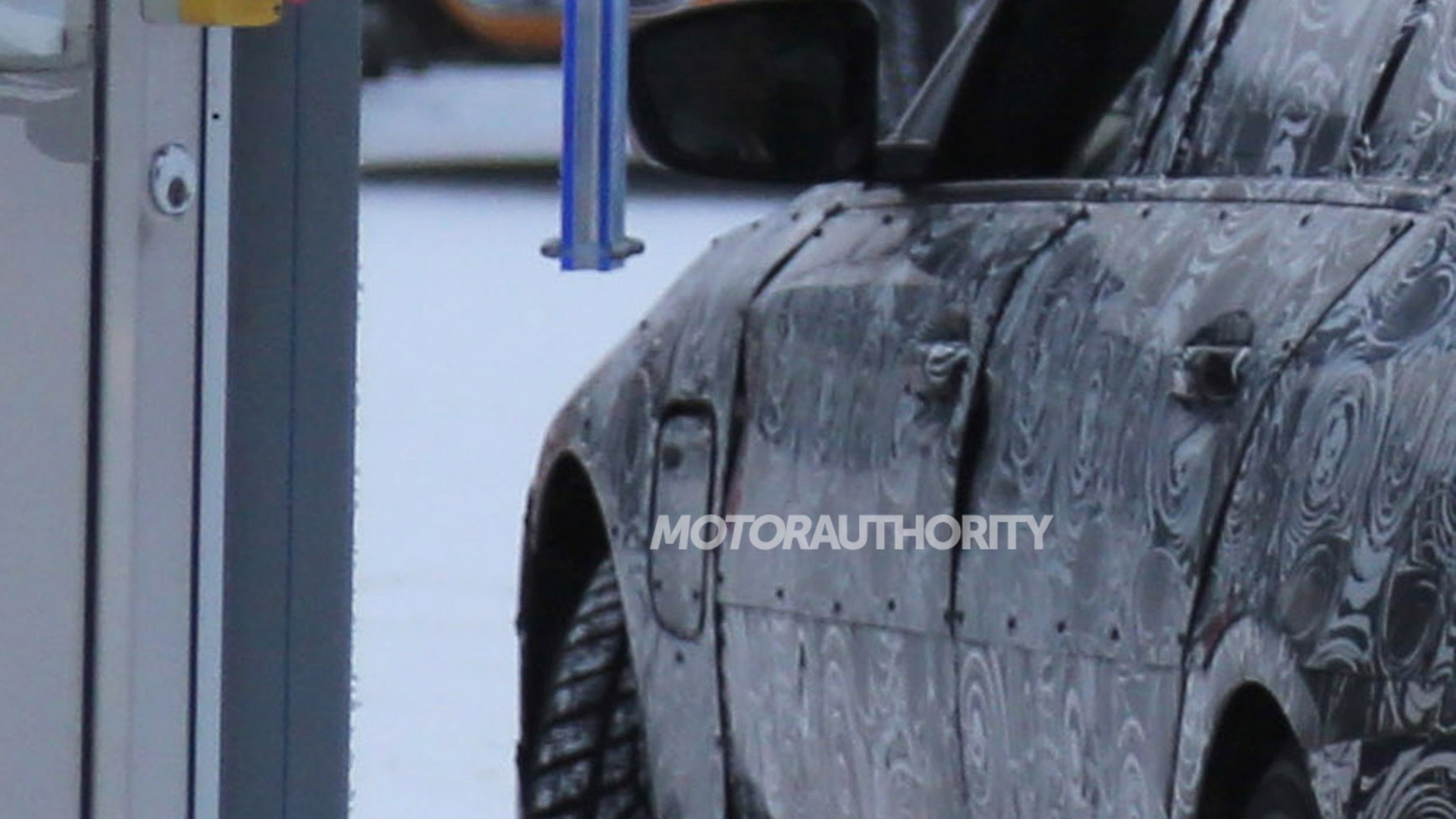 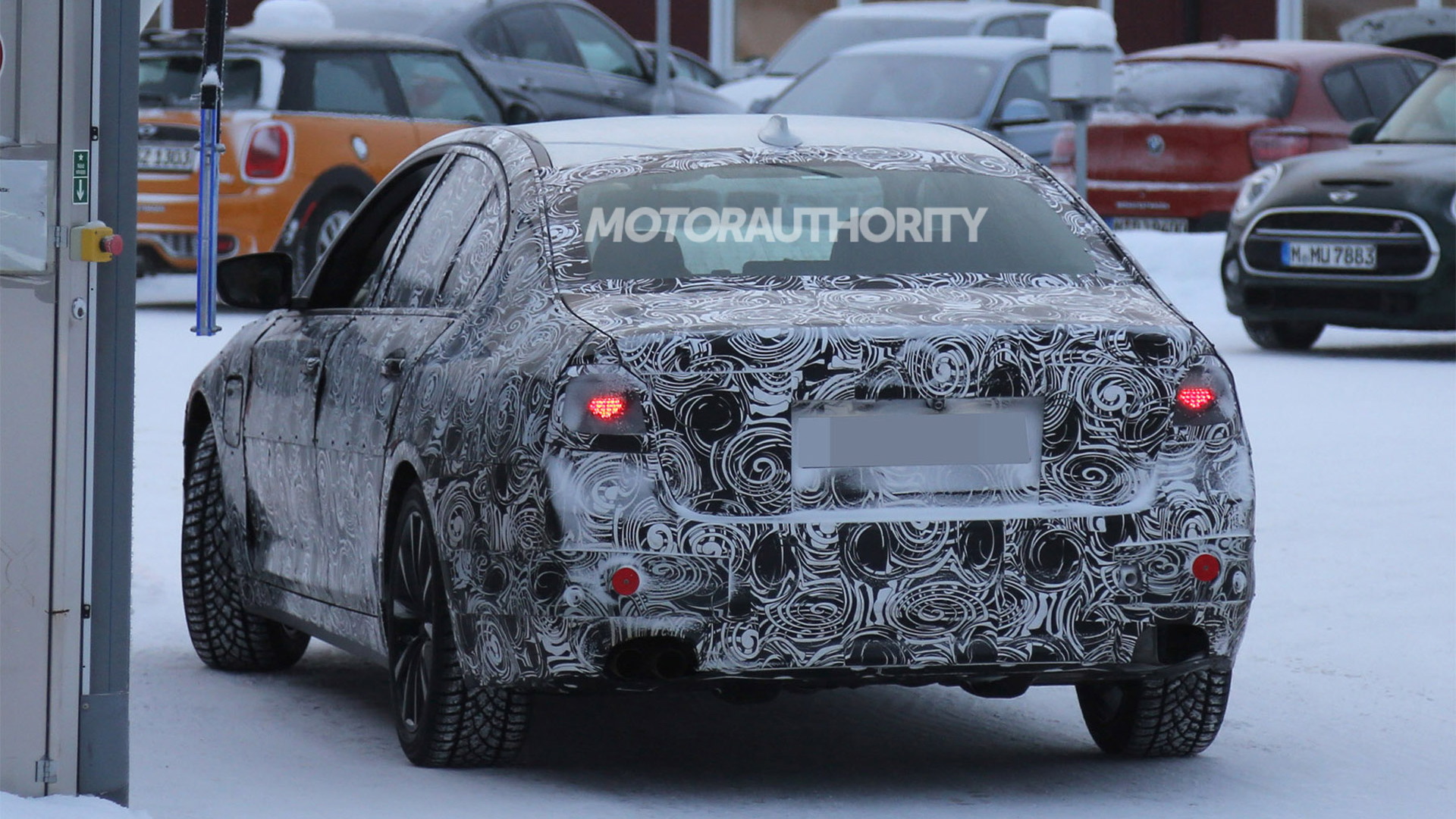 The new 5-Series, codenamed the G30, is due out in 2016, as a 2017 model, and like the new 7-Series will be based around BMW’s all-new ‘35up’ platform. The 35up is modular design that will eventually underpin most of BMW’s models sized from the 3-Series up.

It will incorporate some lightweight materials in its construction, such as aluminum and carbon fiber, helping to drastically reduce the weight of BMW’s models, which have become quite bloated in recent years. We hear the new 5-Series could weigh as little as 3,300 pounds in some trim, making it around 220 lbs lighter than the current model. 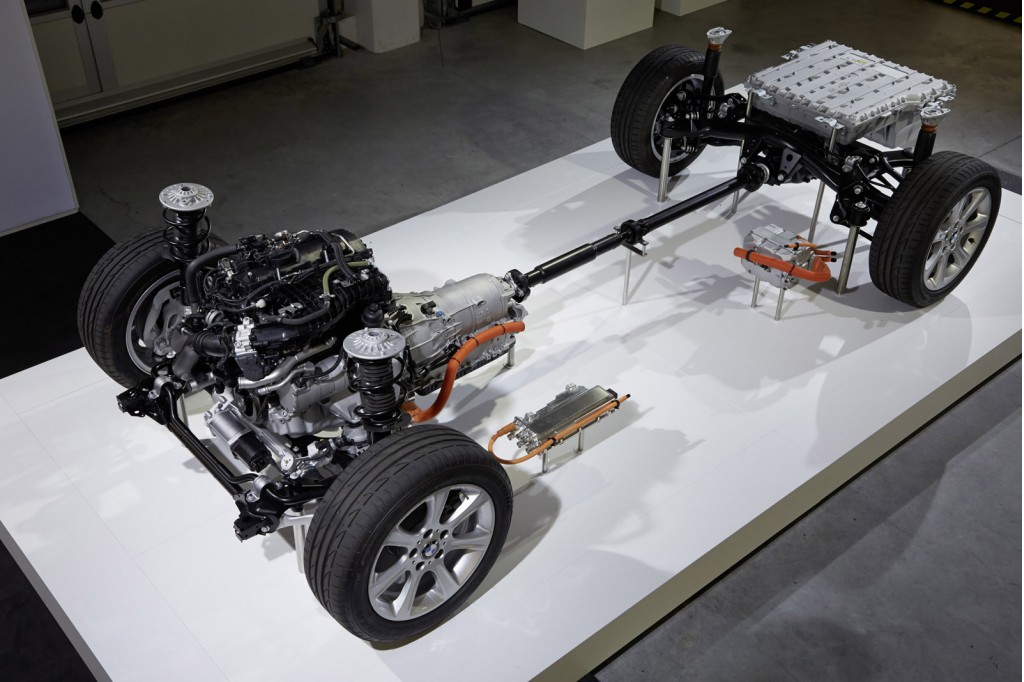 We know this latest prototype is for a plug-in hybrid because of the charging port cover, located on the left front fender. What isn’t clear is what powertrain configuration BMW will use for the 5-Series plug-in hybrid. We’re likely to see a turbocharged 2.0-liter four-cylinder paired with a single electric motor integrated with an eight-speed automatic transmission (shown above).

The motor should be powerful enough to drive the car on its own but can also be used to aid the internal combustion engine during high loads. It will be powered by a lithium-ion battery stored in the trunk, which can be charged up at home or on the run using regenerative braking or energy from the engine. A similar setup has been confirmed for the aforementioned plug-in hybrid versions of the 3-Series and X5.

Peak output of the system, which BMW calls eDrive, should be around 245 horsepower and 295 pound-feet of torque, which is comparable to a six-cylinder engine. Expect the car to badged something like 530e (BMW has already launched a 530Le long-wheelbase plug-in hybrid 5-Series in China).

We should see the new 5-Series make its debut in the first half of 2016. Stay tuned for updates as development continues. 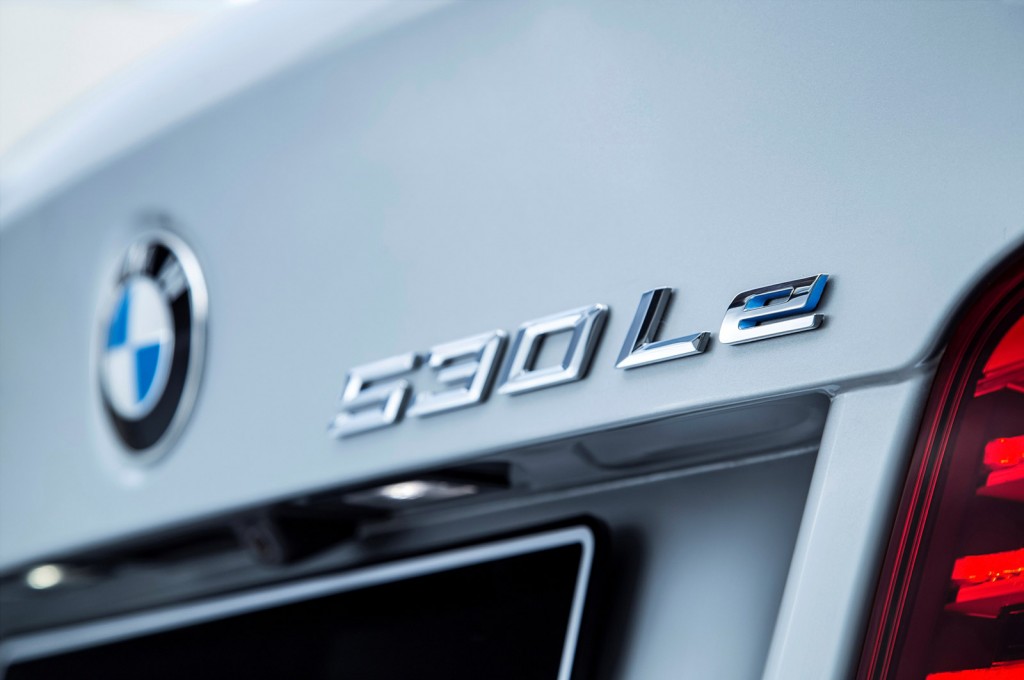