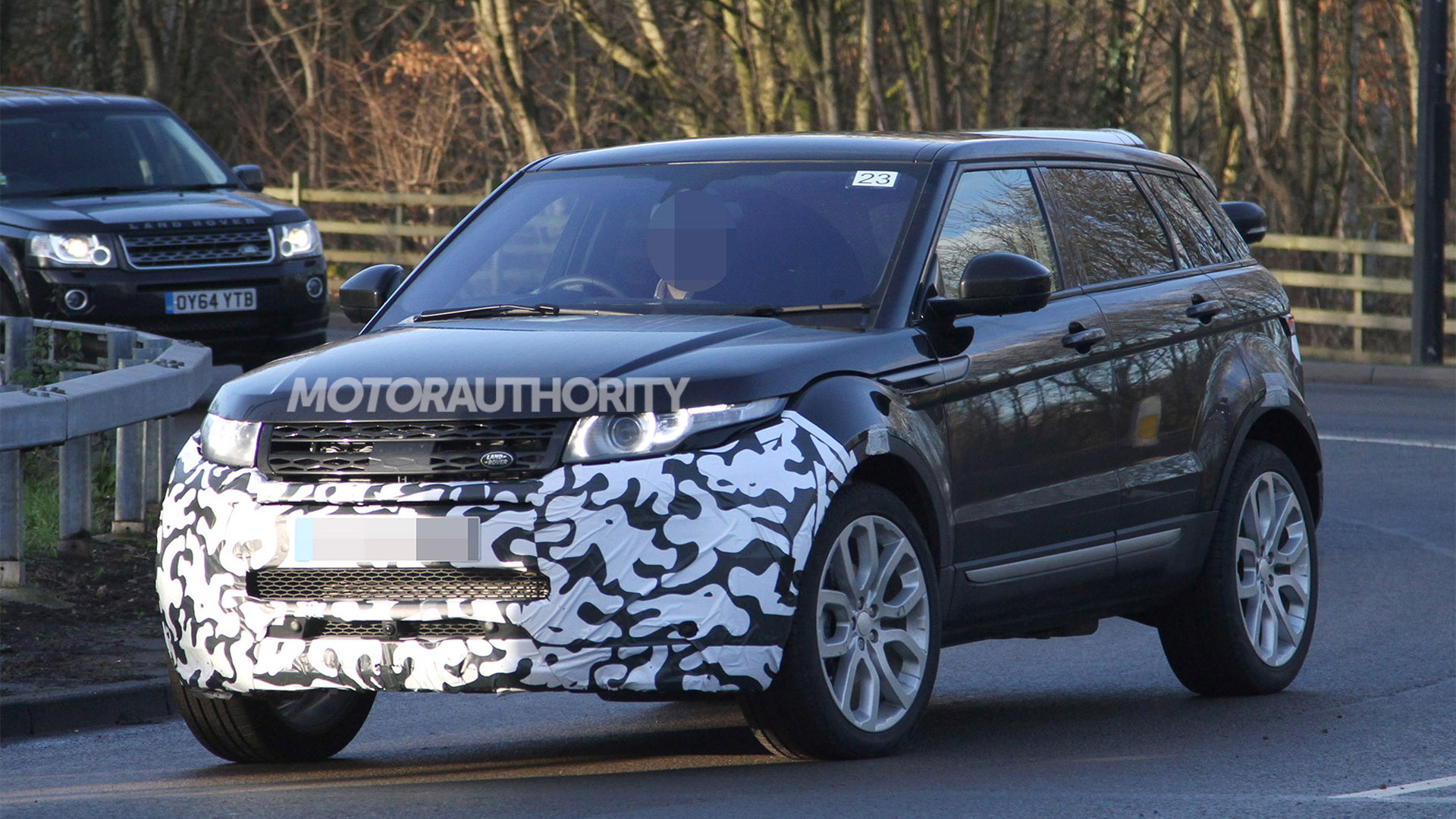 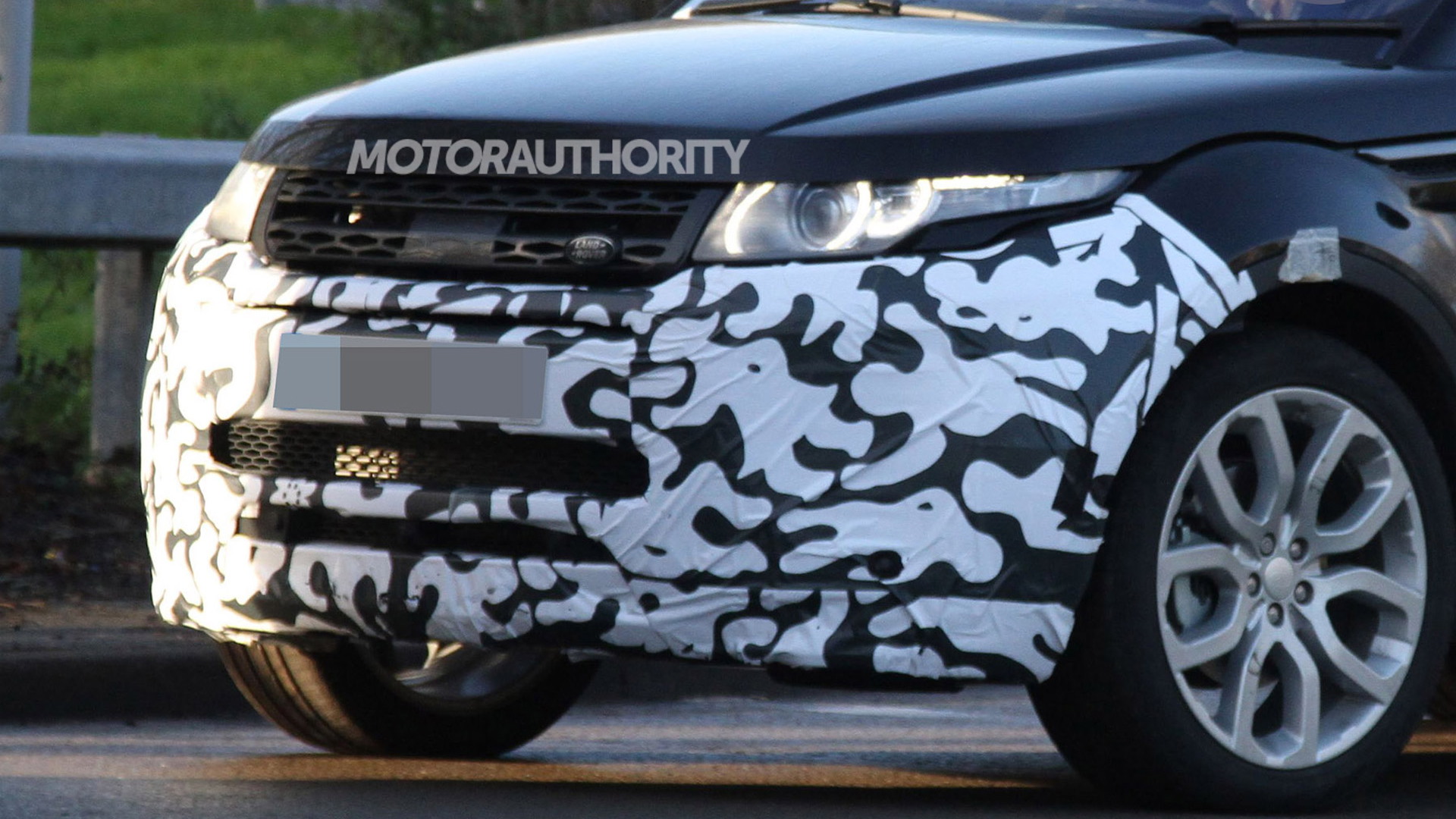 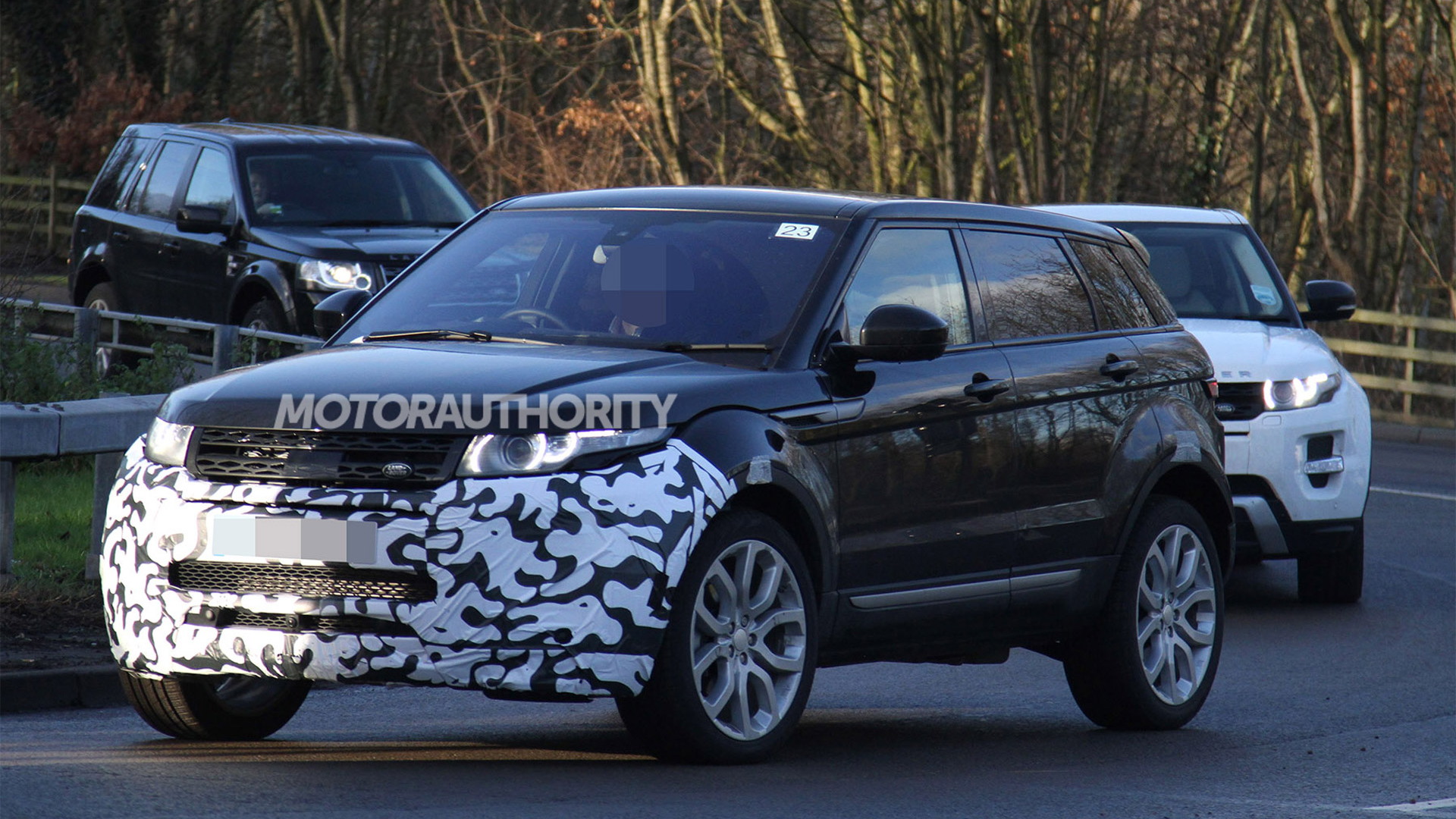 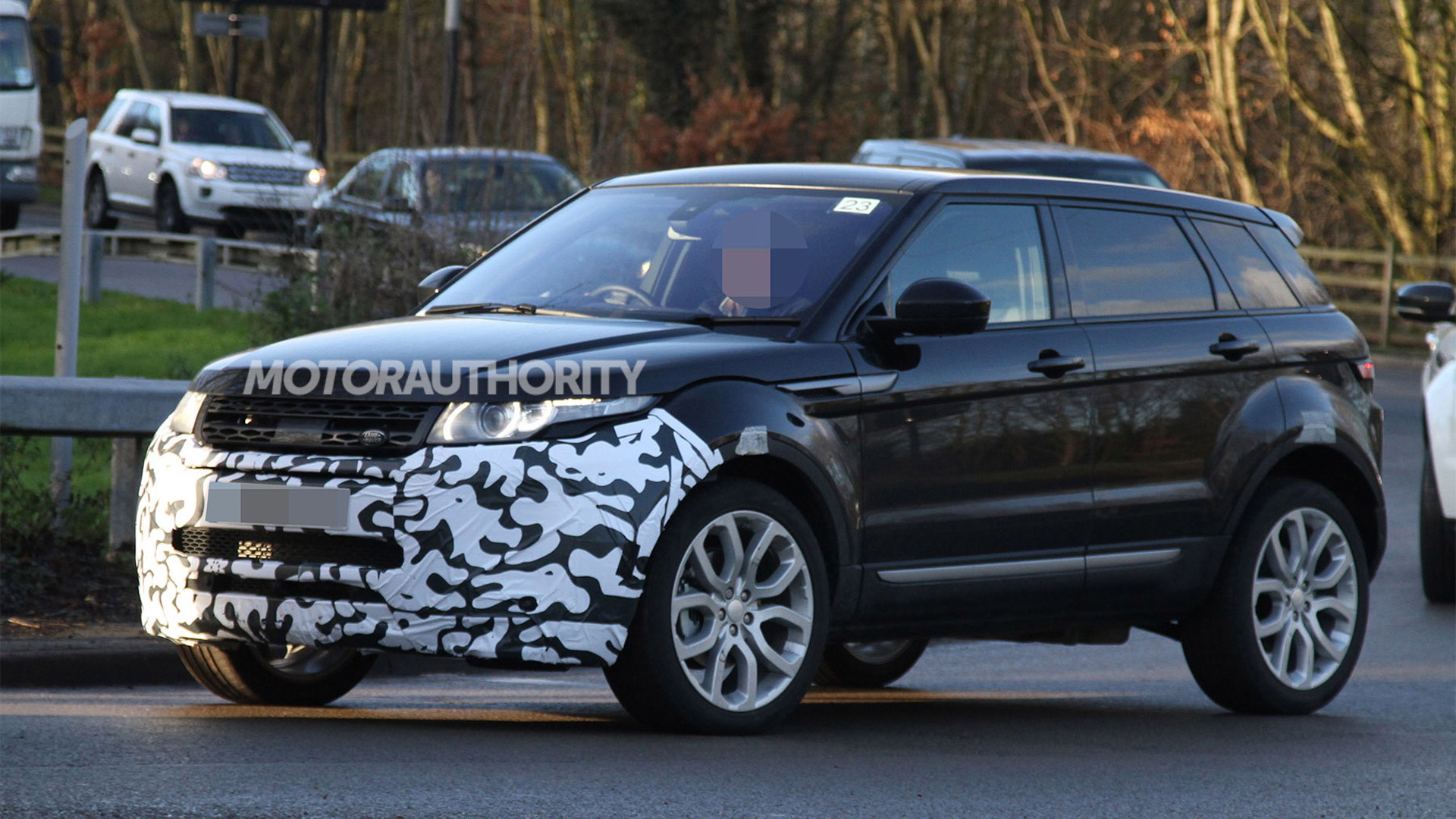 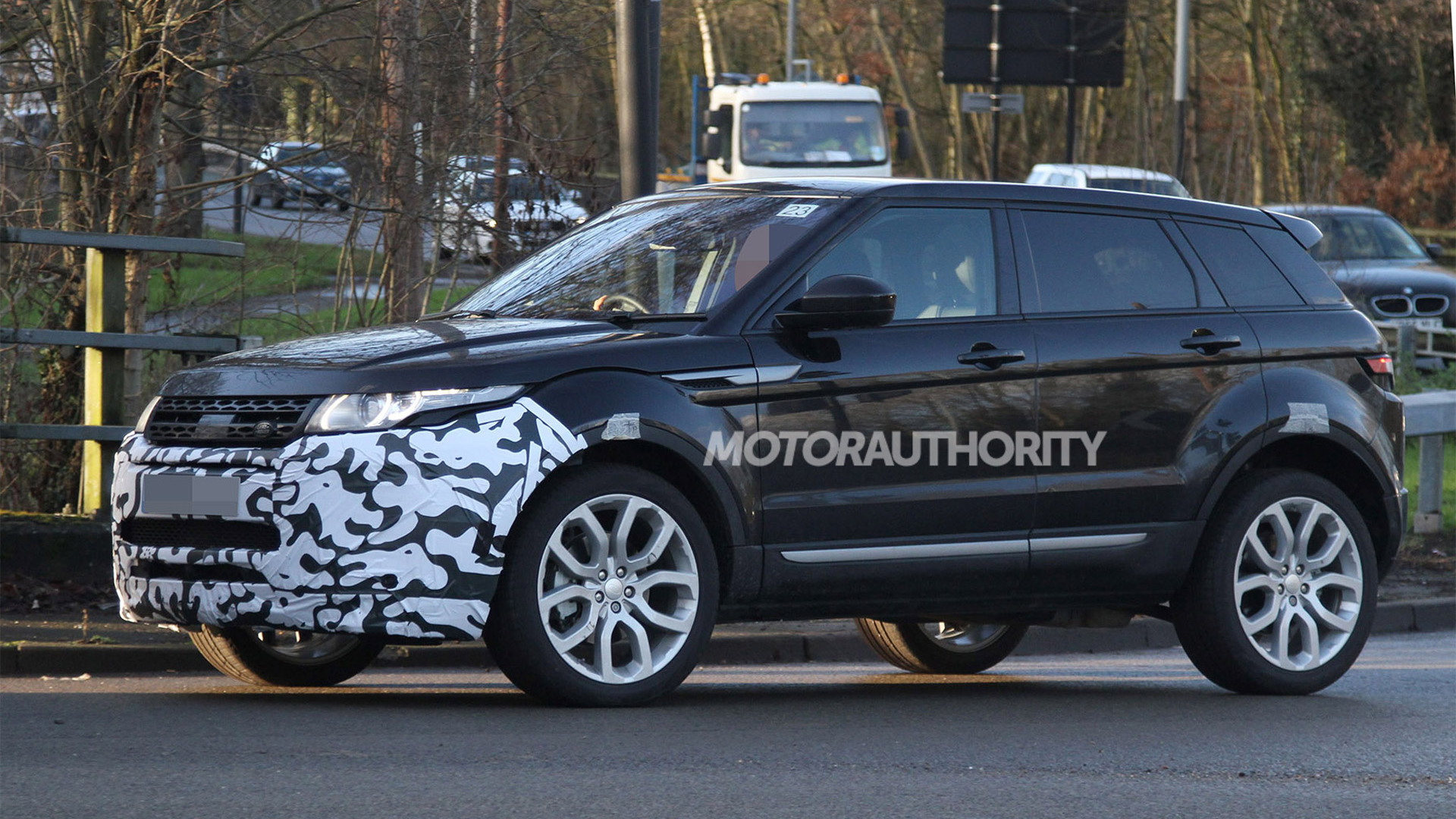 9
photos
Land Rover’s stylish Range Rover Evoque crossover first burst onto the scene back in 2012, so the vehicle is rapidly approaching the midway point in its life cycle. In order to keep sales brimming it appears Land Rover is planning a subtle facelift for the Evoque, as evidenced by the recent sighting of a camouflaged prototype.

The only significant change on the outside is the new front bumper, whose intake located directly below the license plate features a new design. It appears wider than before.

Though it’s hard to tell because of the camouflage, the rest of the bumper appears to have smoother surfacing, similar to what we see on Land Rover’s new Discovery Sport.

Drive will be to either the front wheels or all four via a nine-speed automatic introduced for the 2014 model year. Other markets will have a six-speed manual on offer as well.

Note, coinciding with the facelifted Evoque will be a new Evoque convertible. We may also see a long-wheelbase variant and perhaps a performance variant too.

Look for a debut of the facelifted Range Rover Evoque at the 2015 Geneva Motor Show, with the vehicle arriving in showrooms as a 2016 model.