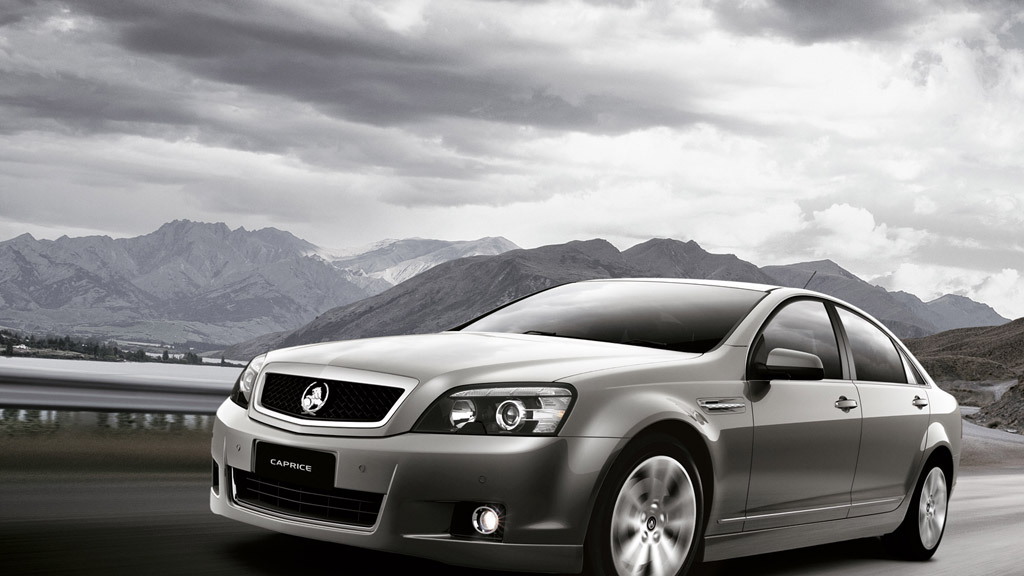 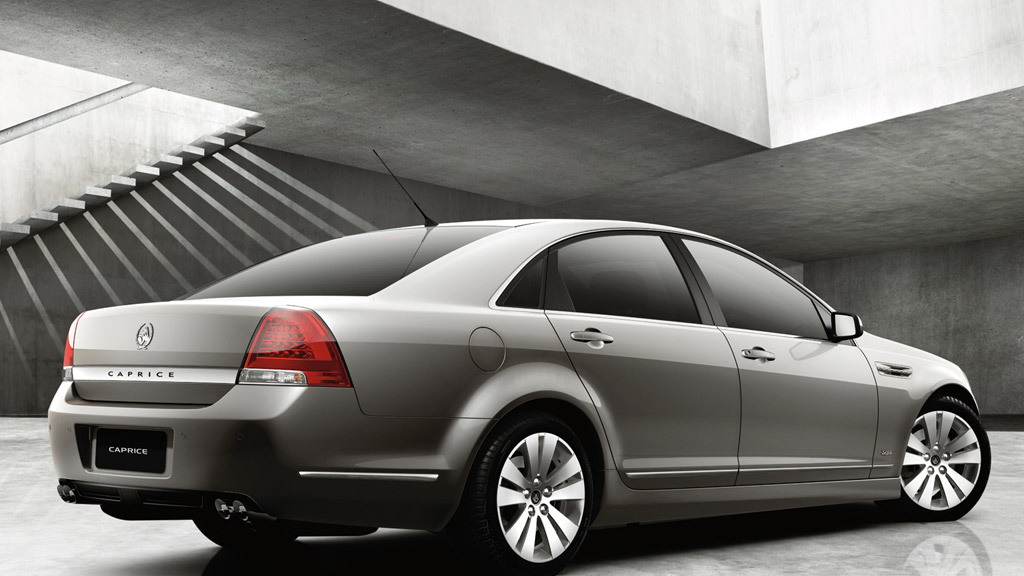 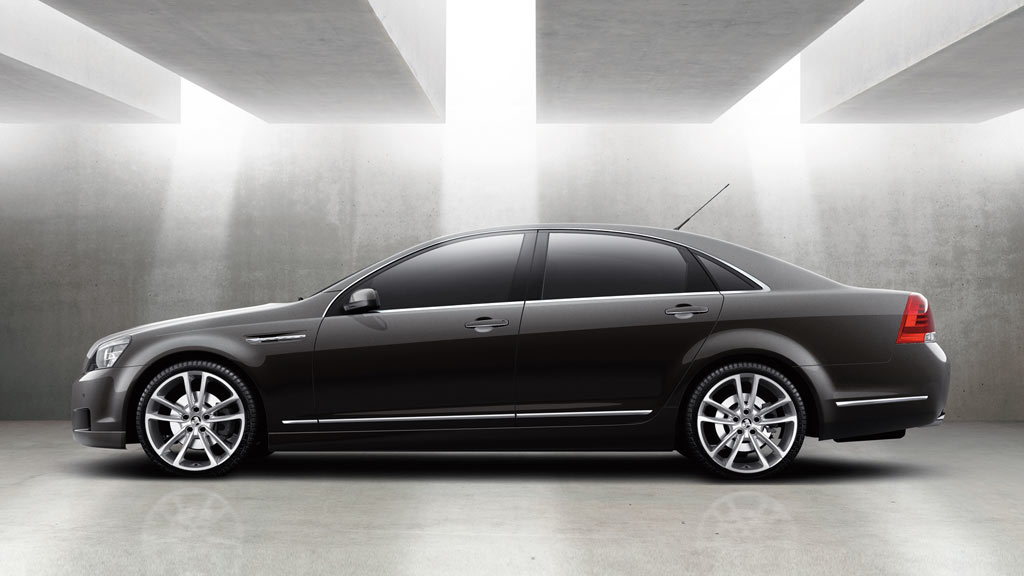 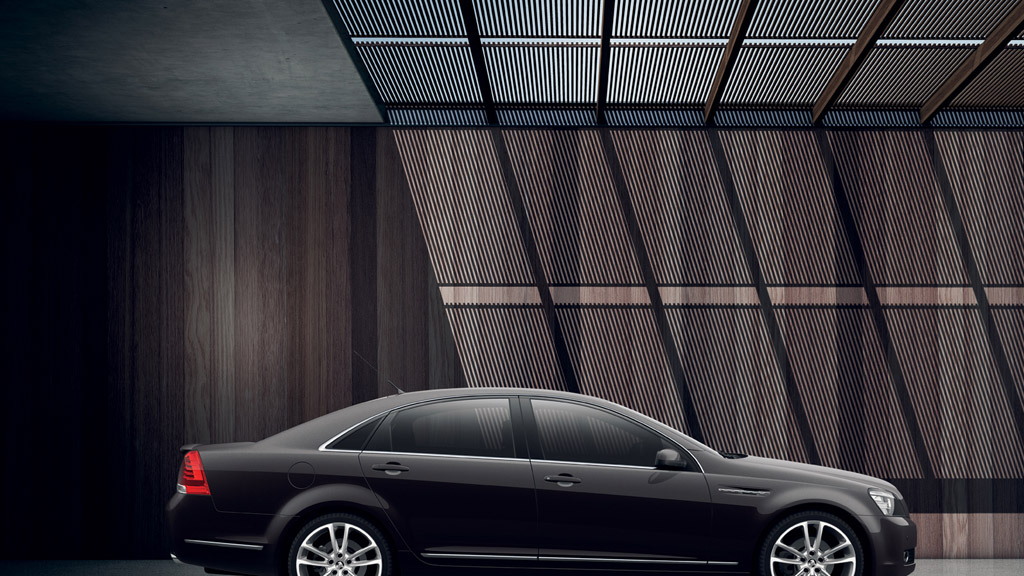 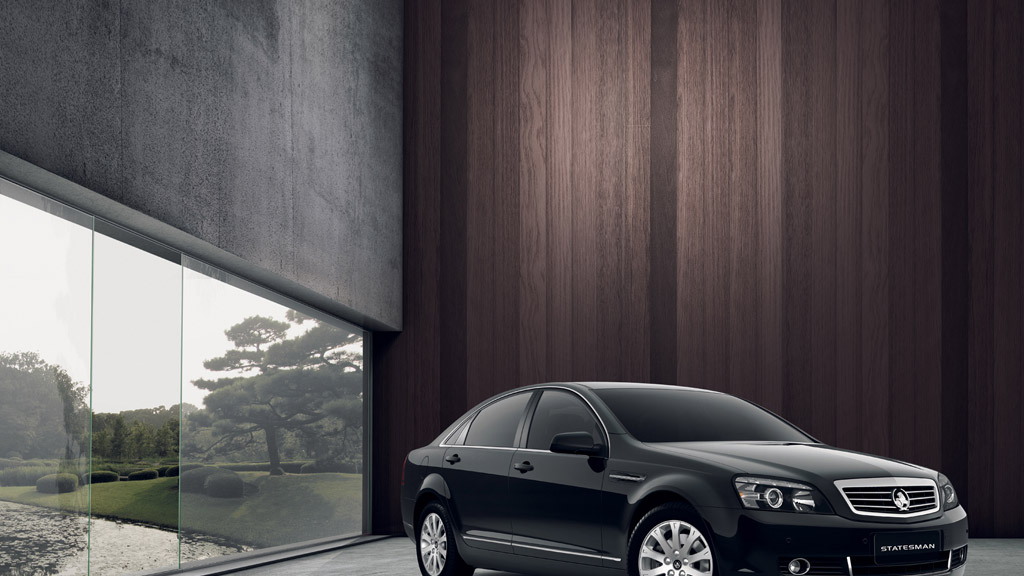 6
photos
Holden has released its latest generation Statesman and Caprice models based on a stretched VE Commodore chassis. The Australian built LWB sedans are due to go sale in its country of origin this month with exports to the Middle East, China, South Korea and New Zealand to start soon after. For the Middle East, the cars will be sold wearing Chevrolet badges while Asian markets see the vehicles sold as Buicks.

The cars were first revealed at Holden’s official launch of the VE Commodore back in July after a development period of close to a decade. Estimated budget is over $1 billion dollars for the short wheel base model with an additional $190 million for the two stretched versions.

Drive trains include either a 3.6-litre 260hp (195kW) V6 or an American sourced 6.0-litre Gen IV V8 which develops 360hp (270kW) and peak torque of 530Nm. A first for the model include GM’s new six-speed automatic as shared with the Corvette or a lesser five-speeder both with a tiptronic style manual function.

Click here for high-res images plus the full press release.

Holden today officially launched its top-of-the-range WM Statesman and Caprice models, offering more differentiation from their short wheelbase siblings than ever before.

First revealed alongside the VE Commodore in mid-July, the all-new Holden flagships will make their Australian sales debut in September and set sail for export markets soon after.

Holden has announced its pricing strategy for the prestige pair, with the V8-powered Caprice positioned under $70,000 and priced below the previous generation V6 model.

“Statesman and Caprice have more differentiation from the short wheelbase cars than ever before and the result is two stand alone vehicles with distinct identities.

“They are spacious, comfortable and offer fantastic ride and handling for cars of that size. Domestic and overseas customers will be proud to have these vehicles in their possession.”

WM Statesman and Caprice were launched at their place of manufacture, Holden’s Elizabeth plant in Adelaide, South Australia.

Since 1999, Holden has shipped more than 82,000 of its long wheelbase sedans to markets in the Middle East, China, South Korea and New Zealand.

In 2005, GM-branded models based on the WL series recorded export sales more than seven times higher than the number sold in Australia.

The major market for Holden’s long wheelbase cars, the Middle East, will again be the primary destination for WM.

Holden designers took advantage of brand new body architecture to create the most individual offerings in the history of the Statesman and Caprice nameplates.

Characterised by a stretched silhouette and a wide stance accentuated by flared wheel arches, the WM series Statesman and Caprice make a powerful impression.

They differ significantly from their Commodore siblings despite sharing the same rigid basic body structure.

Holden Design Director, Tony Stolfo, said the long wheelbase sedans were intended to stand apart and make their own statement.

“You notice immediately that they have real presence. In profile you can see that the longer rear door is the key to the dramatic new proportion, accentuated by a sweeping roofline and substantial wheel and tyre packages.

“We’ve maintained the fantastic interior dimensions these cars are renowned for and every aspect has been specifically designed to give our buyers a unique prestige driving environment.”

In classic saloon style, the radiator grille is the focal point of the front graphic. Housed on the ‘drop down’ engine hood, it incorporates the nameplates’ exclusive lion and wreath emblem.

Caprice cruises on bold five spoke 18 x 8-inch wheels. Statesman rides on detailed ten spoke 17x7-inch alloys. There is a choice of nine exterior finishes, five of them new to the range.

Like the VE, the all-new Statesman and Caprice offer a spacious and safe passenger compartment with optimised storage, packaging and ergonomics.

Themes for the specialist interior design team were comfort, sophistication, harmony, luxury and attention to detail.

Generously proportioned seating is contoured differently for each model and tailored in twin-stitched leather trim. All doors have large storage boxes able to accommodate 600ml drink bottles upright and the storage compartment in the centre console is topped by a sliding armrest.

In the roomy rear, where longer doors make for even easier entry and exit, cup holders pop out of the seat base and the fold-down centre armrest incorporates a storage tray.

Drivers can access 16 personalisation options and functions and a help function built into text screens explains features at the touch of a button.

Optional is a factory-fitted sunroof, designed to integrate seamlessly with the optional roof-mounted DVD player with wireless headphones, which can be dealer-fitted at any stage.

There is a Bose premium audio system, remote control three-screen DVD with roof console and a Tri-zone electronic climate control system with foot level ducting to the rear compartment.

Fully integrated turn by turn or full map navigation will be available later in the year, as will a choice of three telematics systems.

Safety systems for the WM Statesman and Caprice were developed in tandem with VE Commodore.

Their purpose is to help drivers avoid crashes and provide better protection should a crash occur by minimising intrusion into the passenger compartment.

Development began with the largest virtual crash modelling program Holden has ever undertaken. Emphasis was placed on considering the wide range of impact scenarios that occur in real world accident situations and differing occupant criteria.

WM Statesman and Caprice can be specified with a choice of V8 or V6 powerplants, matched to Holden’s smooth-shifting five and six-speed automatic transmissions with Active Select tap up/down control located on the shifter.

Both have all new, full length dual exhaust systems with twin or quad outlets according to engine size.

It benefits from performance-oriented calibration and a high-flow exhaust for responsive launch feel.

Given the world-class structural stiffness of WM models, Holden chassis engineers had a solid base to work from in giving the vehicles a poised and responsive ride and handling character.

The refined multi-link system is the result of an eight-year development program. It has high lateral stiffness and a rubber isolated suspension frame that helps isolate the body from road imperfections and drivetrain vibrations.

It is supplemented among other advances by a forward-mounted steering rack, all-new larger brake systems and specifically developed wheel and tyre combinations.

The new brakes reduce stopping distance by around five metres. With lightweight aluminium calipers all round, increased pad area and larger rotors front and rear, they are more fade-resistant and provide a stiffer brake pedal feel.

There is a 16-inch V6 brake package and a 17-inch performance version for V8 versions.

A cleverly designed park brake is integrated into the centre console, allowing a simple switch for left-hand-drive and right-hand-drive applications.

ESP is a registered trademark of Daimler Chrysler AG

Power and torque figures as per ECE regulations