Previously we reported that Renault will unveil their latest concept car (code named Z20) today, in preperation for the Paris Motor Show. Today, they released details about the Nepta concept car, a four-seater cabriolet with a low-slung body shape and a spacious interior combined with massive gullwing doors that open to reveal the interior and engine. Nepta is a dynamic four-seater cabriolet, offering high performance in a car that can also be a grand tourer. The concept is powered by 3.5L V6 twin-turbo petrol engine developing 309 kW/420hp and 560Nm, enough to proper the Nepta to a 0-100km/h sprint of 4.9s. This is connected to a 7-speed auto transmission with paddle shifters.

Some of the special features in this showcar include LED lights, a carbon fibre body, and combination digital and analog instrument clusters. Despite being almost 5m long, the concept is surprisingly light, coming in at under 1500kg. The SL55, in comparison, weighs almost 2 tons.

Anti-turbulence air deflector between front seats and between back seats 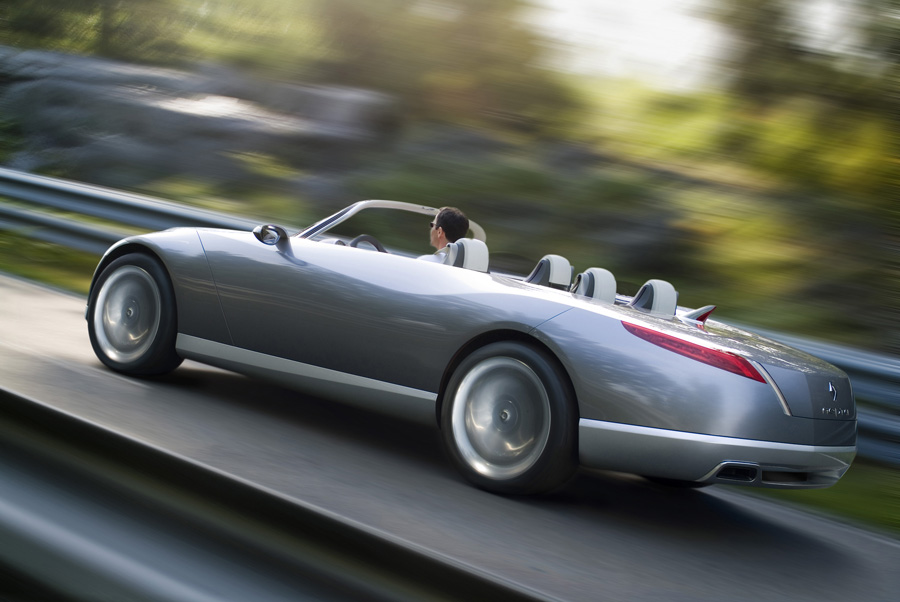 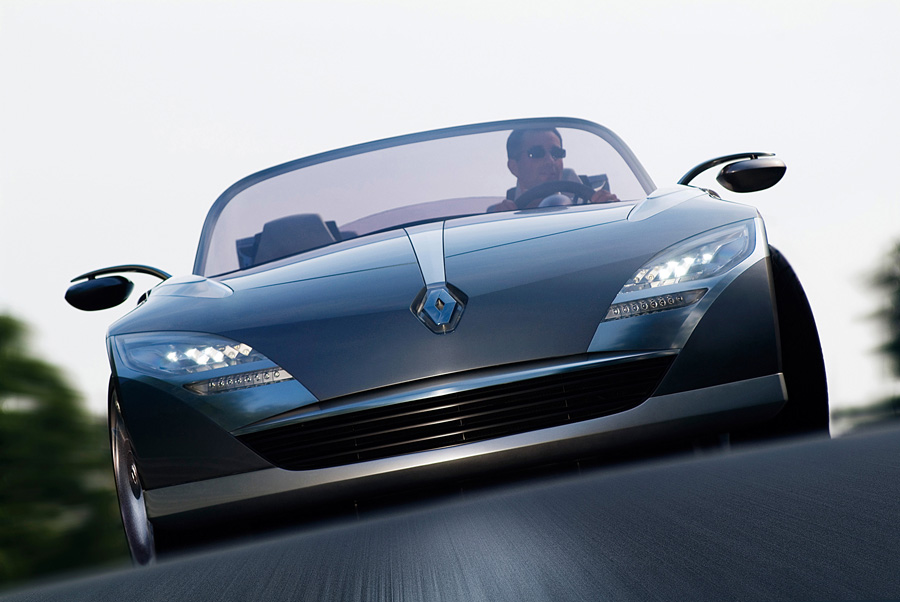 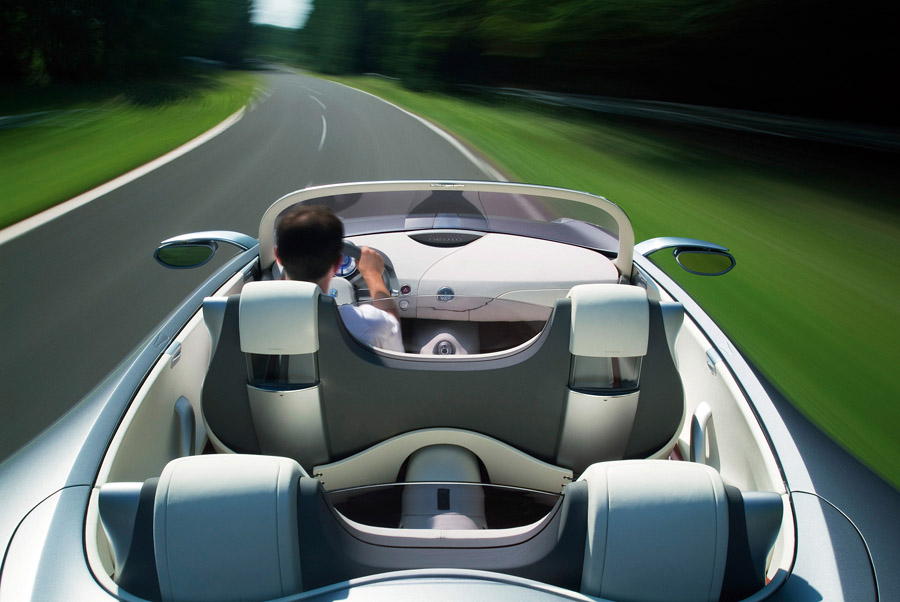 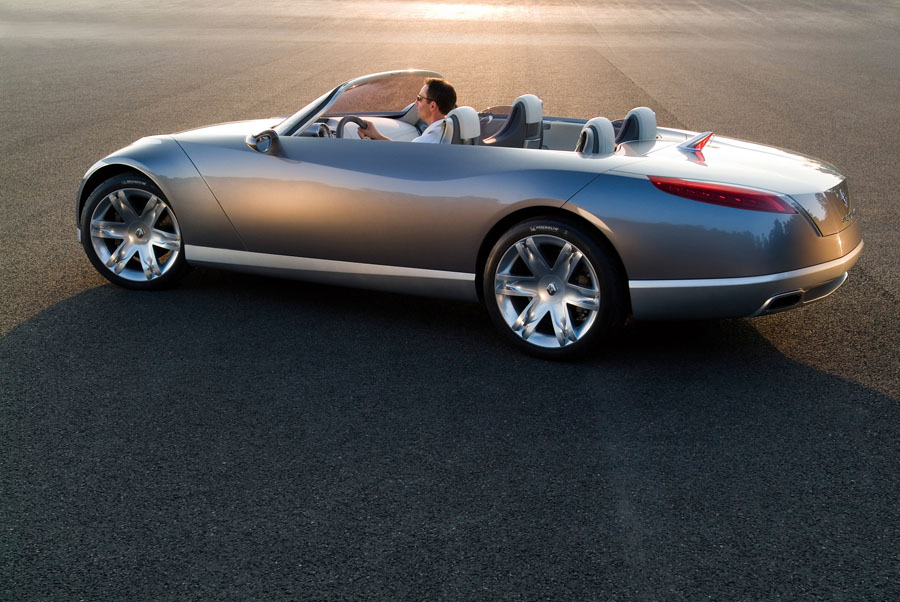 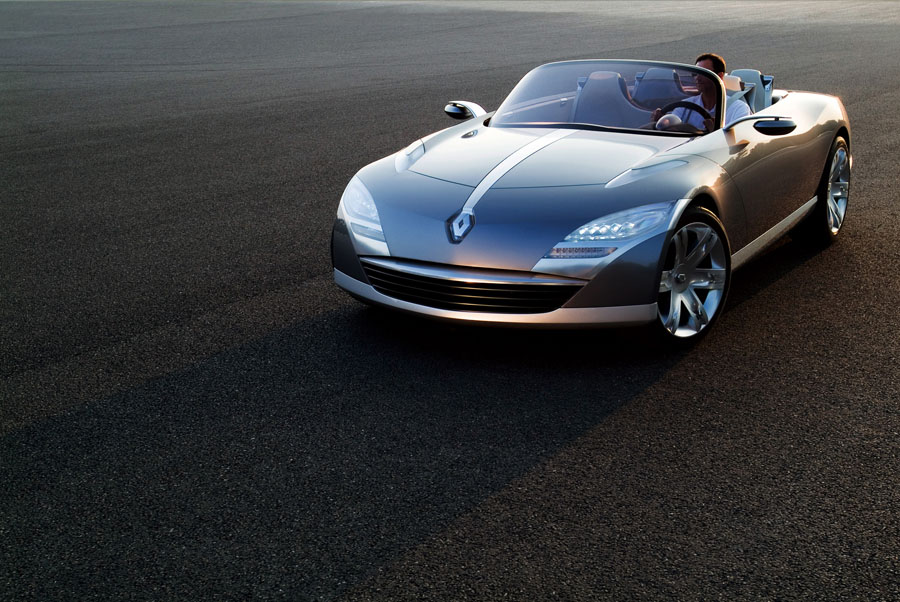 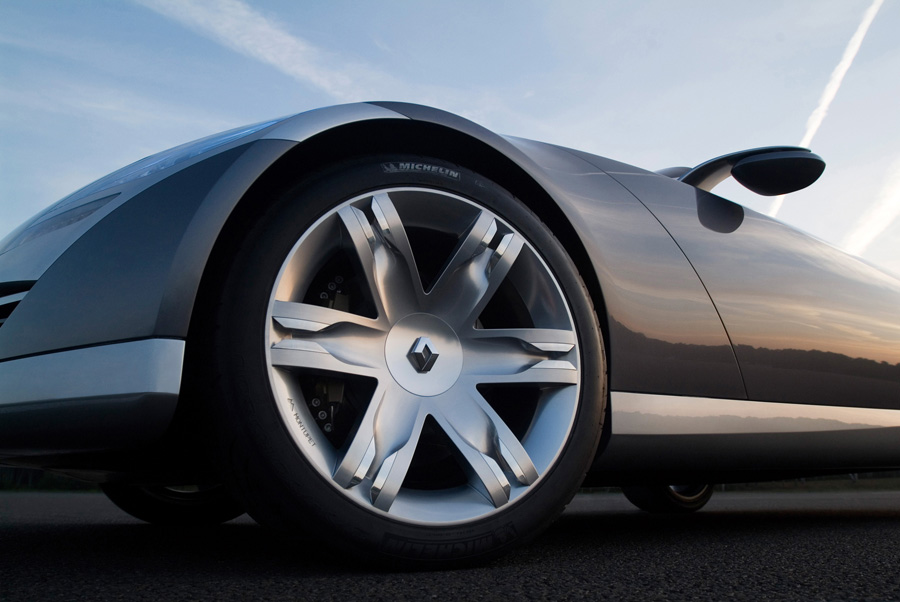 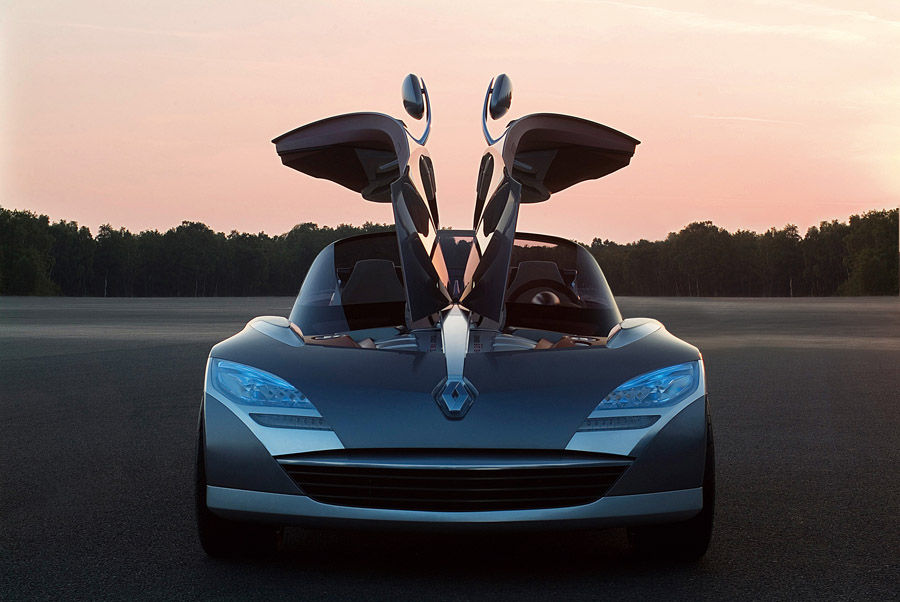 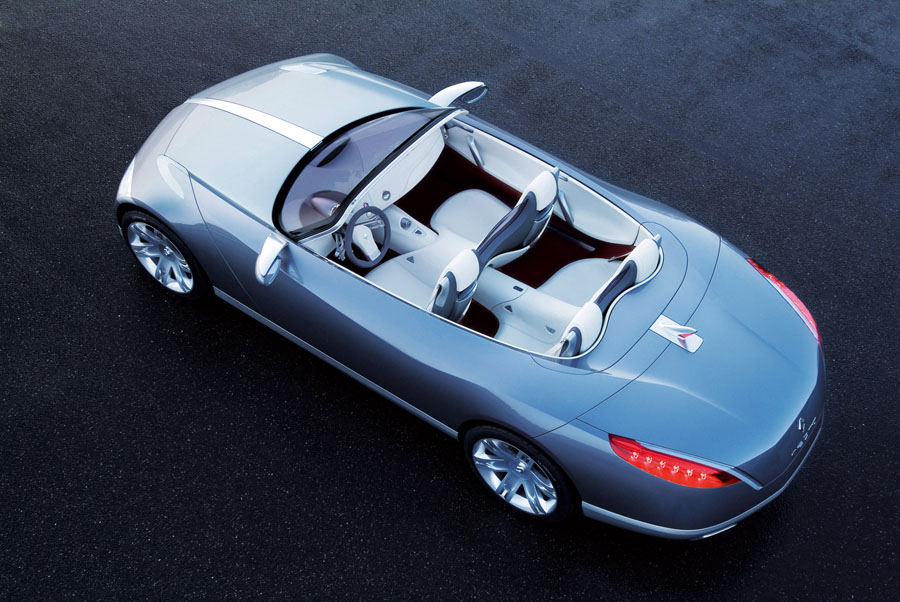 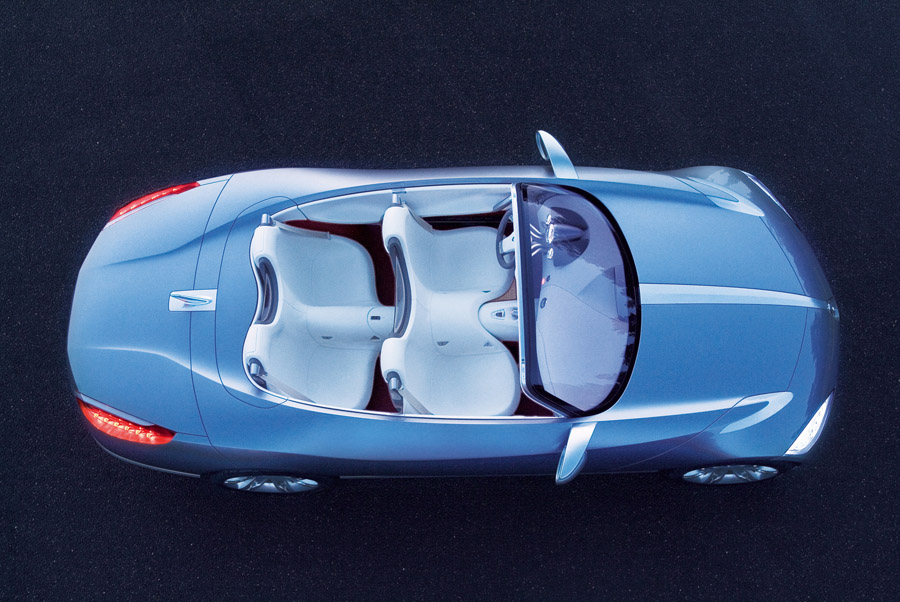 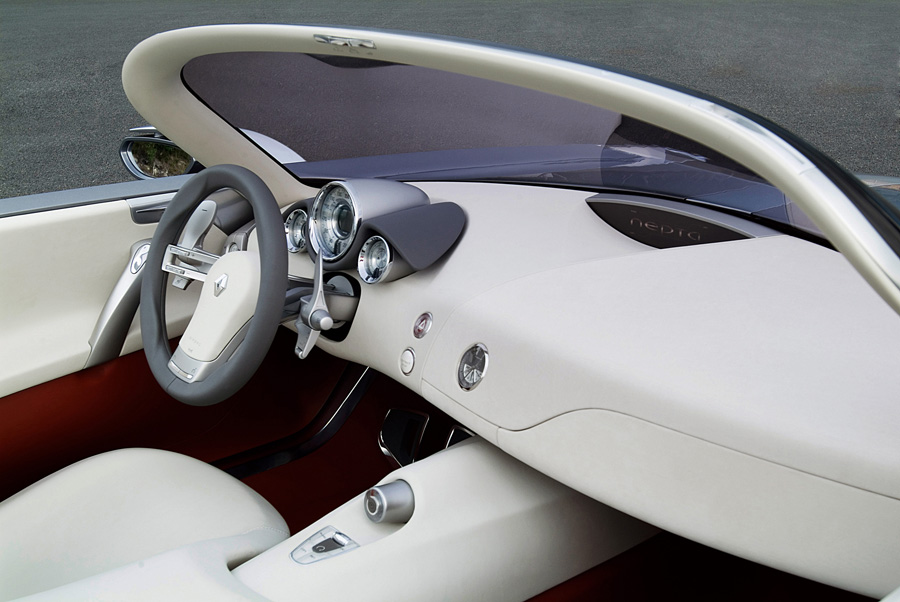 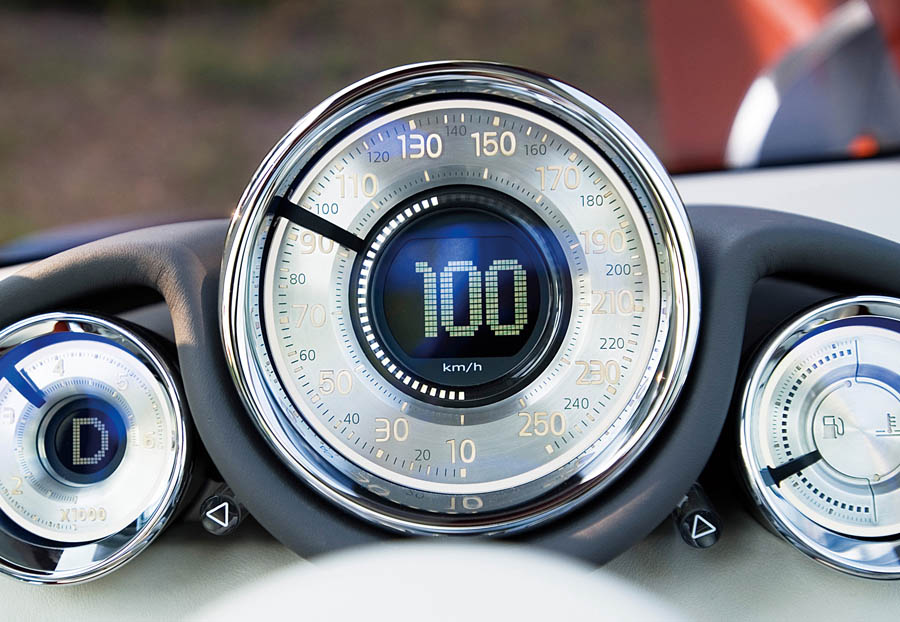 The front end is simple yet expressive. The LED headlights are made up of three assemblies: the daytime running lights, the dipped and main beam headlights and the steering lights. The headlights use a technology based on the reflection and propagation of light. The light beam from the main headlights is reflected by crystal-shaped transparent blocks that are electronically controlled for more precise lighting. The quantity and distribution of the light automatically adapts to the driving conditions. The rounded forms of the front wings are enhanced by the innovative boomerang-shaped indicator lights, positioned at the top of the lighting units. The long and tapered rear end, which is punctuated by the crystals of the rear lights, adds a further sense of movement to Nepta. The overhang is longer at the rear than at the front, highlighting the vehicle’s attractive proportions and flowing line. Nepta is an echo of the golden age of automotive styling, while remaining resolutely modern and innovative. Nepta is a combination of the dream car and the love of fine mechanical engineering. The motor-driven gull wing doors open to reveal the interior and the engine, which is elegantly housed in its compartment. The centrally positioned door hinges are covered by polished aluminium panels representing a shooting star that runs the full length of the front bonnet, contributing to the impression of movement that the body shell creates.

A luxuriously welcoming and roomy interior

Nepta boasts all the features found in prestige models with discreet technology for greater on-board comfort. The dashboard appears to be suspended, while the extensions of the windscreen illuminate the pedal unit and make for a bright and clear driving station. The rev counter and cone-shaped instruments are surrounded by leather trim. The design of the instruments pays tribute to vehicles of the past, while the aluminium treatment adds a modern touch. The combination of analogue and digital displays is a further expression of classic cars and the modern era. The air conditioning controls located at each end of the dashboard can be independently adjusted by each occupant and combine advanced technology and ease of use. The intuitive controls are inspired by the Touch Design approach. The centrally-mounted, rotary gear shift is easy and comfortable to use. The conveniently positioned multimedia information controls can be easily reached, while the stalk switches and control paddles mounted on the steering wheel are designed to match the shape of the driver’s hands. The seats are fixed, but the steering wheel and the pedals can be adjusted by a motor-driven mechanism to match the driver’s dimensions. The dashboard features special storage compartments for glasses and other personal objects, while the central console also has a sliding cubby located between the rear seats. The red leather upholstery creates an impression of continuity between the vehicle interior and the engine compartment. Both bench seats are coated with leather decorated with printed patterns. The four comfortable seats are secured to the floor by aluminium struts reminiscent of sailing boats.

DVD screens with folding protective covers are installed in the upper sections of the backs of the front seats. The lower sections are decorated with elegant leather netting that is ideal for storing magazines. The rear passengers are protected against turbulence by the transparent air deflectors positioned between the front and rear seats.

A powerplant designed for pleasure

Nepta’s longitudinally mounted 3.5-liter V6 petrol engine is the embodiment of pleasure at the wheel.

This 420hp powerplant takes just 4.9 seconds to reach 100kph from a standing start. Coupled to the seven-speed automatic gearbox with flick-shift controls mounted on the steering wheel, this direct injection petrol engine combines an outstanding drive with a significant reduction in fuel consumption and CO2 emissions.