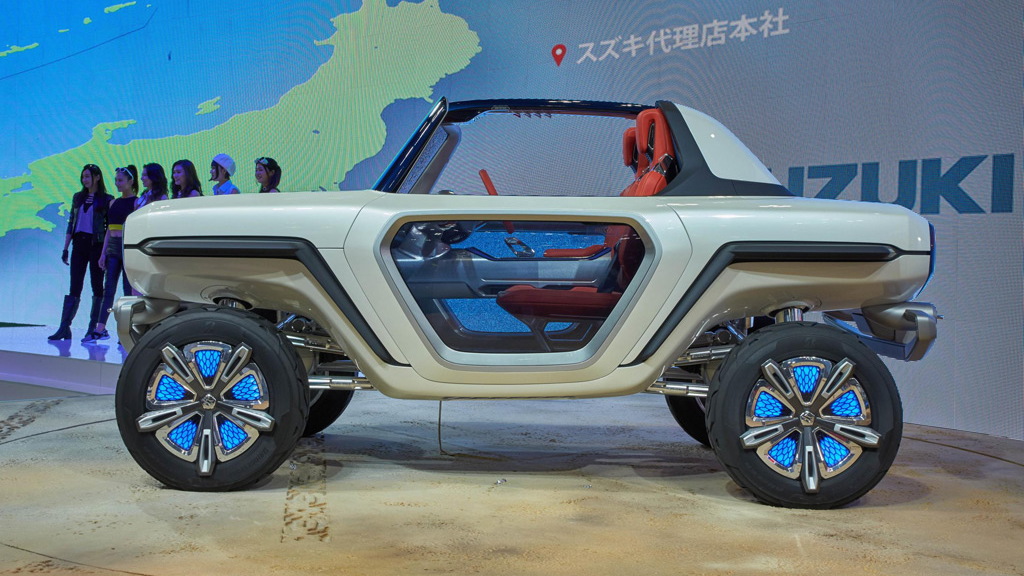 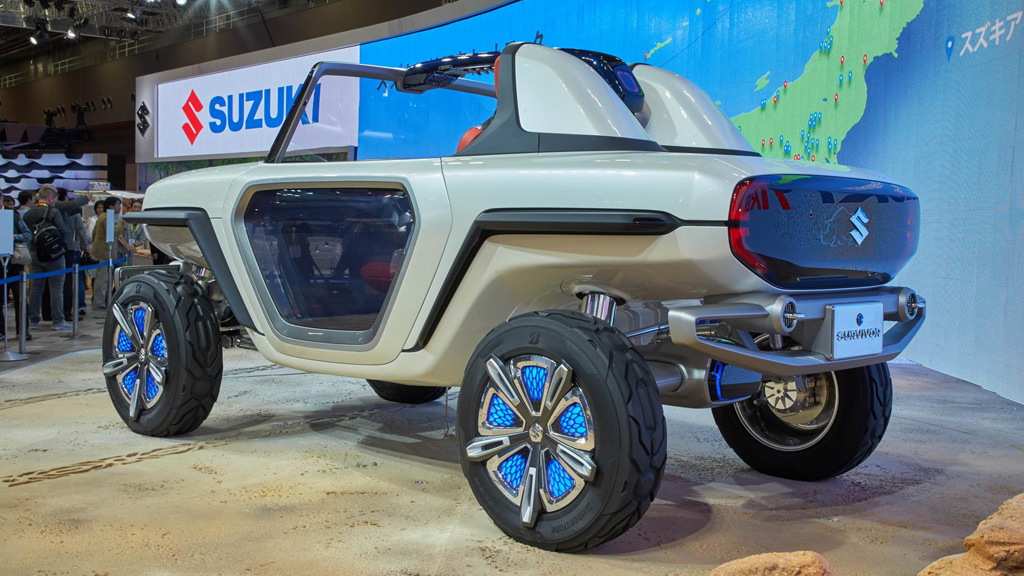 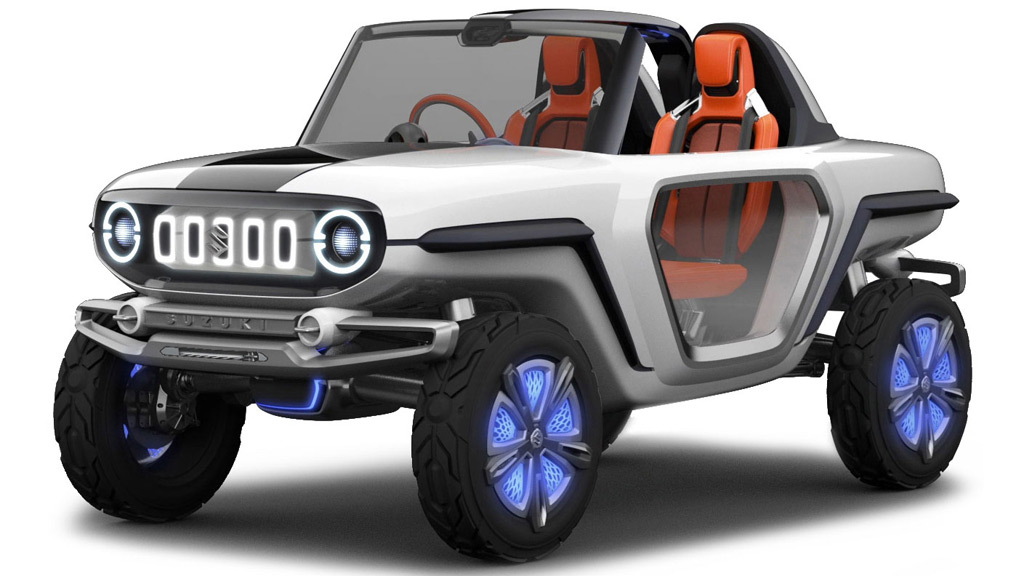 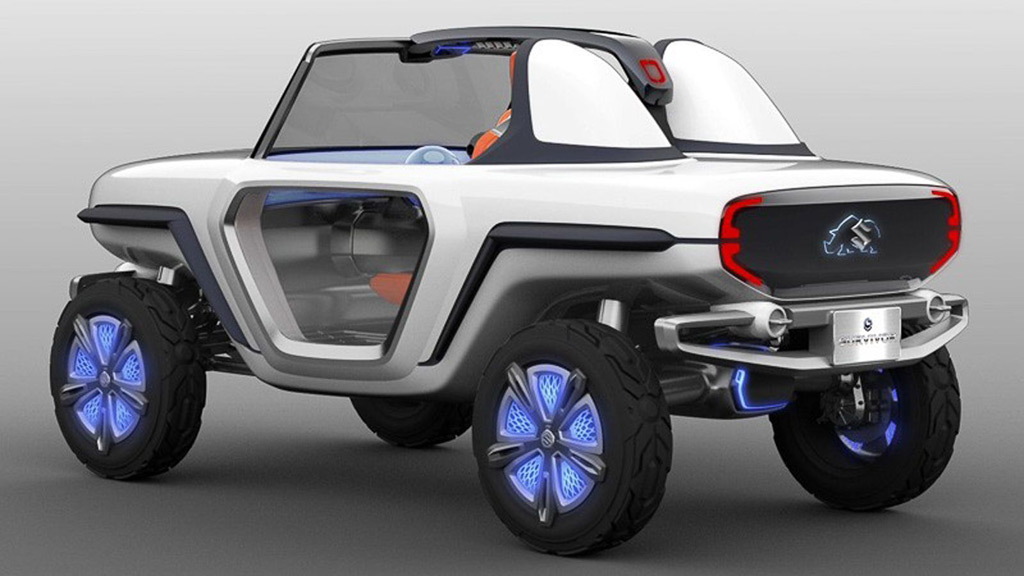 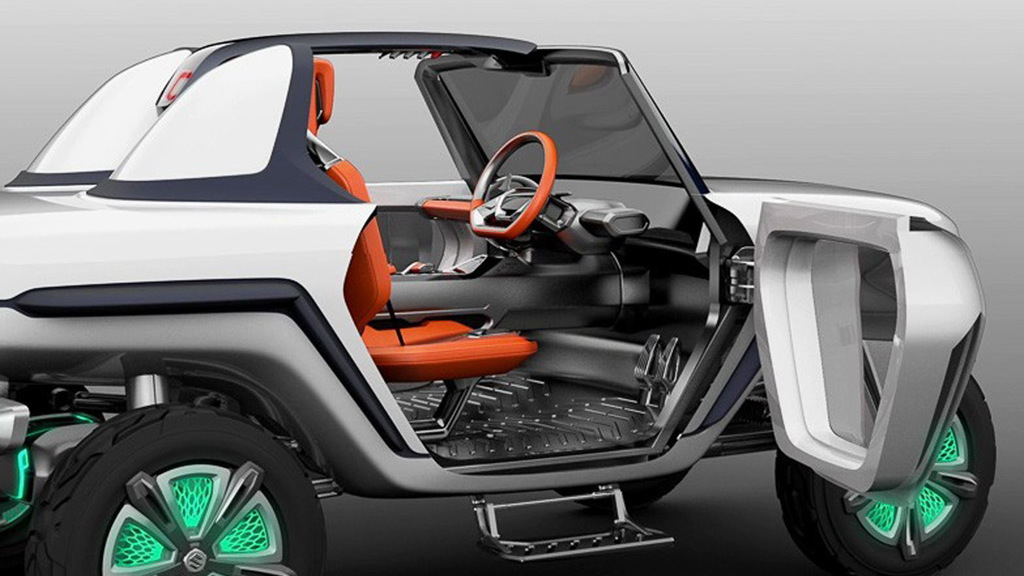 Though Suzuki no longer operates in the United States, the brand seems to be on the up and up elsewhere as it’s just introduced a striking new Swift Sport and will soon add a much more macho Jimny.

But what does the future hold for the brand? Suzuki gave some indication this week with the unveiling of the e-Survivor concept car at the 2017 Tokyo Motor Show.

The concept is a futuristic SUV that utilizes sturdy body-on-frame construction as well as electric propulsion. We’re told that both axles are driven, in order to create an all-wheel-drive system.

For the body, Suzuki says it took its contemporary SUVs like the Jimny and Vitara and projected their design well into the future. Given the proportions, we think the X-90 of the 1990s also played a part in the inspiration for the design.

Might we see the brand introduce a modern X-90? Possibly, though it probably won’t look anything like the e-Survivor. In fact, the e-Survivor hardly looks like it could ever represent a production model. Instead it looks more like some kind of moon buggy from a sci-fi movie.