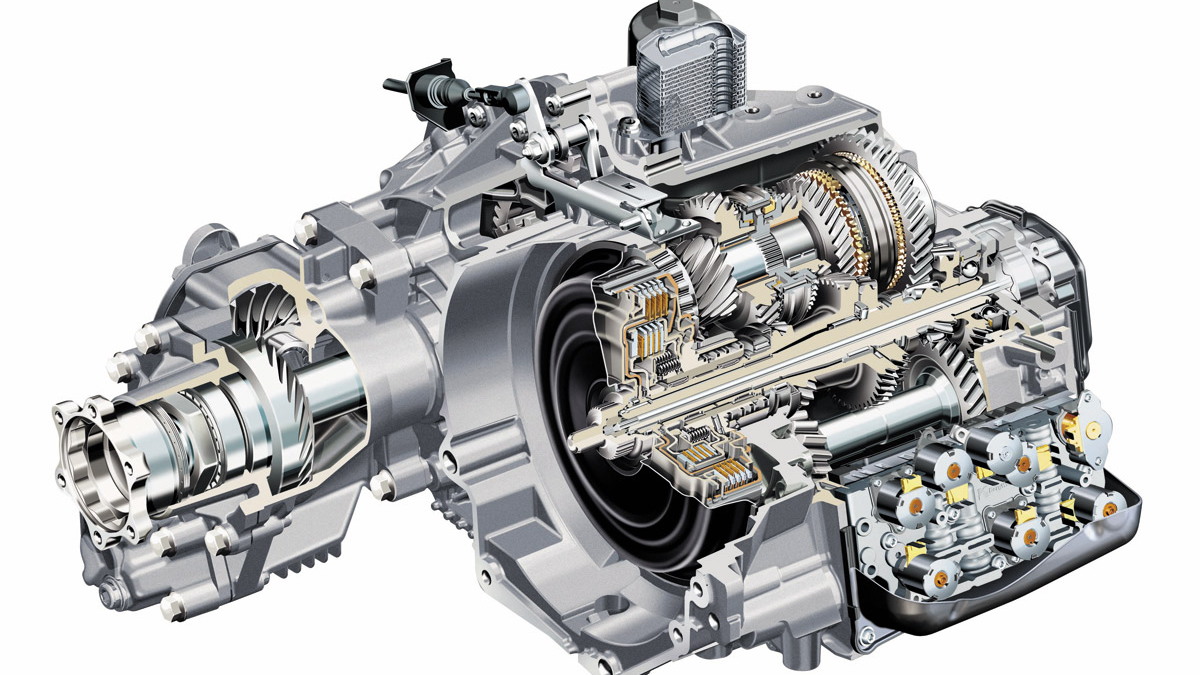 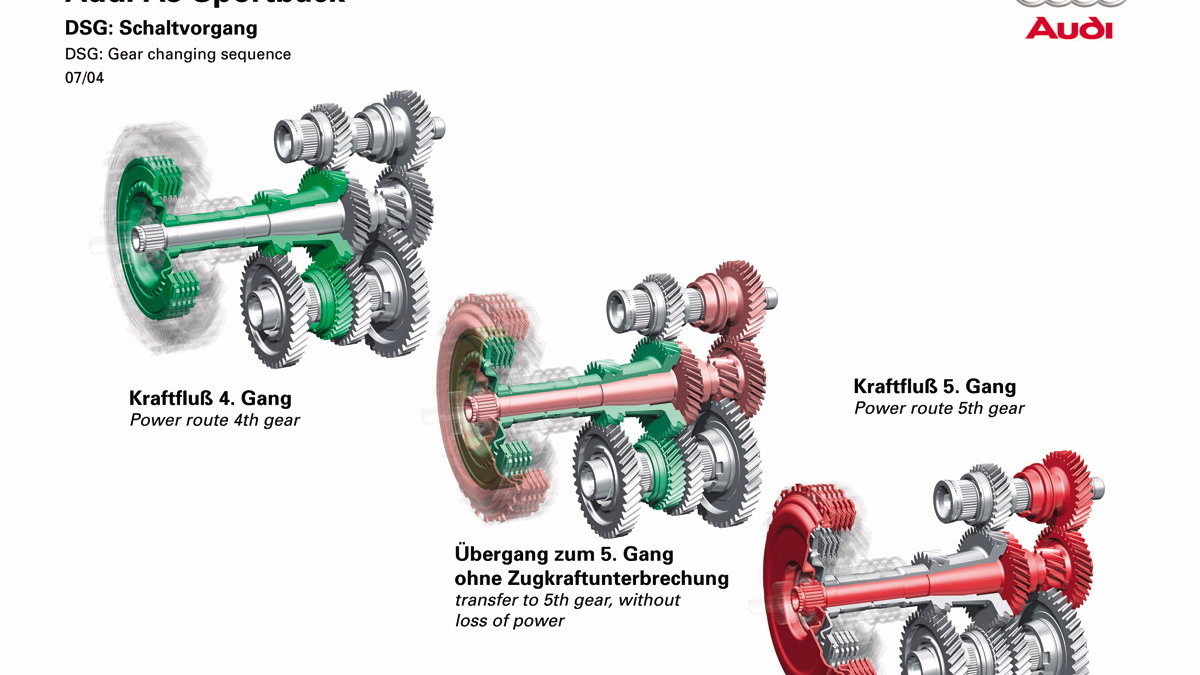 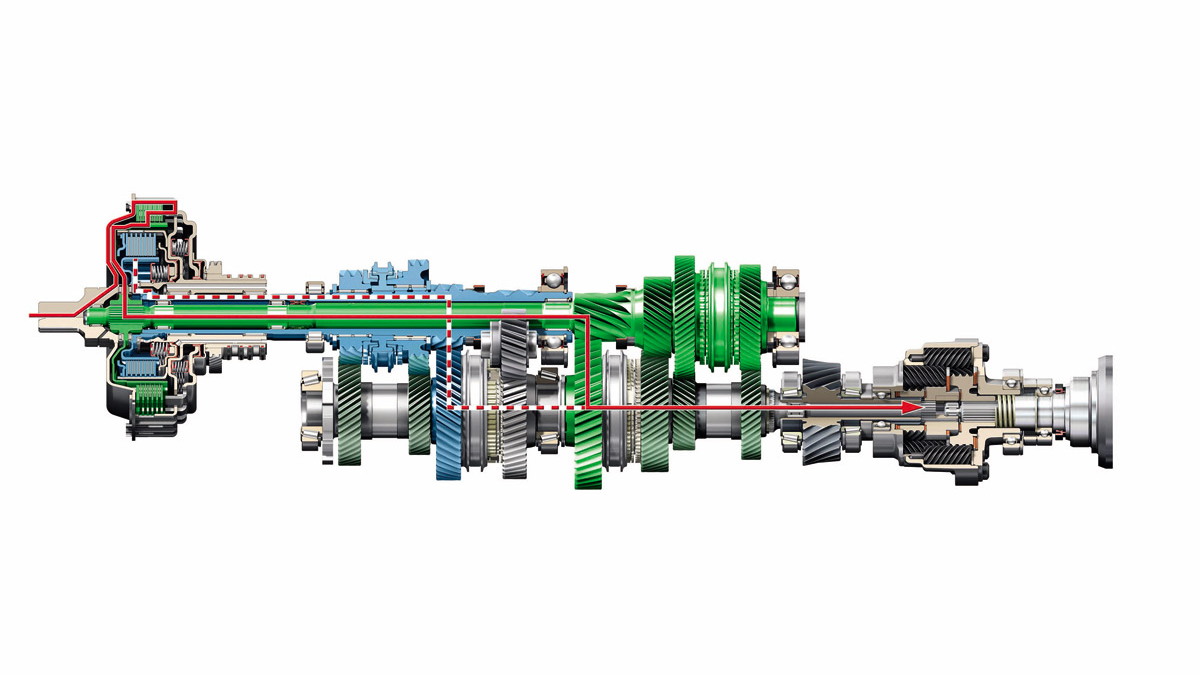 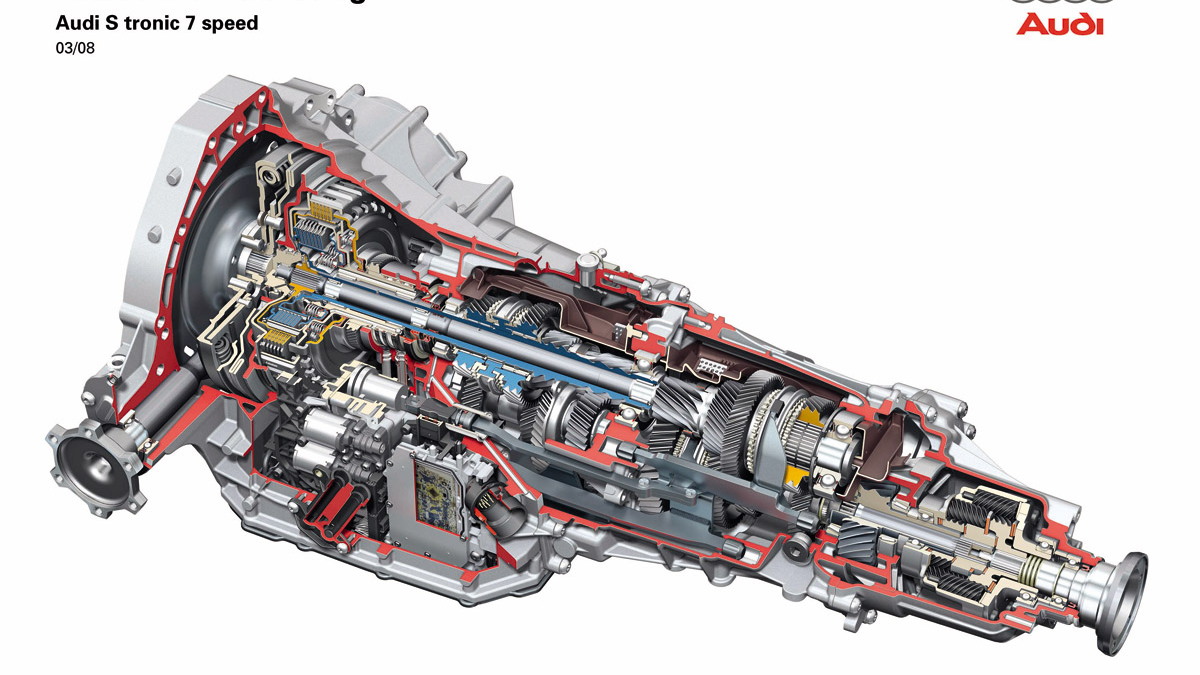 5
photos
Audi has finally announced the launch of its version of VW Group’s new seven-speed dual clutch transmission, which will be used to replace the current six-speed units over the next 12 months. The new gearbox, dubbed S-tronic in Audi-speak, is designed to work with longitudinally installed engines and quattro all-wheel drive, plus it can handle torque figures of up to 550Nm and engine speeds of 9,000rpm.

One of the primary limitations of the older six-speed gearbox was the inability to handle torque figures higher than 320Nm, however Audi has solved the problem with the latest model. The new design is composed of two transmission structures. It integrates two multidisk clutches that control different gears. The large K1 clutch located on the outside conducts the torque via a solid shaft to the gear wheels for the odd gears 1, 3, 5 and 7. They are located in the rear of the cast-aluminum transmission housing, toward the center of the vehicle.

A hollow shaft rotates around the solid shaft. It is connected to the smaller K2 clutch, which is integrated into the inside of its larger sibling, and which controls the gear wheels for the even gears 2, 4 and 6, as well as reverse gear. All gear wheels are located in a single row on both drive shafts, in the order 4, 6, 2, R, 1, 3, 7 and 5. Both transmission structures are continuously active, but only one is powered at a time by the engine.

Audi is expected to completely replace standard automatic or CVT gearboxes with dual-clutch 'boxes on all but a few models such as their Q7 SUV and A8 limo due to higher torque figures (in the case of the Q7 V12 TDI) or smoother shifting.