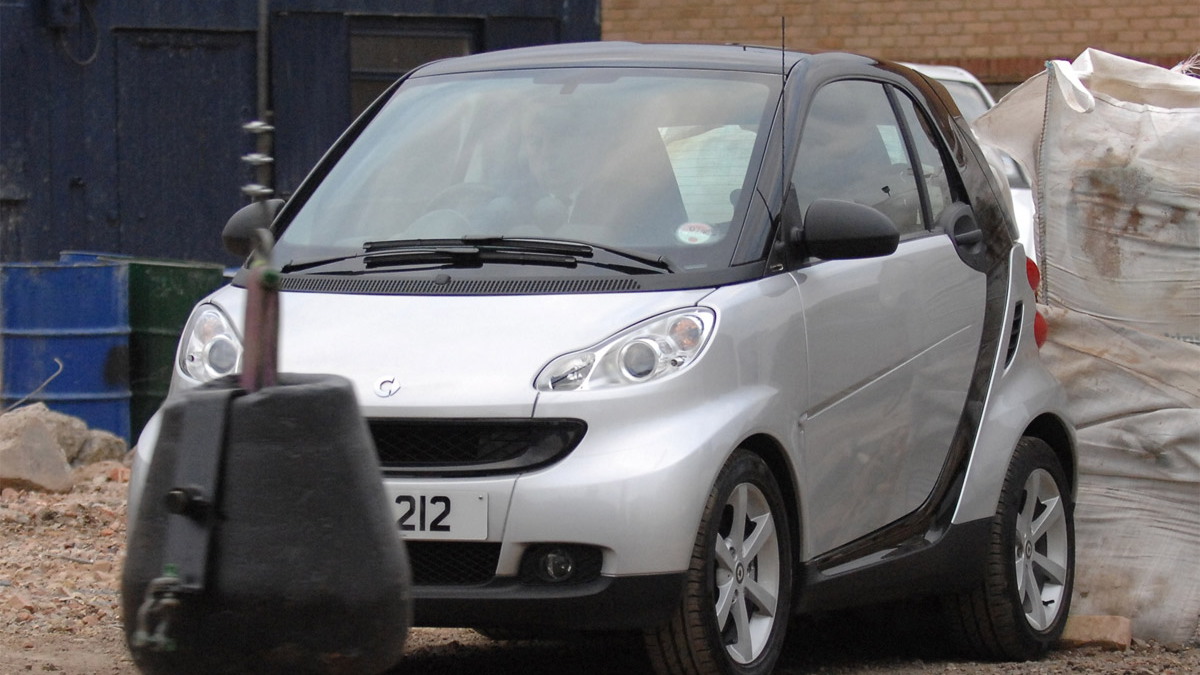 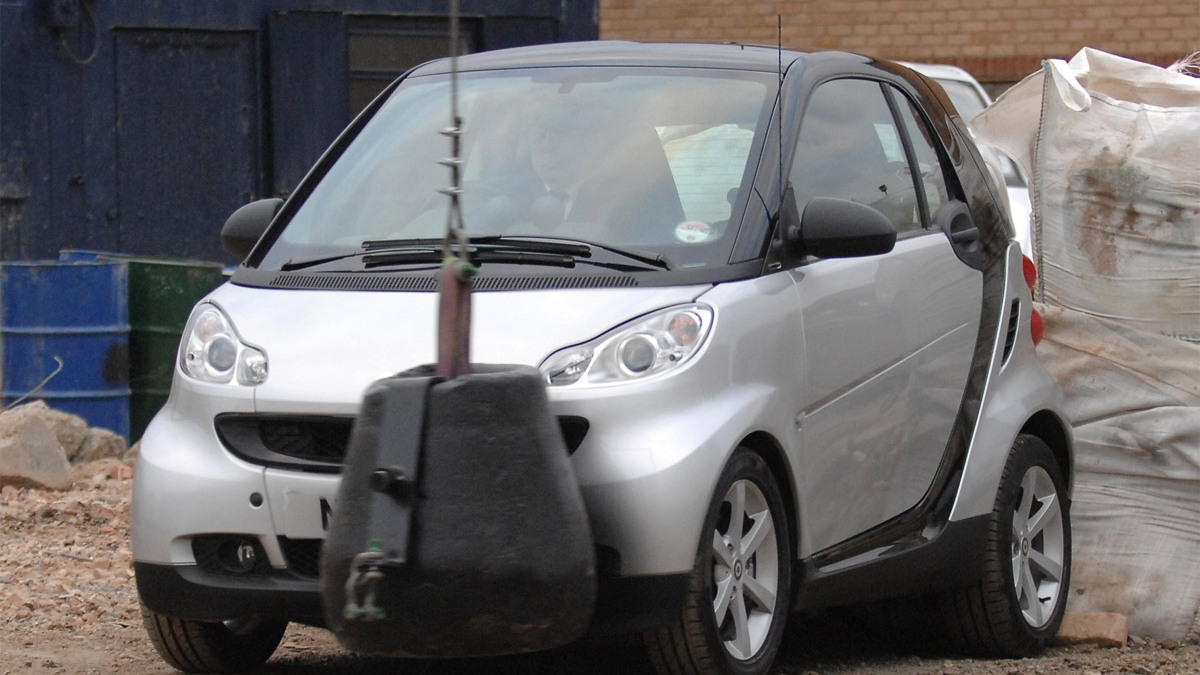 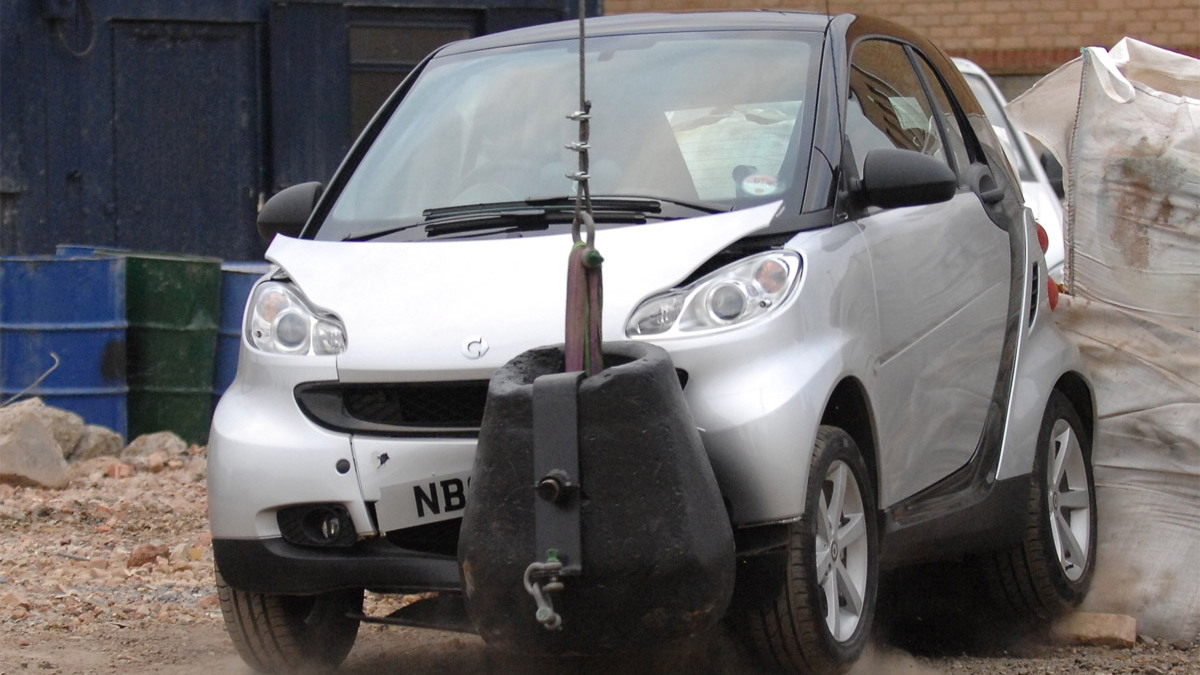 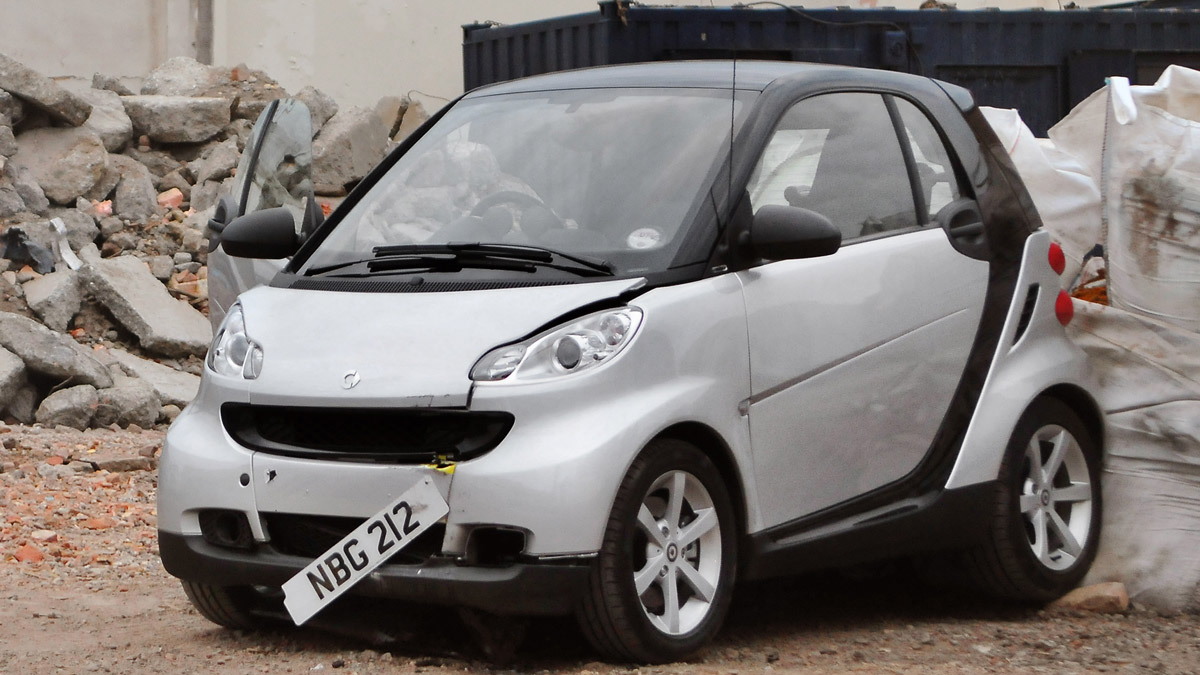 5
photos
Smart has set out to quash the perception that its diminutive ForTwo runabout is unsafe by launching a new advertising campaign in the UK where the car is hit with a one-ton wrecking ball. Marketers hope the new ads will change the perception of new car buyers in regards to the ForTwo’s safety levels.

The new campaign shows a ForTwo coming out relatively unscathed after being hit with a one-ton wrecking ball traveling at 25mph (40km/h). The image shows the effect of the car’s ‘tridion’ steel safety cell and how it absorbs most of the impact. The whole time a stuntman sits in the car without any safety helmet or harness and after the hit he was able to open both doors and the car could be driven away.

Last month NHTSA crash testing of the ForTwo in the U.S. showed that the car scores four out of five stars for driver protection in a frontal impact, but only three stars for the passenger – equating to a 21 to 35% change of serious injury. Worse, the rating is based on a collision with a similarly-sized car - a near impossibility, statistically, on American roads.

Side-impact ratings are a perfect five stars, however, despite the door popping open during the test. Roll-over resistance scores a mere three stars again, likely thanks to its short, narrow wheelbase and high center of gravity.

Smart has a launched a new microsite for the campaign, which you can view by clicking here.