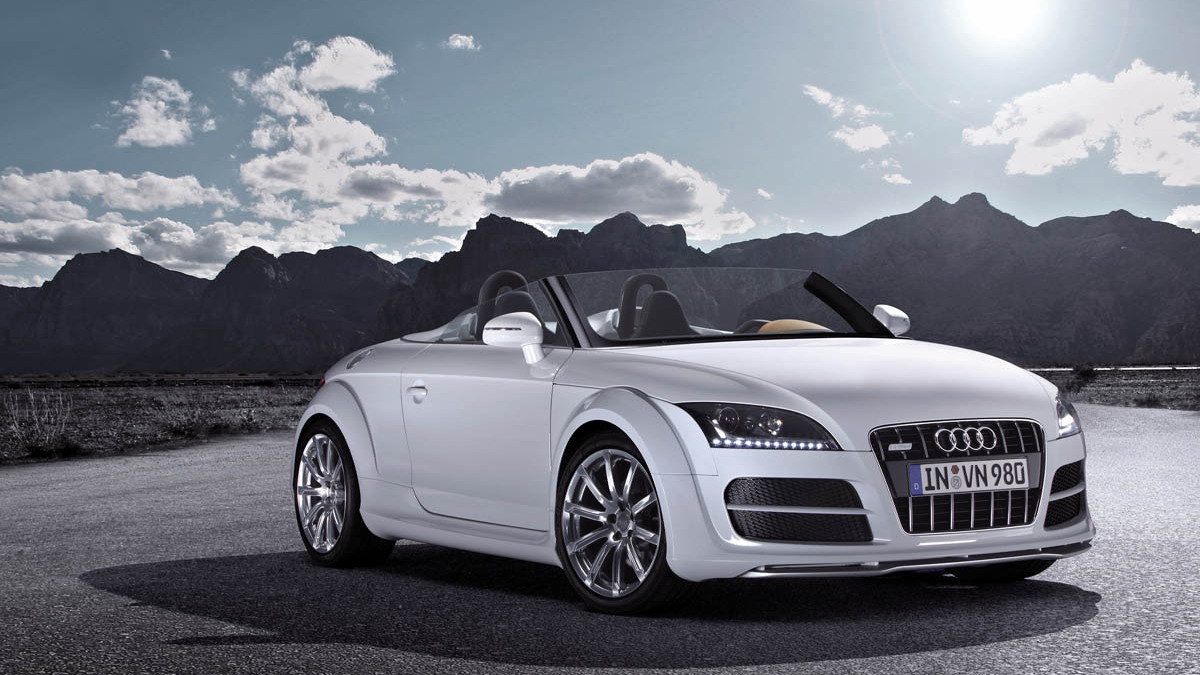 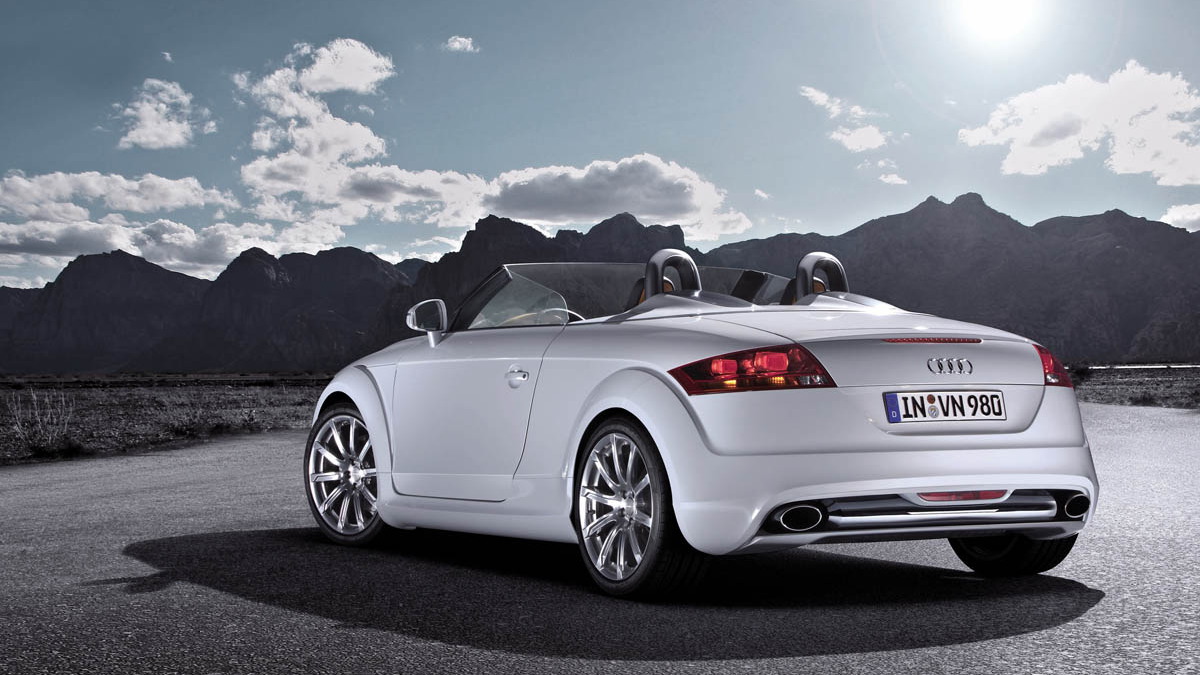 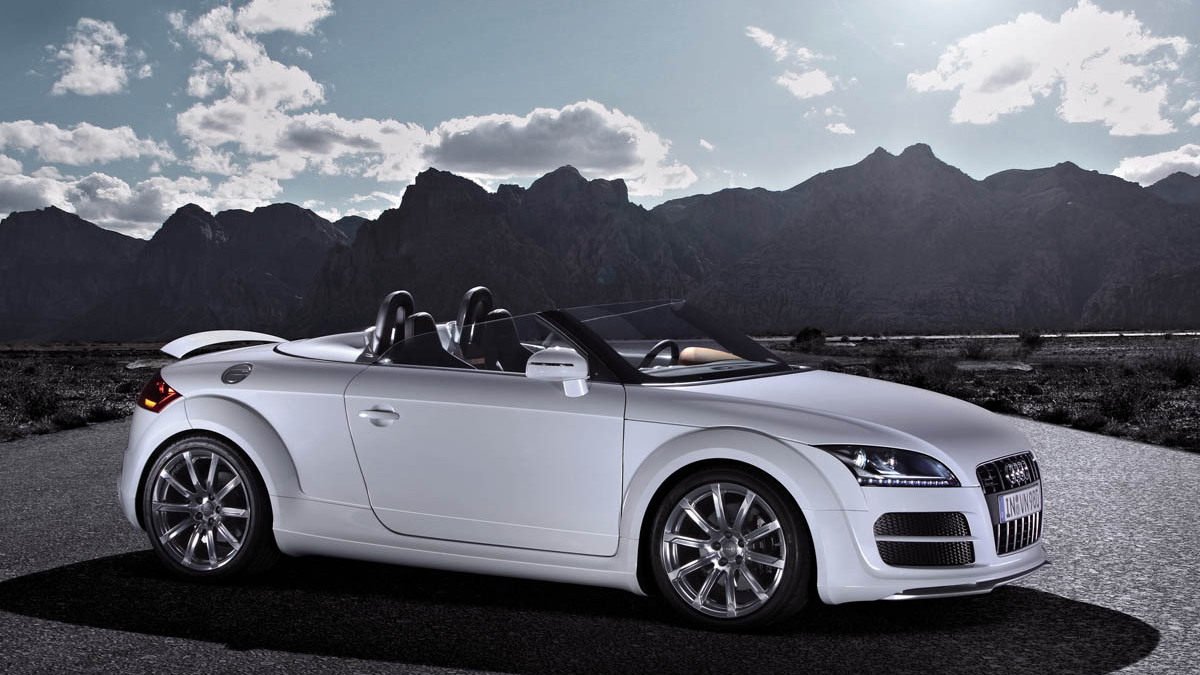 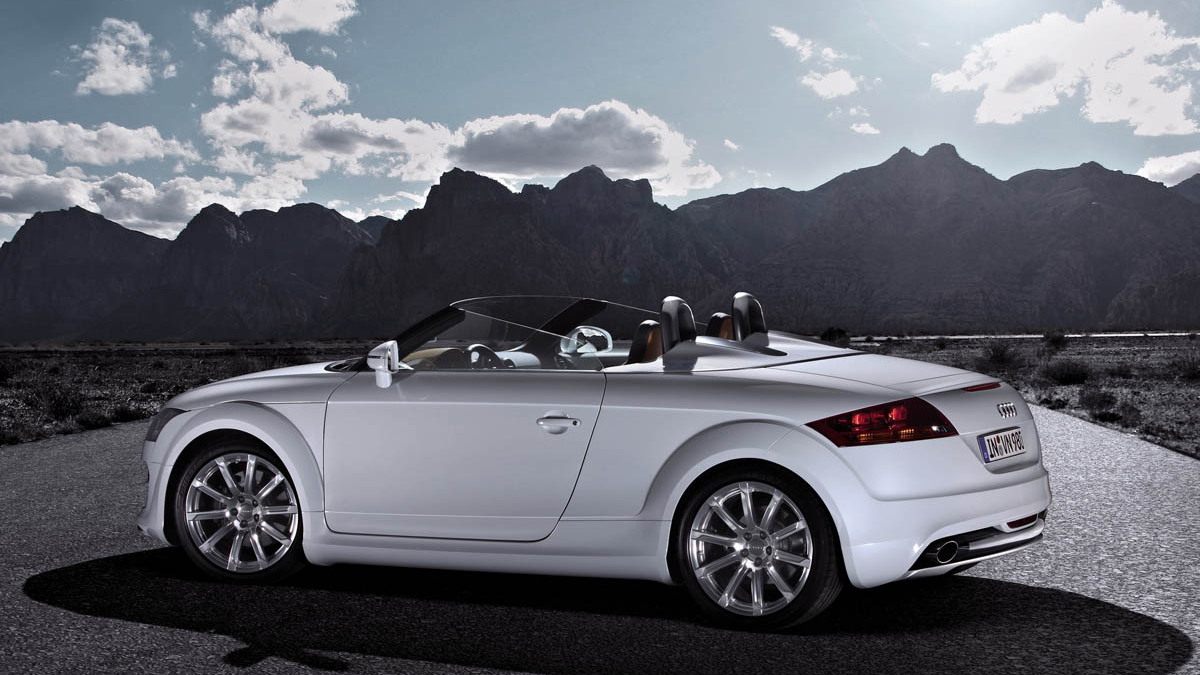 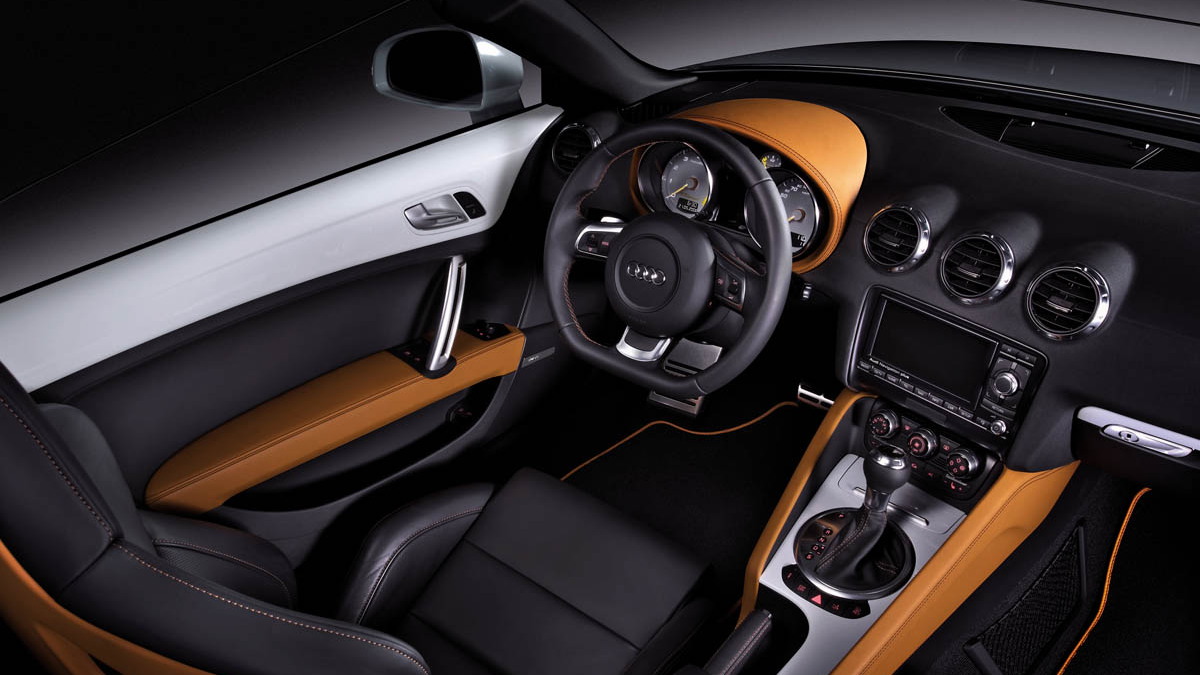 13
photos
Audi has revealed an updated version of the open-top TT clubsport quattro at the Wörthersee Tour tuning show in Austria today. The new car was spotted recently by spy photographers and was first seen exactly one year ago at the same tuner show also in concept form. The new version retains the open cockpit and 300hp (220kW) turbocharged 2.0L TFSI of the original concept as well as a new seven-speed S tronic dual-clutch gearbox and permanent AWD system.

The track of the car was widened by 66 millimeters versus the standard TT and the rear bumper is designed as a diffuser and feature two large tailpipes made from stainless steel. The brake package is the same unit from the sporty TTS and consists of 340mm ventilated discs up front and 310mm units in the back.

The interior is fitted with a pair of sports bucket seats, a unique high-grip version of Audi’s flat-bottomed steering wheel and aluminum shift paddles. The door pull handle and door opener are also made of aluminum, but are hollow to help save weight.

Audi hasn't confirmed production plans but the car is likely to be released as a limited edition model later this year. Audi also used the Wörthersee show to present a new sports concept of the A3 TDI hatch, which you can read about in a previous story by clicking here.