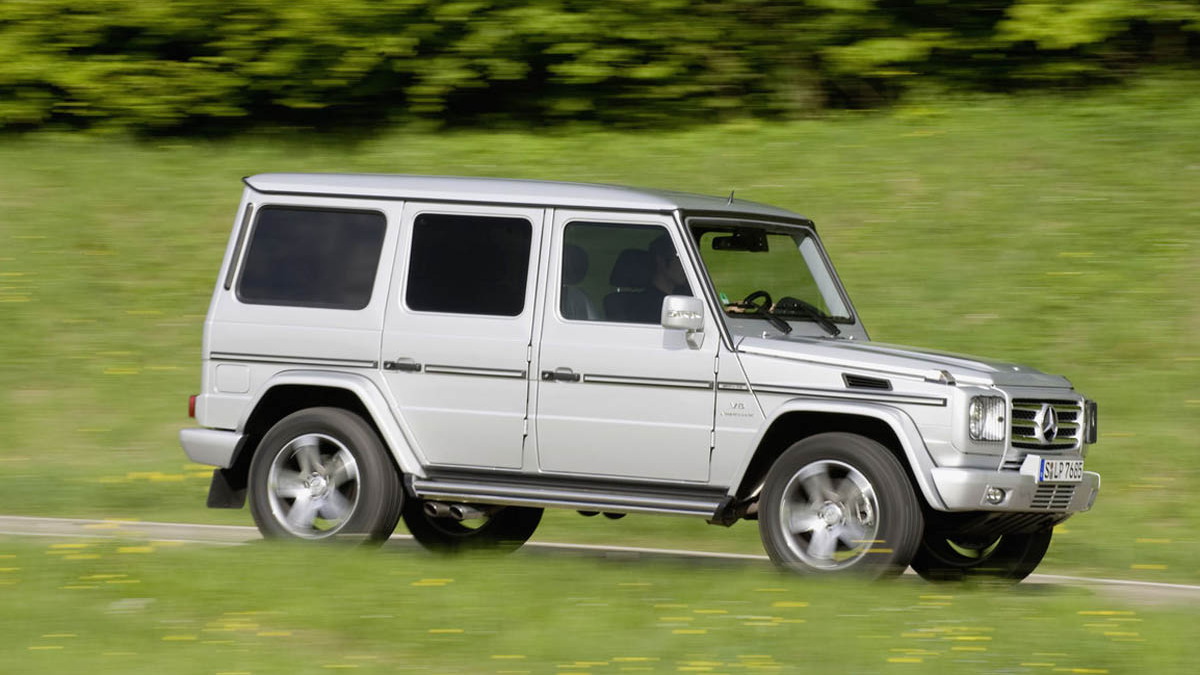 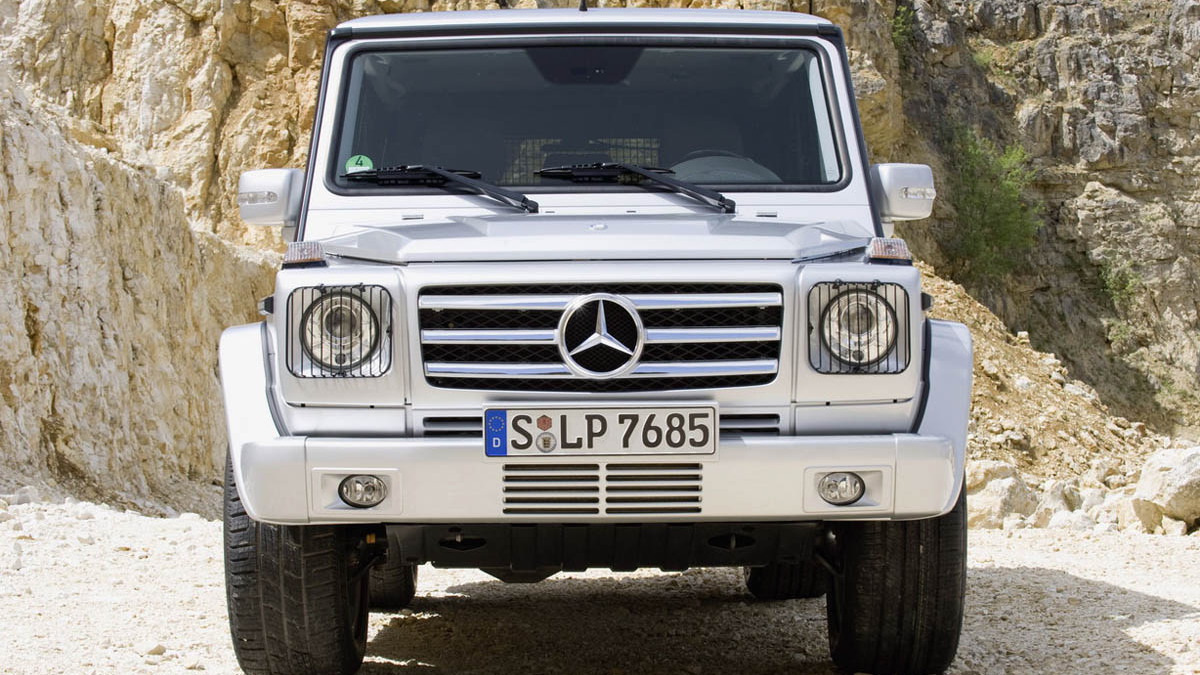 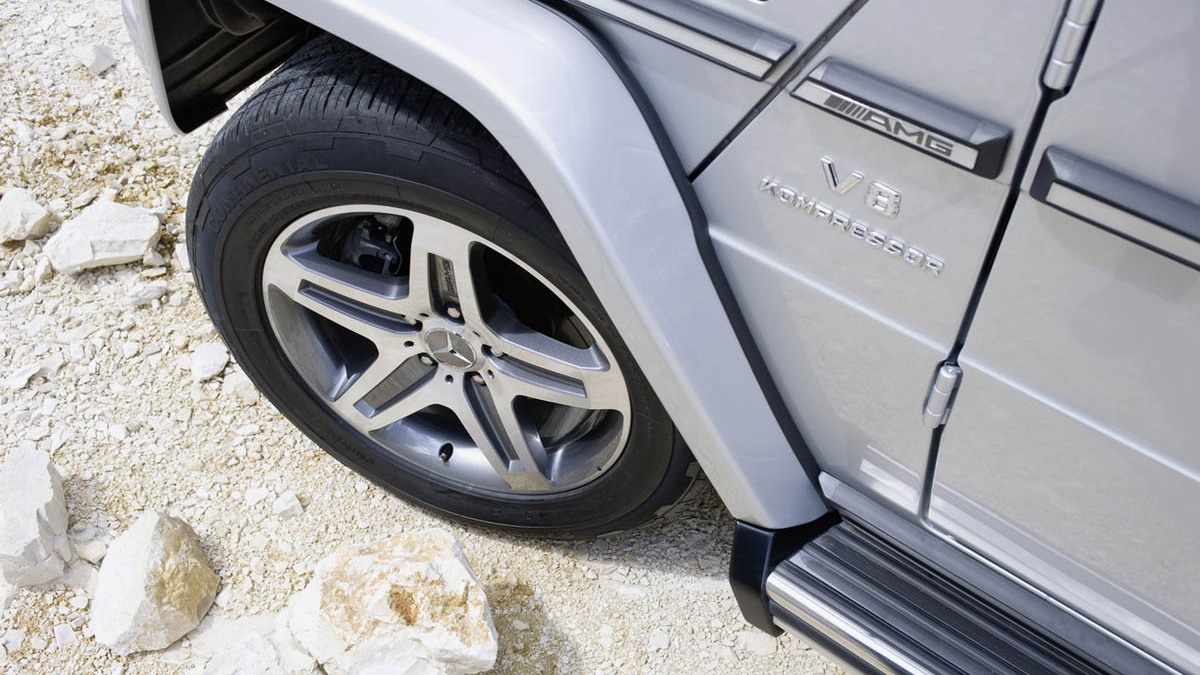 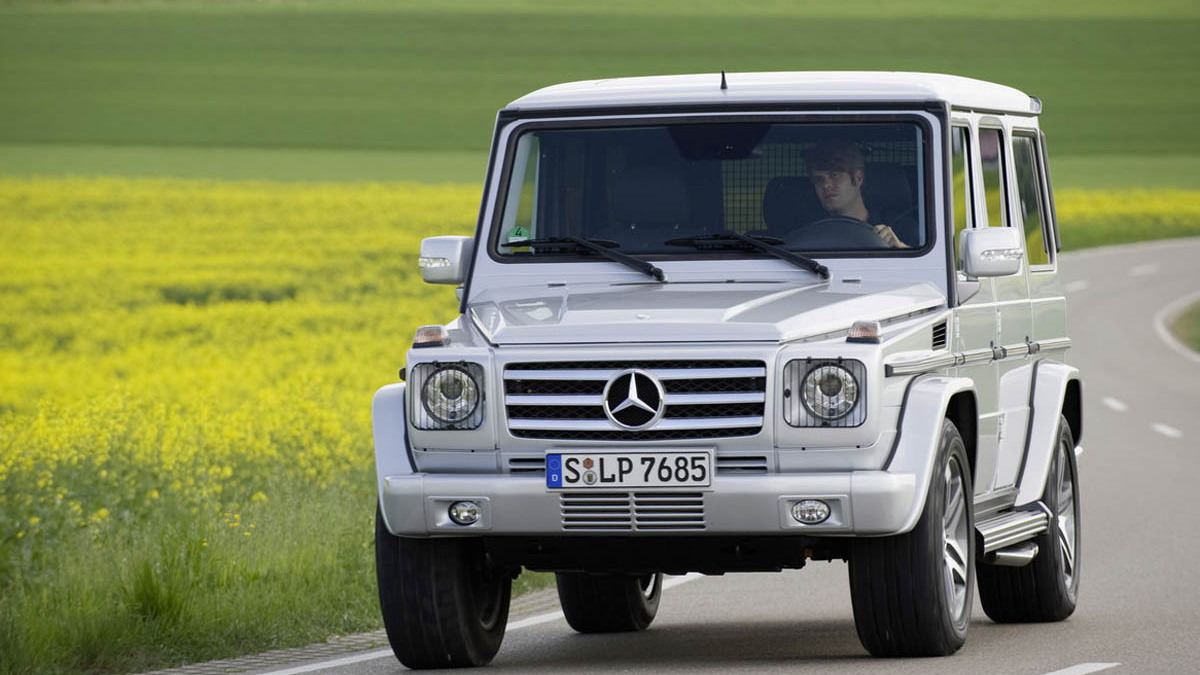 9
photos
Updated: Less than a week after the updated G-Class range was first revealed, Mercedes-Benz has taken the covers off its new 2009 G55 AMG performance SUV. Like the regular G-Class fleet, the new model sports a 5.5L V8 engine but thanks to the addition of a supercharger and a new ECU power is bumped up from 500hp in the previous version to an E63-rivaling 507hp. Torque has also been boosted to 700Nm.

Performance numbers remain unchanged with the new model accelerating from 0 to 100 km/h in 5.5 seconds and reaching an electronically limited top speed of 210km/h. Changes include an updated electronic stability control system, new 19in alloy wheels with 275mm rubber and new interior trim.

Original: Mercedes-Benz has updated a model that has been in production for 29 years and remains nearly identical to the original 1979 version. The model is the G-Class off-roader, short for Geländewagen (cross-country vehicle), and despite being the longest-serving passenger vehicle in Mercedes’ 122 year history the SUV is subject to continual updating to keep it in touch with the latest in technology.

While the exterior has largely been left untouched, the car has received several major updates to its telematics and engine lineup. From the outside, the newest generation of the G-Class can be identified by its restyled, three-fin radiator grille, with the G500 sporting new-look 18in light-alloy wheels as an additional distinguishing feature.

The model range continues to comprise three different body variants (short-wheelbase wagon, long-wheelbase wagon and cabriolet), which are either powered by a 3.2L V6 CDI engine generating 224hp (165 kW) 540Nm or a new 5.5L V8 petrol unit with an output of 388hp (285kW) and 530Nm of torque. This new V8 is enough to propel the heavy G‑Class from 0 to 100 km/h is completed in just 5.9 seconds.

The latest edition of the G-Class is also equipped with new Bluetooth handsfree, a new hard-drive based media interface that allows an external music storage device to be linked up, a dual-tuner stereo and an updated COMAND system with voice-activation.