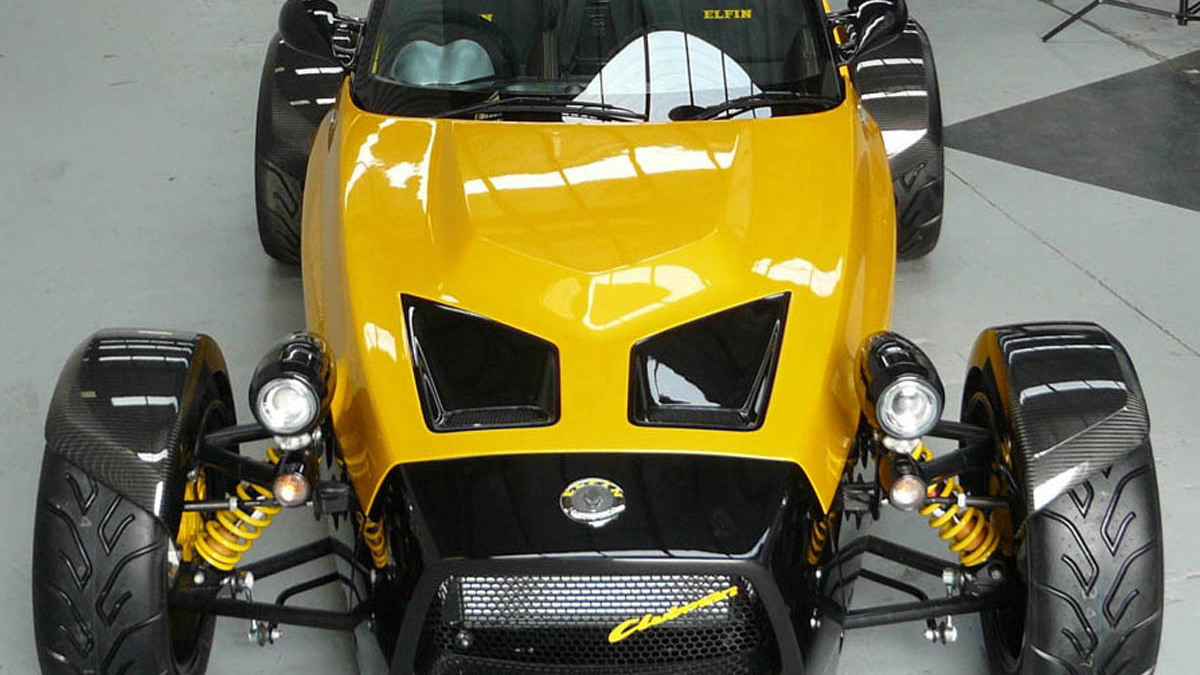 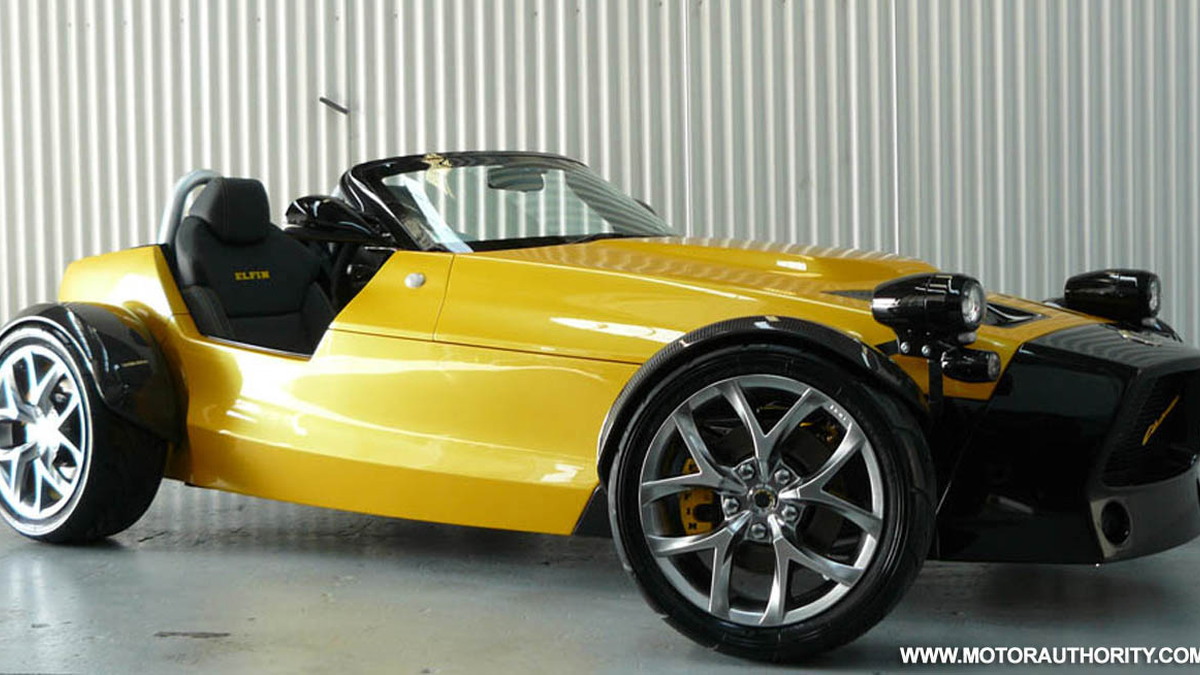 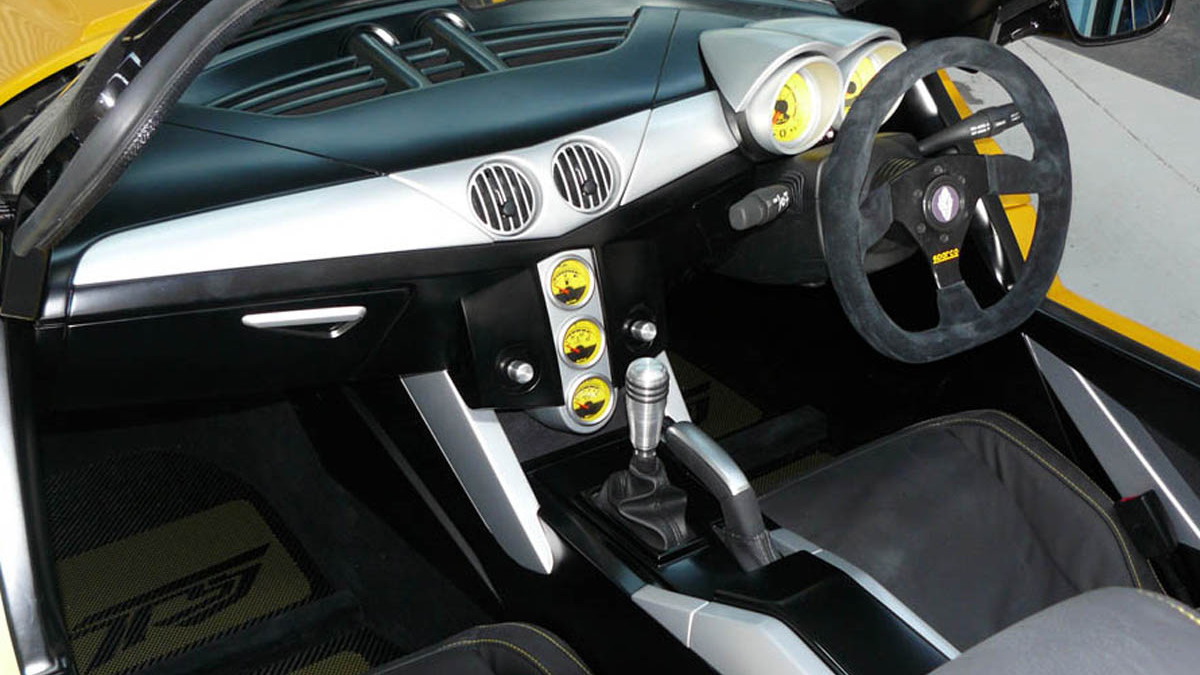 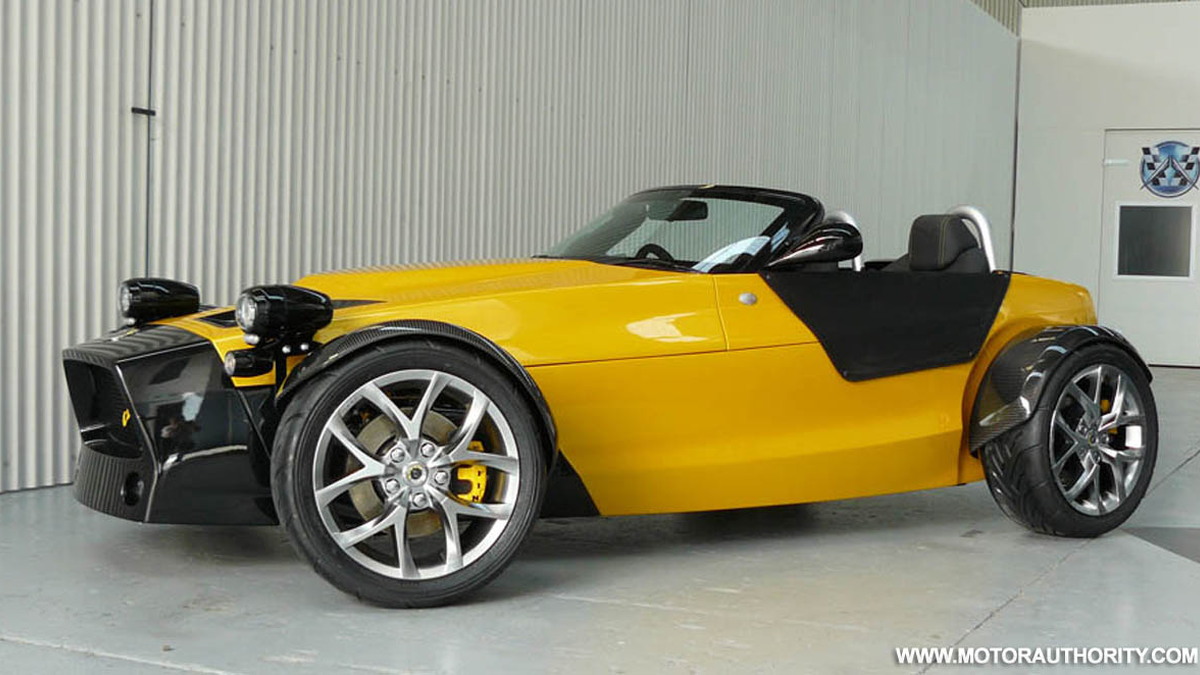 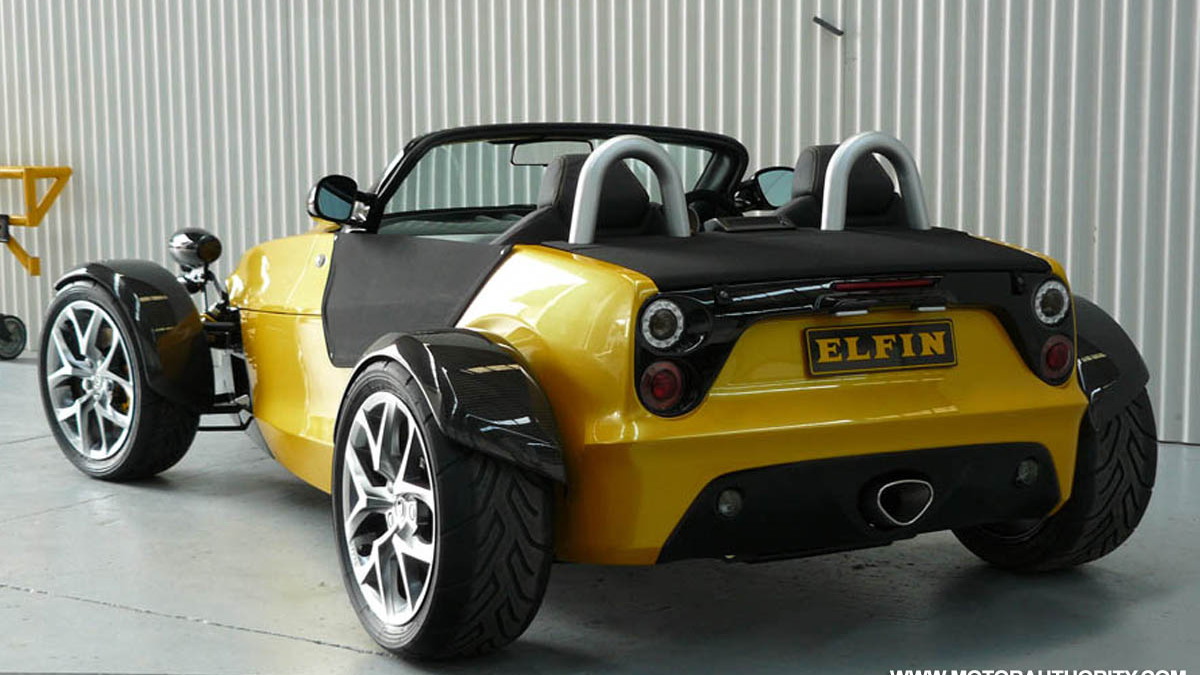 7
photos
Elfin sports cars has unveiled its Type 5 Clubman roadster at today’s Sydney Motor Show, using the event to confirm that the final production version will be almost identical to the show car. The Type 5 replaces the Type 3, the last four-cylinder car by Elfin, which ceased production in 2006 when the new MS8 range came on the scene.

The vehicle is built in the same vein as other ultra-lightweight track cars such as Caterham, and its combination of high power and low weight make it a formidable opponent in a motorsport setting. It uses the same General Motors four-cylinder turbo found in the Pontiac Solstice GXP and Saturn Sky Redline, which is good for 260hp (194kW) and 260lb-ft (350Nm) of torque, and the Type 5 tips the scales at just under 750kg.

Pricing for the Type 5 will be one of its key selling points. In Australia, it will be priced at around the same level as a Nissan 350Z or Mazda RX-8, though with its estimated 3.7 second 0-100km/h time the Elfin’s accelerative performance puts it in an entirely different class.

An Australian company, Elfin is the brainchild of motorsport legend Tom Walkinshaw – the same man behind Holden Special Vehicles (HSV) and Walkinshaw Performance. His ties to the Holden brand are deep and many of his Elfin projects take advantage of that association. HSV designers penned the new Type 5, and parts from the corporate parts bin will be making their way into its build process.