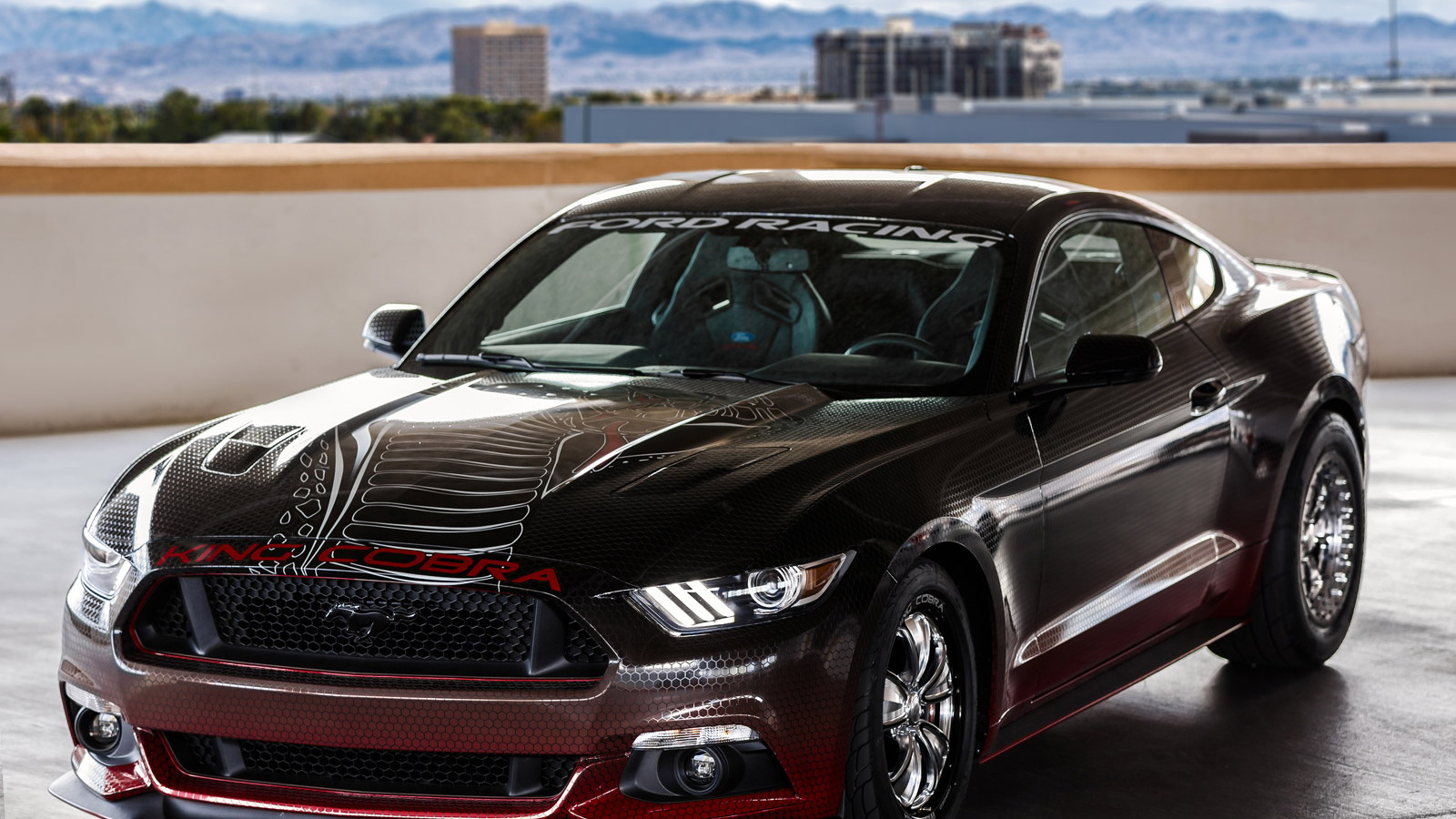 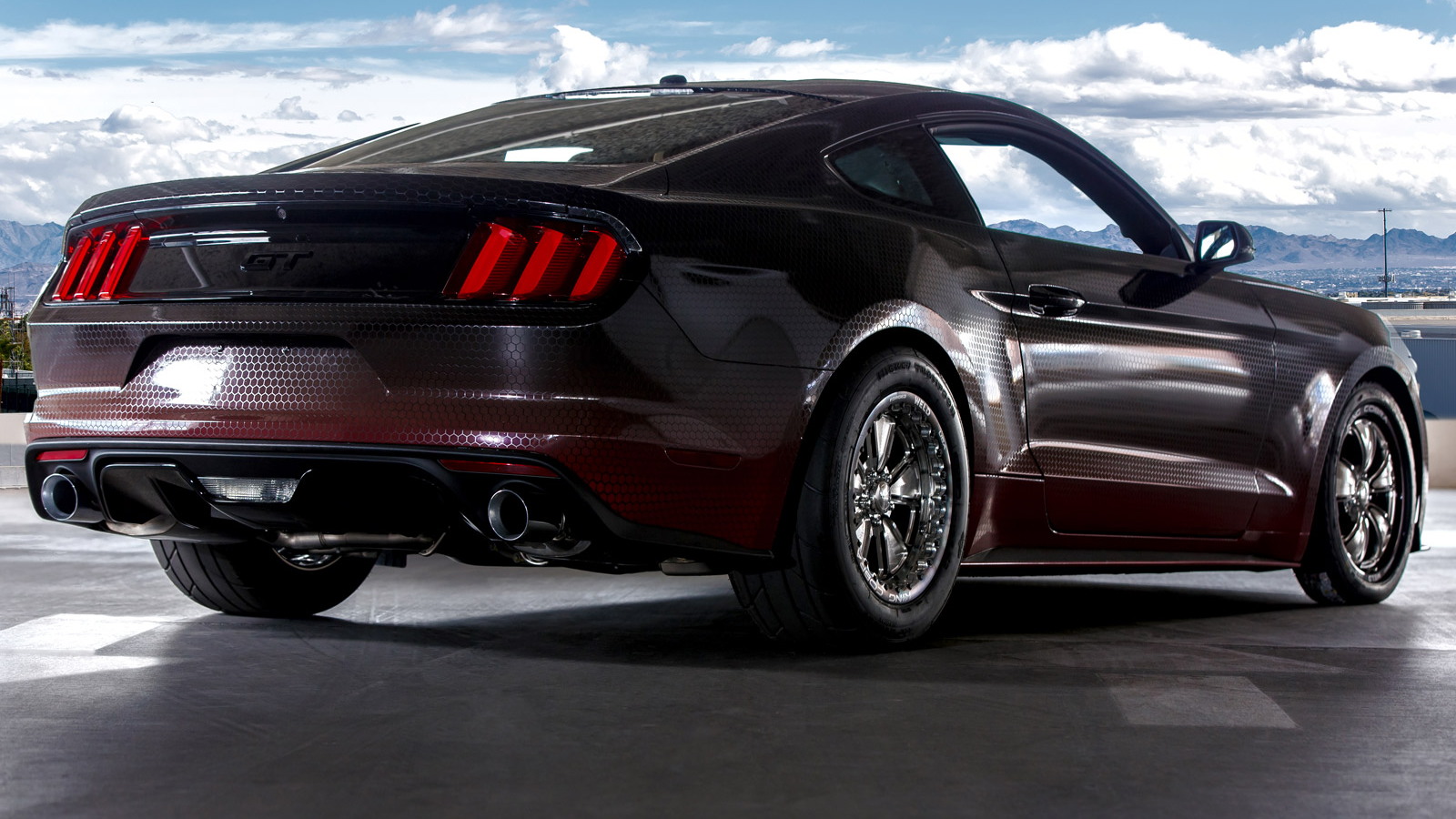 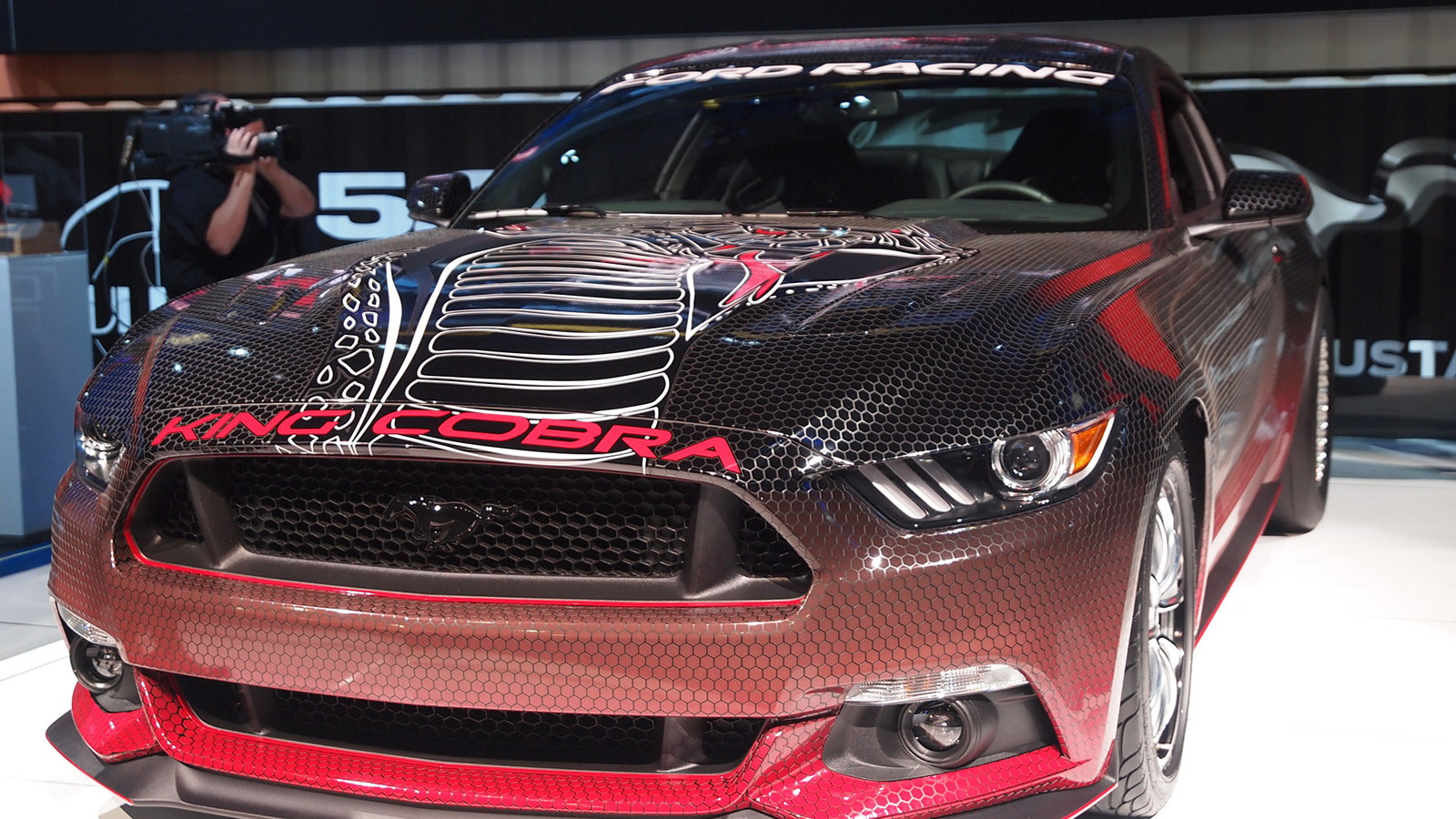 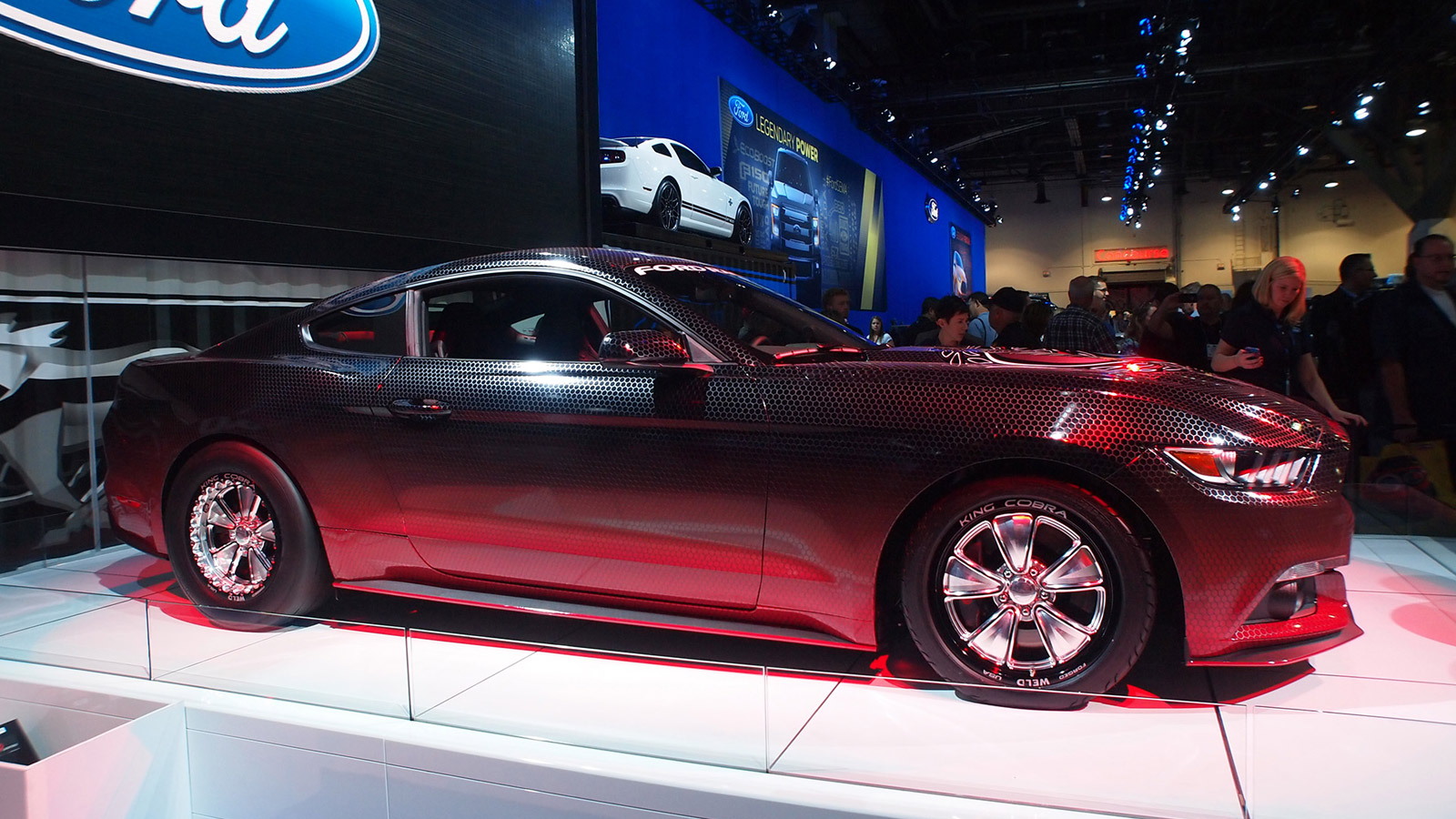 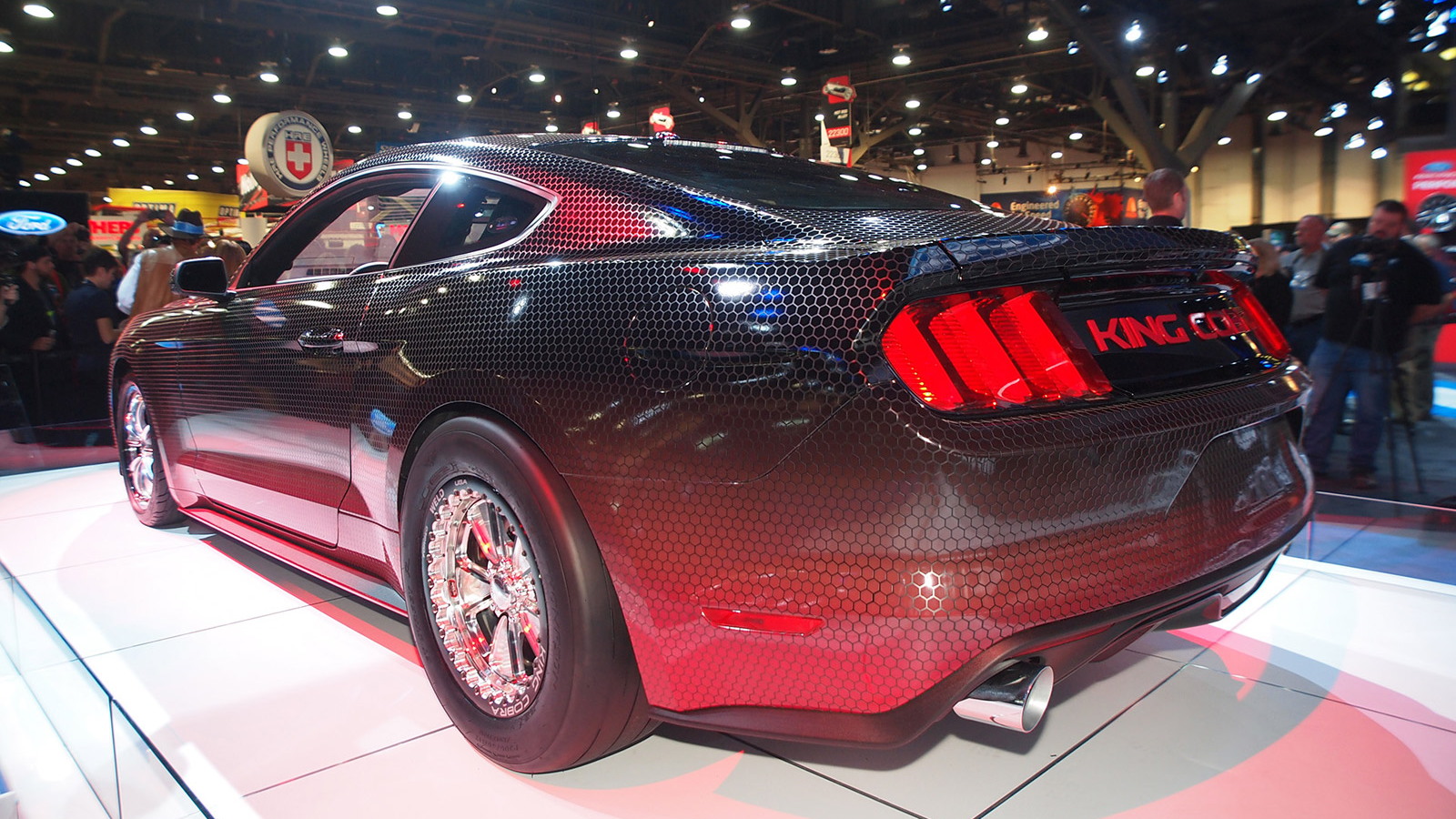 Today’s the last day for the 2014 SEMA show but don’t sweat if you’ve missed it, especially if you’re a Ford fan, because we have a gallery of the some of the best 2015 Mustangs on display at the event. These were just some of the stars on the Ford Motor Company [NYSE:F] stand at SEMA this year, brought to you by top tuners such as Chip Foose, Galpin Auto Sports and Roush. There’s also an insane classic Mustang from Ken Block which the rally driver will be using for his seventh Gymkhana.

Also worth a mention is the Mustang GT from Galpin Auto Sports. It also gets a supercharger but boasts an output of 725 hp. Other modifications include a custom front fascia and new headlights with LED turn signals that blink in sequence, just like on the taillights. Rounding out the aesthetic changes are a carbon fiber front splitter and rocker panels, along a more aggressive rear diffuser.

Last but not least is the Mustang RTR from professional drifter Vaughn Gittin Jr. He’s come up with a series of upgrades for the entire Mustang range, the most potent of which is a supercharger kit for the Mustang GT that also liberates 725 hp from the car’s 5.0-liter V-8. The best part about the RTR upgrades is that they will be offered through Ford dealerships, not only here in the U.S. but in most markets where the 2015 Mustang will be sold.

With so many tuners lining up to get the hands on the latest Mustang, it’s little wonder that the car was voted the ‘hottest’ at this year’s SEMA. For more from the show, head to our dedicated hub.