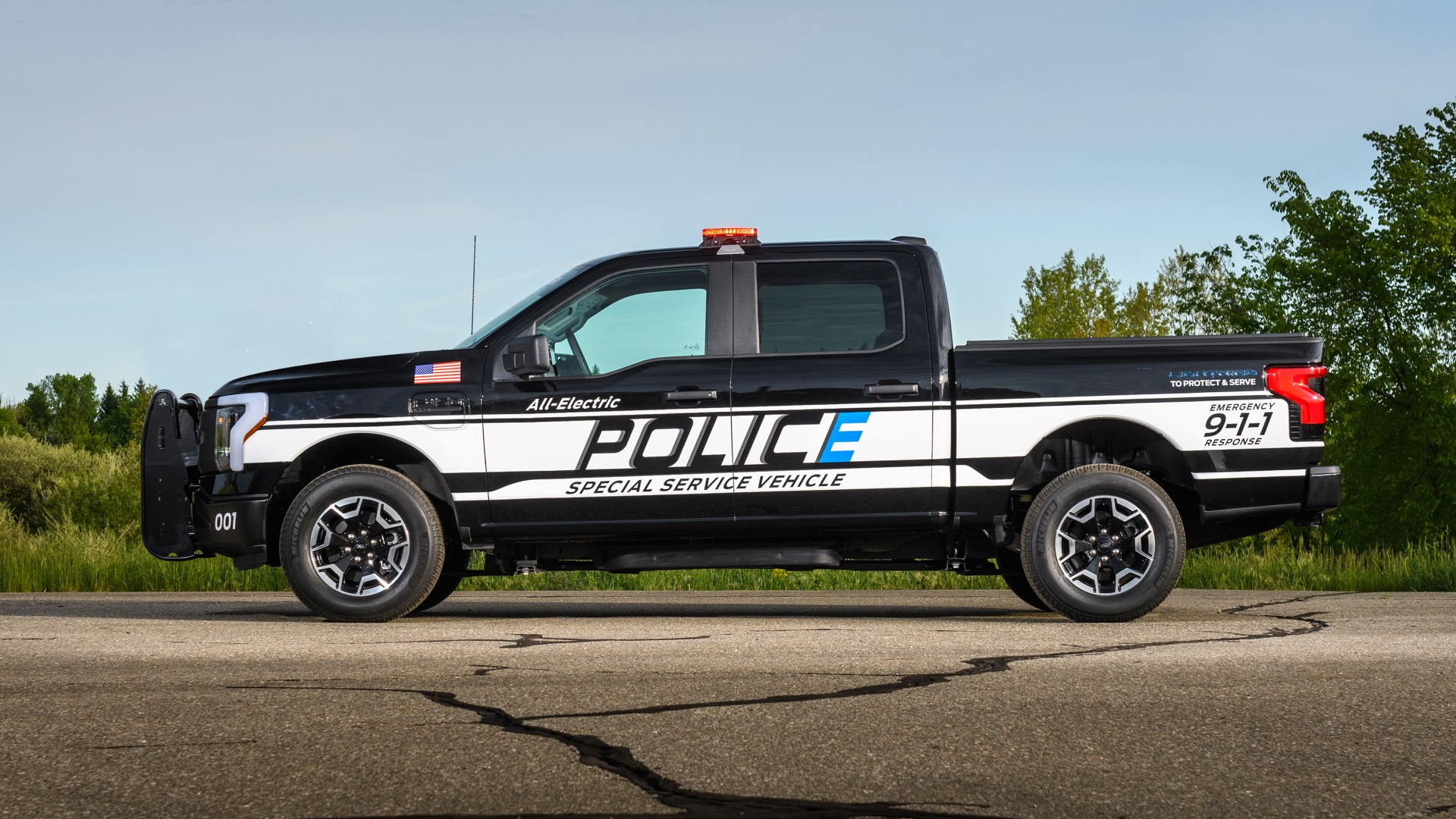 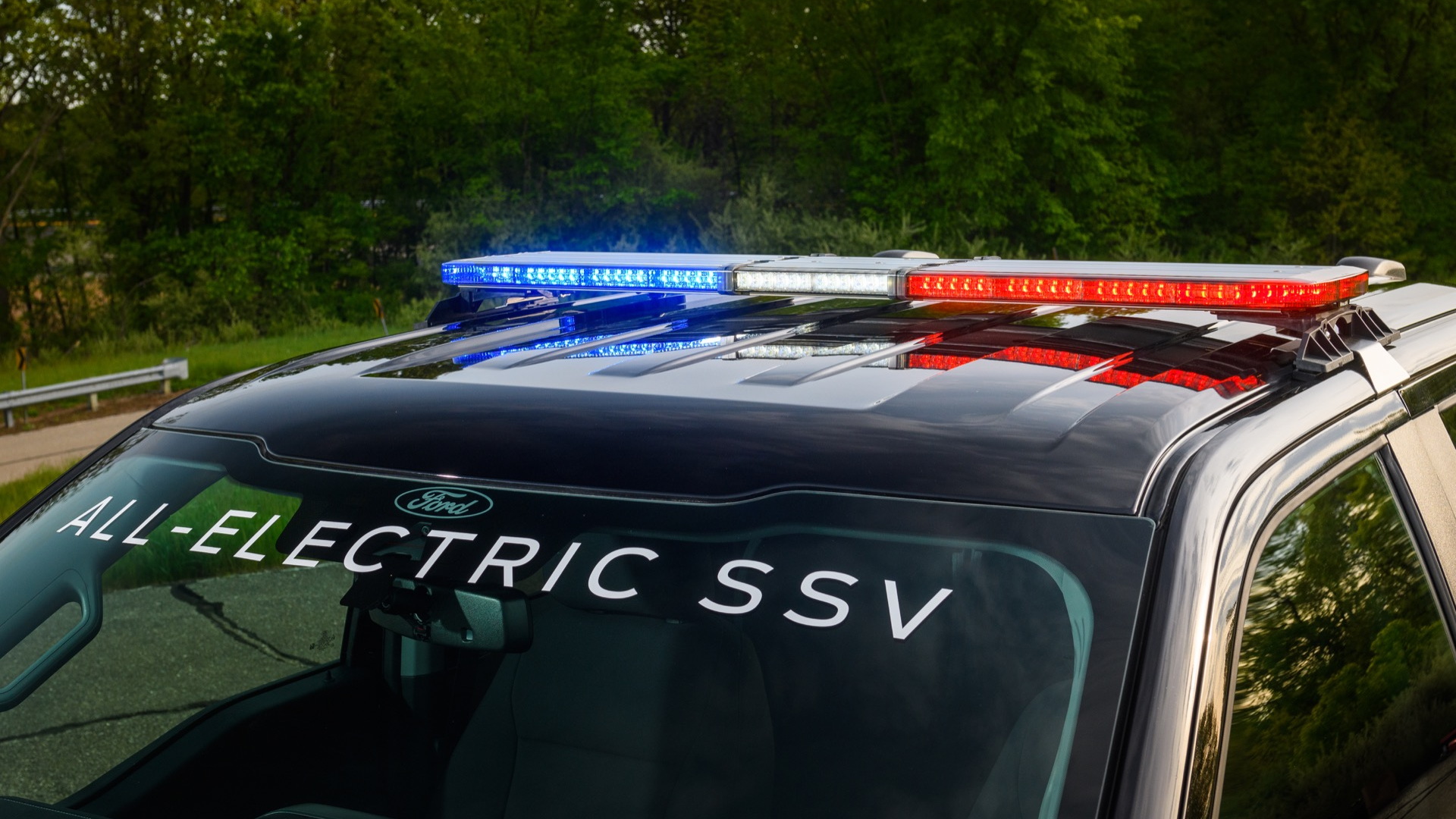 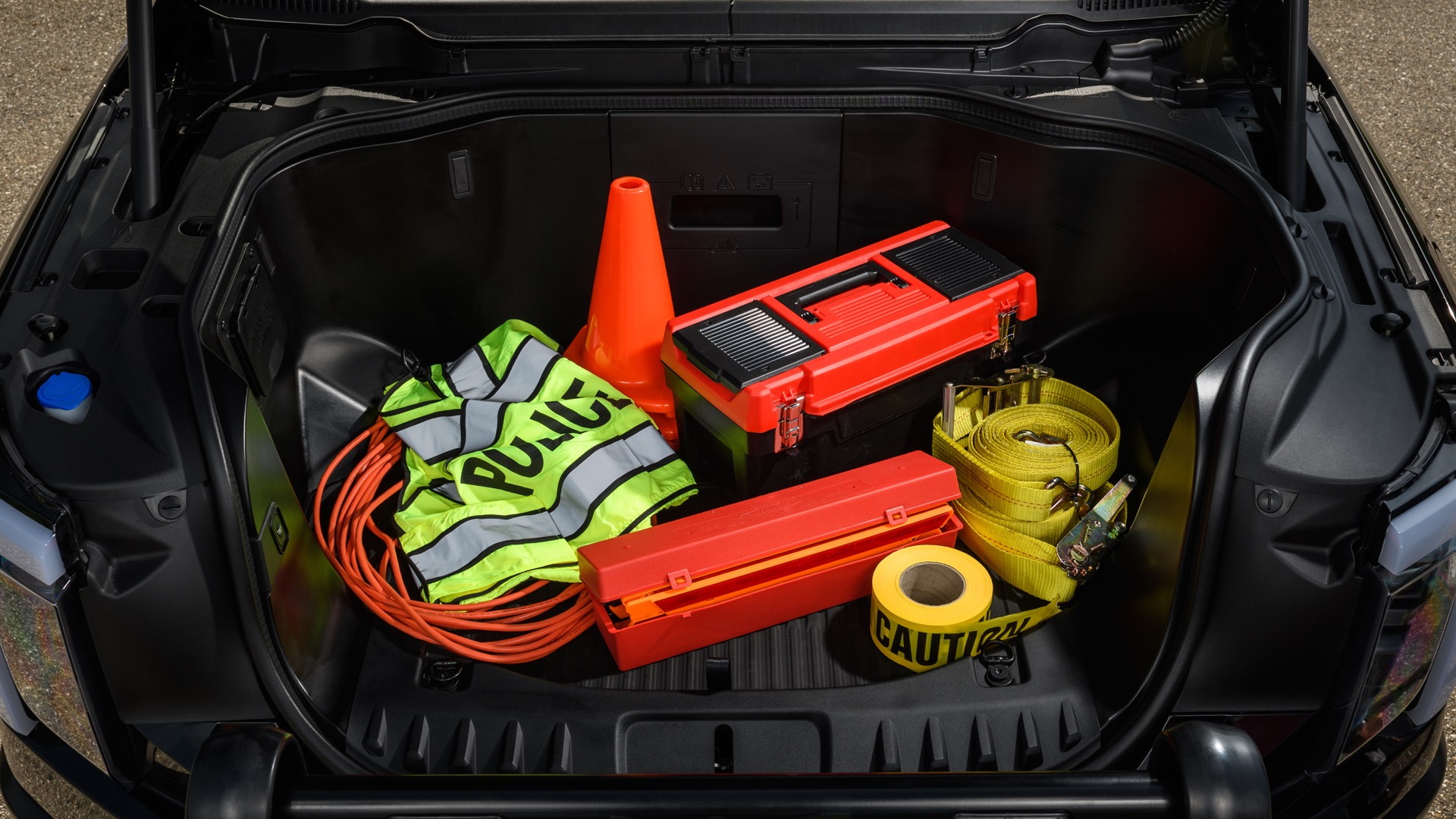 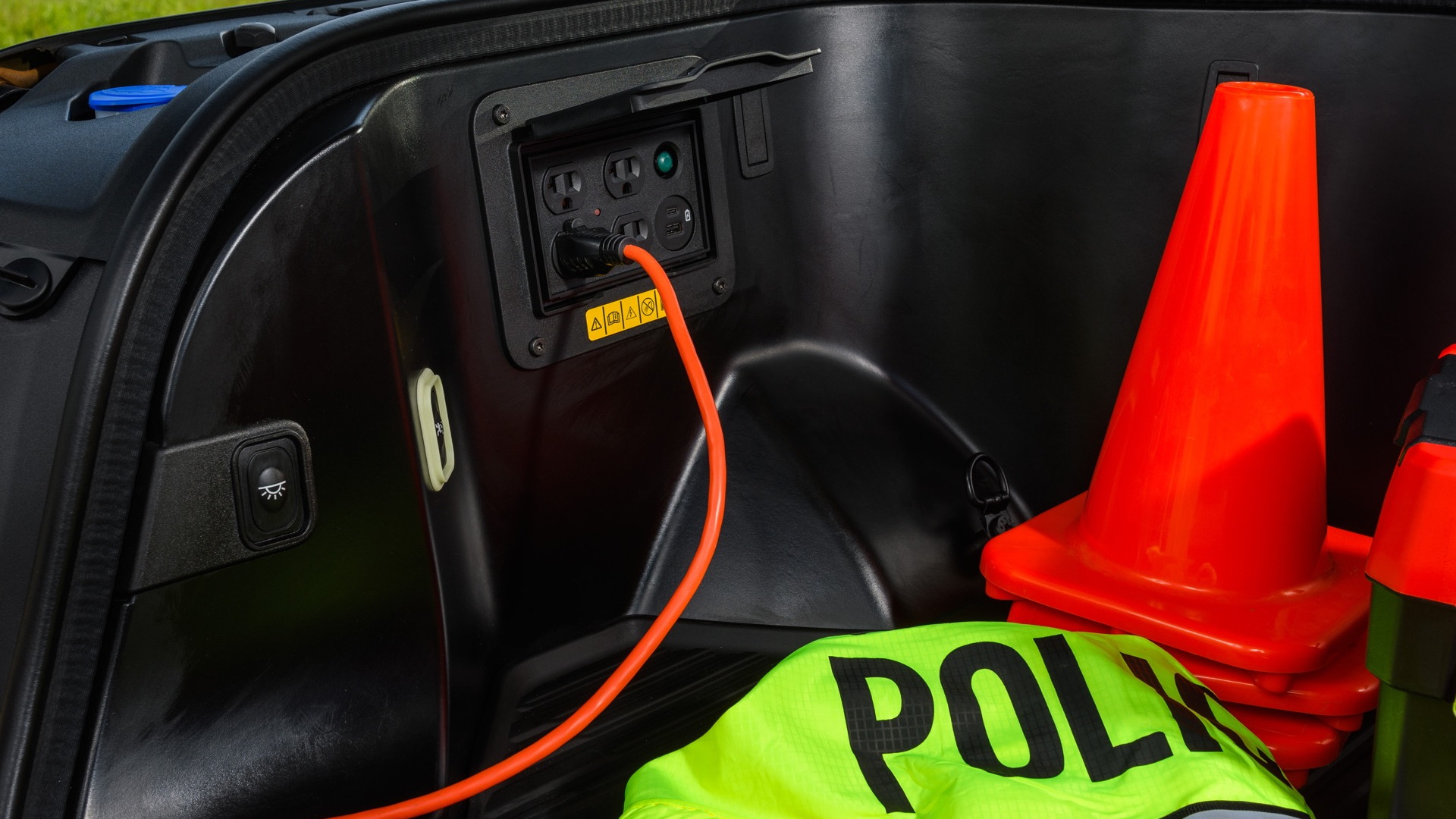 As the name suggests, the truck is based on the F-150 Lightning's Pro commercial version, and forms part of Ford's own SSV (Special Service Vehicle) program that equips regular Ford vehicles with the basic equipment needed for police services and other law enforcement agencies. The regular F-150 is already part of the program, along with the Expedition SUV and Transit van.

Ford also offers the more specialized F-150 Police Responder for police duty, and the new F-150 Lightning Pro SSV is essentially a blend of that truck and the SSV version. Key updates include seats lined in heavy-duty cloth and featuring reduced bolsters to help holstered officers easily get in and out of the vehicle quickly and without fuss. There's also steel intrusion plates in the front seatbacks and a reinforced center console designed to be upfitted with police equipment.

Rather than handle pursuit duties, where range is essential, the F-150 Lightning Pro SSV has been designed to handle other common police actions, according to Ford. Actions mentioned by the automaker include assisting at an accident or crime scene or providing departments with towing capabilities.

The vehicle also comes with all of the features of the F-150 Lightning Pro on which it is based, including 12-inch screens for the instrument cluster and infotainment hub, a frunk with power outlets, and a dual-motor electric drive system rated at 452 hp and 775 lb-ft of torque with the standard battery and 580 hp and 775 lb-ft with the extended-range battery. The latter means 0-60 mph acceleration in less than four seconds, making this the quickest police vehicle offered by Ford. Range figures weren't mentioned but the EPA rates the regular F-150 Lightning with the standard battery at 230 miles of range and the extended battery at 320 miles.

This is actually the second electric police vehicle from Ford. The automaker also offers a Mustang Mach-E police vehicle, examples of which have been operating in the New York Police Department fleet since this summer.