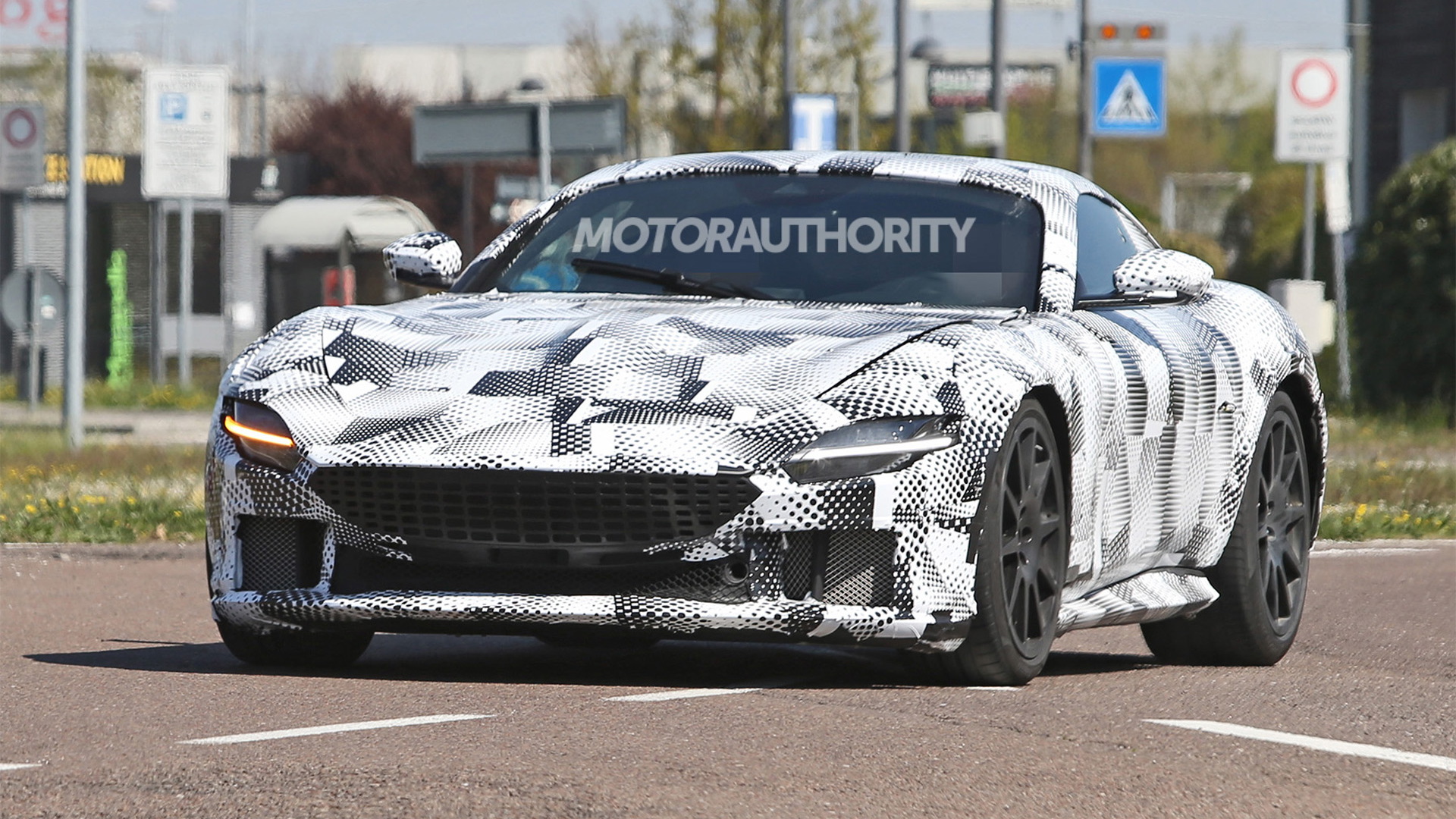 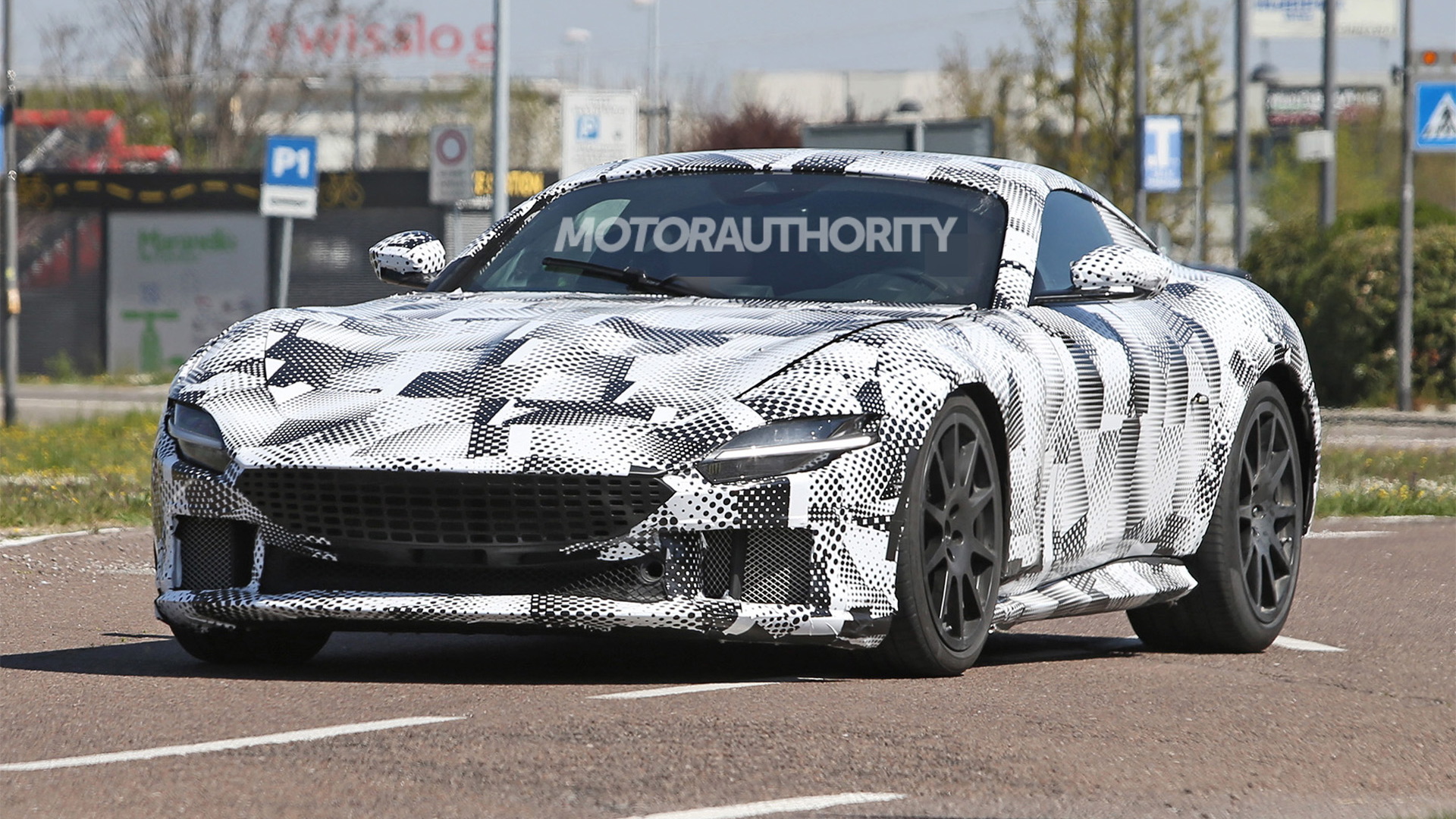 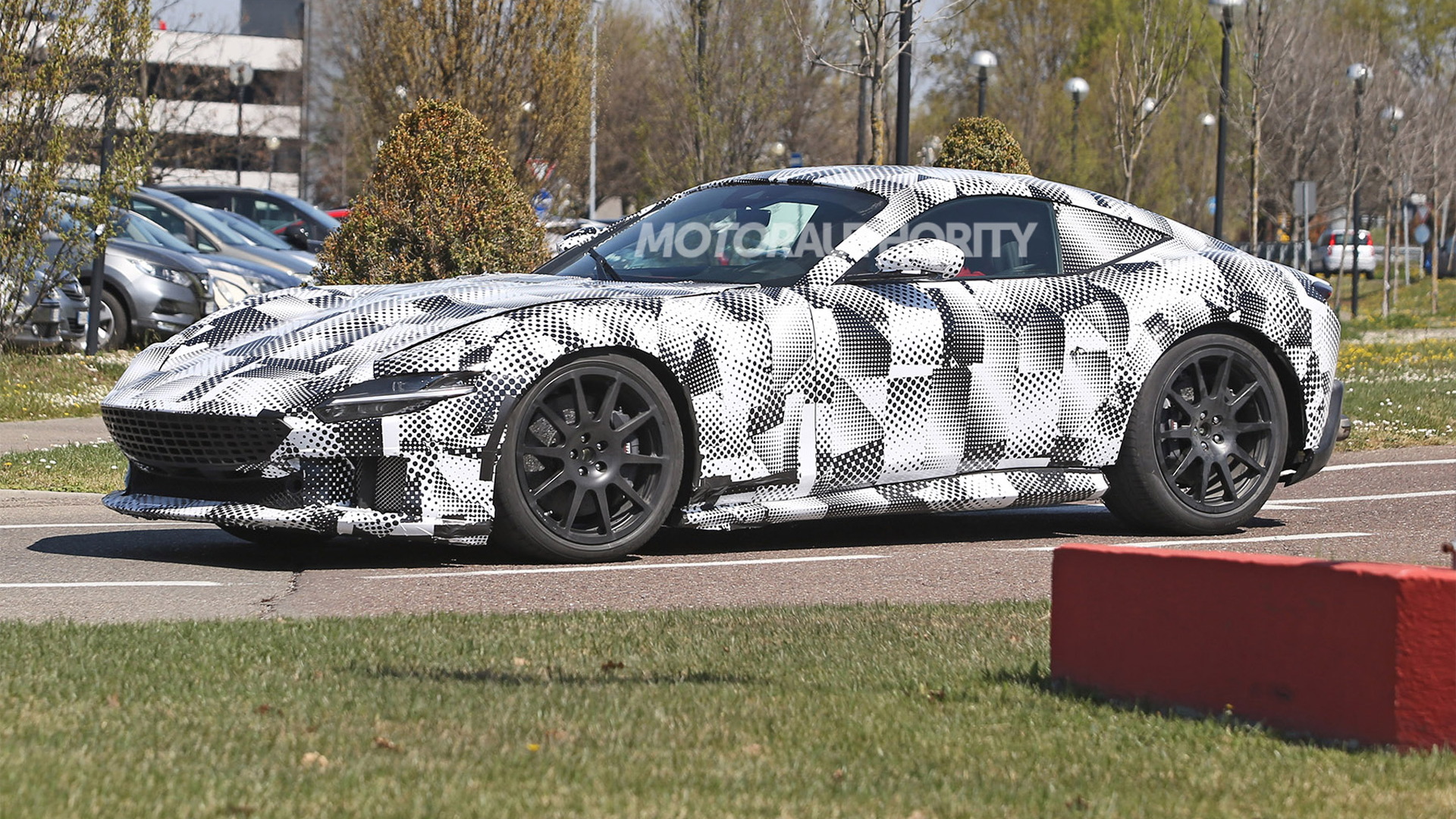 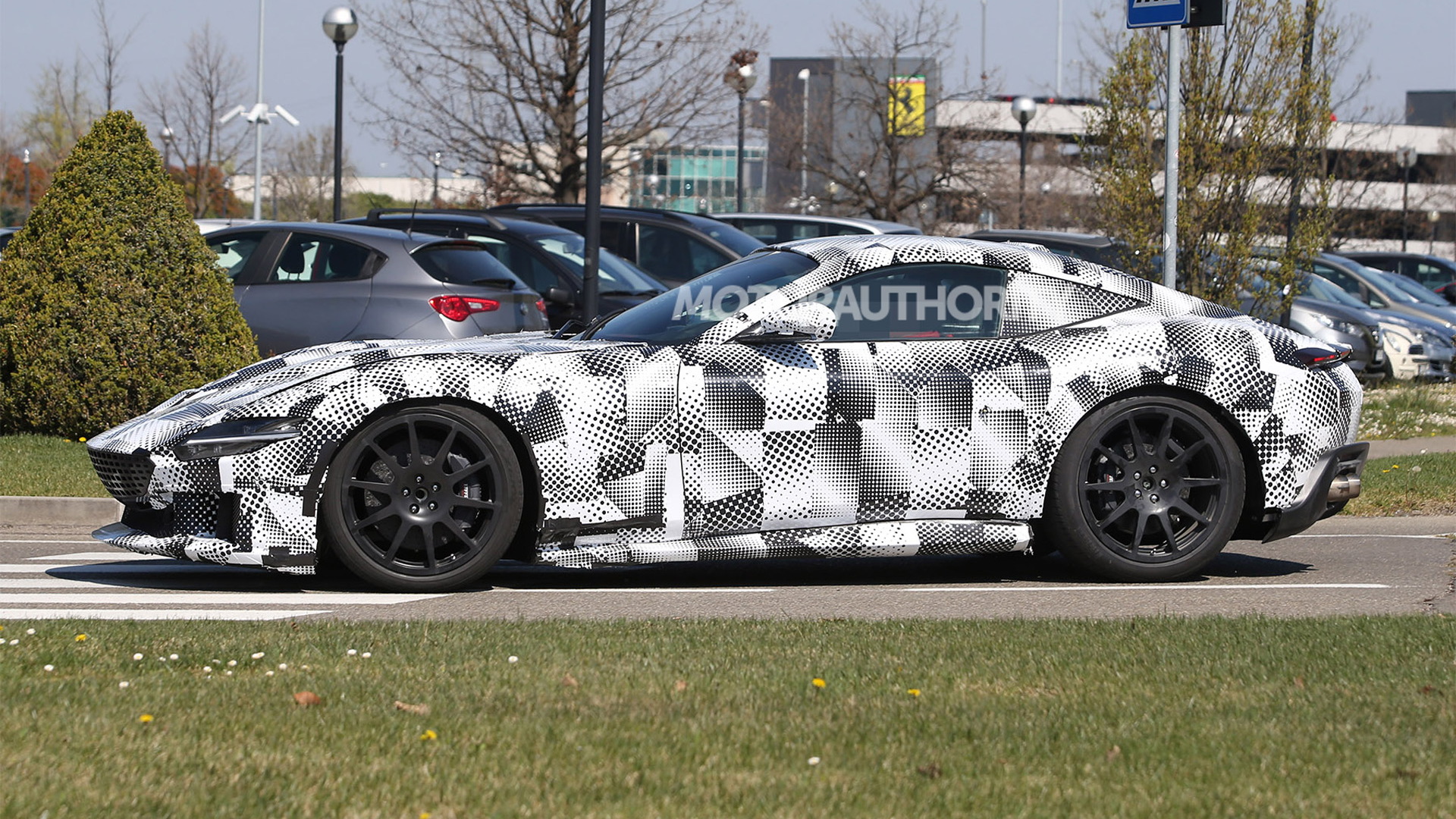 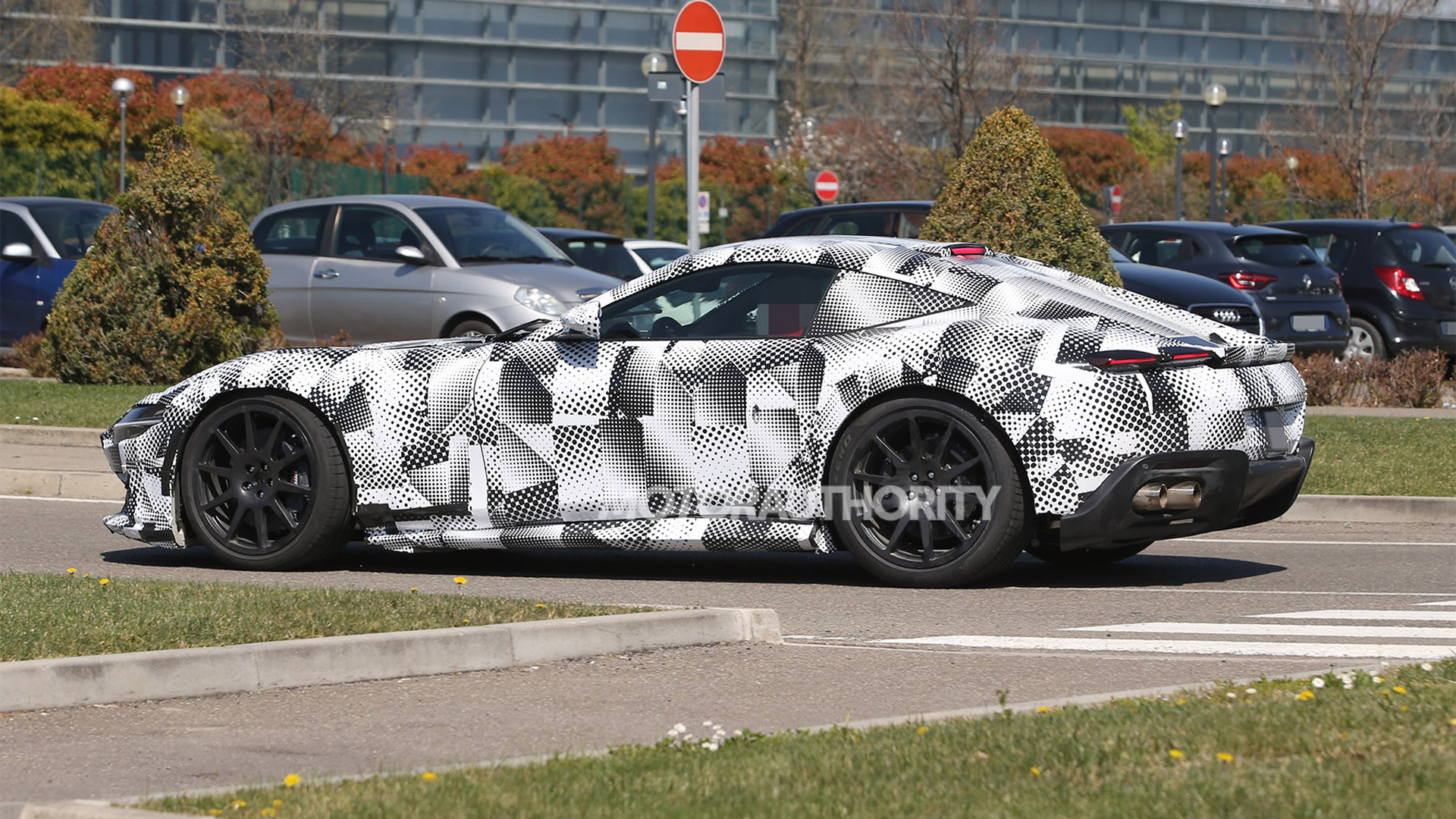 Ferrari has been spotted testing a camouflaged Roma sporting a V-12 engine.

The car looks like a standard Roma but the hood is longer and the front fascia features larger air intakes. A video also points to the car being fitted with a V-12.

This suggests that the car isn't simply a new Roma variant to sit above the current V-8 model but rather a test mule for a successor to the 812 Superfast. A test mule is where a new vehicle's underpinnings are tested beneath a makeshift body, in this case a modified Roma body.

The 812 arrived on the scene in 2017 and traces its roots to the F12 Berlinetta which debuted all the way back in 2012. If this test mule is in deed for an 812 successor, we should see prototypes with the final sheet metal test throughout 2023 and the car make its world debut in 2024.

The 812 successor will ride on Ferrari's newest platform for front-midship cars. The platform, which was first announced in 2018, supports multiple wheelbase lengths, engine types, and seating configurations, and can be equipped with all-wheel drive and hybrid technology.

While a V-12 is almost certain for the 812 successor, what isn't certain is whether there will be some form of electrification. There are rumors the hardcore 812 Competizione launched last year as a sendoff for the 812 line could be the last V-12-powered Ferrari without electrification or turbocharging.

We should know more following the debut of the Purosangue later this year. The Ferrari crossover is also based on the new front-midship platform and is expected to feature a V-12 at launch.