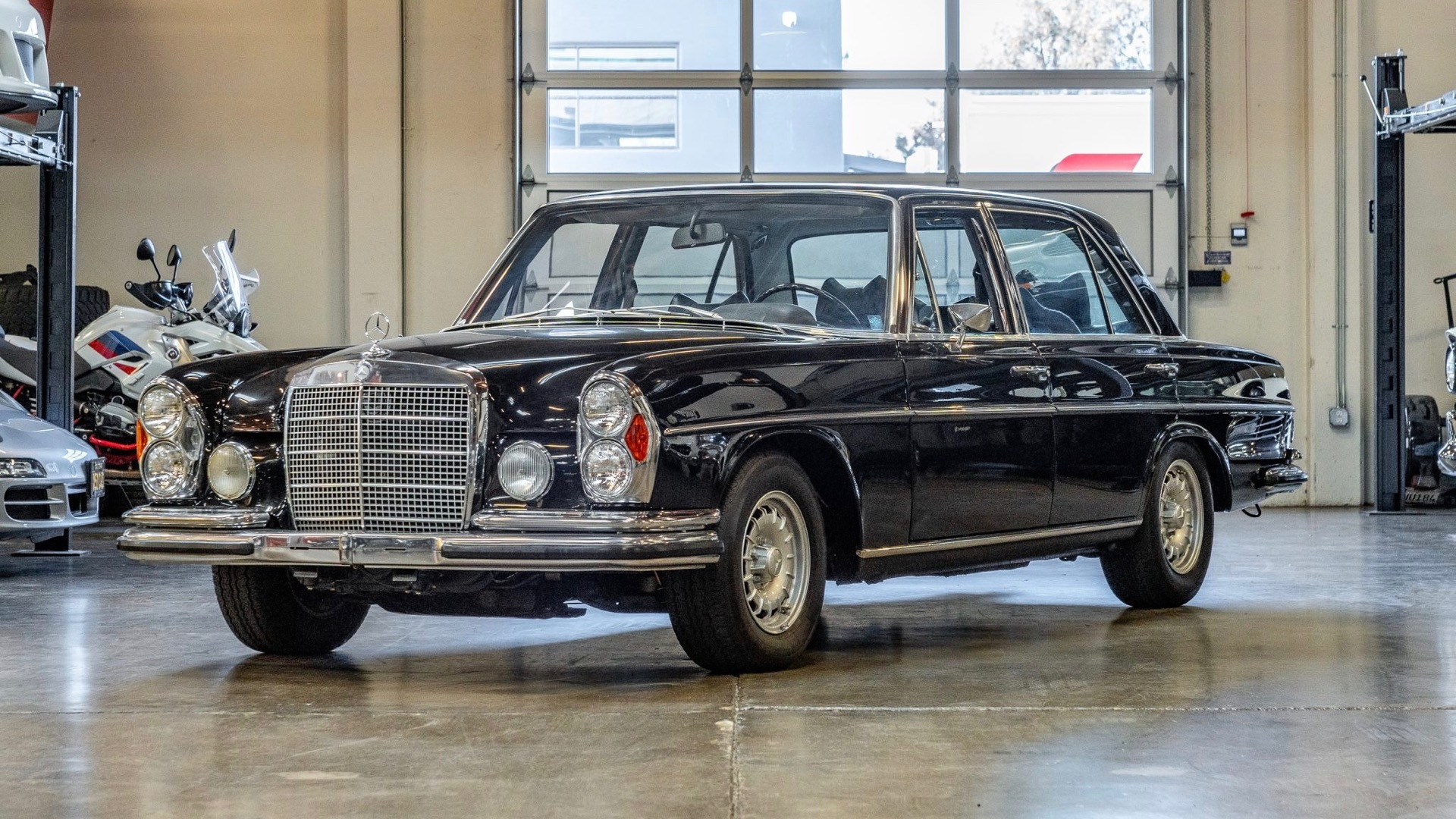 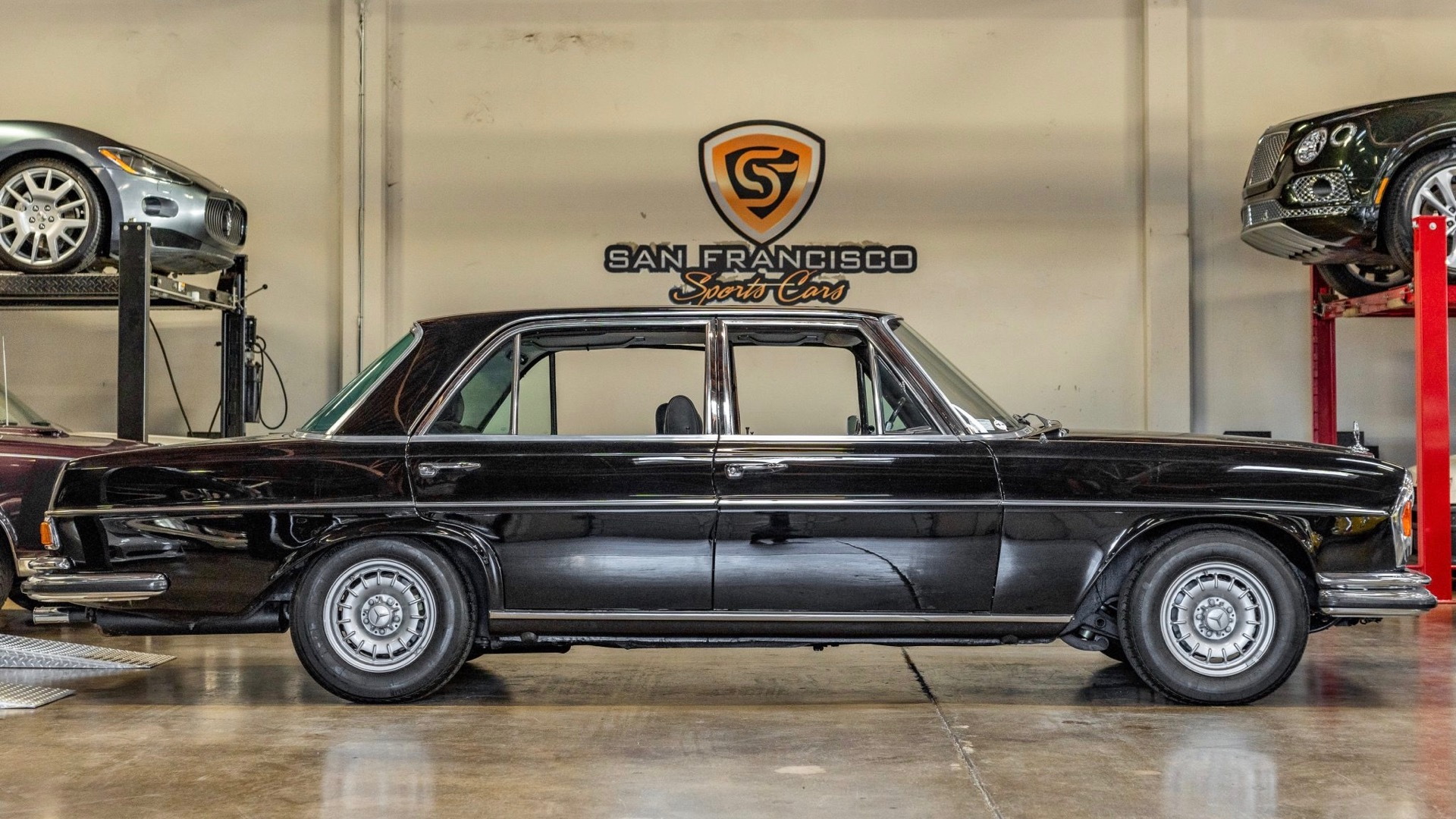 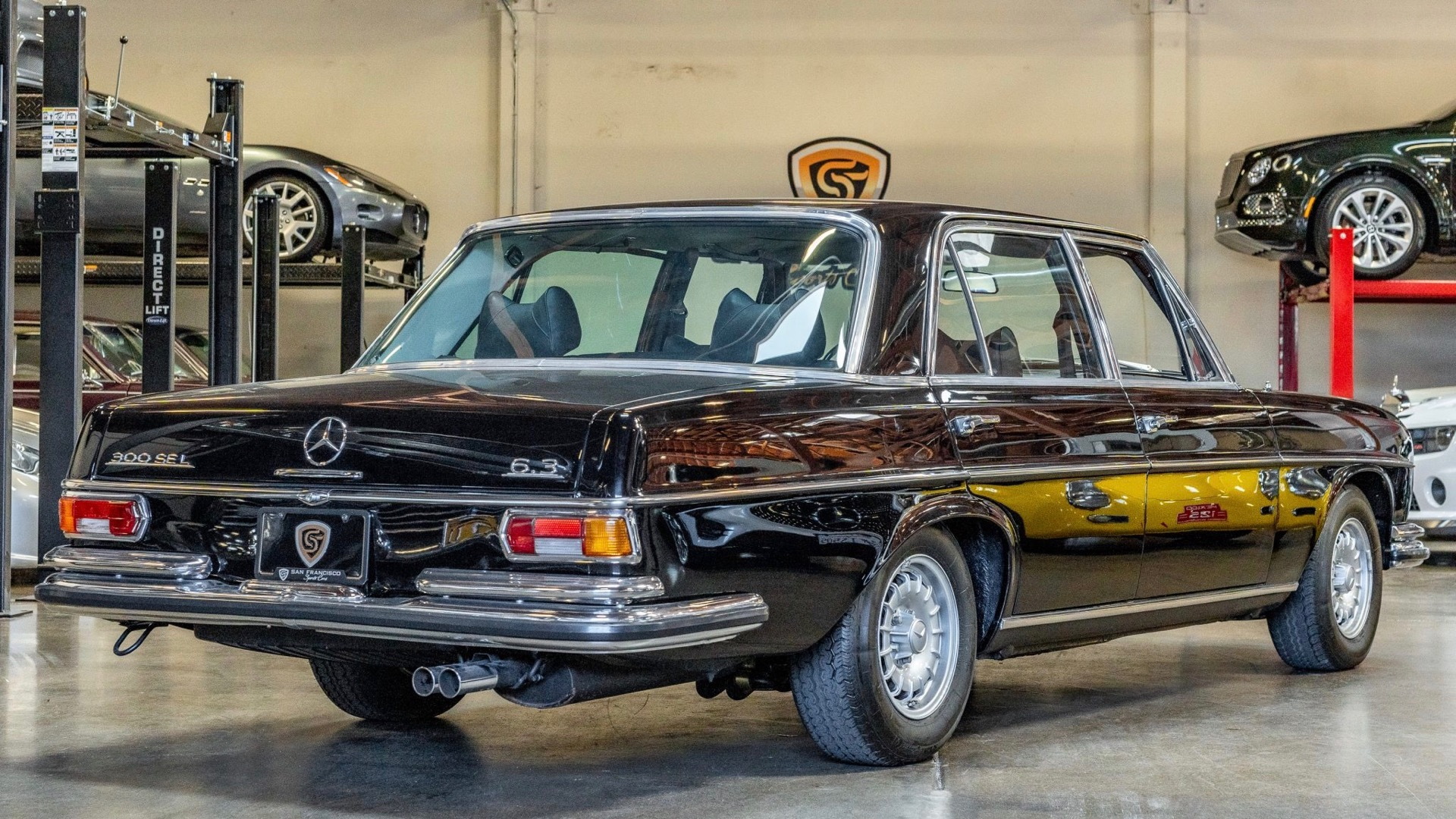 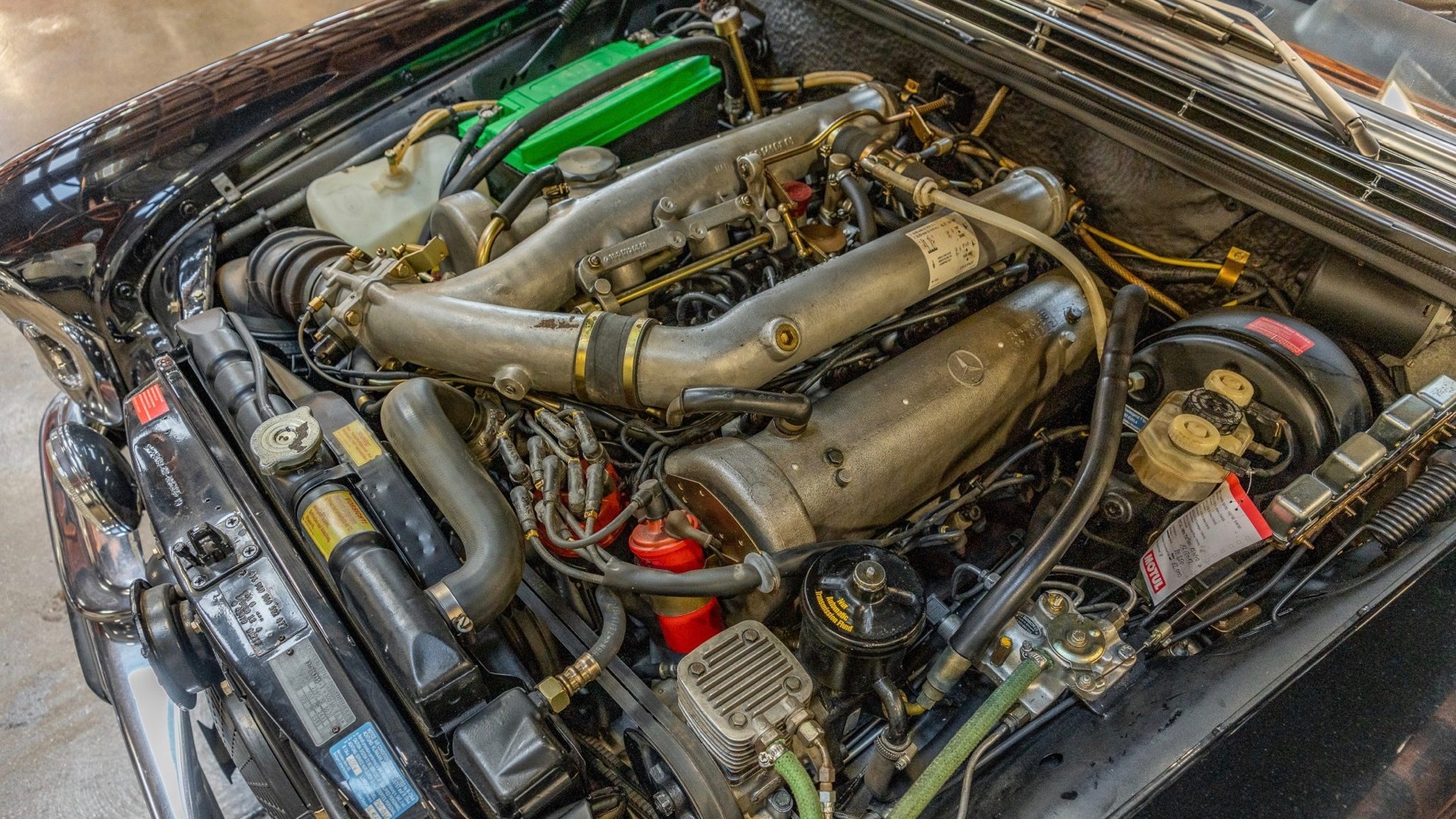 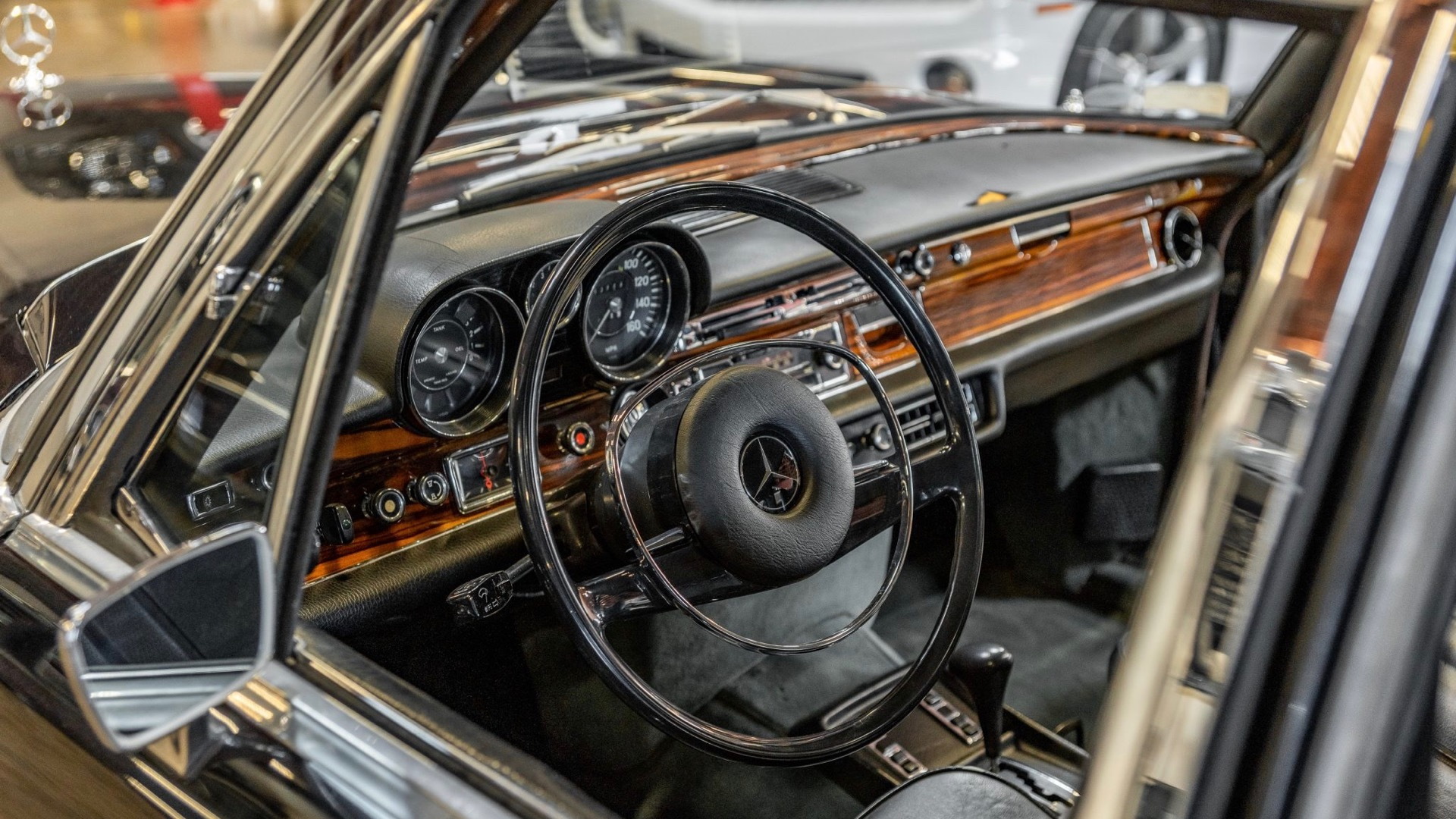 A 1972 Mercedes-Benz 300 SEL 6.3 once owned by Steve McQueen went up for auction on Bring a Trailer but failed to sell.

The King of Cool bought the big Benz sedan new in 1972 and drove it until his death in 1980. While McQueen owned a wide variety of cars, the Mercedes' black exterior and interior indicate he was going for subtlety with this one.

The 300SEL 6.3 was Mercedes' first attempt at a modern performance sedan. The Mercedes factory took the 6.3-liter M100 V-8 from the massive 600 limousine and put it in the smaller 300 SEL body, creating a sort of early German muscle car. The V-8 is good for 247 hp and 369 lb-ft of torque, which is sent to the rear wheels through a 4-speed automatic transmission.

In a way, the 300 SEL 6.3 set the template for today's Mercedes-Benz AMG sports sedans. But while AMG did race a 300 SEL 6.3 dubbed the Red Pig, it was still an independent tuner at the time and not involved in development of customer cars.

McQueen's 300 SEL 6.3 was previously listed on Bring a Trailer in 2007. It was then sent to Kienle Automobiltechnik for refurbishment in 2012-2013, costing an estimated 125,000 euros, according to the listing. The work included servicing the engine, refinishing the exterior, freshening underfloor insulation, fixing trunk trim panels and lighting, and replacing hoses and recharging the air conditioning system.

This wasn't a full restoration, however. The selling dealer, which acquired the car in 2015 notes that the upholstery and interior trim show signs of age. About 1,000 miles were added after the refurbishment, and the car now shows just under 81,000 miles, according to the listing. Multiple registration slips issued to McQueen's Solar Productions were included with the auction to prove its authenticity.

Given the 125,000 euro investment, which is about $137,000 at today's exchange rates, the $164,000 bid likely didn't cover the amount of money the owner had into the car. Perhaps the car will go to auction again and find a new buyer at a later date.