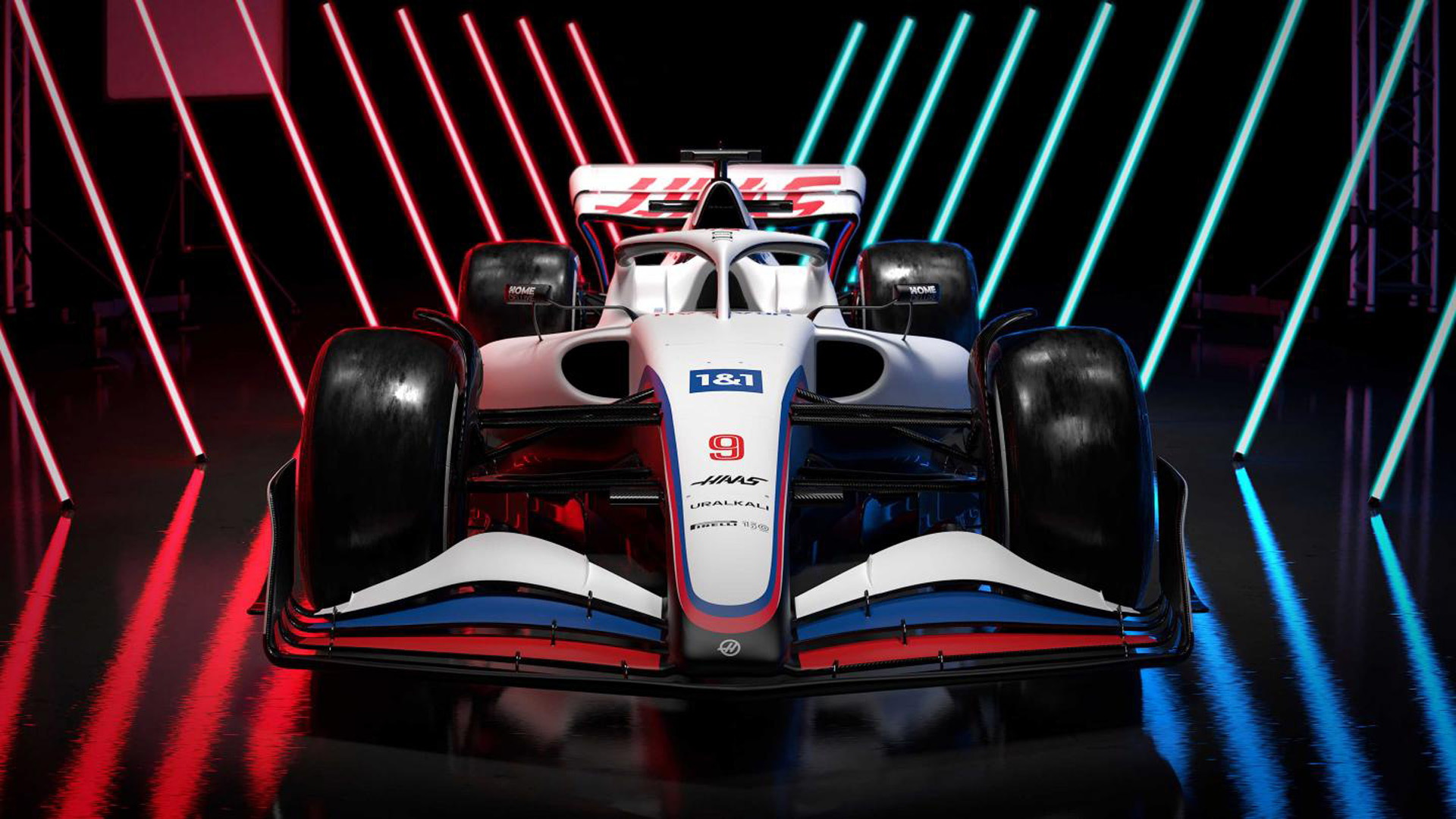 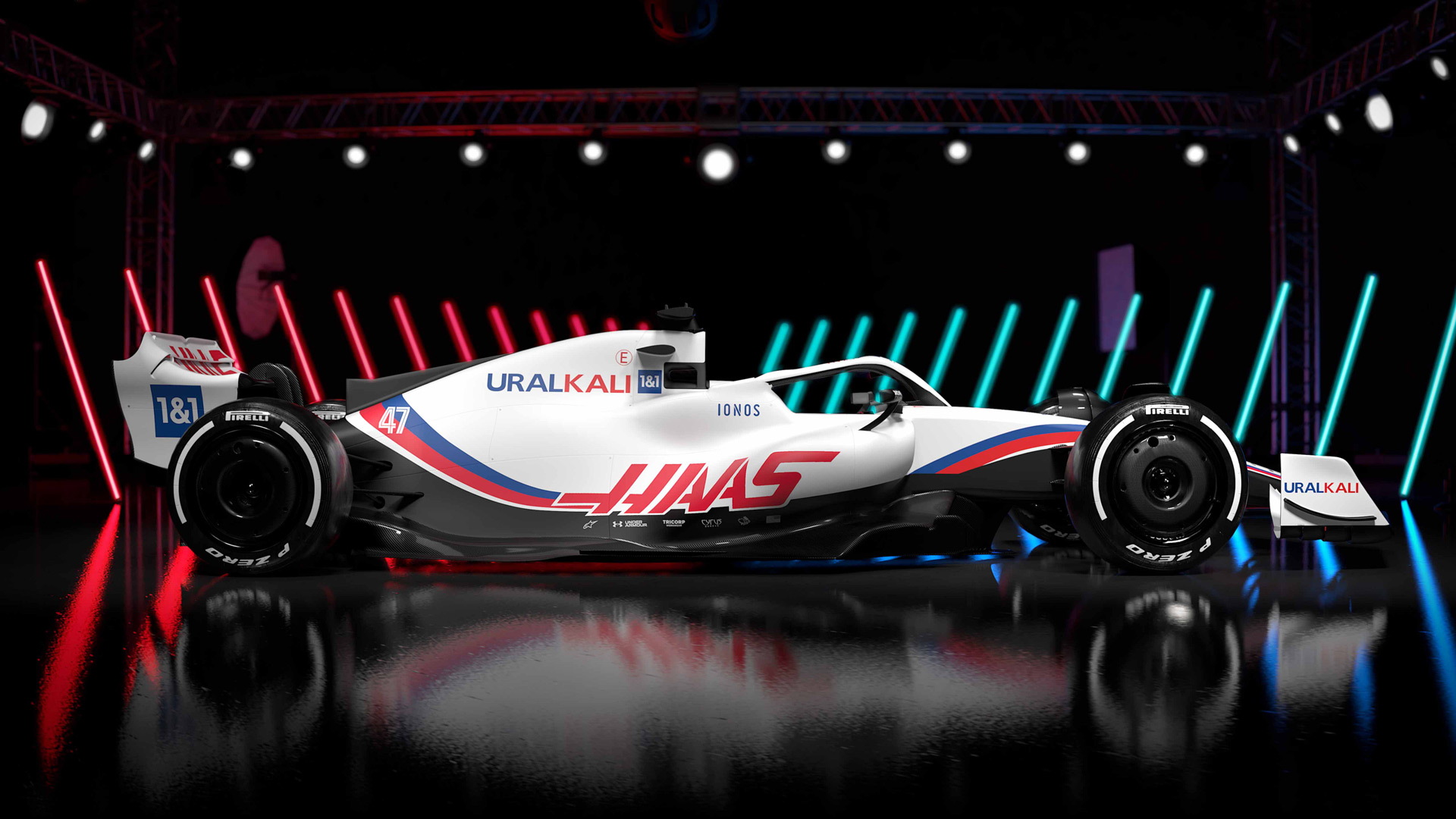 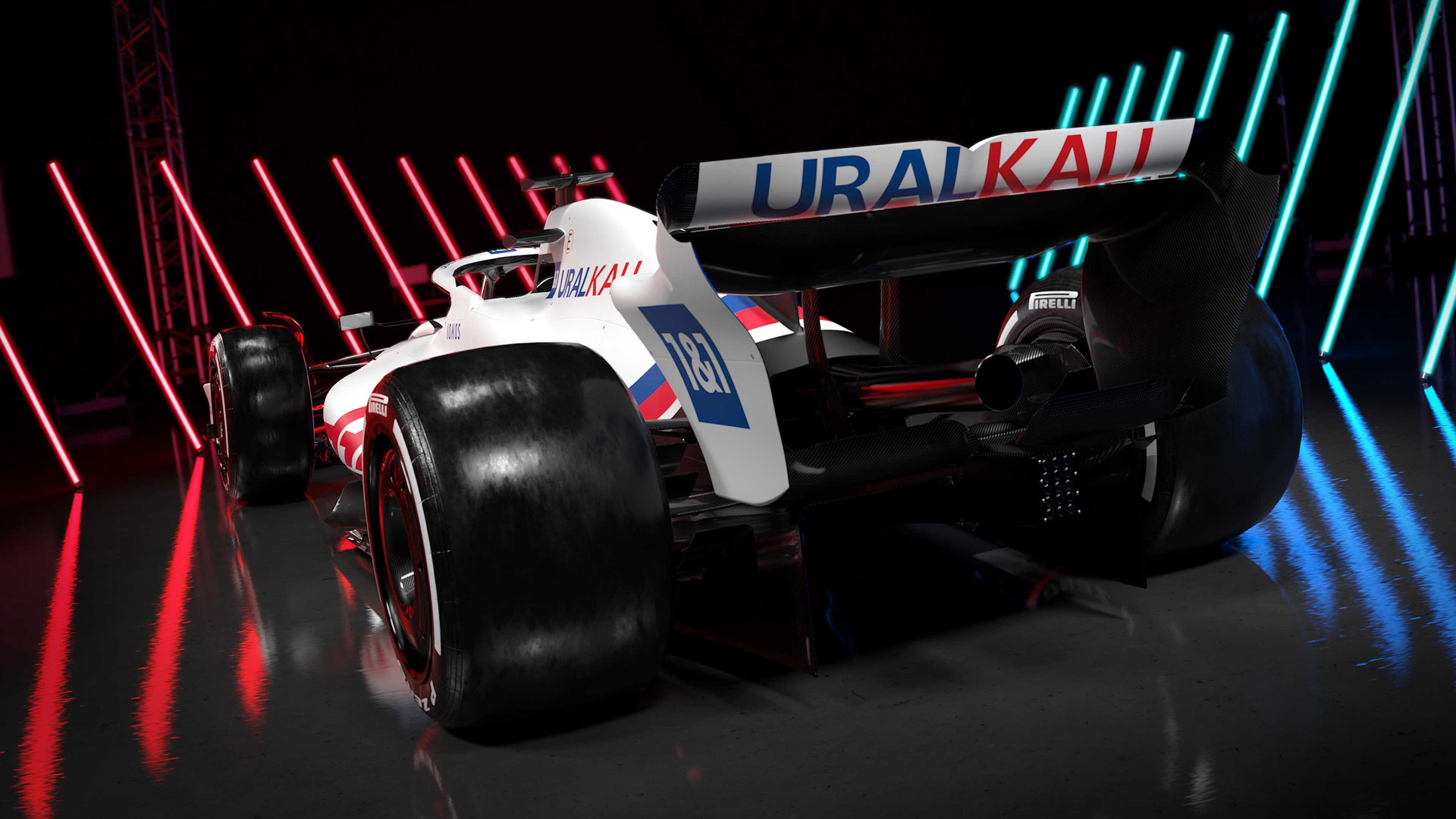 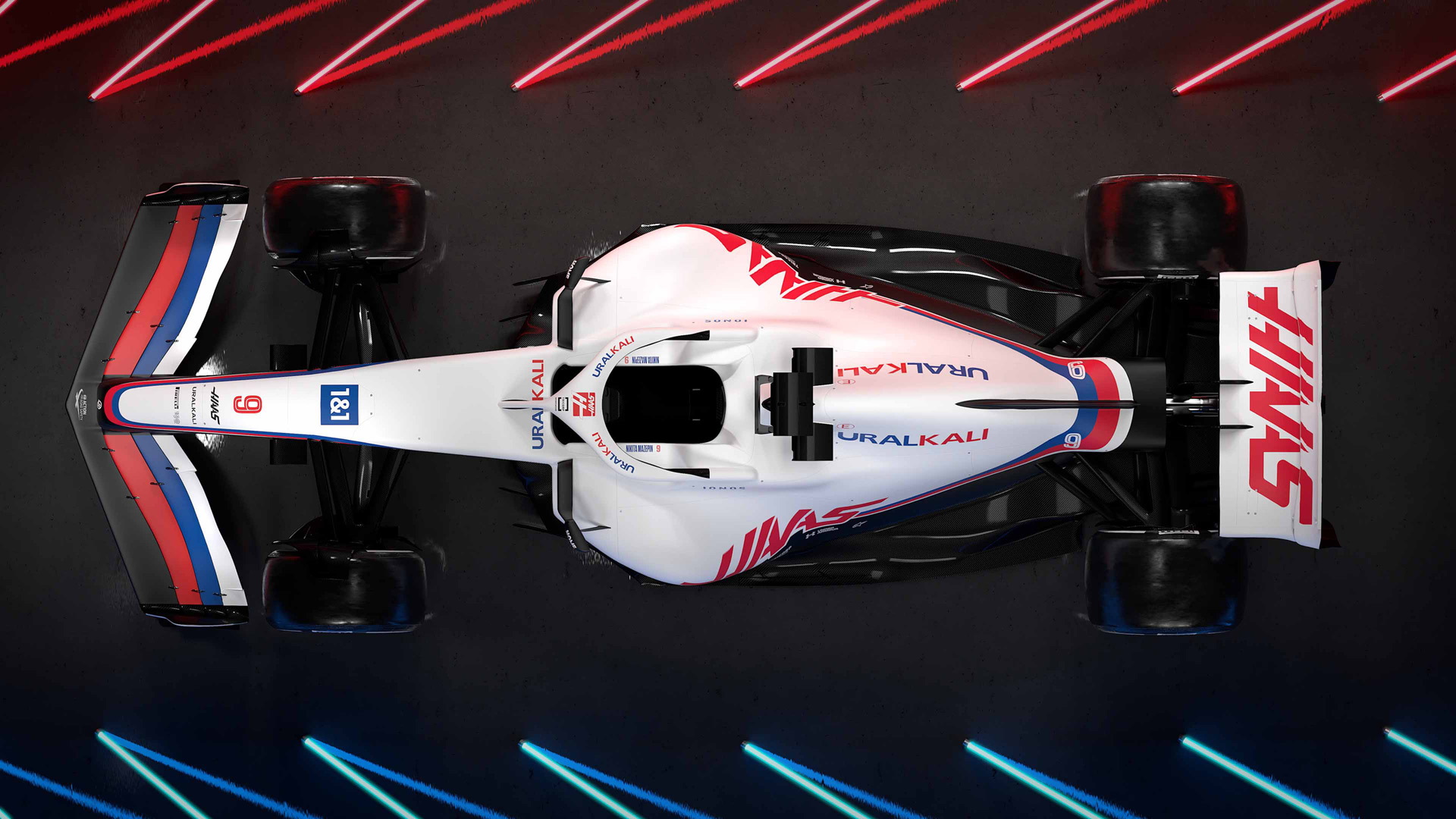 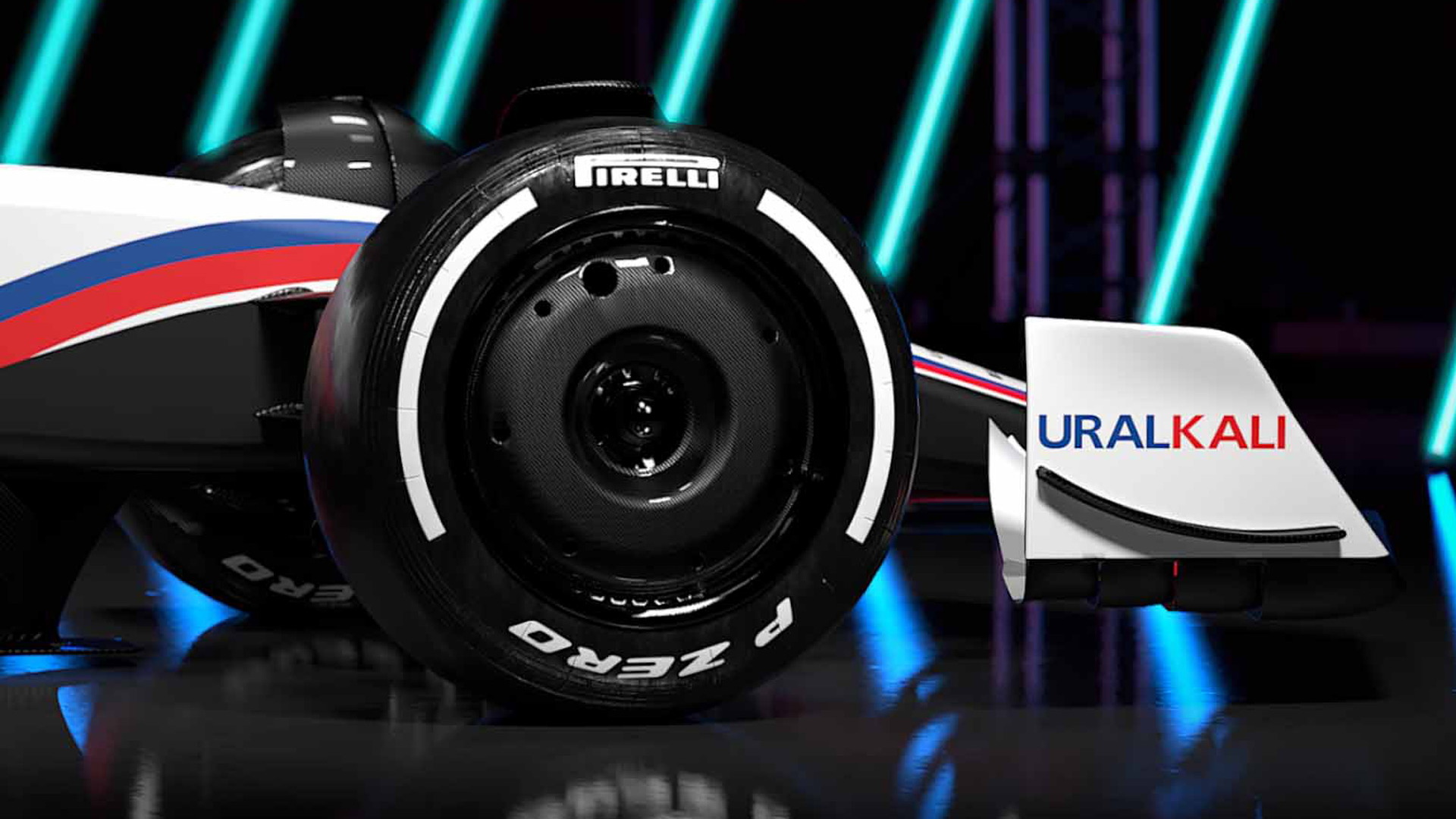 America's Haas on Friday revealed its new race car developed for the 2022 Formula One World Championship, the VF-22.

The reveal is significant, as it's our first look at a car designed to meet new regulations introduced for the 2022 season, namely the addition of a ground effect floor, simplified front wing, more robust rear wing, and 18-inch tires (up from 13 inches previously).

The new wheel and tire combo is meant to resemble something closer to what we use on the street, but it's also designed to reduce overheating and as a result allow drivers to extract more from the tires on each stint. Pirelli will once again serve as exclusive tire supplier.

Power units are the same as last season, and Haas is once again using one sourced from Ferrari. The power unit consists of a 1.6-liter turbocharged V-6 and two motor-generators, one on the driveline and another integrated with the turbocharger. For 2022, teams will use a fuel containing 10% biofuel.

Haas has confirmed Nikita Mazepin and Mick Schumacher as its drivers for the 2022 season. Serving as team principal is Guenther Steiner.

"We made the decision back in 2020 to really channel time and resources into the VF-22, foregoing anything track-related for 2021, which wasn’t easy to watch," Gene Haas, the Haas F1 team's chairman, said in a statement. "Hopefully that decision bears fruit and we return to challenging for points and taking something from the weekends.”

The substantially changed design regulations introduced for 2022 are aimed at creating closer racing (in combination with cost caps). They were originally due to be introduced in 2021, but in 2020 the organizers decided to push things back to 2022 due to the hardship teams were facing at the time from the pandemic. We won't know if the new design is successful in achieving the organizers' goals until the 2022 season gets underway with round one, the Bahrain Grand Prix, scheduled for March 20.

F1 fans may want to mark their calendars as top teams Red Bull Racing, McLaren, Ferrari and Mercedes-Benz AMG plan to reveal their own 2022 designs on February 9, 11, 17 and 18, respectively.