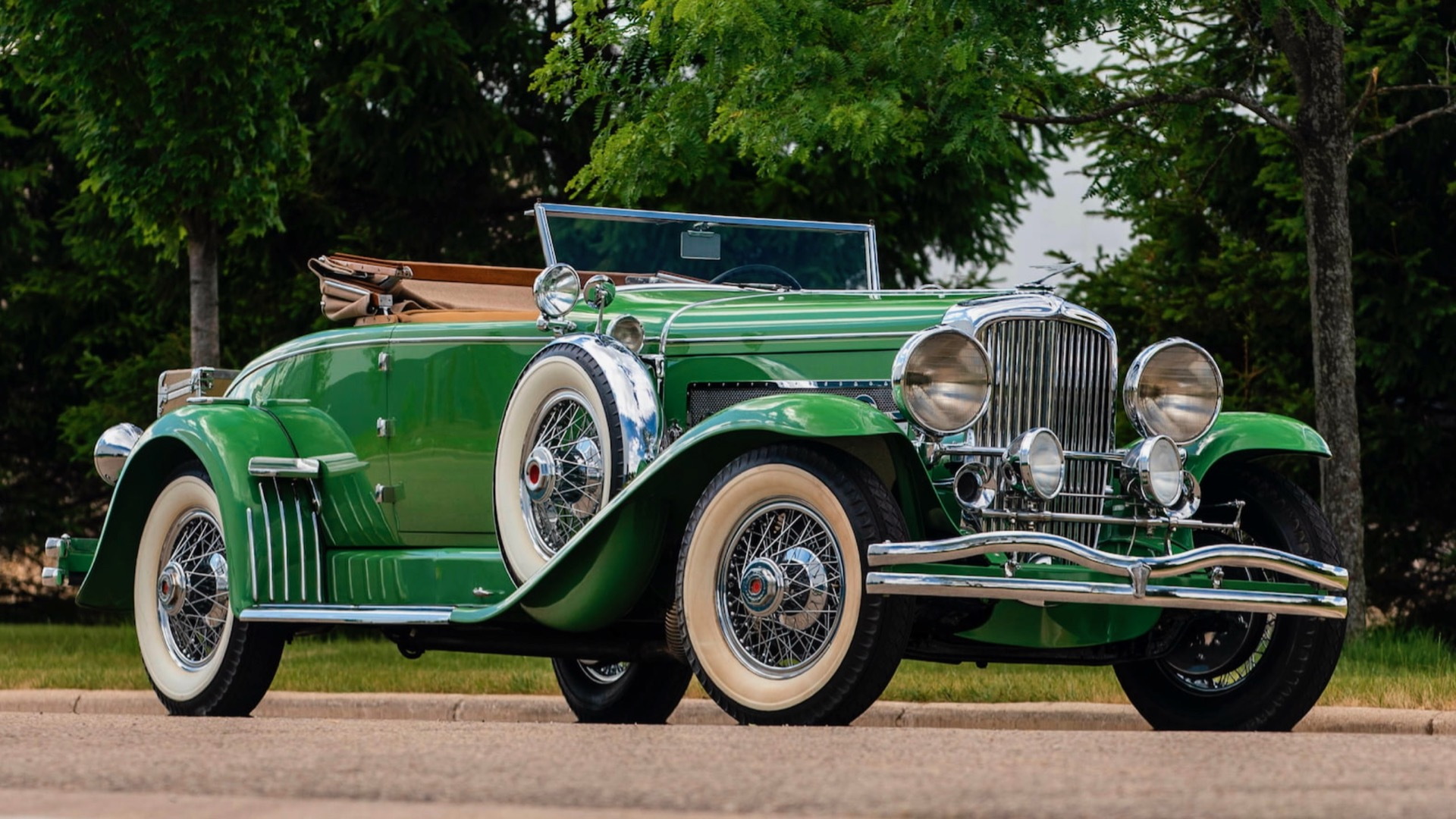 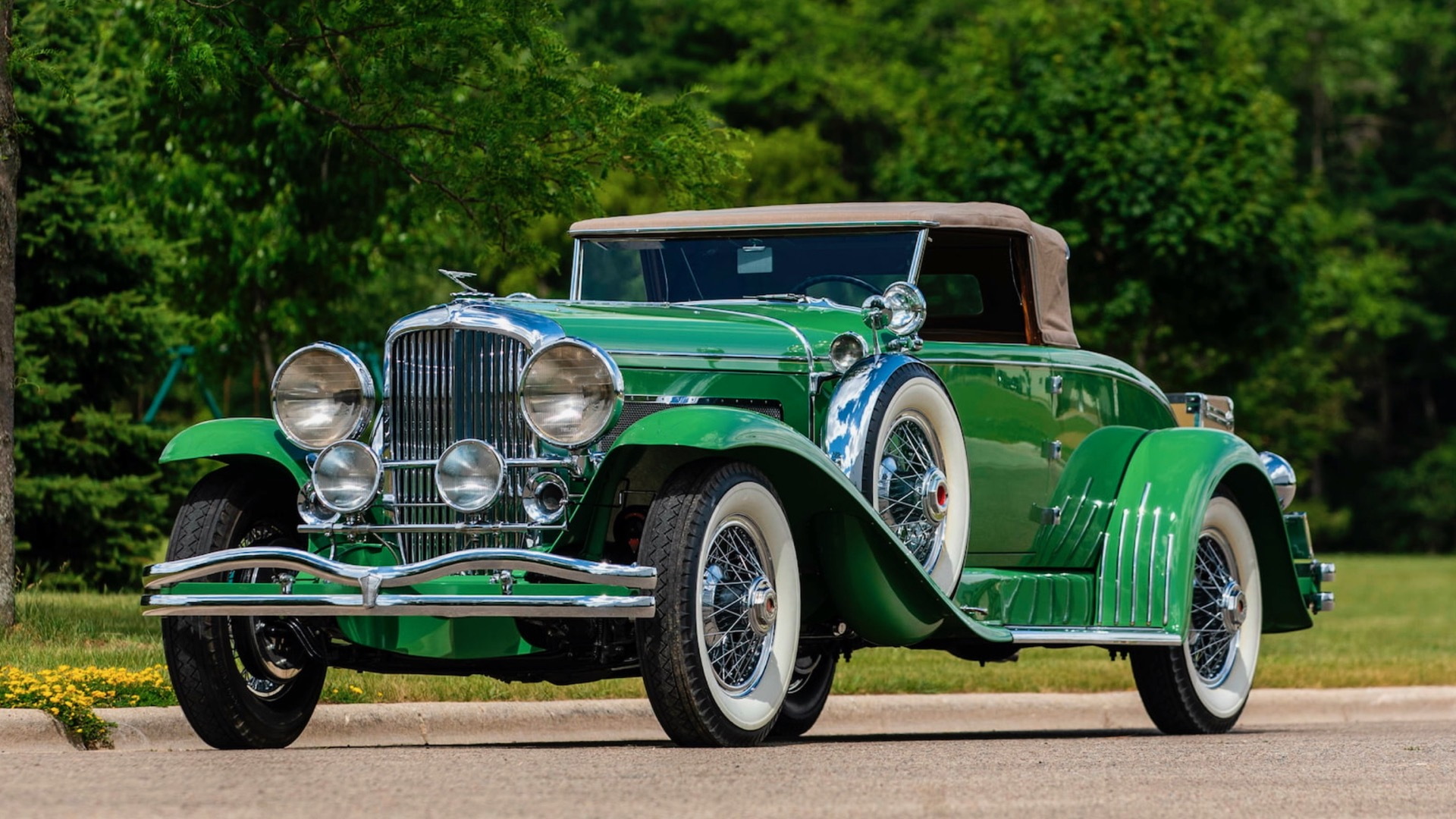 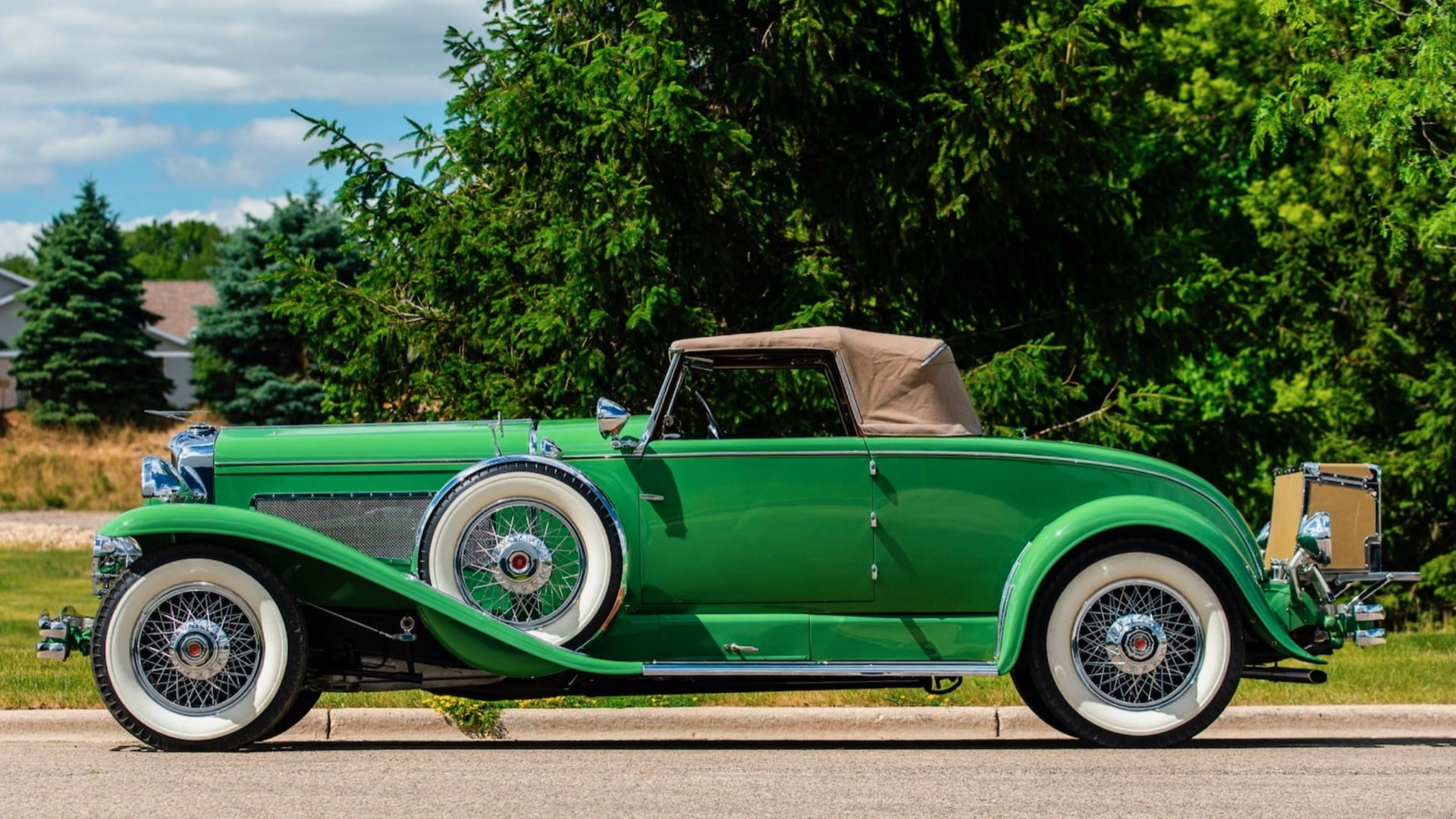 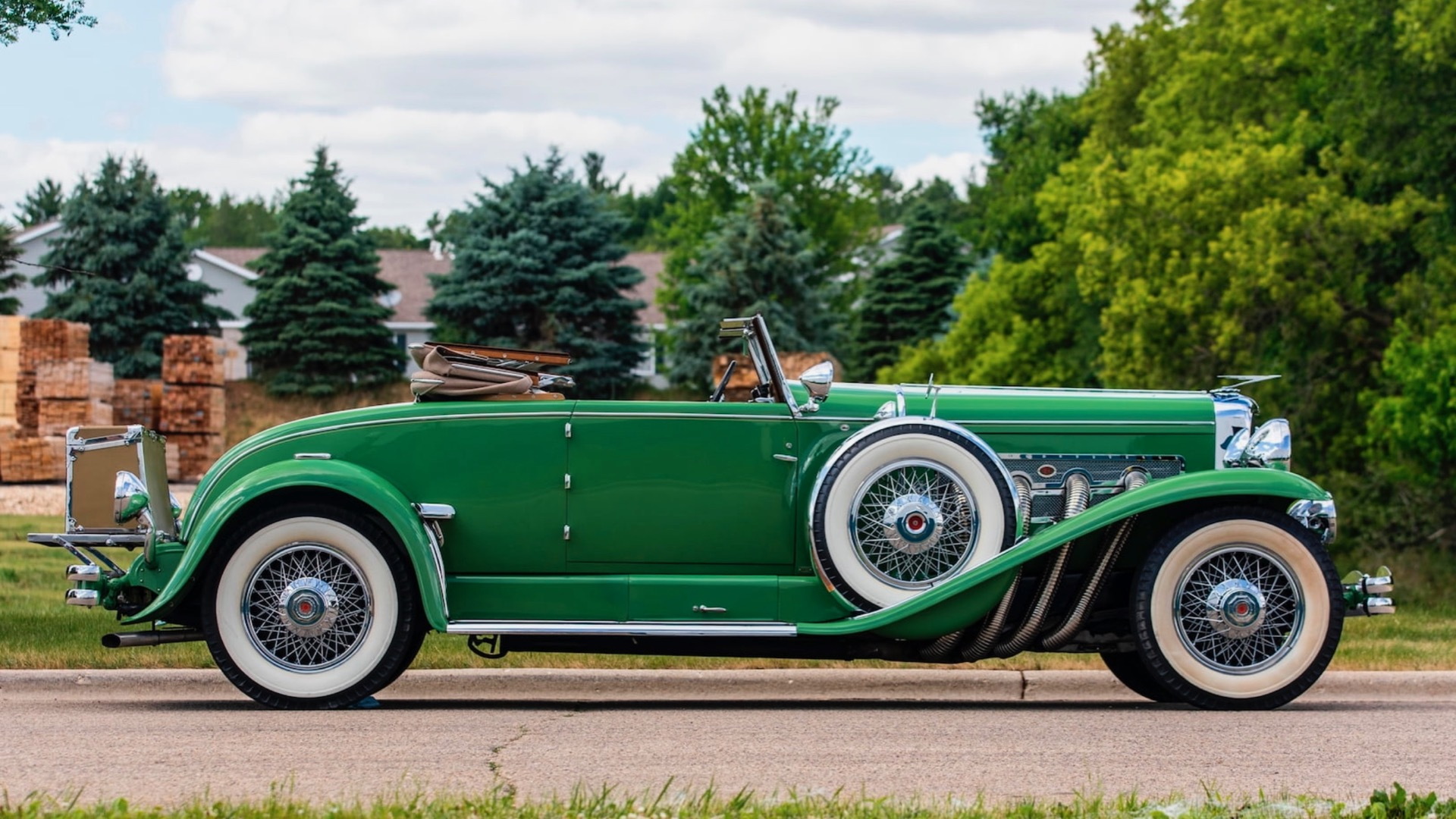 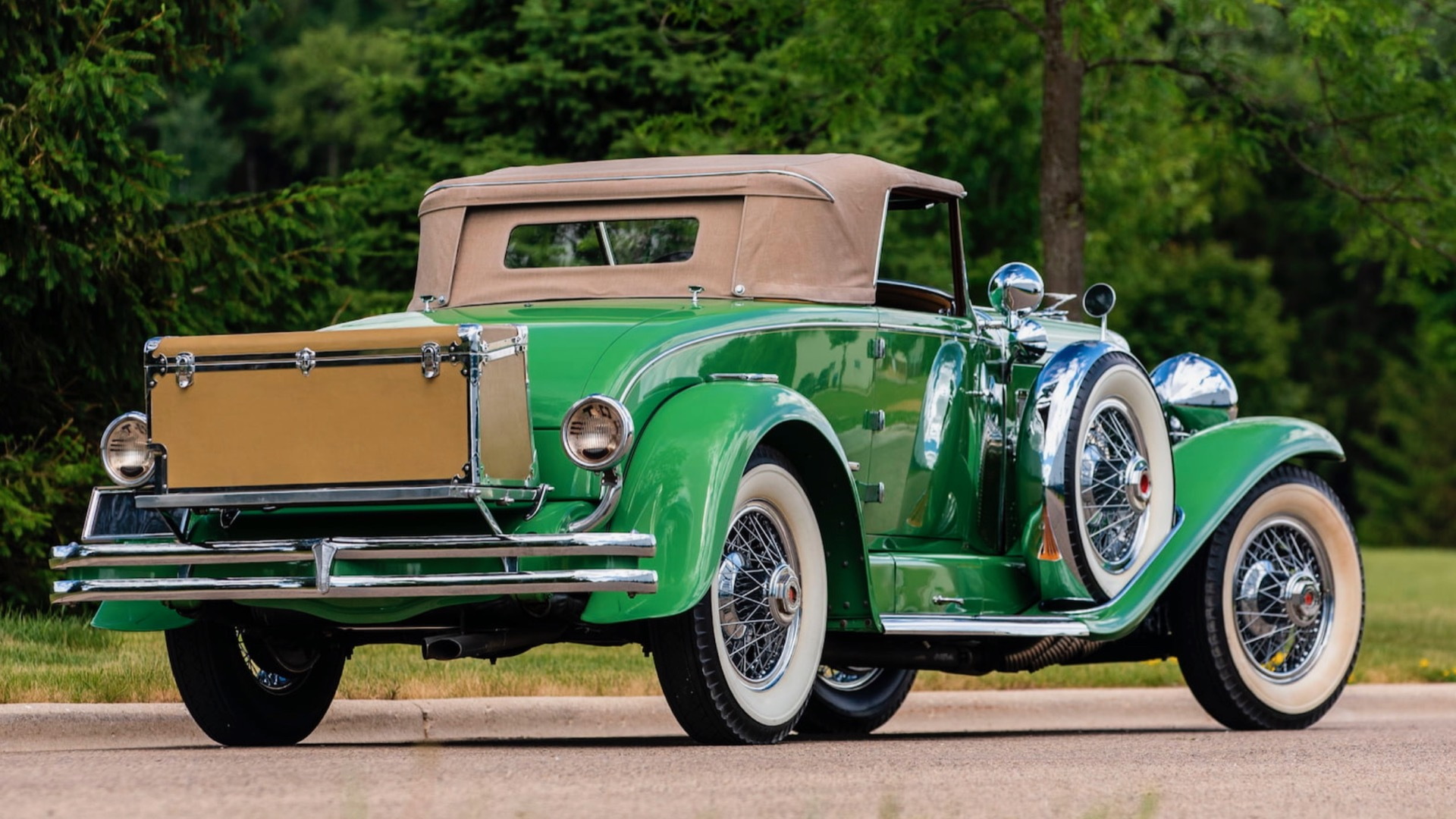 Before it was wiped out in the Great Depression, Duesenberg was one of the greatest American automakers.

This 1929 Duesenberg Model J Murphy Convertible Coupe auctioned off by Mecum at its Glendale, Arizona, sale earlier in March for $2.365 million shows how the company achieved its stellar reputation.

Much of that reputation was built on engines that were among the most powerful and sophisticated of the period. This car's Lycoming 420-cubic-inch inline-8 features then-novel dual-overhead cams and makes 265 horsepower, which was more than most other luxury cars offered. A 3-speed manual transmission sends that power to the rear wheels.

The engine is housed in an alloy steel chassis with six crossmembers for reinforcement. Suspension consists of parallel elliptical leaf springs with front I-beam and semi-floating rear axles. Braking is provided by hydraulic drums at all four corners, with vacuum assist. The car also has a Bijur automatic chassis lubrication system.

This was the era of coach-built cars, so Duesenberg only provided a bare chassis to customers, who sourced bodywork separately. The automaker offered two wheelbase lengths in 1929; this car is built on the shorter 142.5-inch wheelbase. Bodywork was provided by Walter J. Murphy Coachbuilders, which built bodies for 116 of the 487 Model J Duesenbergs, according to the auction listing. This car is one of the 60 with the Convertible Coupe body style, the listing said.

The interior is trimmed in tan leather (matching the cloth convertible top) with an engine-turned dashboard chock full of gauges.

This car—chassis 2165 with engine J142—has been fully restored and has won multiple awards. Its high price isn't a surprise. A 1930 Duesenberg Model SJ Rollston convertible sold for almost $3 million at a 2021 auction, while a 1935 Duesenberg SSJ sold for $22 million in 2018, setting a record for the most expensive American car ever sold at auction.

Another highlight of the recent Mecum auction was a 2005 Porsche Carrera GT with just 182 miles on the clock, which sold for $2.2 million. A 2004 Carrera GT that originally belonged to Jerry Seinfeld was also sold this month via auction, fetching a final price of $1.865 million in the process.