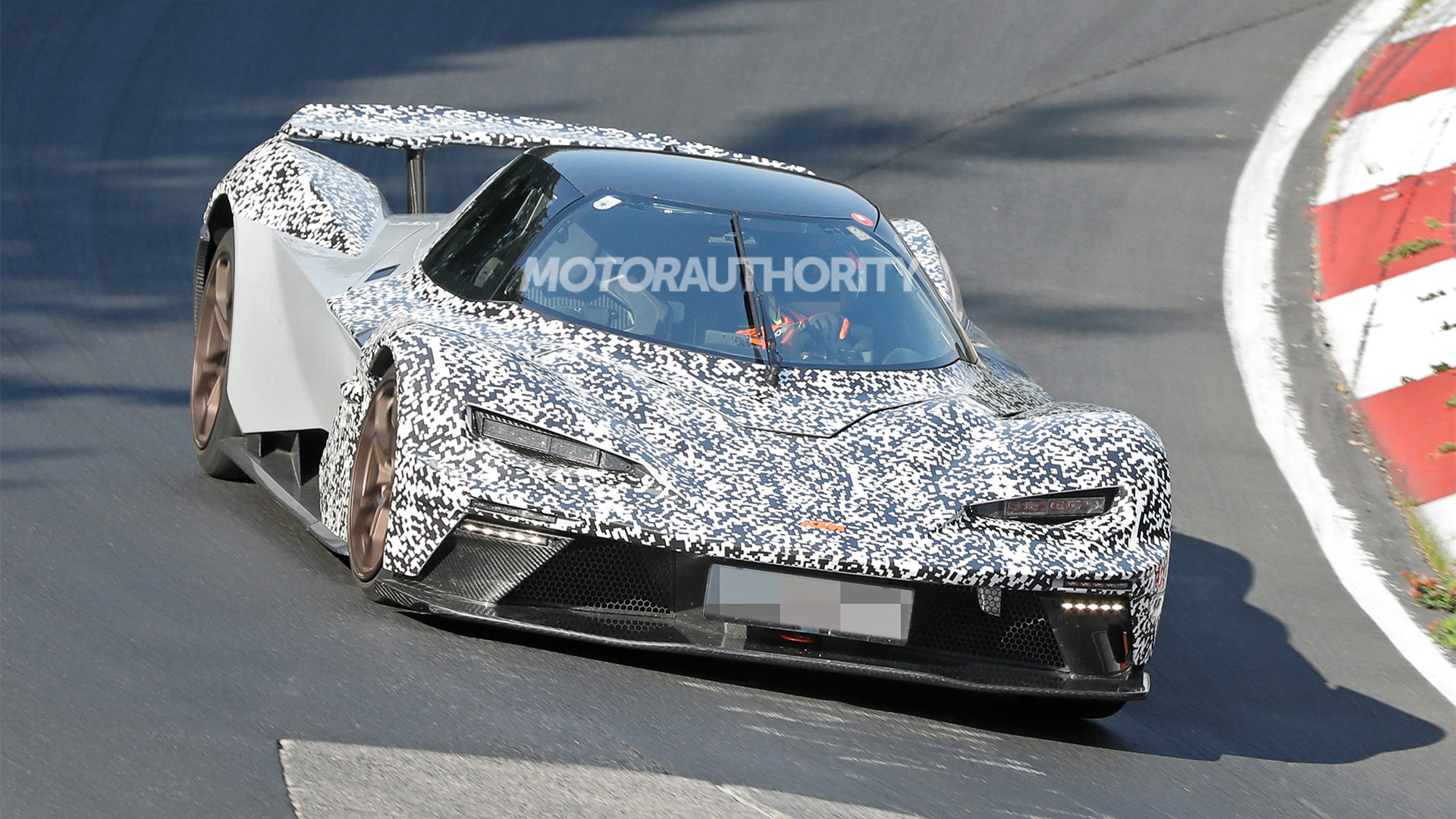 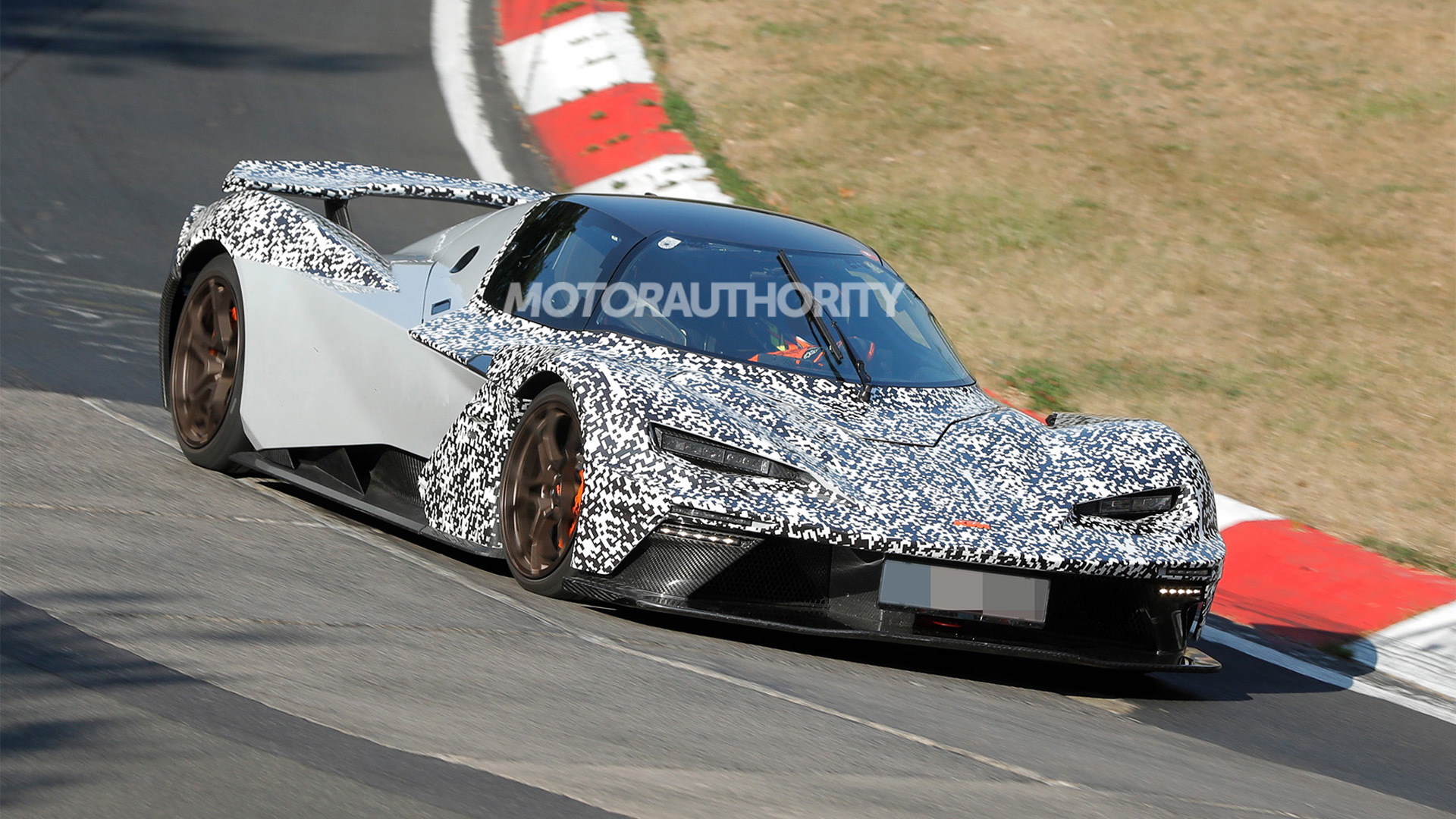 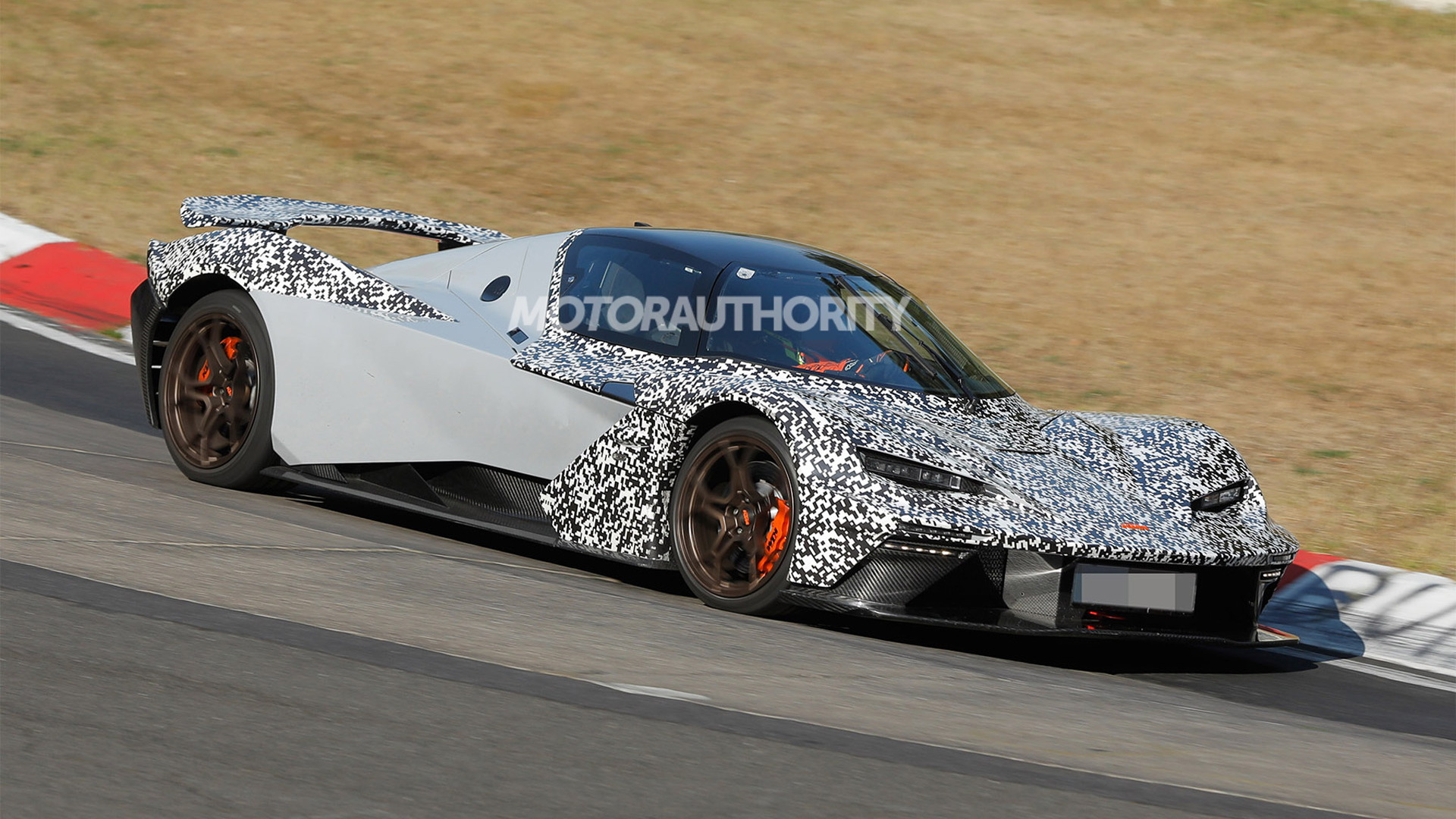 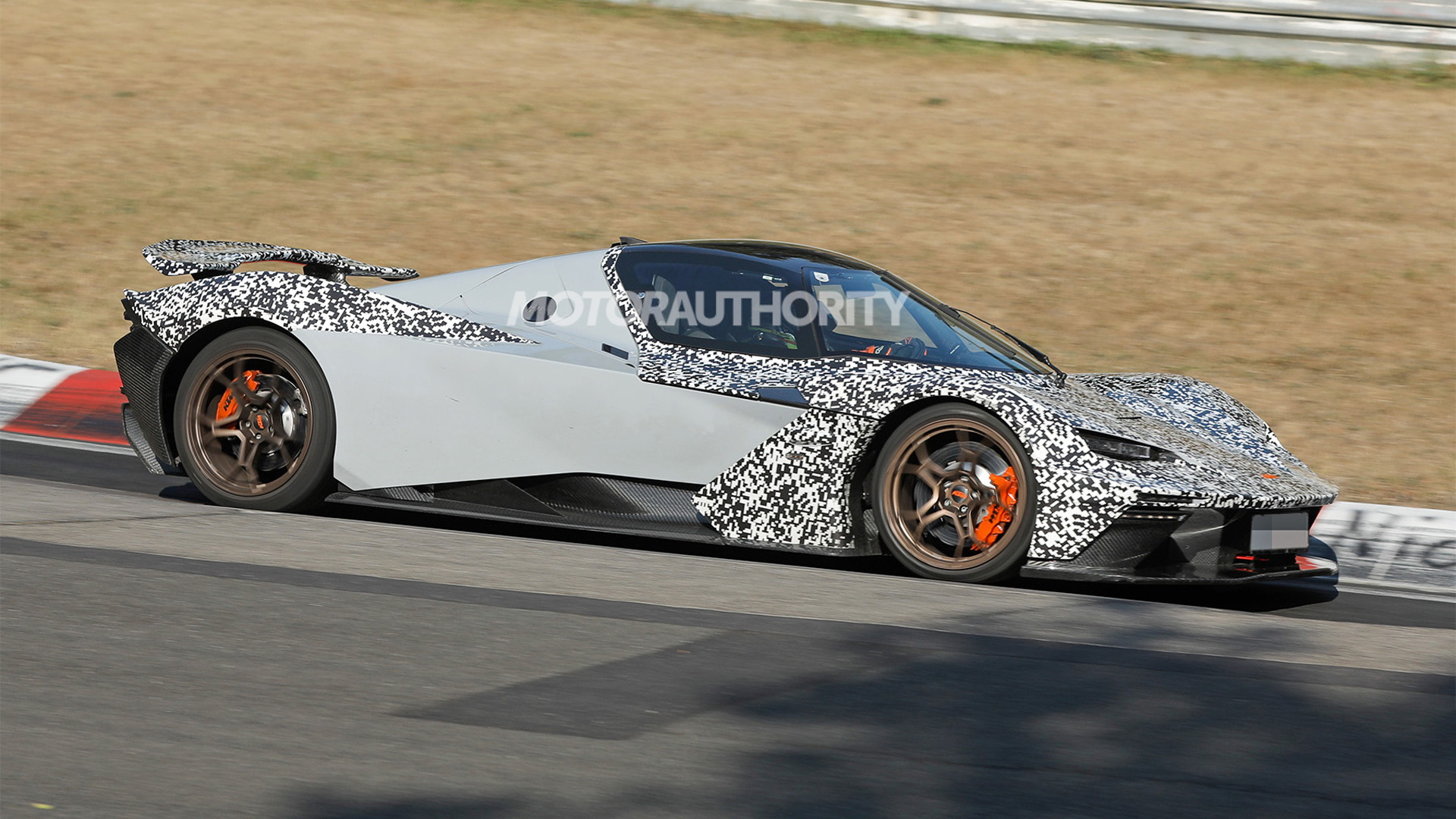 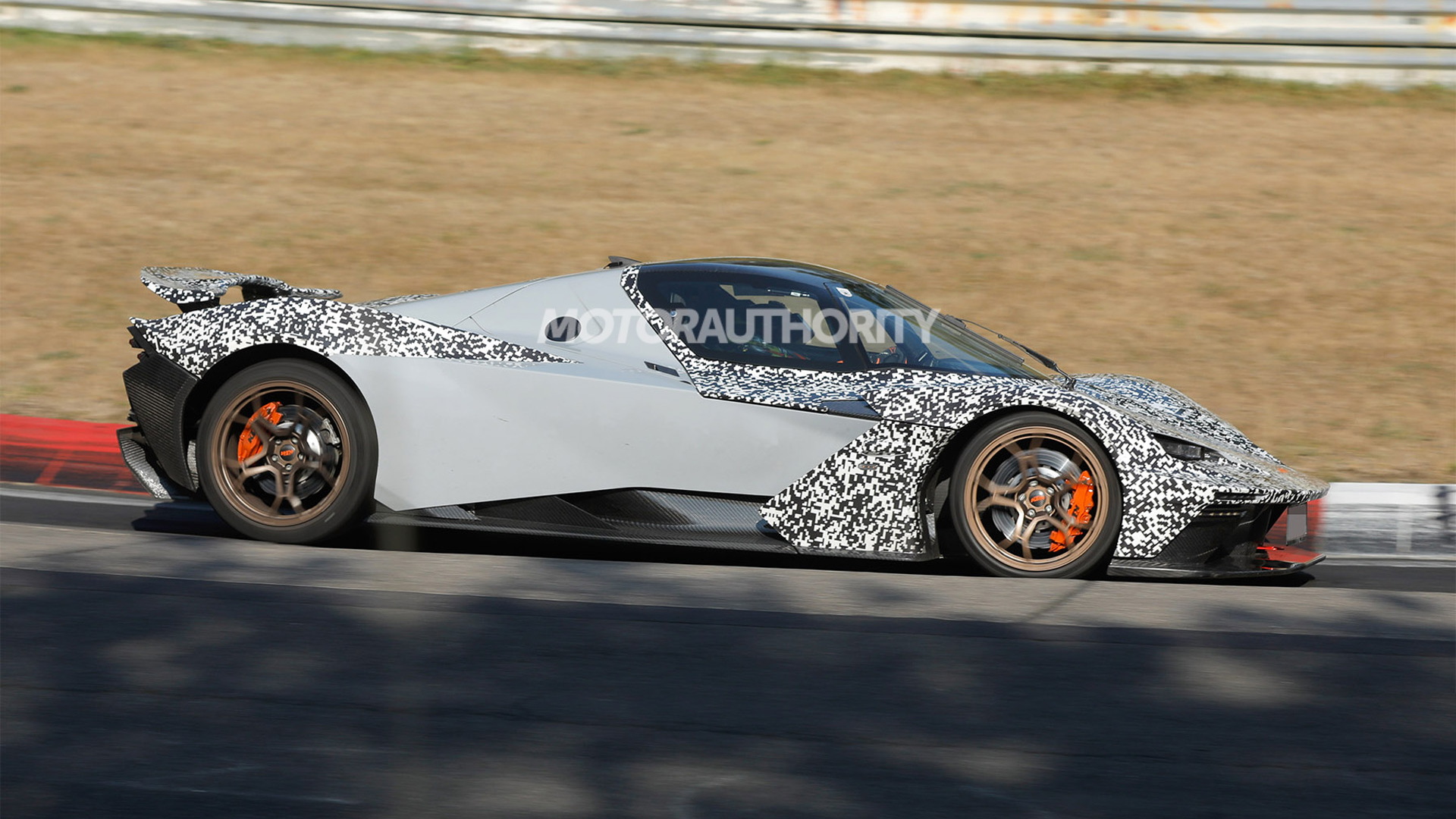 Austrian motorcycle manufacturer KTM expanded into the world of cars when it launched the original X-Bow in 2008.

The X-Bow has undergone multiple updates since then, the most significant being 2020's launch of the X-Bow GT2 race car, which sports an enclosed body and 600-hp powertrain.

Now KTM is in the midst of developing a supercar derived from the X-Bow GT2, and a prototype has been spotted testing hard at Germany's Nürburgring.

It will go by the name X-Bow GT-XR, and according to KTM the car will basically be the GT2 racer fitted with the necessary requirements for street-legal status.

This means a 2.5-liter turbo-5 sourced from Audi will be mounted behind the cabin and power the rear wheels via a sequential transmission. The engine is tuned to deliver 600 hp and 531 lb-ft of torque in the race car, though it isn't clear if the road car will match this performance level. The engine makes 401 hp in the Audi RS 3.

It's possible the road car will be closer in performance to the X-Bow GTX race car, a slightly tamer version of the X-Bow GT2 that packs 530 hp.

The suspension in the X-Bow GT2 is comprised of push-rods with Sachs dampers. Stopping power comes from a brake system with 6-piston calipers up front and four pistons at the rear, with the rotors measuring more than 14 inches in diameter at all four corners. It looks like a similar setup will also feature in the road car.

Carbon fiber will be used for the body and the central monocoque structure, just like the race car. However, the road car will reportedly be heavier than the 2,310-lb dry weight of the race car due to all the extras required to make it street legal.

Timing for the X-Bow GT-XR hasn't been mentioned, but a launch in 2023 in markets where KTM operates is likely.