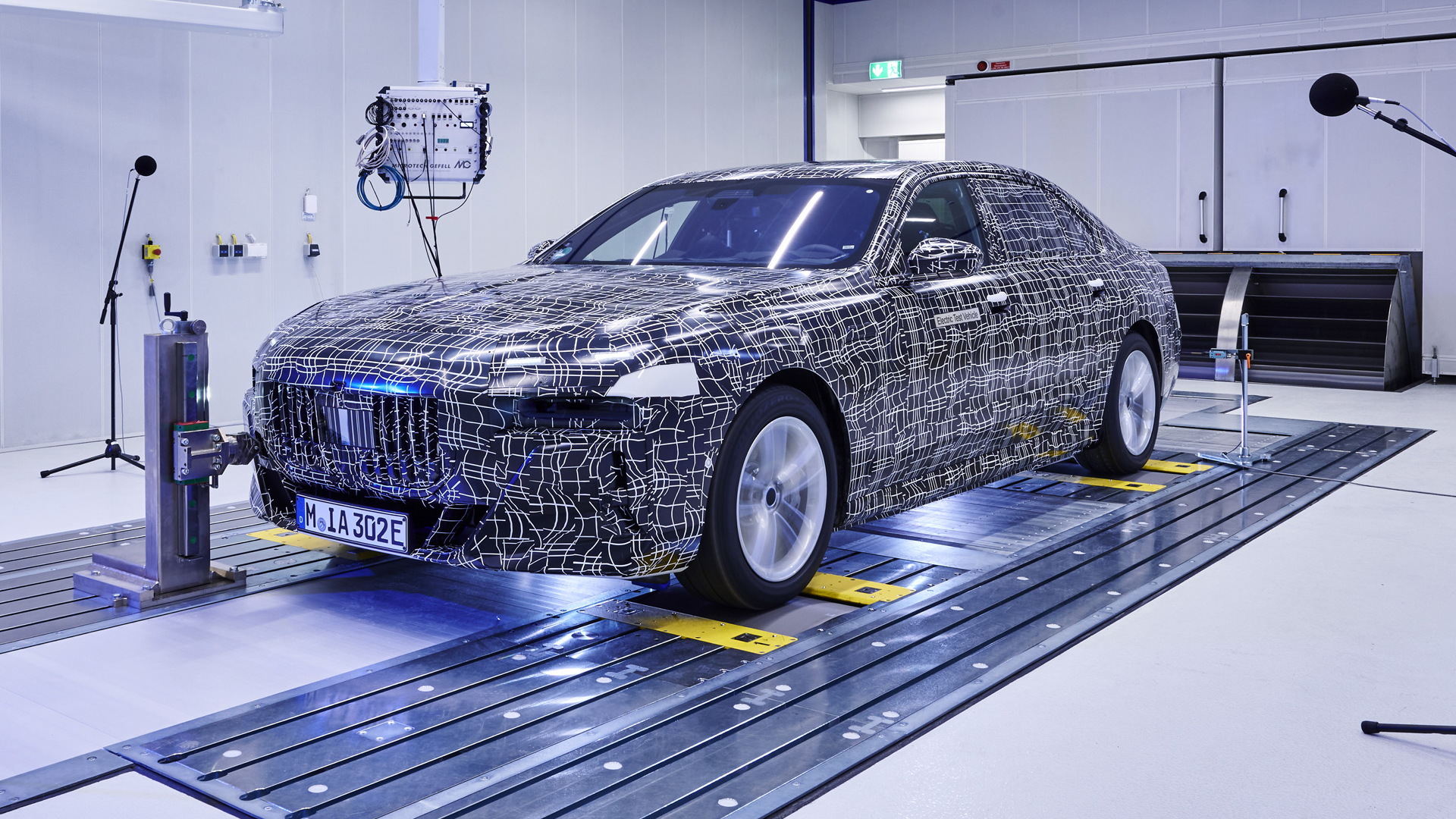 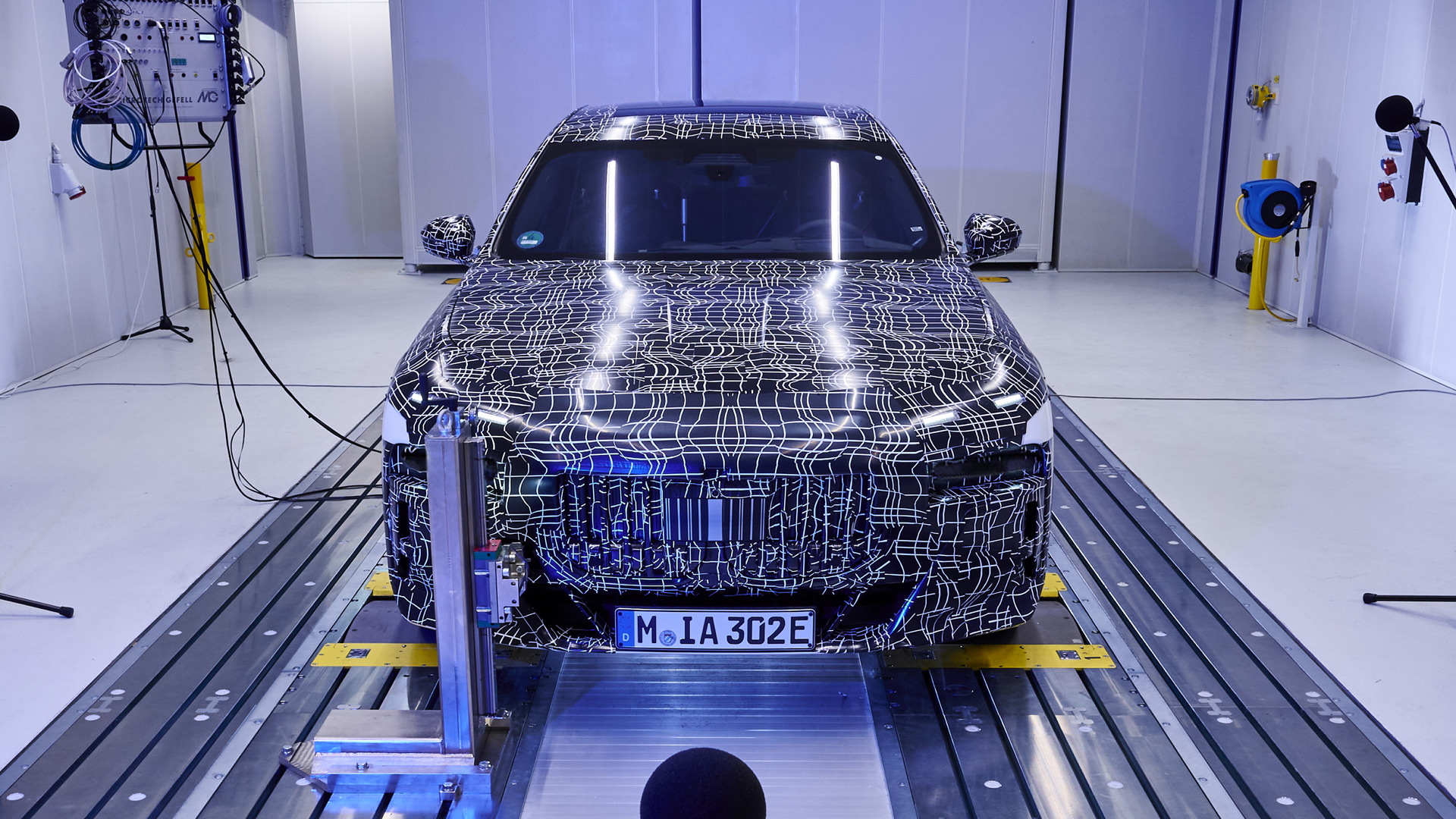 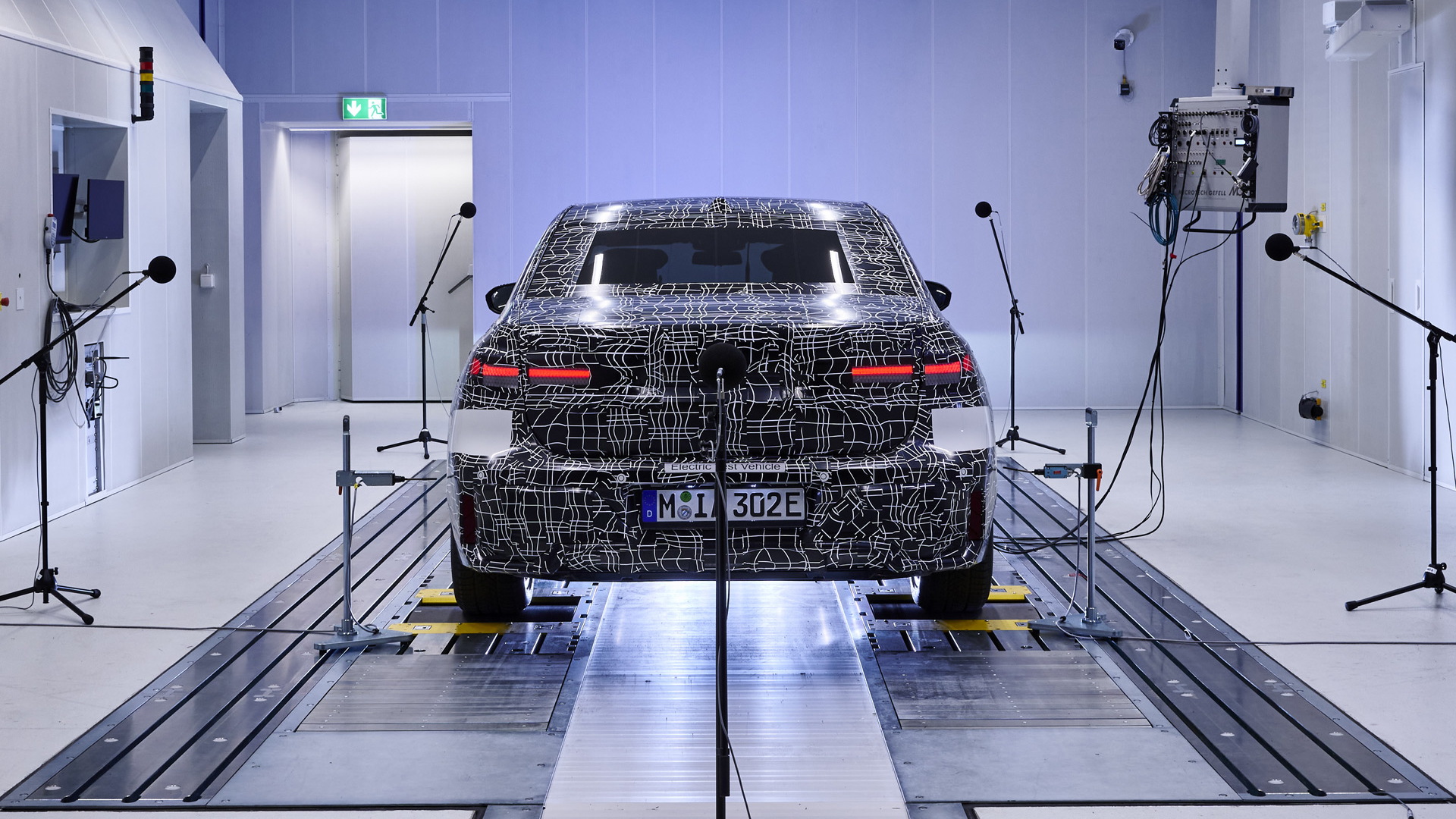 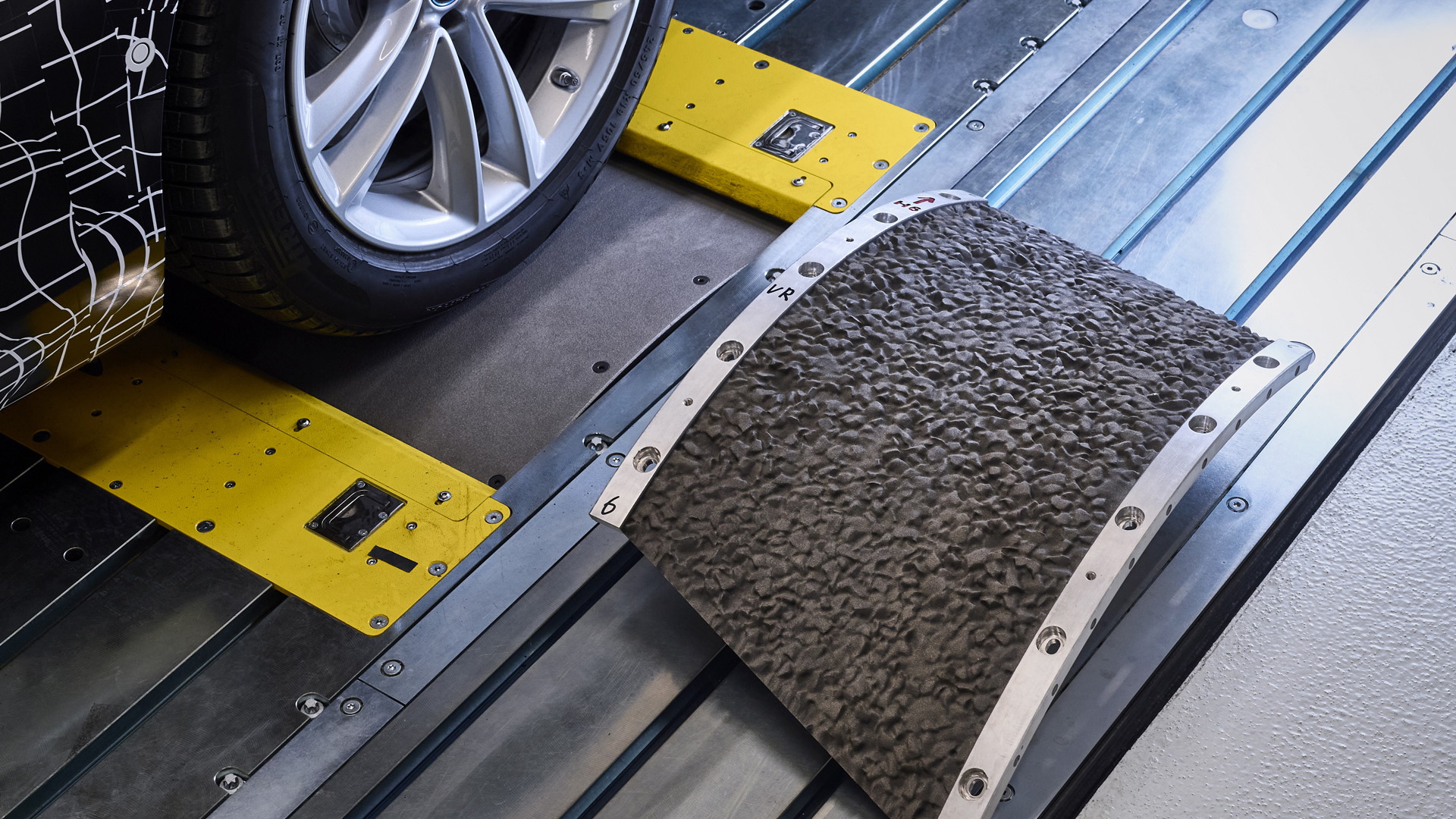 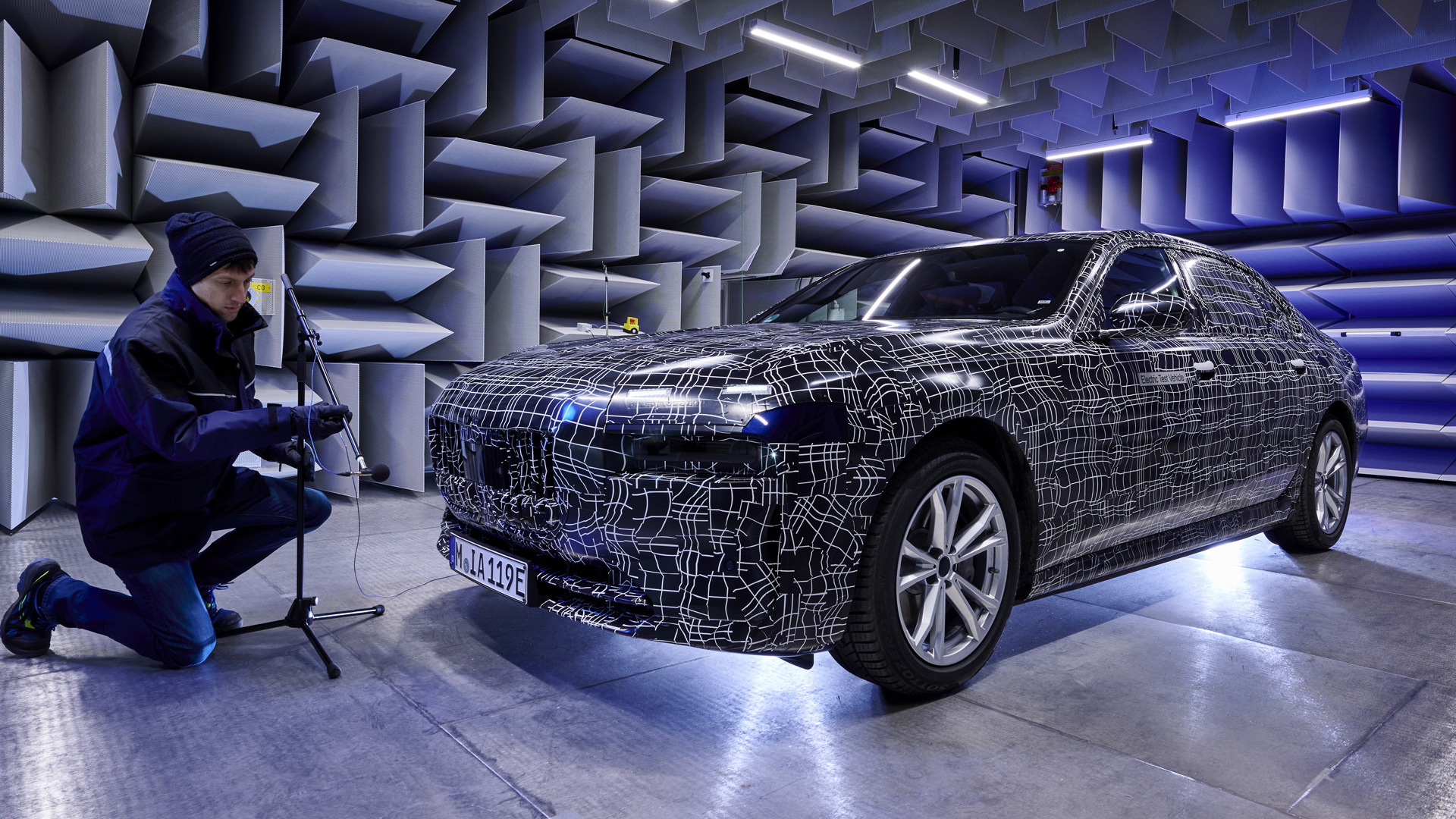 BMW is set to launch a redesigned 7-Series later this year and included in the range will be an electric variant dubbed the i7.

We've already spotted prototypes for the i7, and BMW on Tuesday provided an update on the progress of its development.

Shown here are prototypes undergoing some final tests aimed at optimizing noise, vibration and harshness levels. They follow a final round of driving tests conducted in various countries late last year, aimed at fine tuning the drive and suspension systems. In that instance, the engineers were focused on improving the balance between performance handling and comfort, according to BMW.

There were also weather tests to gauge the performance of the battery in extreme heat and cold, conditions that normally take a toll on battery range and performance. To really push the prototypes to the limit, the engineers tackled steep mountain roads with loaded trailers. Another challenging test, particularly for energy management and power electronics, involved driving downhill with the battery fully charged at the start and thus unable to absorb any regenerated energy.

In our own spy shots, the i7 can be seen testing together with EVs already on sale like the Mercedes-Benz EQS, Xpeng P7 and Tesla Model Y.

Underpinning the redesigned 7-Series, including this i7, is an updated version of the current 7-Series' CLAR platform which is flexible enough to support multiple powertrain types. For the i7, BMW is using its fifth-generation battery and electric powertrain technology that is found in the 2022 i4 and 2022 iX.

The technology supports batteries with up to 120 kilowatt-hours of capacity, or enough for a range approaching 400 miles (BMW's battery partners include CATL, Samsung SDI and Northvolt). It also features modular drive units that combine the electric motor, transmission and power control unit into a single housing. In the iX xDrive50, two of these units (one at each axle to form an all-wheel-drive system) combine to deliver 516 hp. A more potent setup with over 600 hp is destined for an iX M60 and could potentially feature in an i7 M60.

The battery in the iX xDrive50 has a gross capacity of 111 kilowatt-hours, or enough for 300 miles of range. When it comes to charging, high-speed charging at rates up to 200 kilowatts enables the battery to charge from 10-80% capacity in less than 40 minutes. And for people in a real hurry, just 10 minutes of charging is all that's needed to add about 90 miles of range. Expect similar numbers for any i7 xDrive50.

The redesigned 7-Series is expected in showrooms by the end of the year as a 2023 model. The i7 should also be available at the market launch.