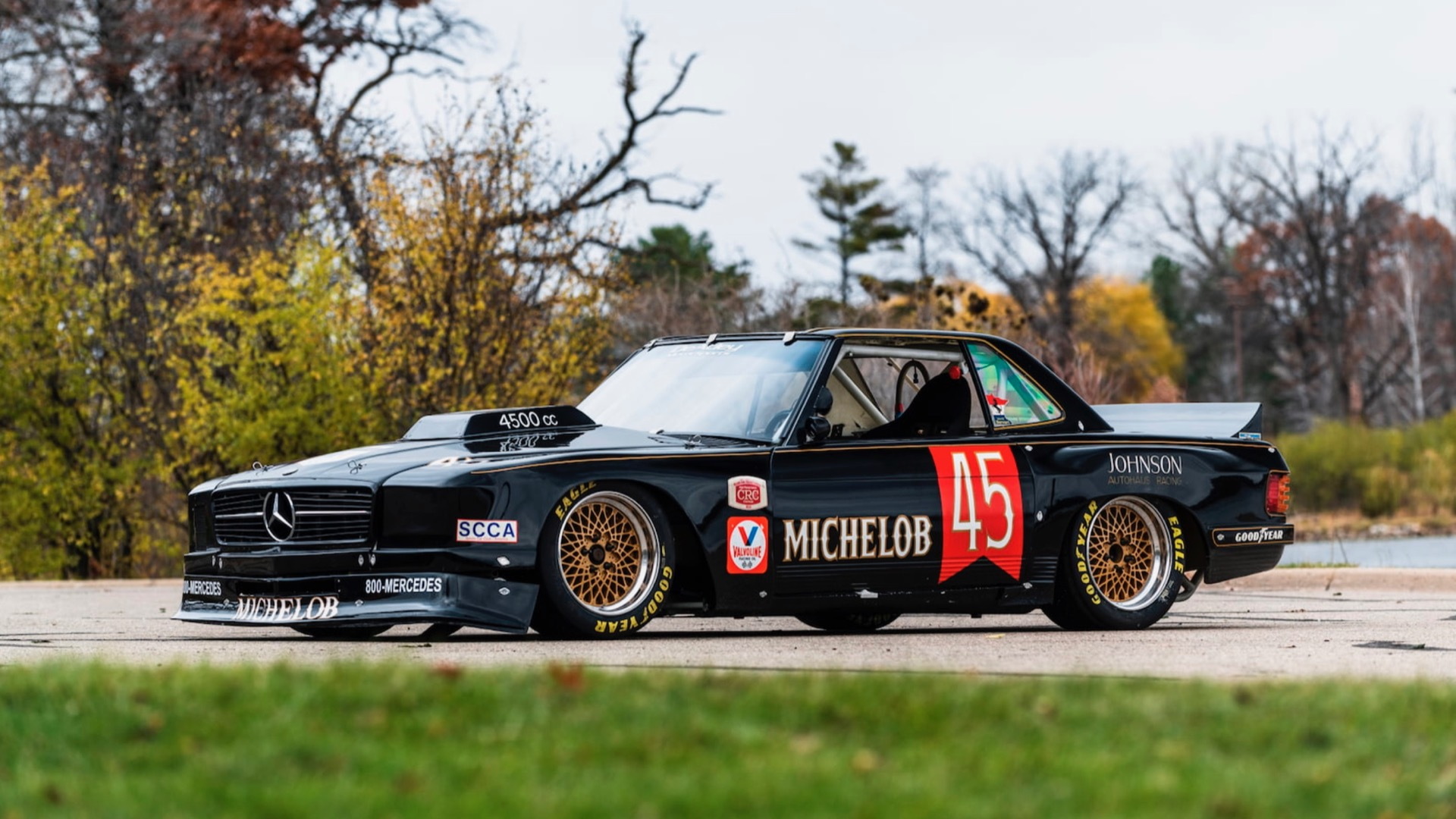 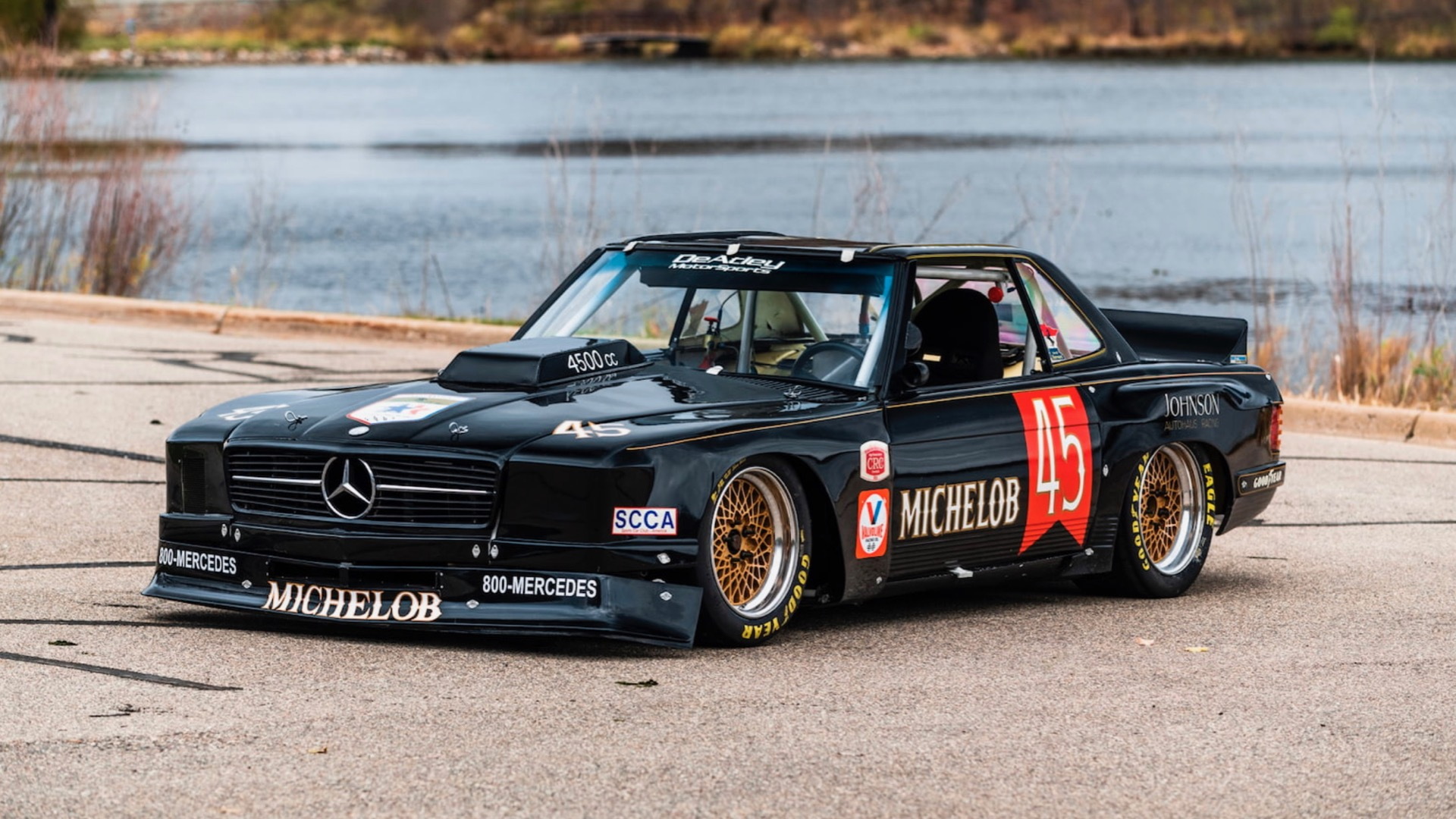 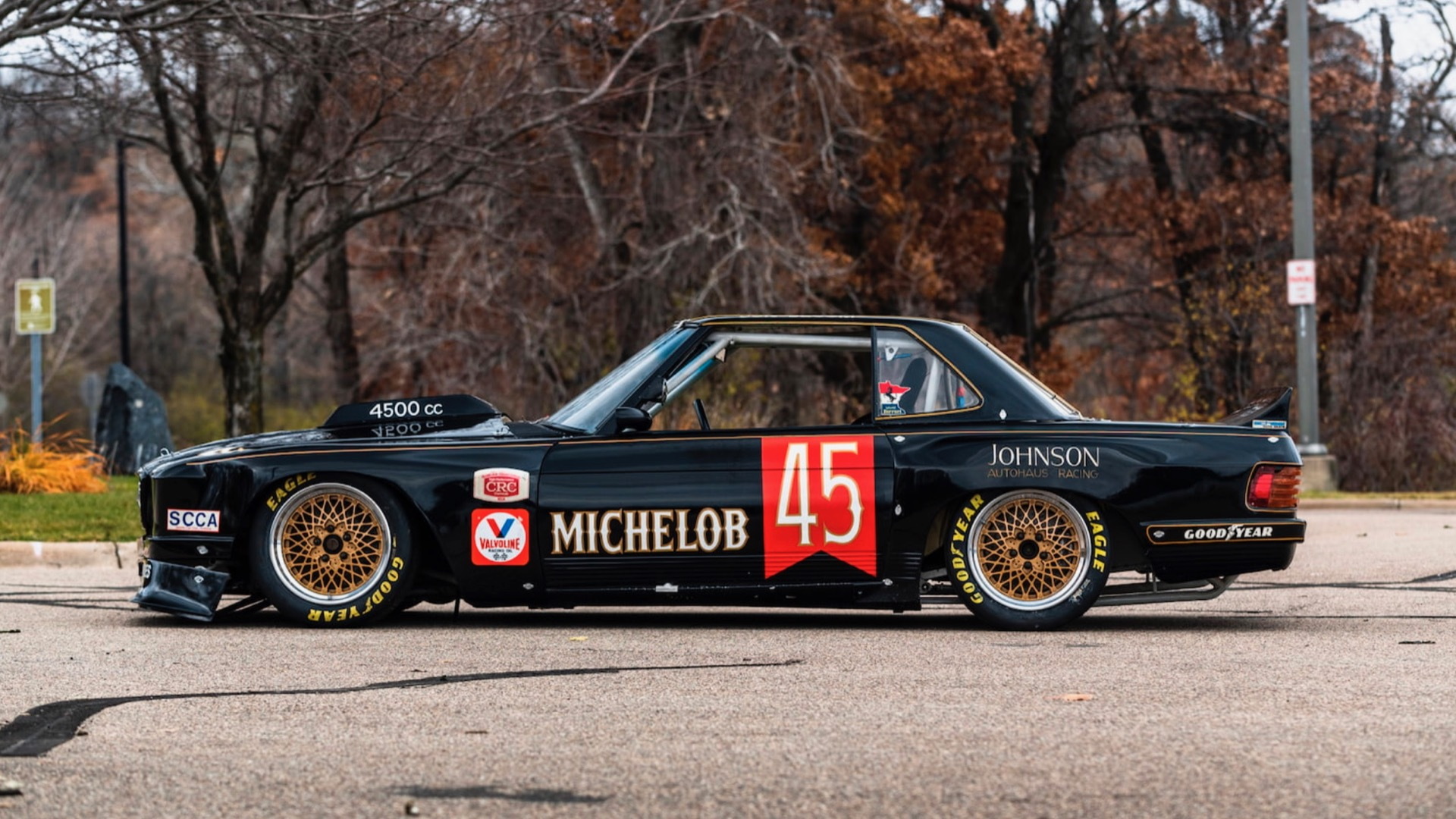 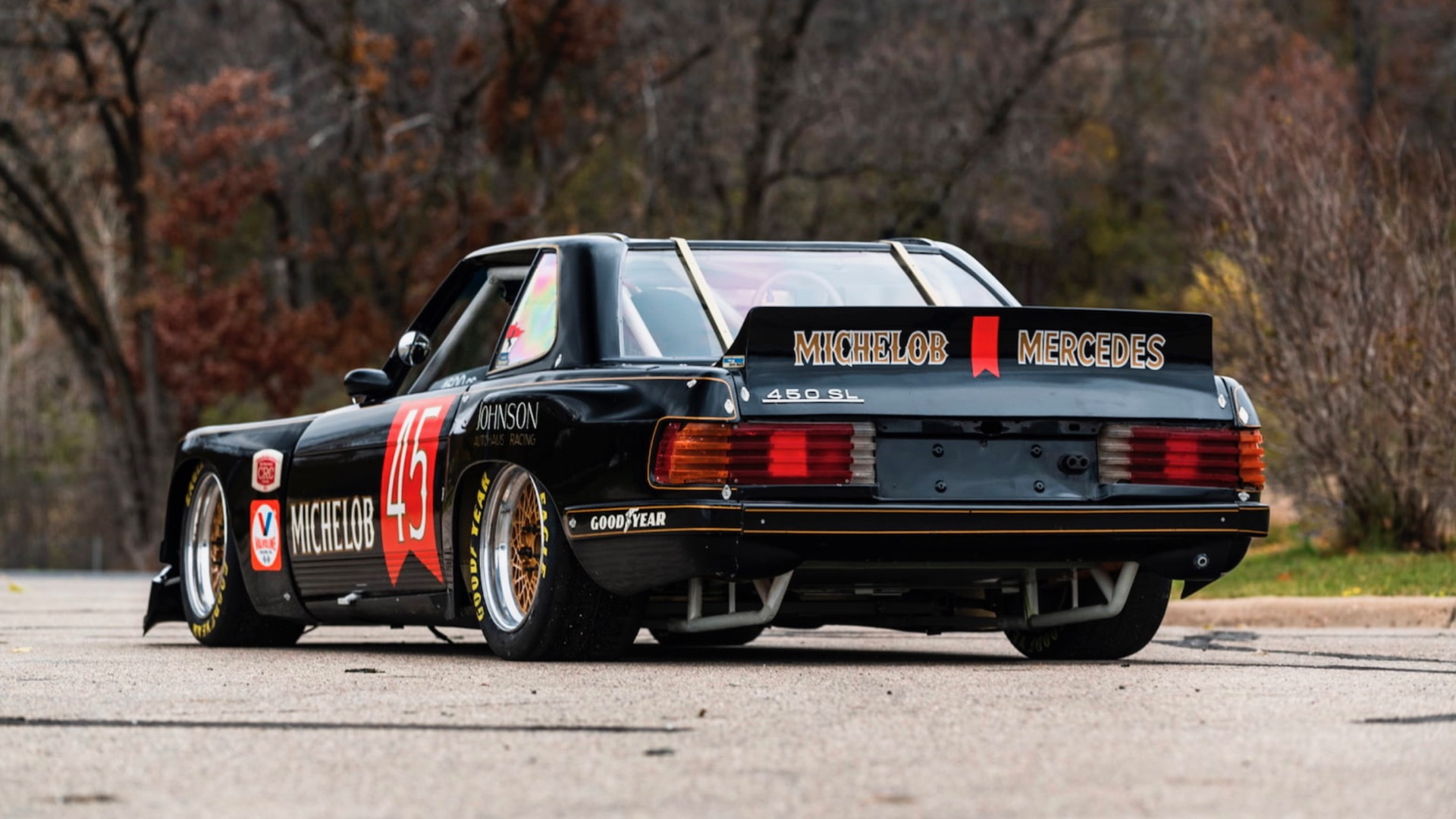 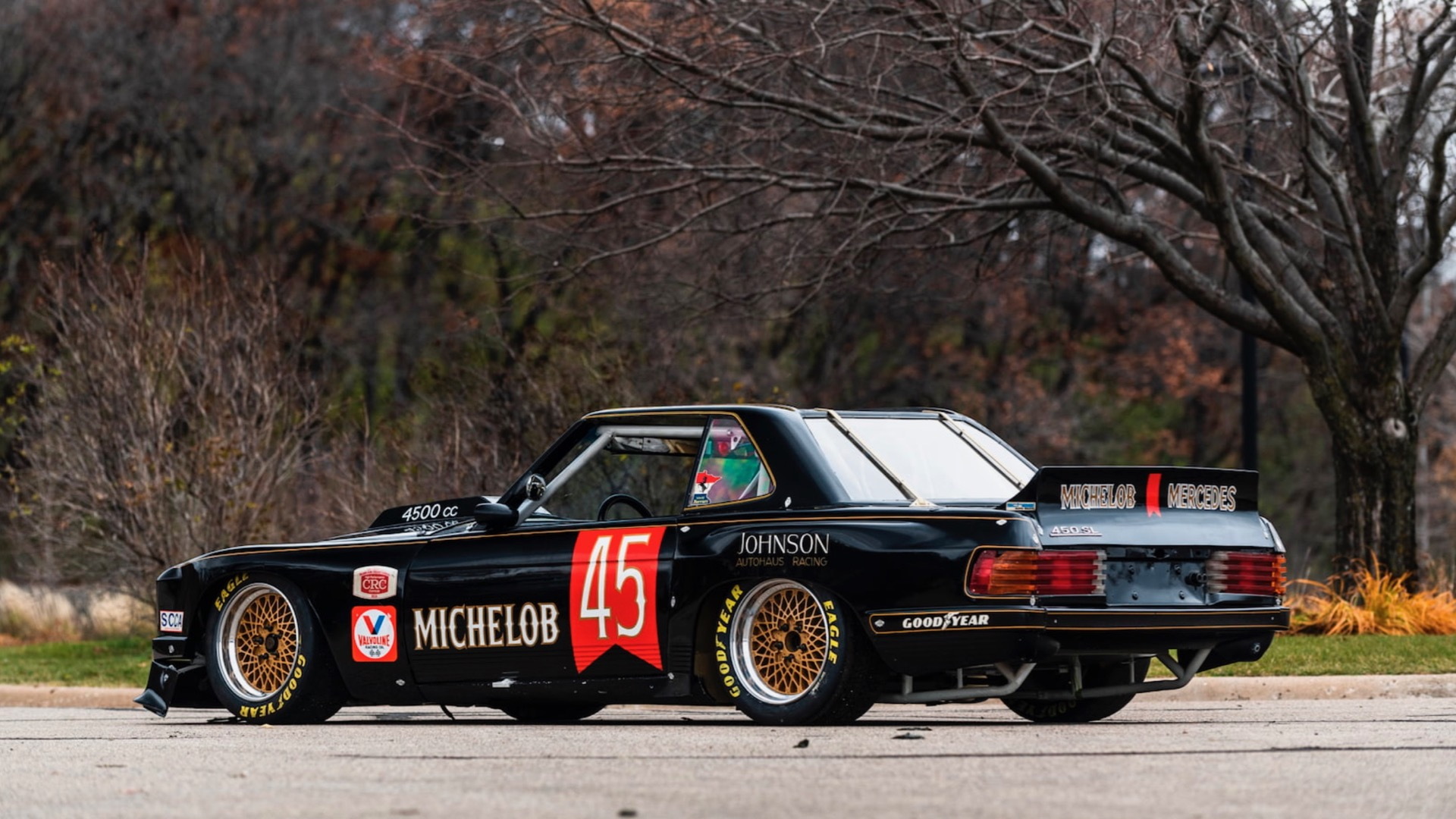 The SCCA Trans Am series achieved iconic status with grids of American muscle cars, but it's featured greater variety over the years, including this 1982 Mercedes-Benz 450 SL, one of the lots at Mecum's Kissimmee, Florida, auction scheduled for January 6-16.

The race car is patterned after the then-current R107 SL-Class, but as with all Trans Am cars of the period it was built from the ground up for racing. It has a tube frame chassis with fiberglass bodywork and large front and rear spoilers.

Power is provided by a 5.0-liter V-8 that was de-stroked to 4.5 liters to comply with Trans Am regulations. Unlike the stock SL-Class, the racer's engine is fed through dual Holley carburetors.

The Trans Am SL-Class was owned by Neil DeAtley, who ran a Mercedes dealership in Lewiston, Idaho, and it was driven by Loren St. Lawrence, with sponsorship from Michelob beer. DeAtley switched to Chevrolet for the 1983 season, winning the Trans Am championship with a pair of Camaros driven by David Hobbs and Willy T. Ribbs.

The auction listing bills this SL-Class as the first Mercedes to race in a professional series since 1955, when the automaker withdrew from motorsports after a deadly crash at the 24 Hours of Le Mans. Mercedes cars appeared in rallying in the interim, however, and it's worth noting that the Trans Am SL-Class was not a factory-backed effort. Mercedes made its formal return to racing later in the decade with Sauber in the FIA's Group C category.

Today, the AMG GT is Mercedes' weapon of choice in racing, at least in terms of road car-derived racers. AMG was also tasked with developing the 2022 Mercedes-Benz SL-Class, but the redesigned sports car still leans more toward luxury than its AMG GT sibling.