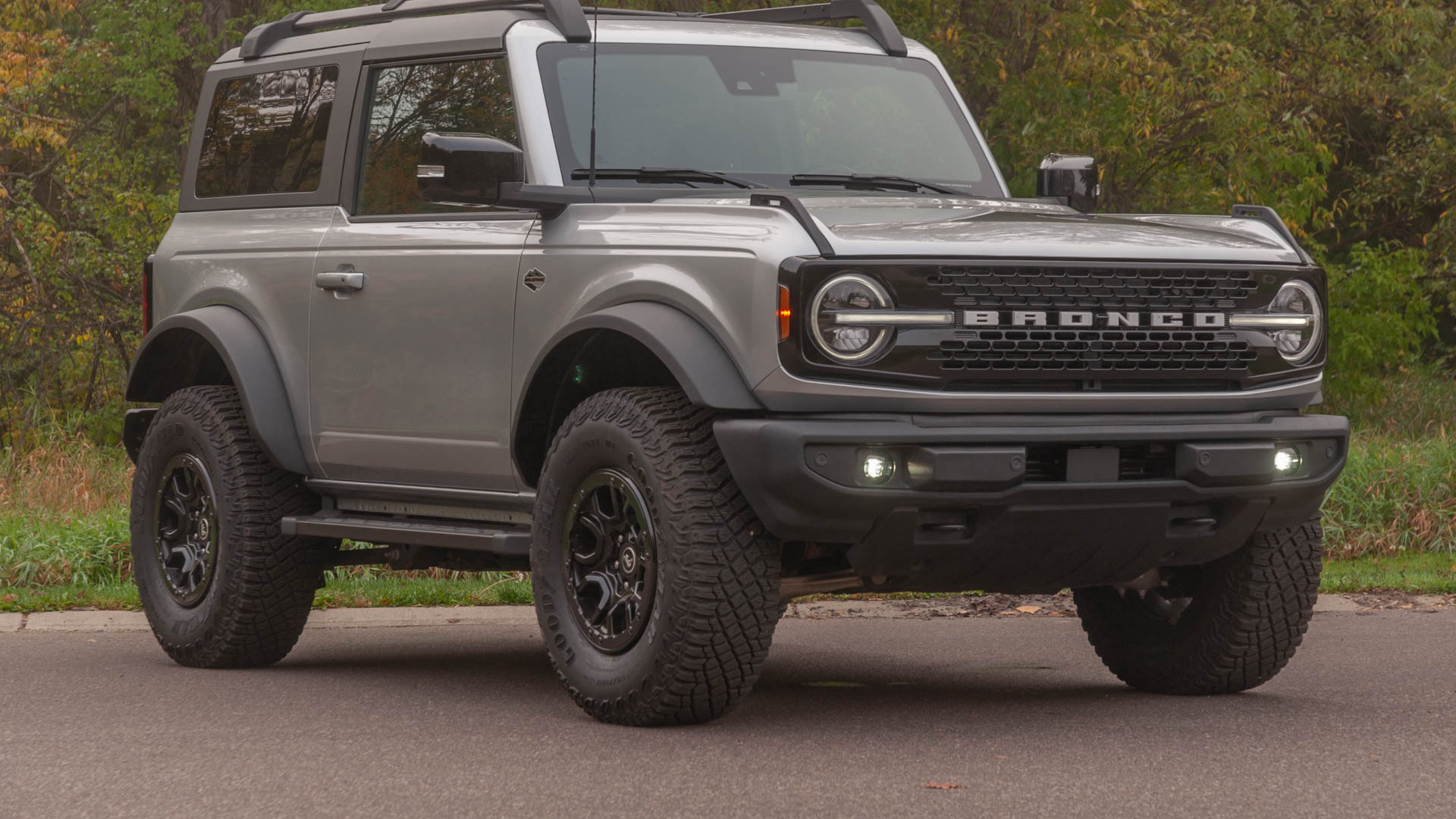 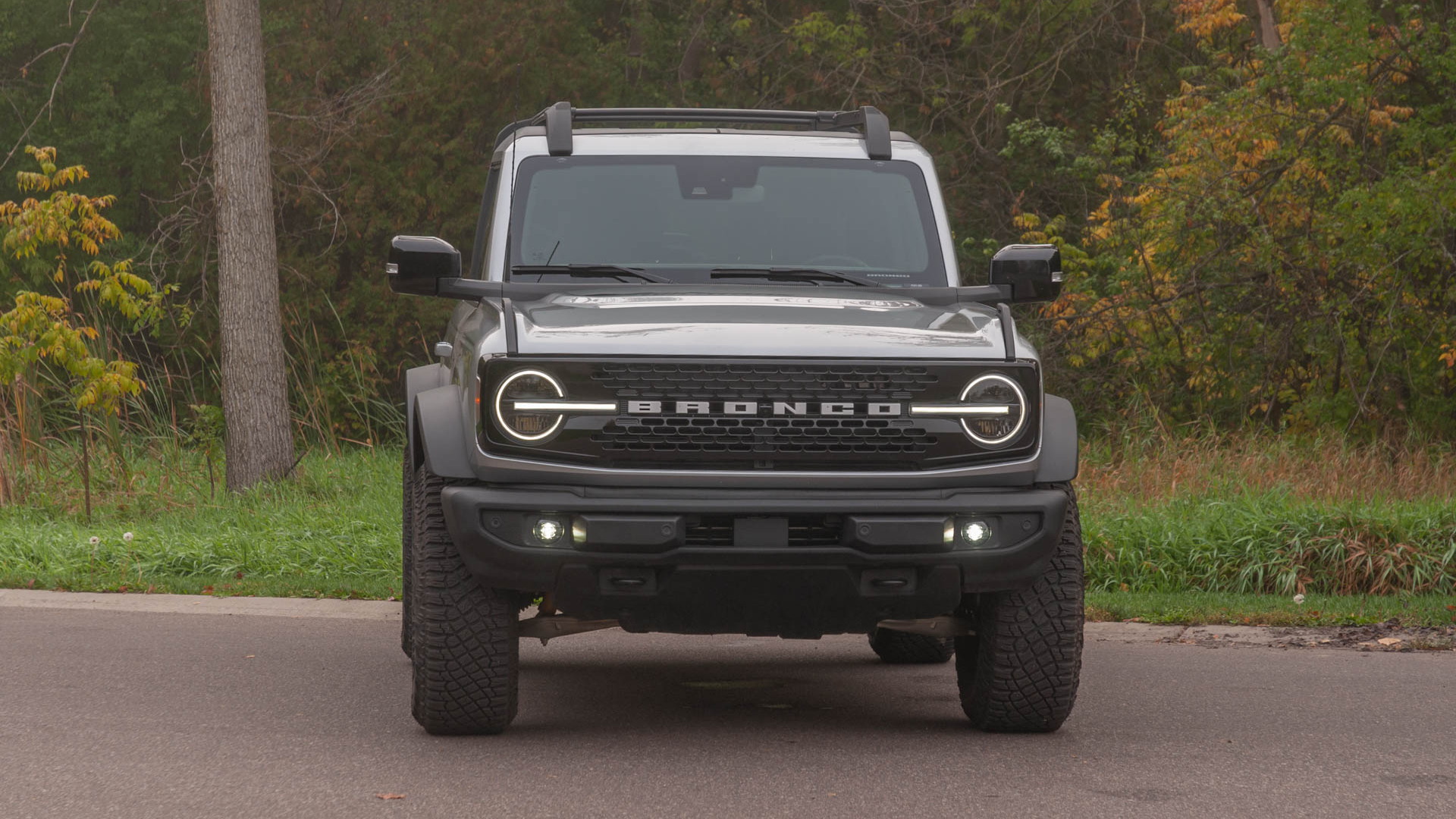 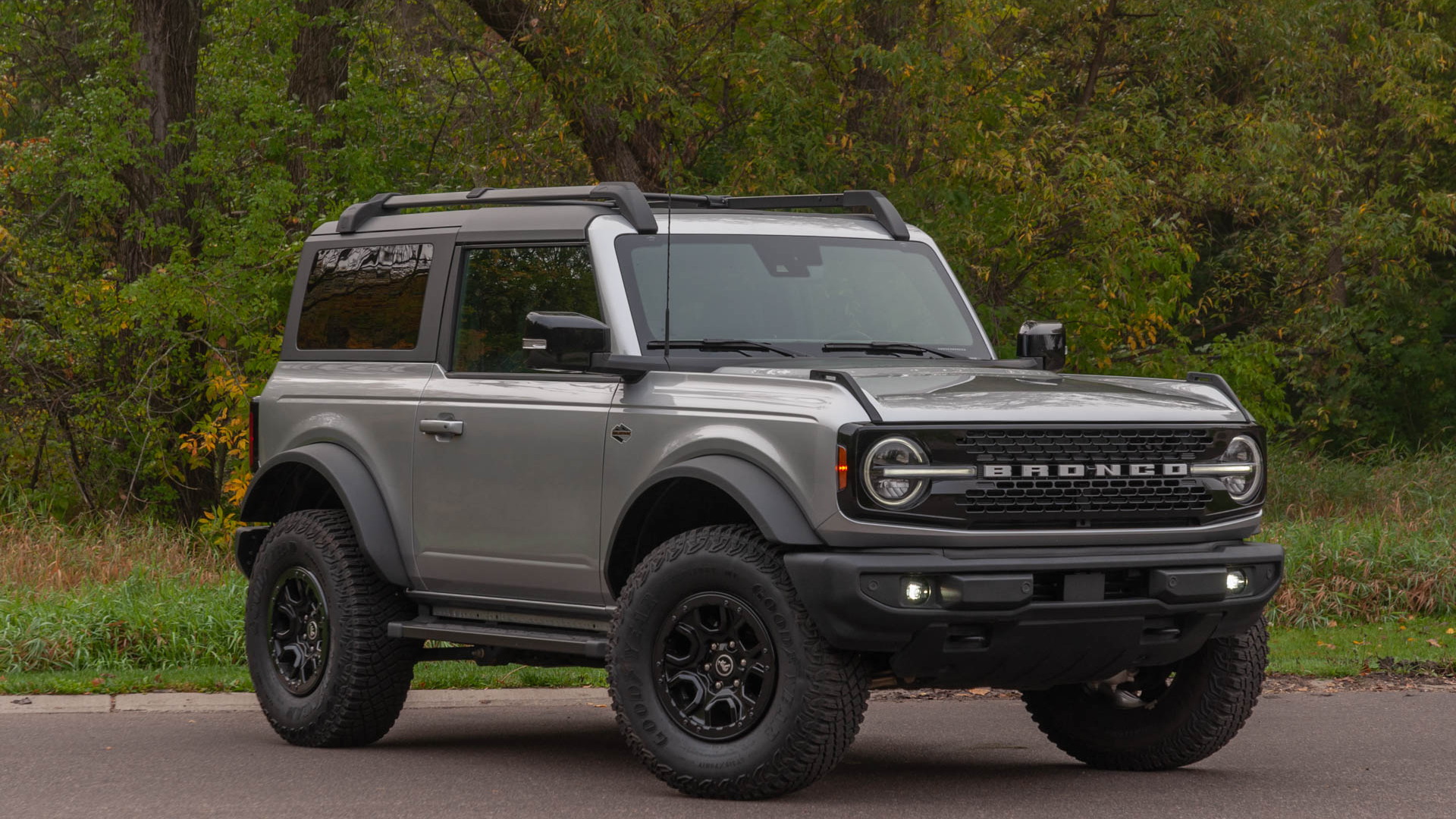 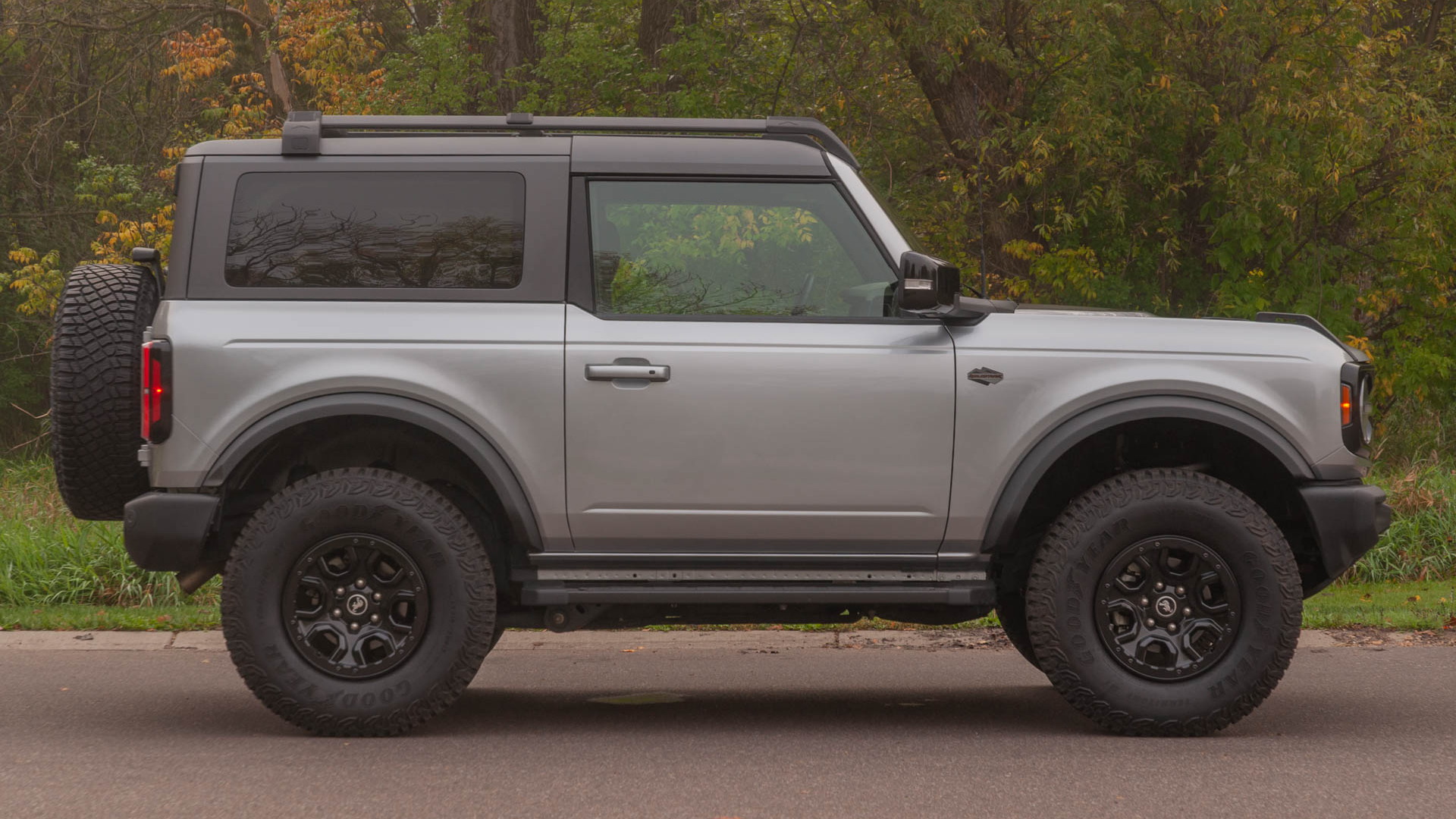 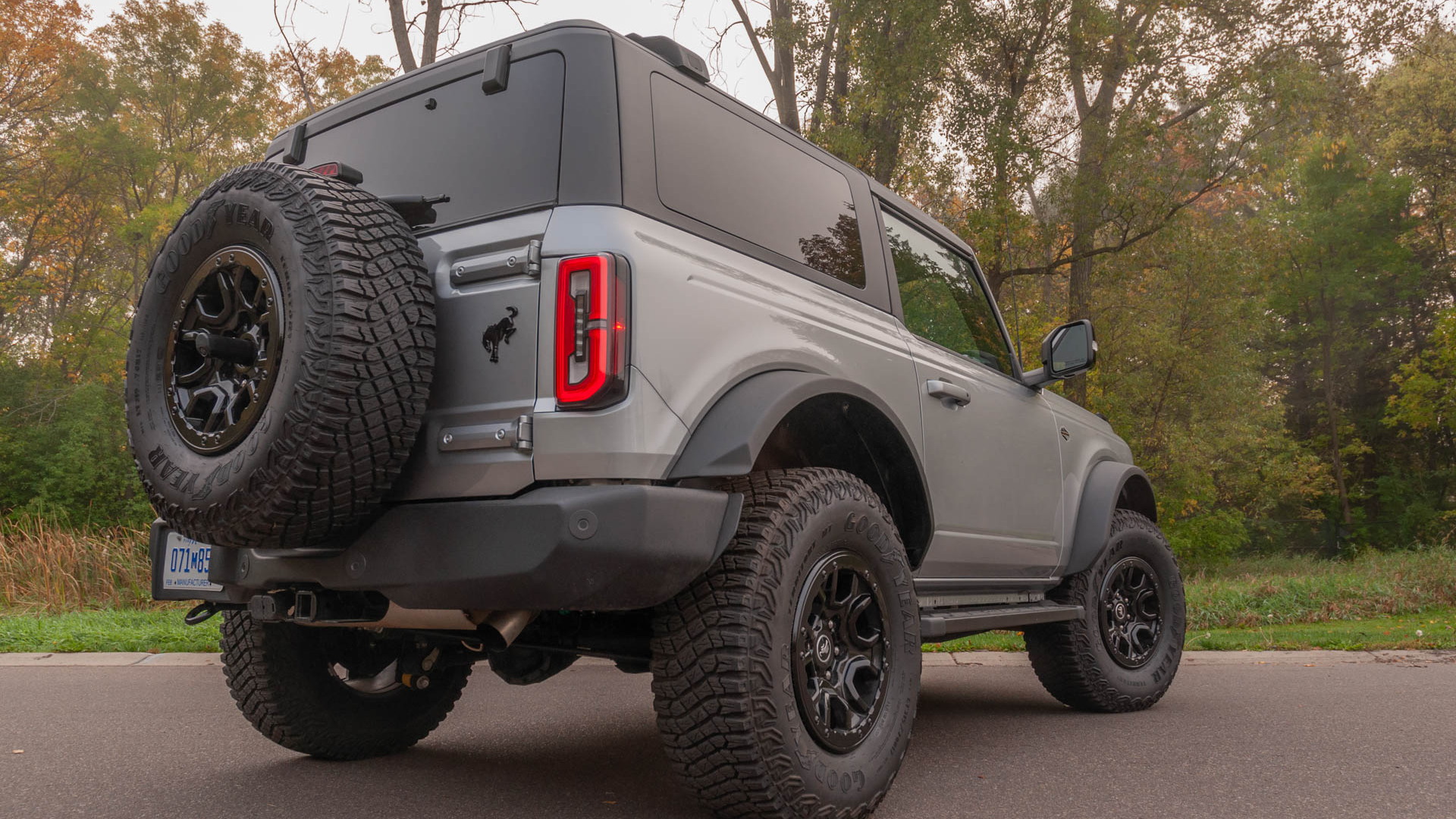 Activate the Wayback Machine and set it to January 2017. That’s when Ford confirmed the Bronco (and Ranger pickup) were coming back. The Blue Oval promised the Bronco would be a true four-wheel-drive vehicle with an off-road focus capable of tackling the Rubicon trail.

Ford has delivered on that promise with the 2021 Bronco.

With bona fide off-road hardware, solutions to competitors' pain points, and a cool retro design, the 2021 Ford Bronco certainly looks like a homerun on paper. But some of the creative solutions to competitor’s flaws create their own issues, it makes almost no effort at refinement, and serious quality control issues have plagued the launch.

I didn’t get a chance to take the Bronco off-road, but colleagues have found it very capable. I did live with a 2021 Ford Bronco Wildtrack two-door for a week, though, hauling kids to activities, running errands, and living daily family life to see where this reborn icon hits and misses. Here’s what I learned.

In Wildtrak spec, the Bronco is powered by the 2.7-liter twin-turbo V-6 used in the F-150 pickup truck. Here it produces 330 hp and 415 lb-ft of torque. Its gruff sounds are right at home in a truckster. A slick-shifting 10-speed automatic doles out the power through a full-time four-wheel-drive system, with the 2Hi, 4Hi, 4Lo controls on the center console. Despite a hefty 4,750-lb curb weight as equipped, this thing rips. Mashing the accelerator to the floor thrusts the Bronco forward with authority as the rear end squats and the front end heaves on its soft off-road suspension (Ford’s Sasquatch off-road package is standard on the Wildtrak trim). The idea that the forthcoming Bronco Raptor will have more power than this is borderline hilarious and probably unnecessary.

The 2021 Ford Bronco launch has been a mess. Online forums, Twitter, and Facebook groups are awash in quality control complaints. Ford owned up to some issues and is replacing every hardtop on 2021 Broncos produced through August. Ford blamed hardtop roof supplier Webasto, but the buck stops with the automaker that’s putting its badge on these things. My Wildtrak tester’s hardtop exhibited the scaling issue that shows some of the hardtop’s weave through the black paint. The top also had some paint chipping and fitment issues. In addition, the glass on the frameless doors of my tester wiggled like Jello when I opened and closed the doors. The big grab handle on the center console wiggled when I grabbed it, too, which did not instill confidence in using it as an “oh crap” handle. Some of the injection molded plastics were milky in color and weren’t consistent in coloration throughout the interior.

Ford did its homework while developing the Bronco and attempted to fix some pain points of the Jeep Wrangler. The sideview mirrors are mounted at the base of the windshield cowling rather than to the doors, which means, unlike the Wrangler, they stay in place when the doors are removed. That’s smart. The frameless doors also make each door lighter when lifting them off the hinges, and there’s a nifty slot molded into the lower door panel to grab to make the process easier. Four-door models feature four removable roof panels instead of just two, which makes the hardtop section that covers the cargo area smaller, lighter, and less awkward to remove. The interiors of some models have floor drains and rinsable floors. That’s smart, too.

Ford created its own problems when addressing the Wrangler’s livability issues. No good deed goes unpunished. The sideview mirrors stick out really far, making them quite vulnerable. I nearly knocked them off a dozen times pulling into and out of my garage. They also create more wind noise than the door-mounted mirrors on a Wrangler, which are tucked in closer to the body. The frameless doors also allow wind to seep past their seals on the highway. In addition, removing the frame from the design eliminates a key location to grab the doors when removing them. I usually grab the top of the window frame when removing Jeep Wrangler doors as that provides easy leverage with my 5-foot-10” frame.

With independent front suspension and electric power steering, the Bronco feels, and drives, like a vehicle from 2021. On the highway, the steering is precise, easy-to-manage, and doesn’t require the constant input adjustments required in a Wrangler. For a body-on-frame off-road-oriented SUV, the front end is composed and controlled. It isn’t as exhausting to drive the Bronco as it is the Wrangler—outside of the annoying NVH issues.

The Jeep Wrangler has been the benchmark for bad NVH (Noise, Vibration, and Harshness), but the Bronco sets a new low bar. My Wildtrak had massive 37-inch tires that howled on the highway. While not every Bronco has such extreme tires, the other choices are knobby enough to create noise of their own, which Ford does little to filter out. The Bronco also suffers from way too much wind and engine noise, and too many driveline vibrations. The aforementioned wind noise coming off the mirrors and seeping in through the frameless doors is excessive. Ford uses too little sound deadener to block the engine and driveline issues (heck, the engine doesn’t even have a plastic cover like you’ll find in every other vehicle on the market.). Anyone who thought the Bronco would be a more refined Jeep Wrangler will be disappointed, and that’s before considering the cheap plastics throughout the cabin.

The Bronco looks like a Bronco and that’s its greatest strength. The design isn’t a complete throwback, but it has more than enough heritage baked in to stir the passions of enthusiasts. From the squared-off stance to the short, blunt front and rear ends to the throwback grille, everyone knows exactly what it is. Yet its vibe is modern and cheeky, and its round LED daytime running lights look like something out of a Pixar movie.

Ford delivered on its promise to build a Bronco that is capable and worthy of the badge. With creative packaging, terrific styling, and modern powertrains and suspensions that deliver dynamics better than the competition, it’s worthy of the attention it’s getting. But Ford has to figure out the quality control issues, and don’t expect an experience that’s more refined than what you get in the venerable and beloved Jeep Wrangler.