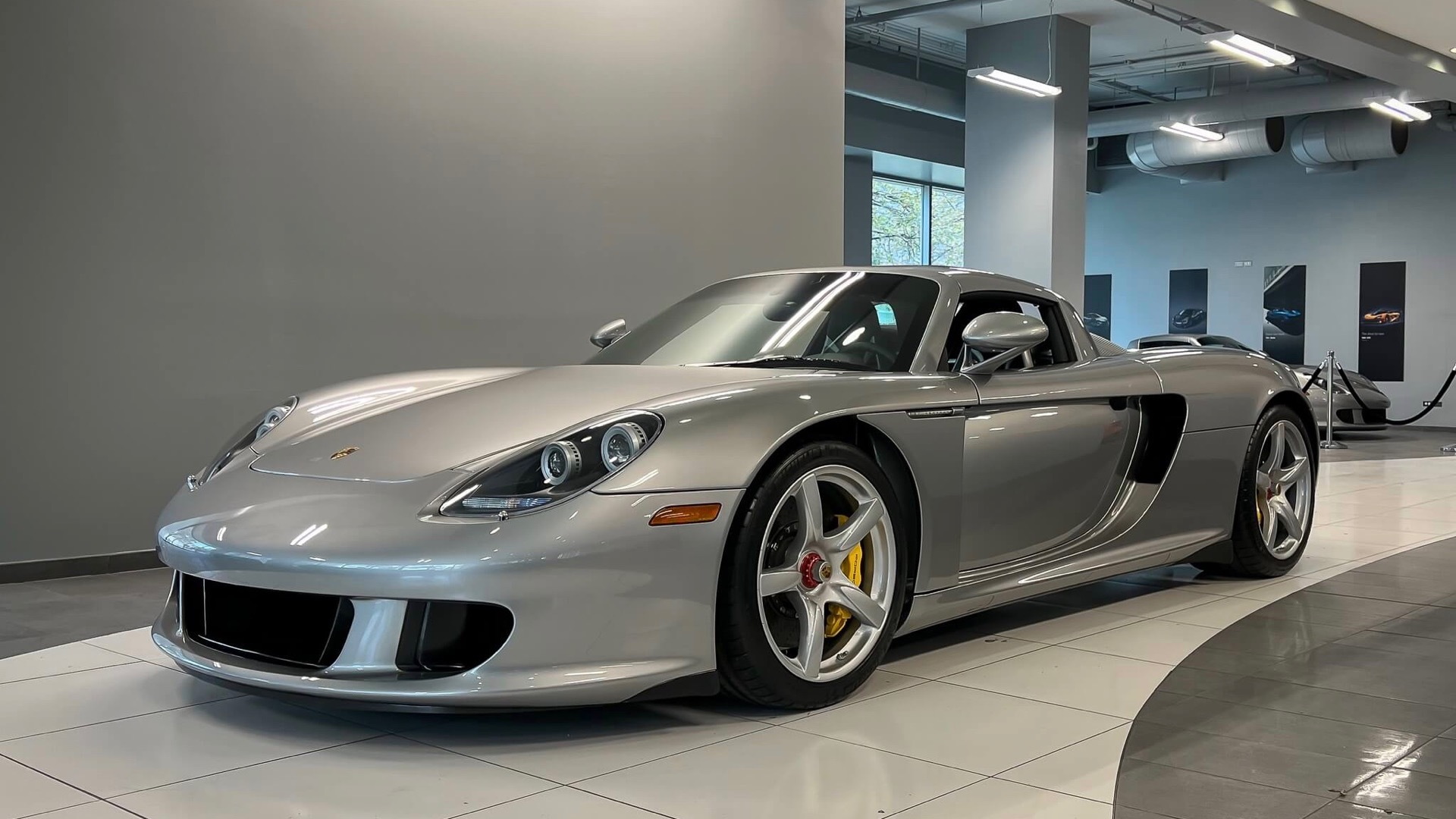 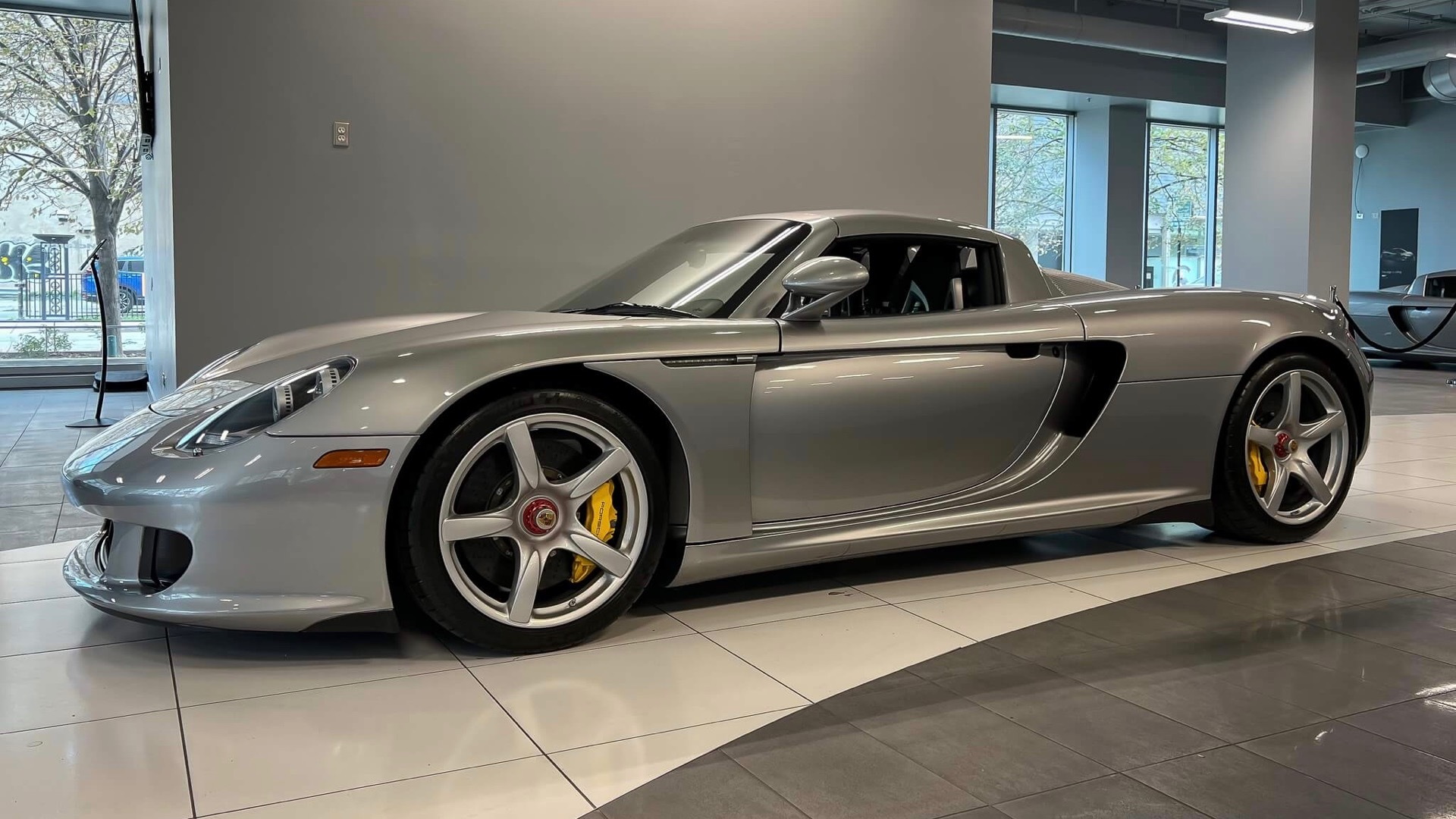 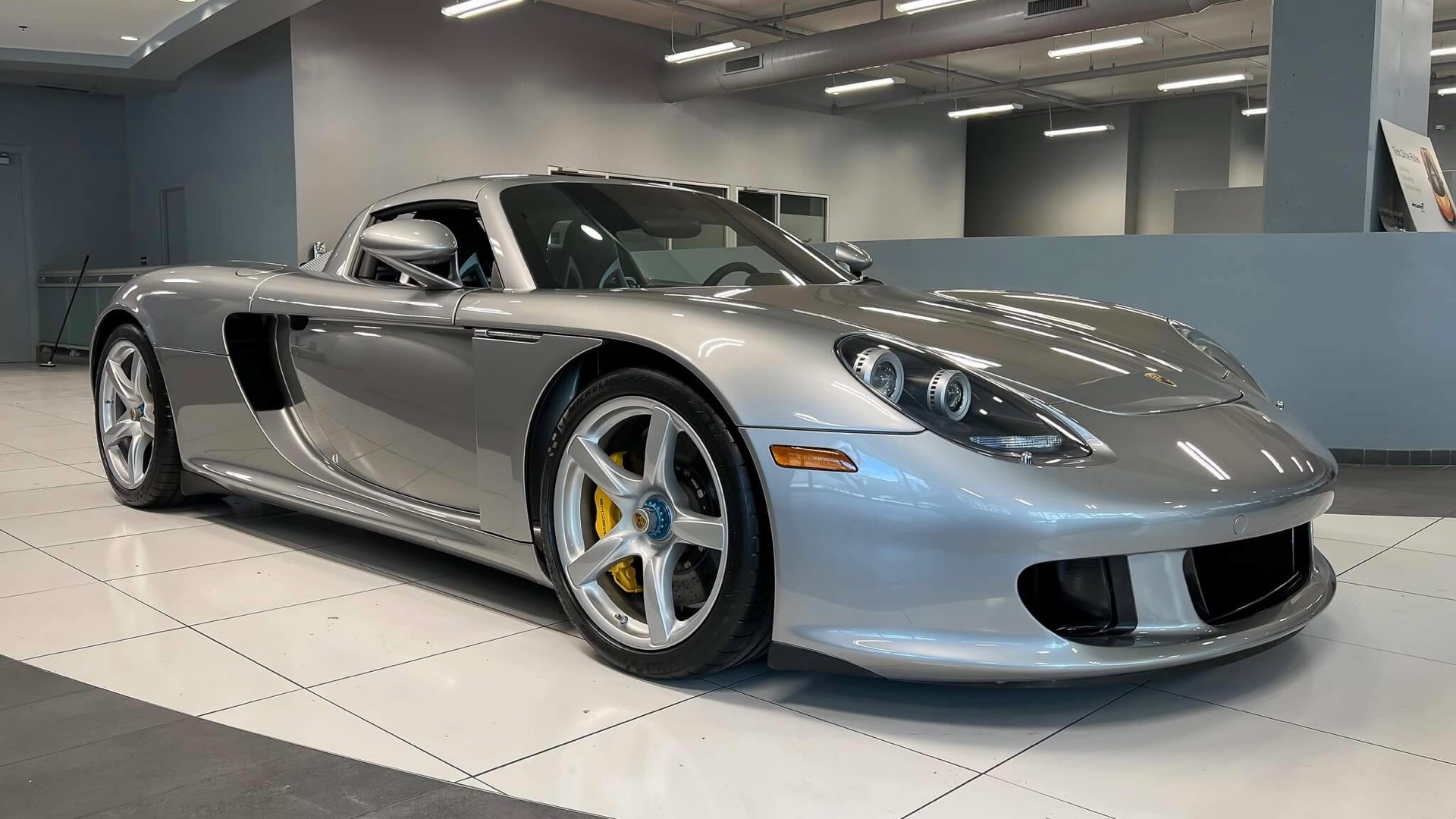 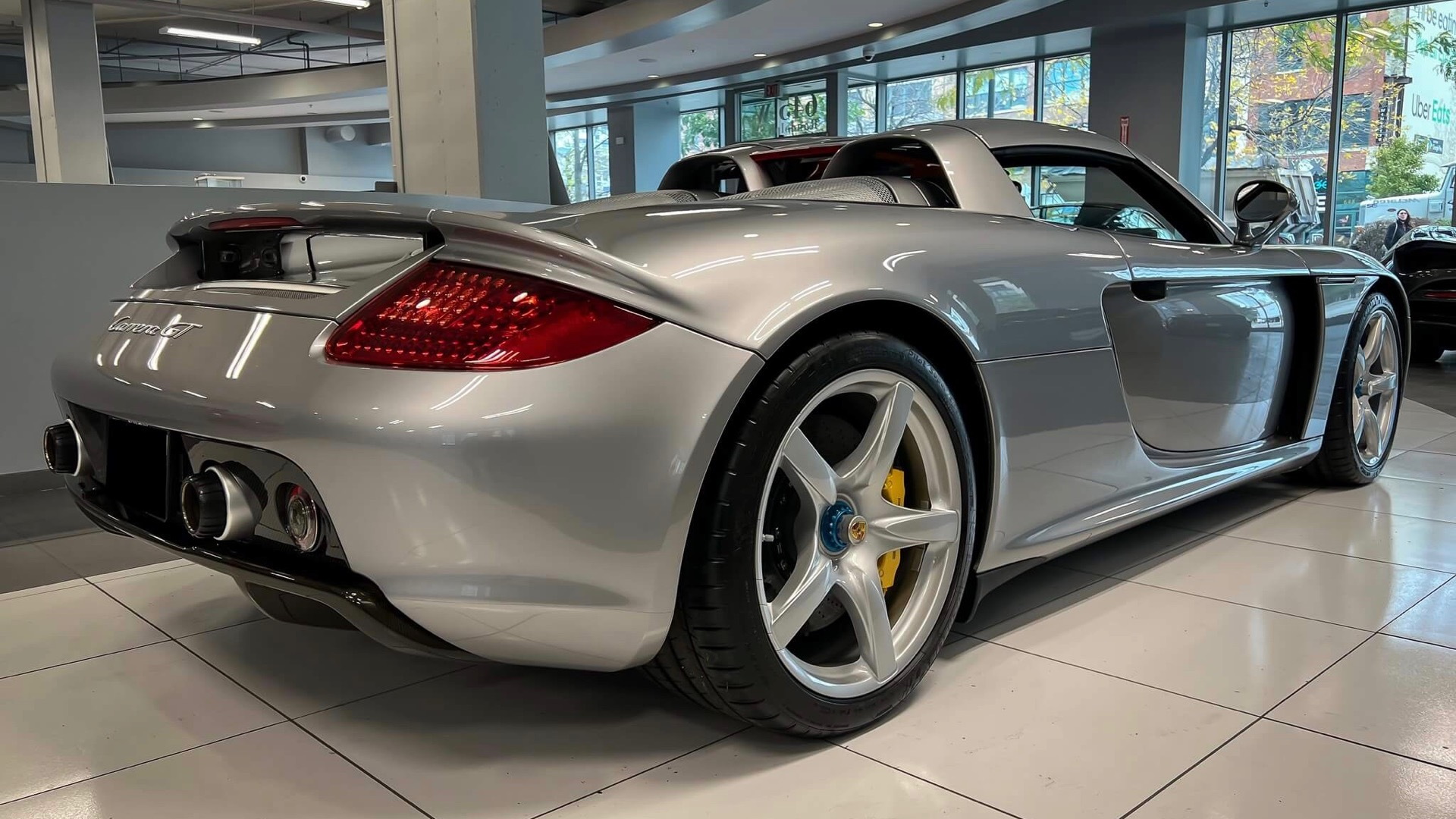 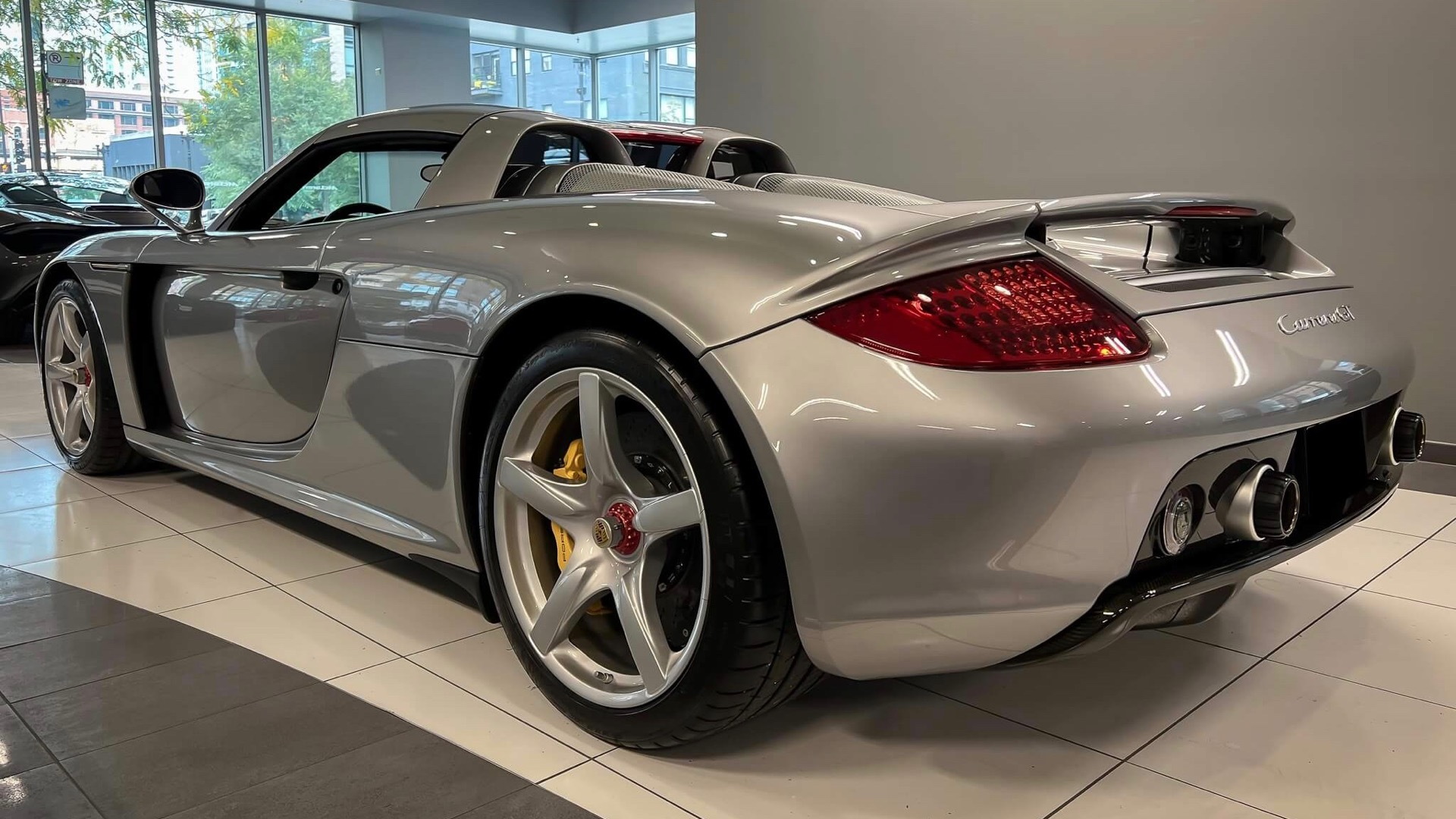 If you have the desire (and the funds) to own one of Porsche's most legendary supercars, you'd better act fast. A one-owner 2005 Porsche Carrera GT with just 342 miles on the odometer is up for auction through P Car Market, but the auction ends in just two days.

Unveiled at the 2000 Paris Motor Show, the Carrera GT was originally just a concept car that wasn't intended for production. However, Porsche had a V-10 engine on hand from an aborted Le Mans project, and soon became flush with cash from the introduction of the Cayenne.

Originally developed in the 1990s for Formula One, and then repurposed for a Le Mans program that never happened, the V-10 ultimately displaced 5.7-liters in road-car form. It produced 603 hp and 435 lb-ft of torque, which was channeled to the rear wheels through a 6-speed manual transmission.

A carbon-fiber monocoque kept the Carrera GT's curb weight down to 3,042 lb. That allowed for 0-62 mph in 3.9 seconds—still an incredible number for a naturally aspirated car with a manual transmission—as well as 0-124 mph in 9.9 seconds, and a 205-mph top speed.

The car up for auction—chassis 0855—was delivered through a Texas dealership and has been in the original owner's collection since new, according to the listing, which also noted that the Carrera GT recently had a "preventative" $50,000 engine-out service. The high bid was around $1.33 million at the time of publication, meaning this car is on track to set a sales record. Last month, a Carrera GT with 2,700 miles set a record of $1.31 million on Bring a Trailer, Jalopnik noted.