Anyone with even a passing interest in financial news has by now probably heard of Evergrande Group and its cash troubles.

The Chinese property developer has debts of over $300 billion and has struggled to raise funds to pay back interest on some of its bonds.

This cash crunch has put into doubt Evergrande's chances of successfully launching new electric vehicles under its recently established Hengchi car brand. As recently as April, Evergrande unveiled nine EVs for Hengchi and promised to deliver four of them as early as 2022.

It seems Evergrande for now remains committed to its car division, despite the ongoing financial woes.

Caixin reported on Wednesday that construction of Evergrande's car plant in Tianjin, China, is still underway and that the company has set a mid-November target for the start of pre-production of the Hengchi 5 crossover (shown below). Pre-production allows plant employees to iron out any production snags before customer vehicles are built. The pre-production vehicles are also typically used for certification purposes.

Incredibly, Evergrande also has plants under construction in Shanghai and Guangzhou. However, the Chinese government is seeking consolidation in the EV startup segment, and under new rules announced earlier this year Evergrande will need to reach full capacity at its first plant or risk having its other plants shut down, according to Caixin's sources. 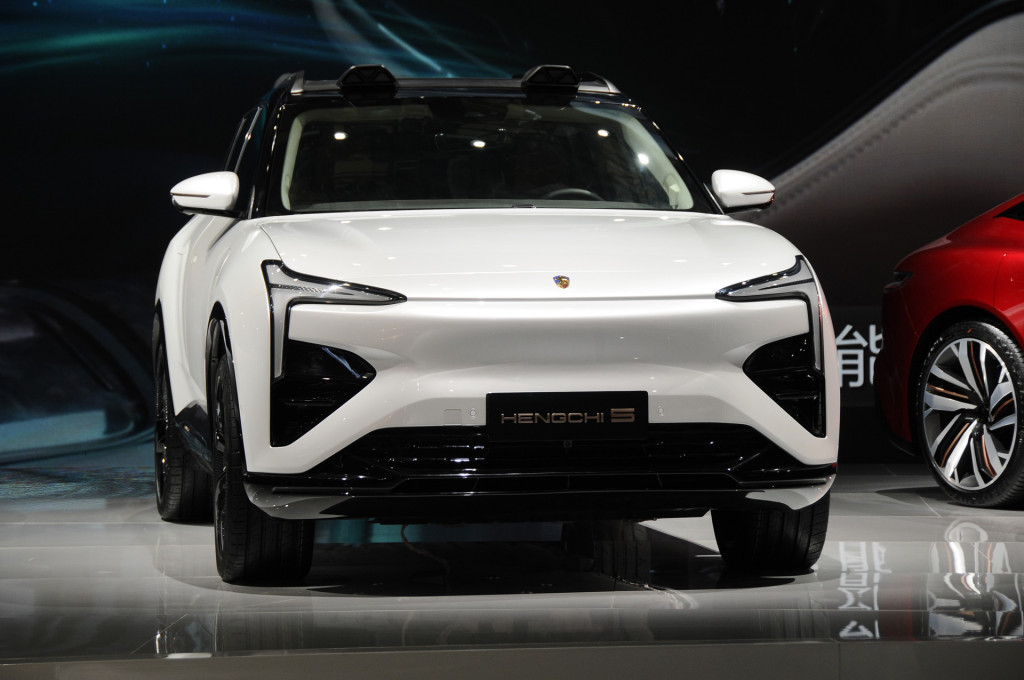 Getting production started will also boost the appeal of Evergrande's car division to potential investors, the sources said.

But Evergrande's cash crunch could easily throw a spanner in the works, and things at the car division are deteriorating as the months ago by. The car division last month reported a loss of $742 million for the first half of 2021, and according to Caixin it has delayed payments to some suppliers and employees. There have also been reports that a stake in the car division could be sold, possibly to a consortium including smartphone giant Xioami which is also looking to launch a car brand.

Evergrande's foray into the auto industry has been shaky from the start, with the company initially making an investment in Faraday Future that was finalized at the start of 2019 after a dispute with other investors. Shortly after, Evergrande bought a controlling stake in NEVS, the company that tried to save Saab, before finally launching its own car division and Hengchi.