Daniel Ricciardo took home the win on Sunday at an eventful Formula One Italian Grand Prix. It was his first win with McLaren since joining the squad in 2021, and for McLaren it was the first win since the 2012 Abu Dhabi Grand Prix.

McLaren's one-two finish was made possible due to a crash between the early leading pair of Red Bull Racing's Max Verstappen and Mercedes' Lewis Hamilton.

Verstappen started the race on pole after he was promoted a spot following engine penalties that dropped the winner of Saturday's qualifying sprint race, Bottas, to the back of the grid. And joining him at the front of the grid was Ricciardo. 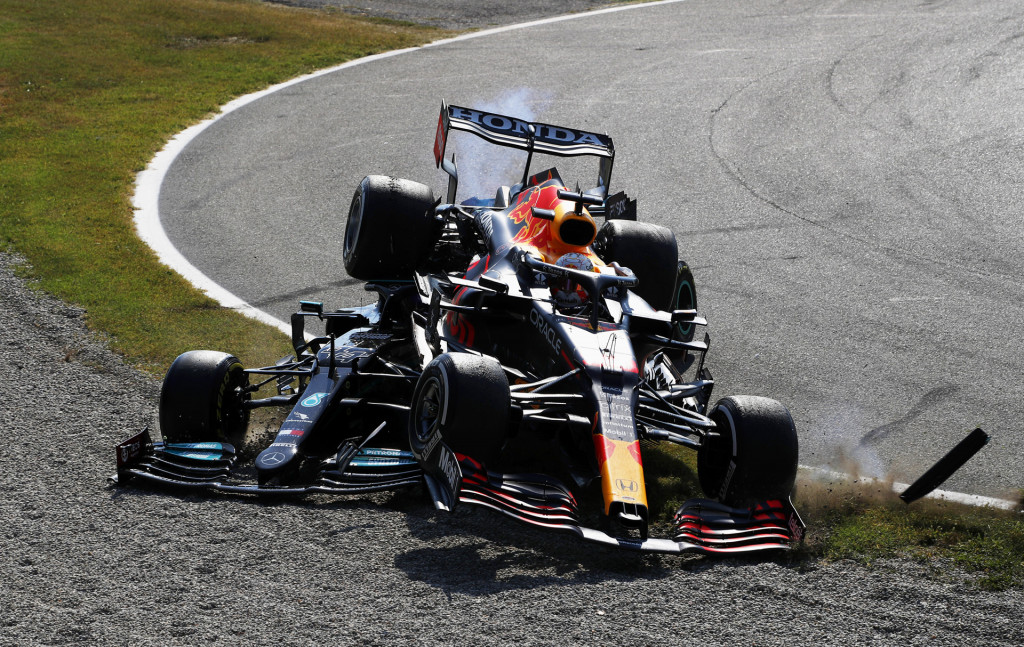 Ricciardo took an early lead while Verstappen was forced to hold off Hamilton behind. Ricciardo remained in front until he pitted on lap 23. Verstappen pitted a lap later but emerged at 10th place after a stuck right-front wheel held him back 11 seconds.

Fortunately for him, Hamilton was also held back by Norris but eventually got past and then pitted. Mired in the middle of the pack, Verstappen fought his way up to catch Hamilton and was beside the Mercedes driver as he came out of the pits. The two fought for position going into the Turn 1 chicane when Verstappen, on the inside, hit the curbs and launched sideways into Hamilton. Both drivers ended up in the gravel trap, with Verstappen on top of Hamilton. Both drivers were forced to retire and Verstappen was later deemed at fault by the Stewards, resulting in him receiving a three-grid place penalty for the next race.

After a brief safety car period, Ricciardo was out in front, followed by Norris who managed to pass Ferrari's Charles Leclerc who was in second after pitting during the safety car period. Behind them were Red Bull's Sergio Perez ahead of Ferrari's Carlos Sainz. Bottas was sixth but by the final stage had moved up to third, where he finished. Leclerc had to settle for fourth while Perez ended up fifth.

Two bonus points from qualifying means Verstappen's lead in the 2021 Drivers' Championship has grown slightly. He sits on 226.5 points versus the 221.5 of Hamilton in second. Bottas remains a distant third with 141 points. In the Constructors' Championship, Mercedes leads with 362.5 points versus the 344.5 of Red Bull and 215 of McLaren. The next race is the Russian Grand Prix in a fortnight. 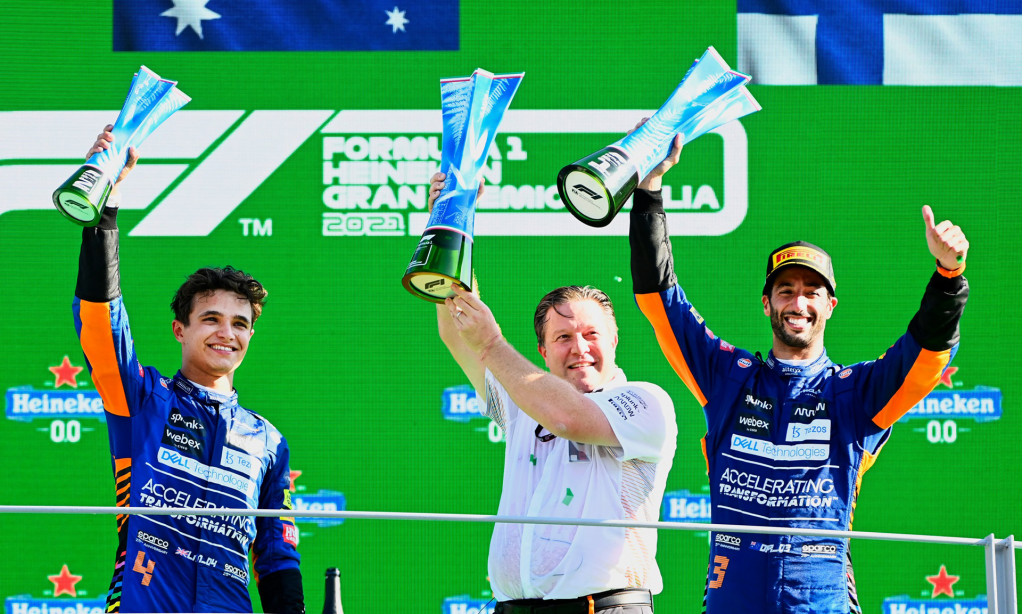 McLaren at the 2021 Formula One Italian Grand Prix

Below are the full results from the 2021 Formula One Italian Grand Prix: