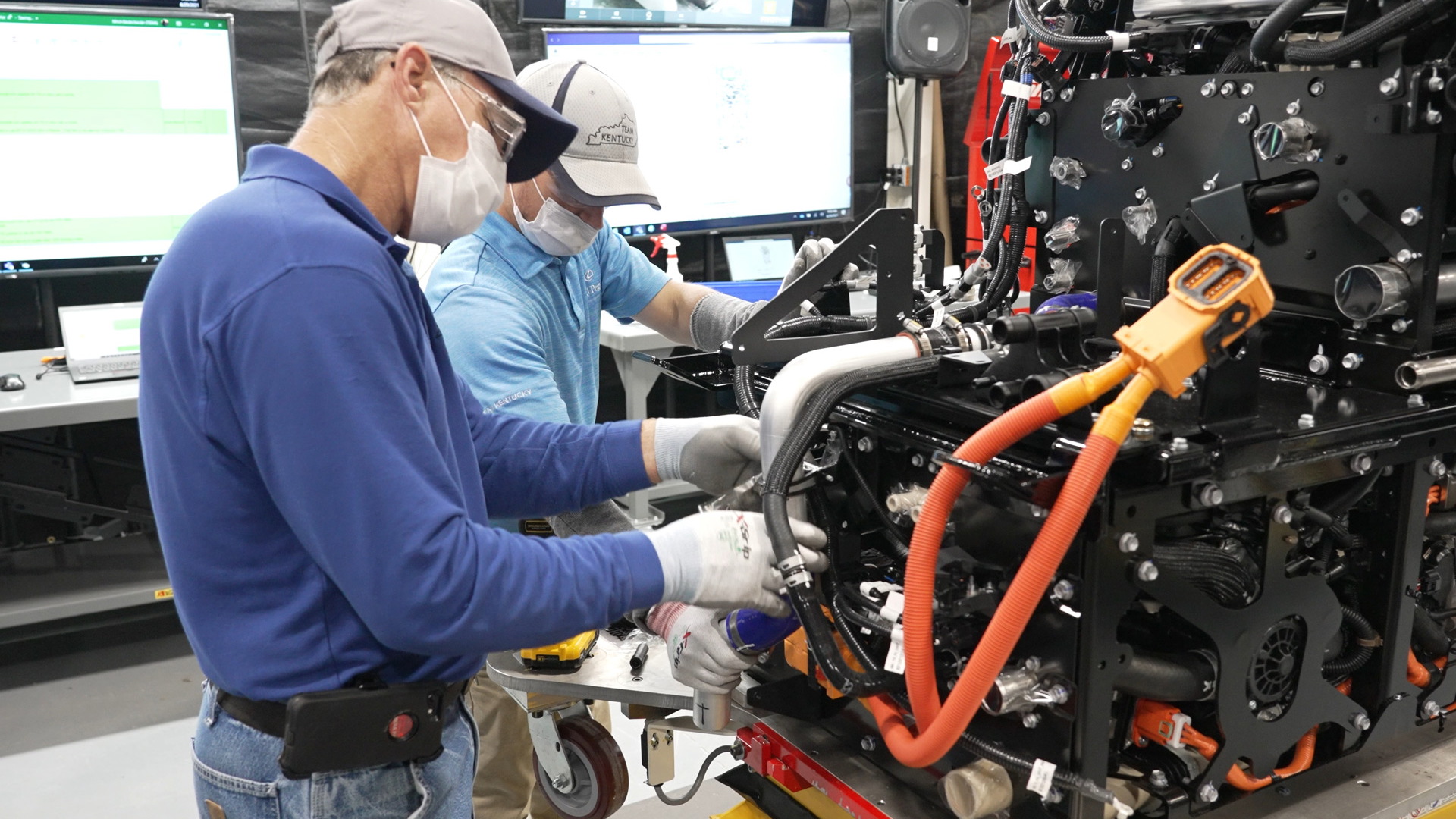 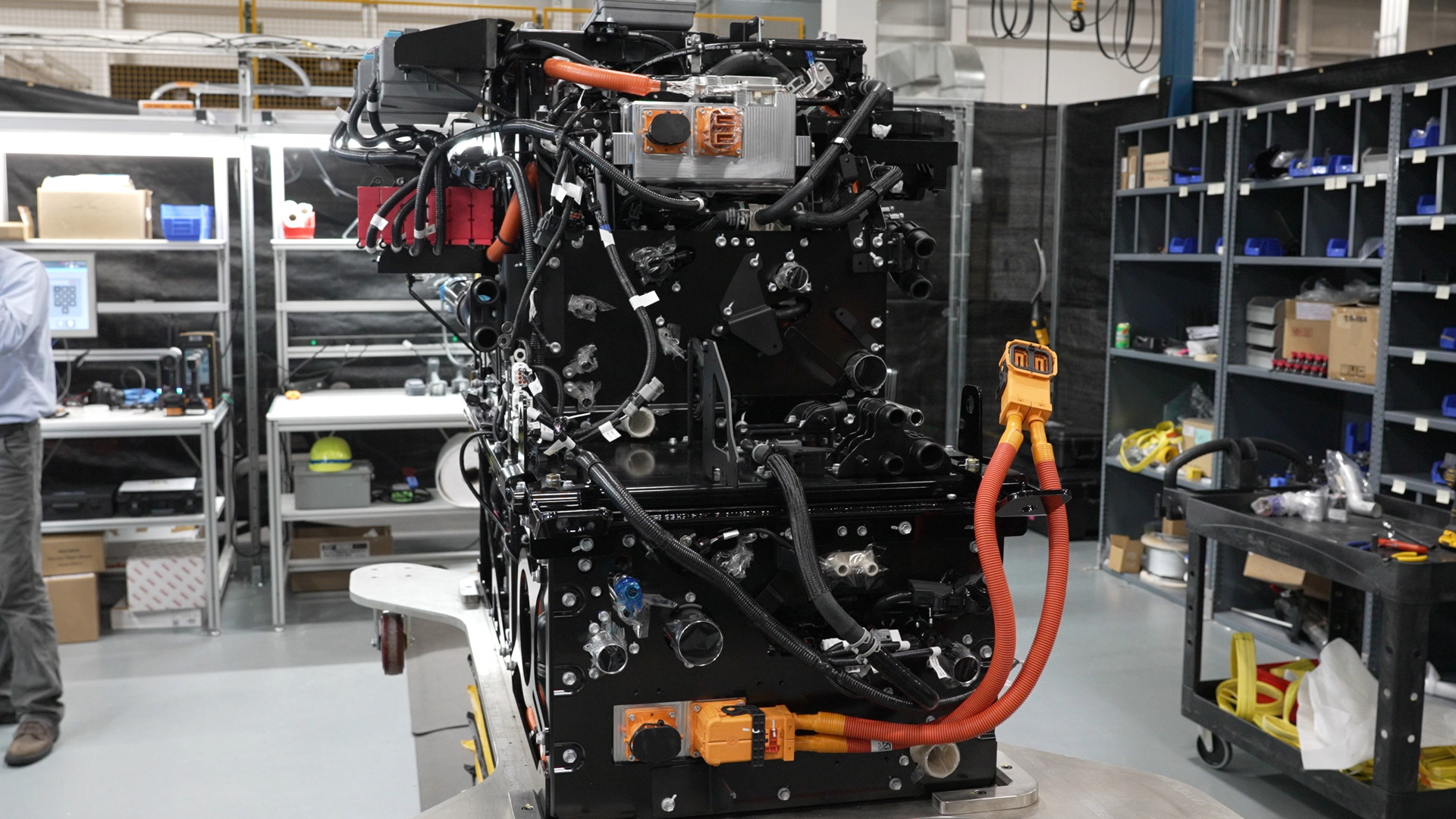 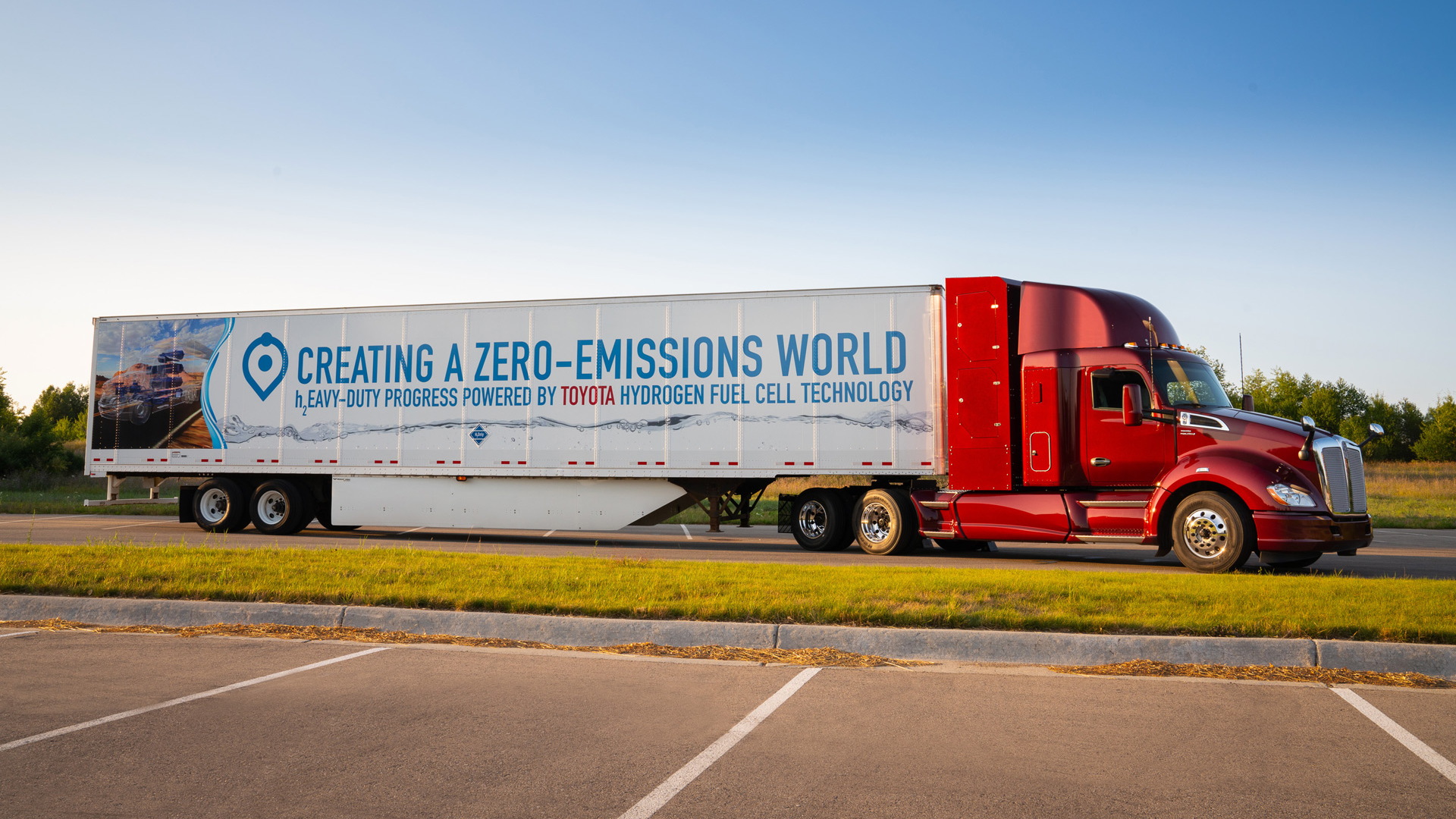 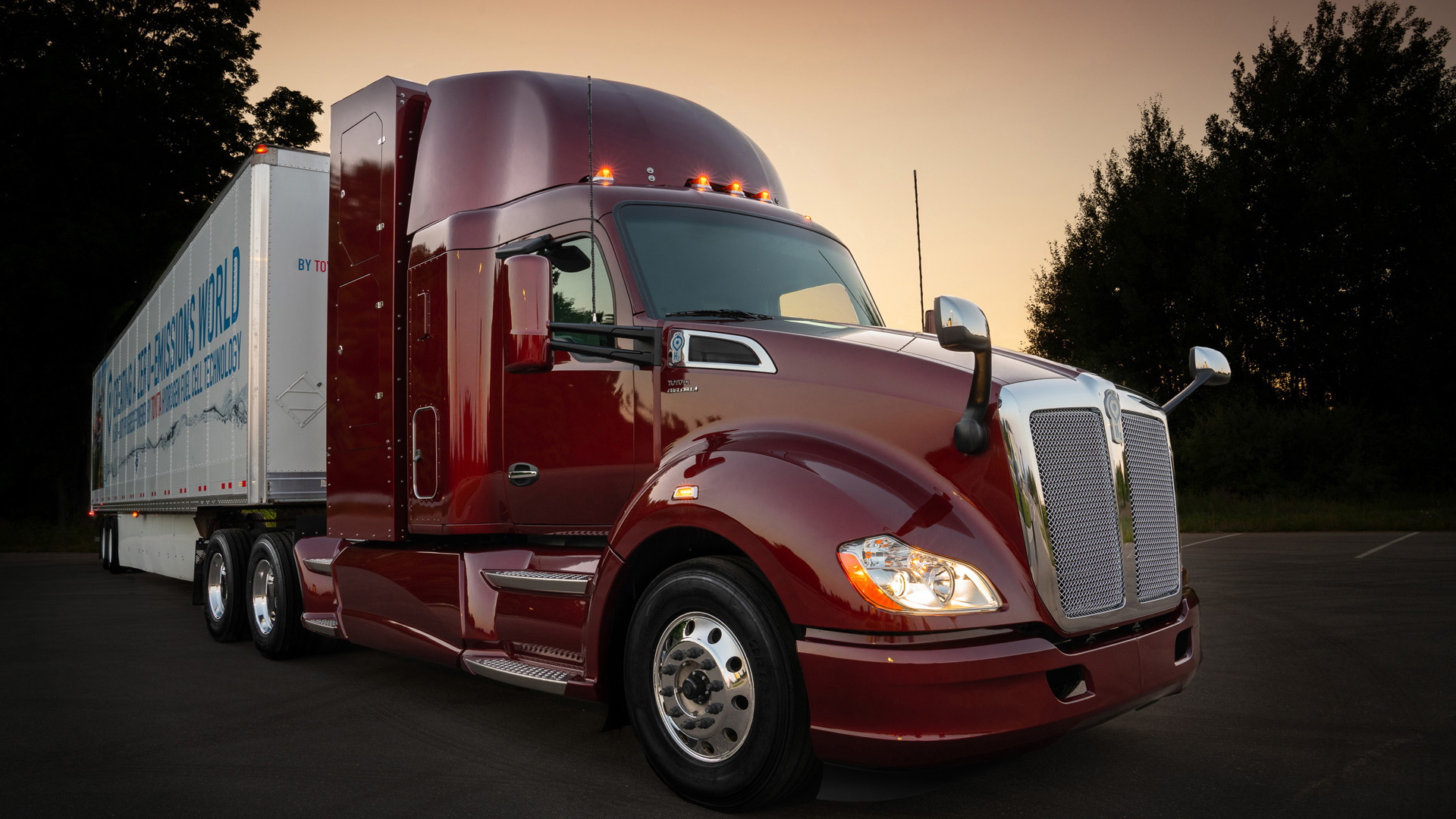 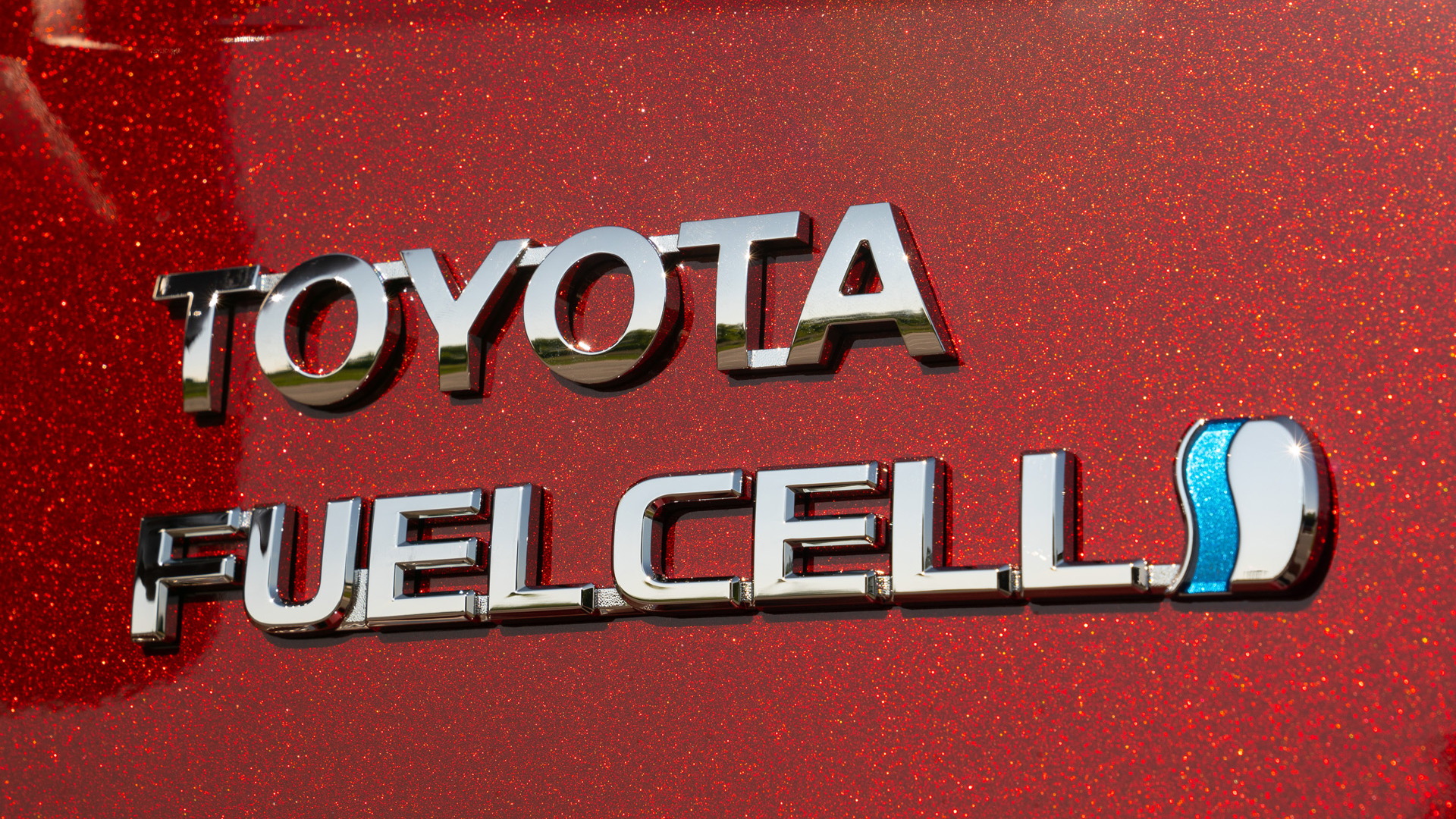 Toyota announced on Wednesday that it will start production of hydrogen fuel cells at its plant in Georgetown, Kentucky, in 2023.

The plant is where Toyota builds the Avalon, Camry, RAV4 and Lexus ES, though Avalon production will end at the site after 2022. Toyota said it plans to build a dedicated line at the site for production of fuel cells.

The fuel cells won't be used for passenger vehicles like the Toyota Mirai. Instead, they will be used in a powertrain kit designed for Class 8 heavy-duty vehicles like semi-trailer trucks. The kit will contain a pair of fuel cells in a module weighing about 1,400 pounds and delivering about 215 hp of continuous power.

Also forming part of the powertrain kit will be a battery, transmission and electric drive system. Crucially, the kit will also contain the storage tanks for hydrogen fuel. According to Toyota, a truck powered by the kit will be able to cover 300 miles at a full load of 80,000 pounds—quietly and with zero emissions.

Toyota will work with truck manufacturers to help them integrate the powertrain kit in their various trucks. Toyota worked closely with truck manufacturer Kenworth to develop the system, starting with a proof of concept semi-trailer truck unveiled in 2017 and later with a handful of prototypes that went into service in the Los Angeles basin and various nearby cities. Toyota is also working with a number of Chinese firms to explore the potential for fuel cells in China.

Other companies looking to use fuel cells in heavy-duty trucking include Hyundai, Daimler Truck and Volvo Trucks. The Daimler and Volvo entities earlier this year established the Cellcentric joint venture to develop fuel cells for trucks and buses, though volume production isn't expected to start until 2025. Cellcentric's powertrain also uses a pair of fuel cells.