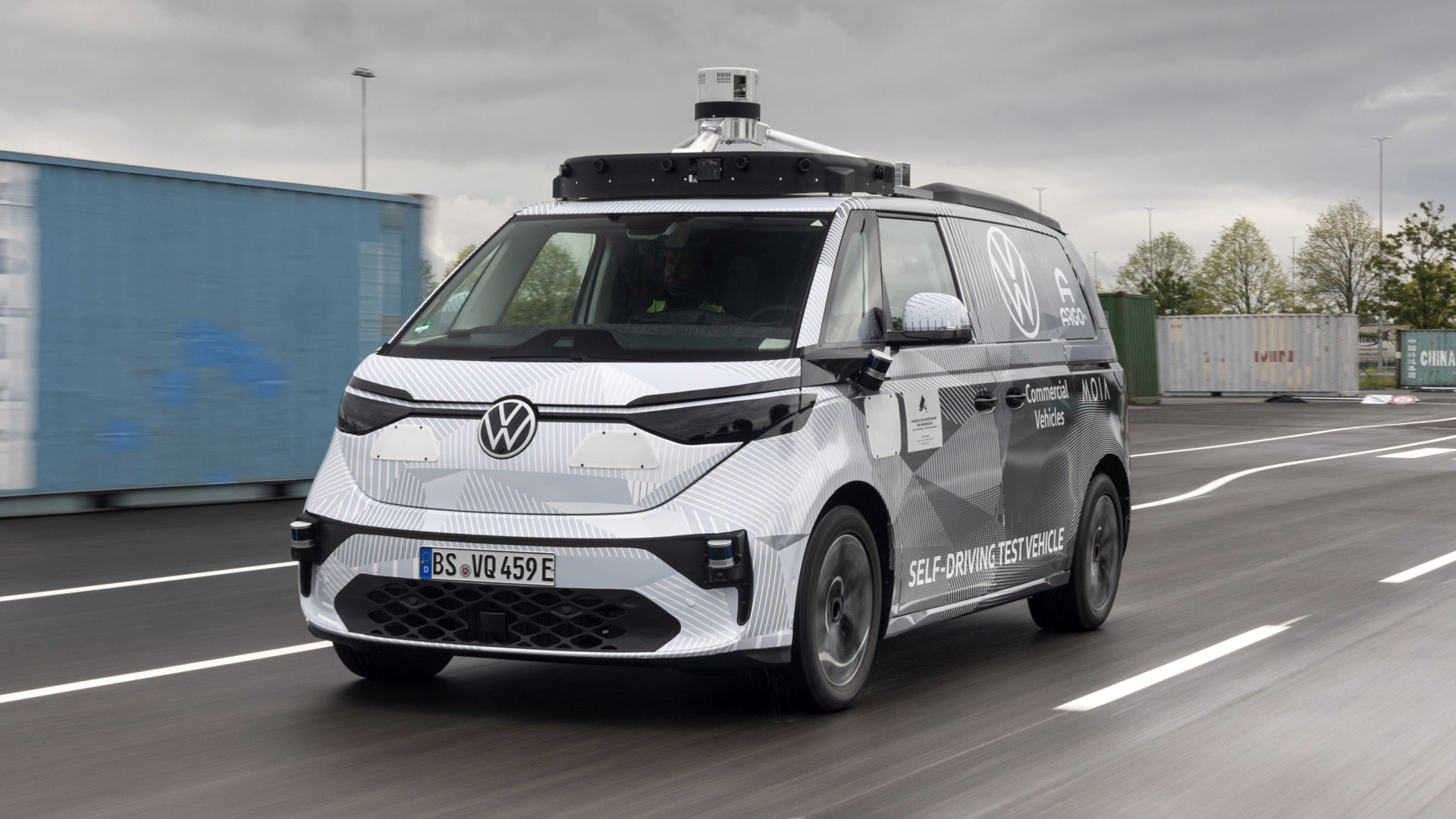 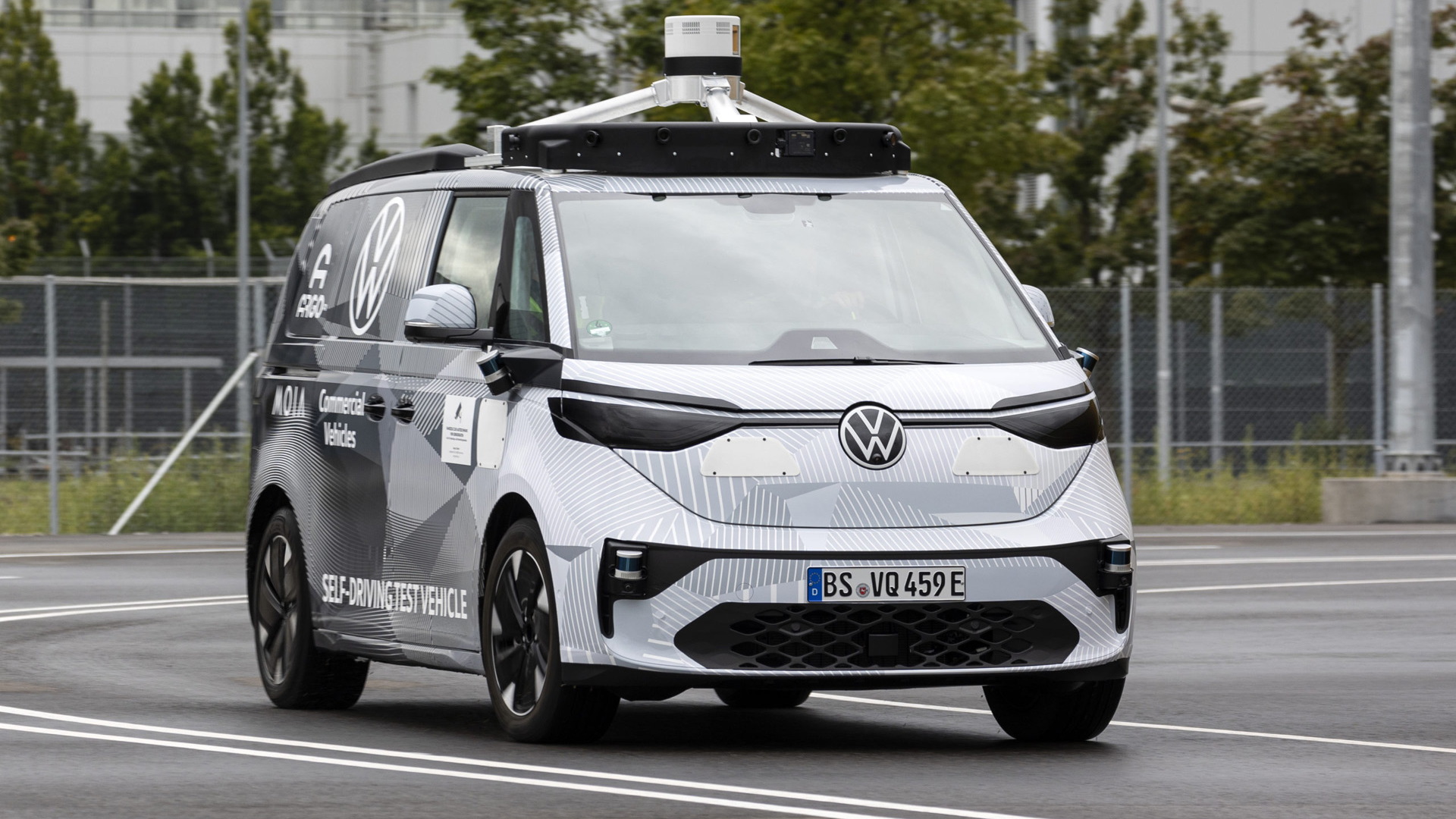 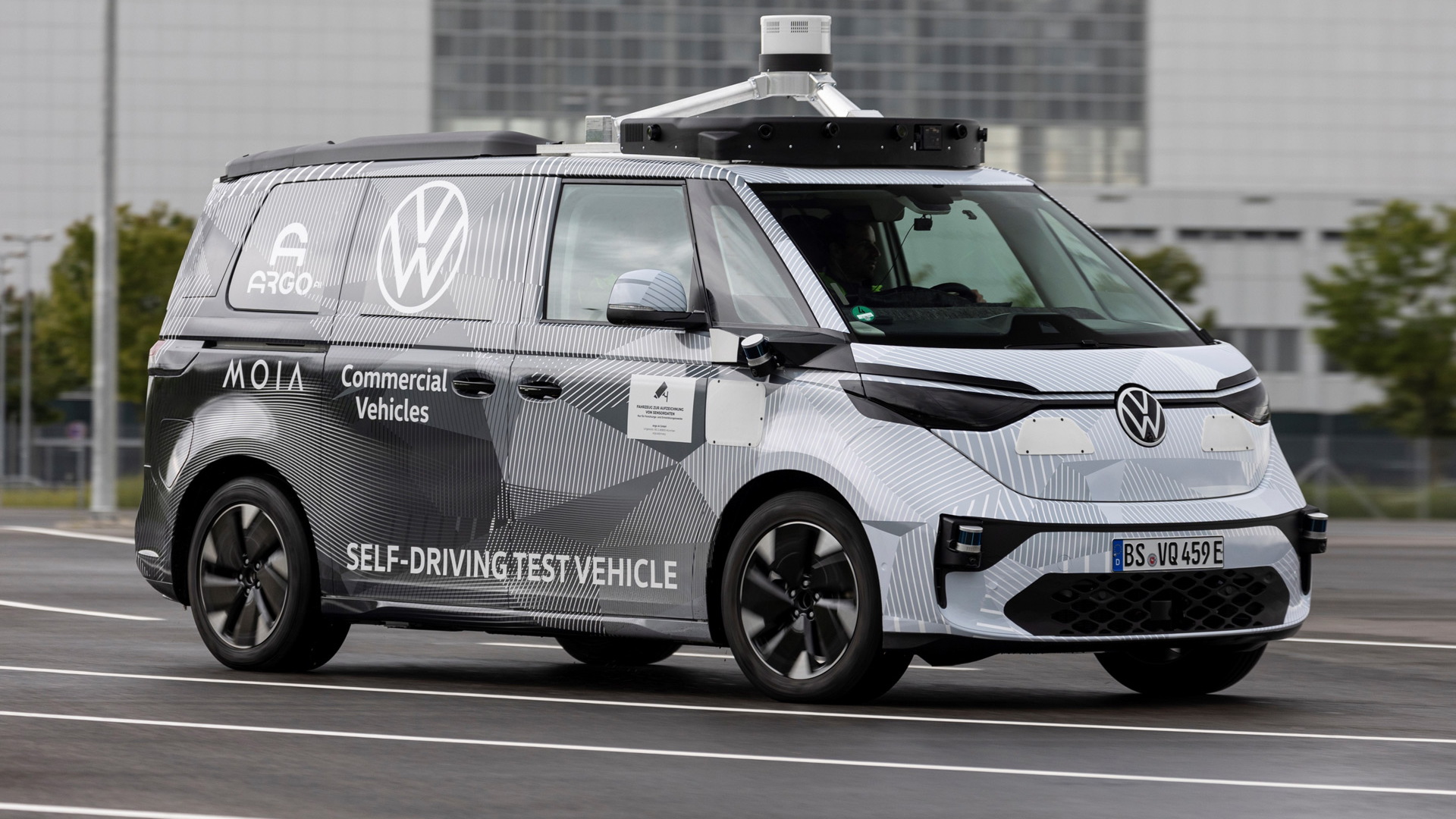 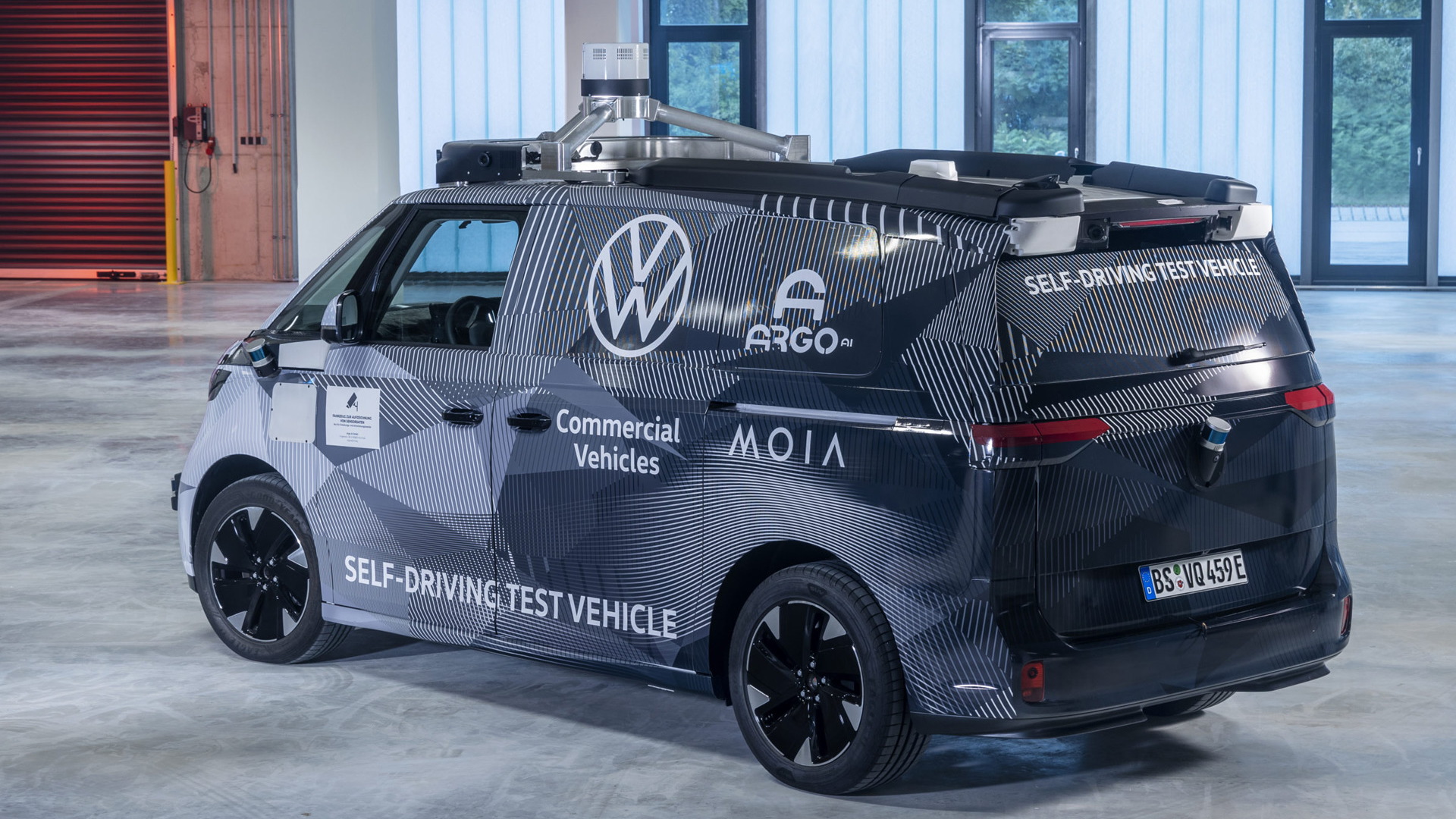 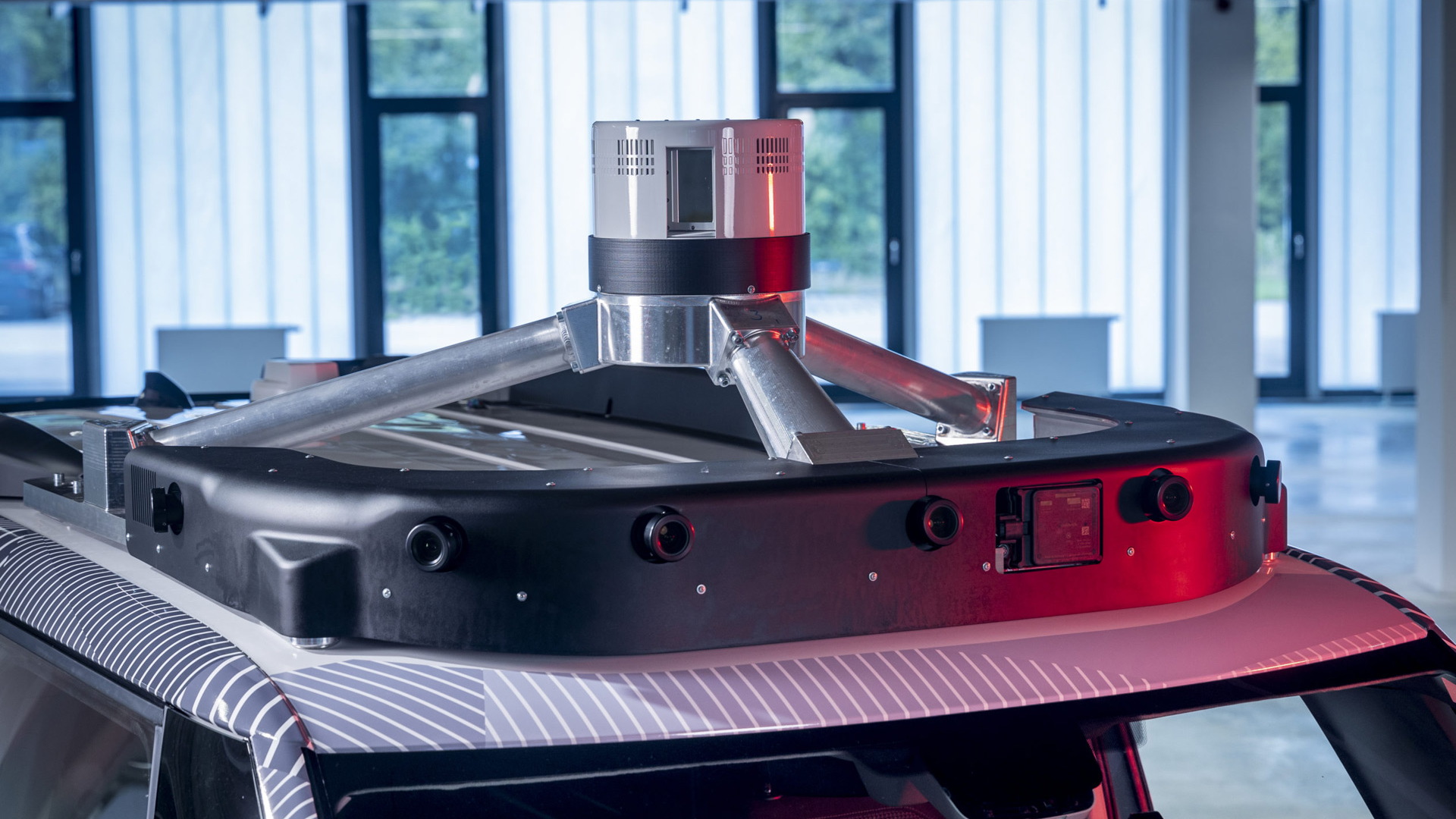 Volkswagen Group plans to launch a commercial self-driving taxi and delivery service in Hamburg, Germany, via its Moia ride-sharing business, starting in 2025.

The service will use self-driving vans based on Volkswagen's upcoming electric van previewed by 2017's ID.Buzz concept, and rely on a SAE-scale Level 4 self-driving system developed by Argo AI, which VW Group owns together with Ford.

Level 4 cars can operate fully on their own, though only in set conditions, the main one typically being a geofenced area. The highest rating on the SAE scale is a Level 5 car. Such a car would be able to function on its own in all of the same conditions expected of a human.

While VW Group's commercial service is still a few years out, the automaker started testing prototype versions of the self-driving vans this summer. The prototypes are initially testing on dedicated tracks near the main airport of Munich, Germany, close to where Argo AI's European headquarters are located, but will expand to more areas as development progresses.

Argo AI has already been testing its self-driving system in Germany. It also has prototypes testing in six cities in the U.S. Its main test site is in Pittsburgh, Pennsylvania, where the company is headquartered. The company has also announced plans to add its prototypes to Lyft's network in some U.S. cities starting in 2021.

Argo AI's self-driving system uses a combination of sensors for guidance, with the primary ones being cameras and lidar. The company only in May announced a revolutionary Argo Lidar system that is able to accurately spot and identify objects more than 1,300 feet away, or about 300 feet more than current lidar sensors.

Separately, VW Group is developing its own self-driving system via its new Cariad software business, for privately owned cars. It will be available to all VW Group brands but timing is uncertain.

As for when the regular electric van based on the ID.Buzz is due to reach showrooms, VW has confirmed a European launch in 2022. Unfortunately the new van will only reach the U.S. in 2023, arriving as a 2024 model.