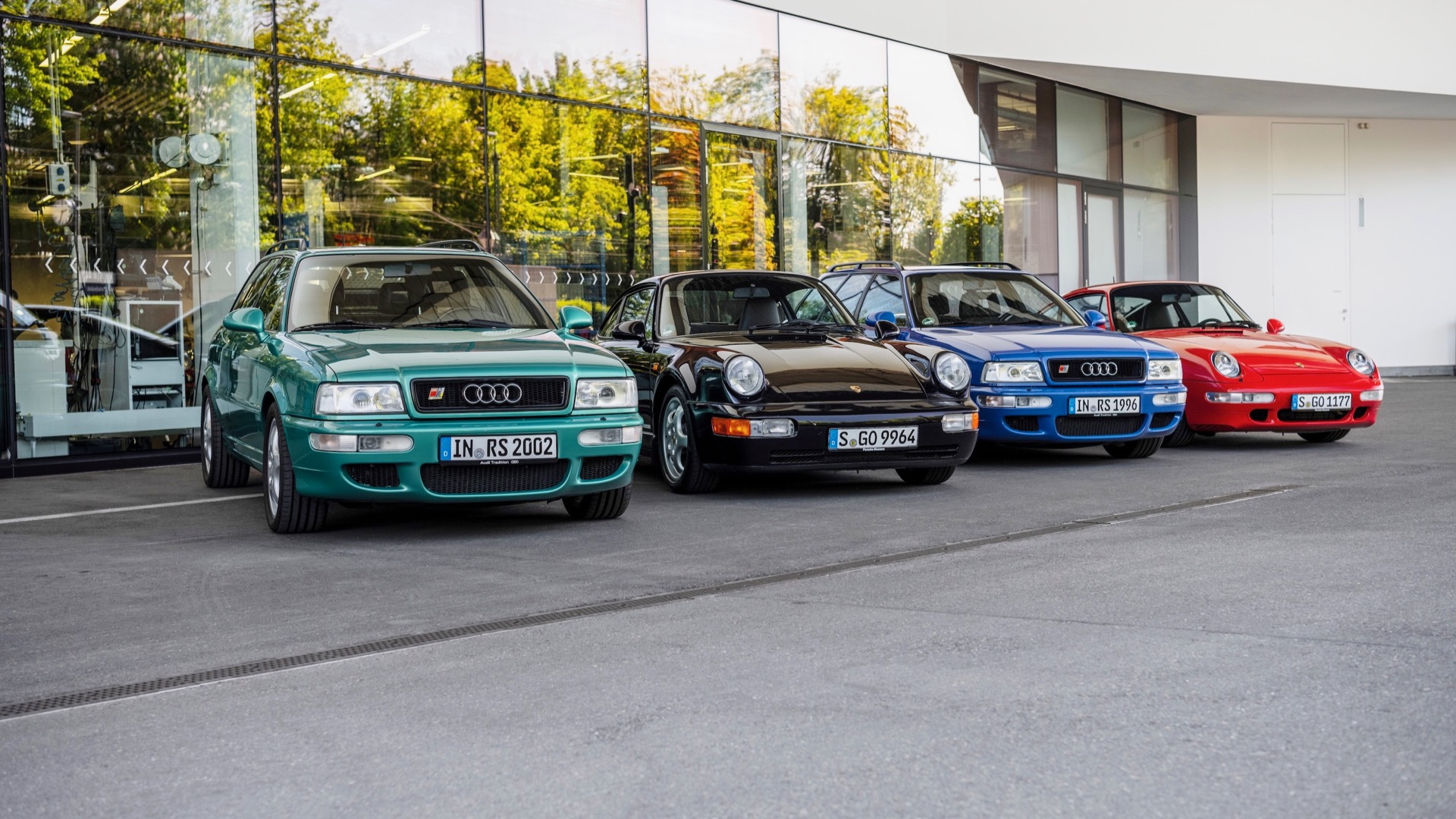 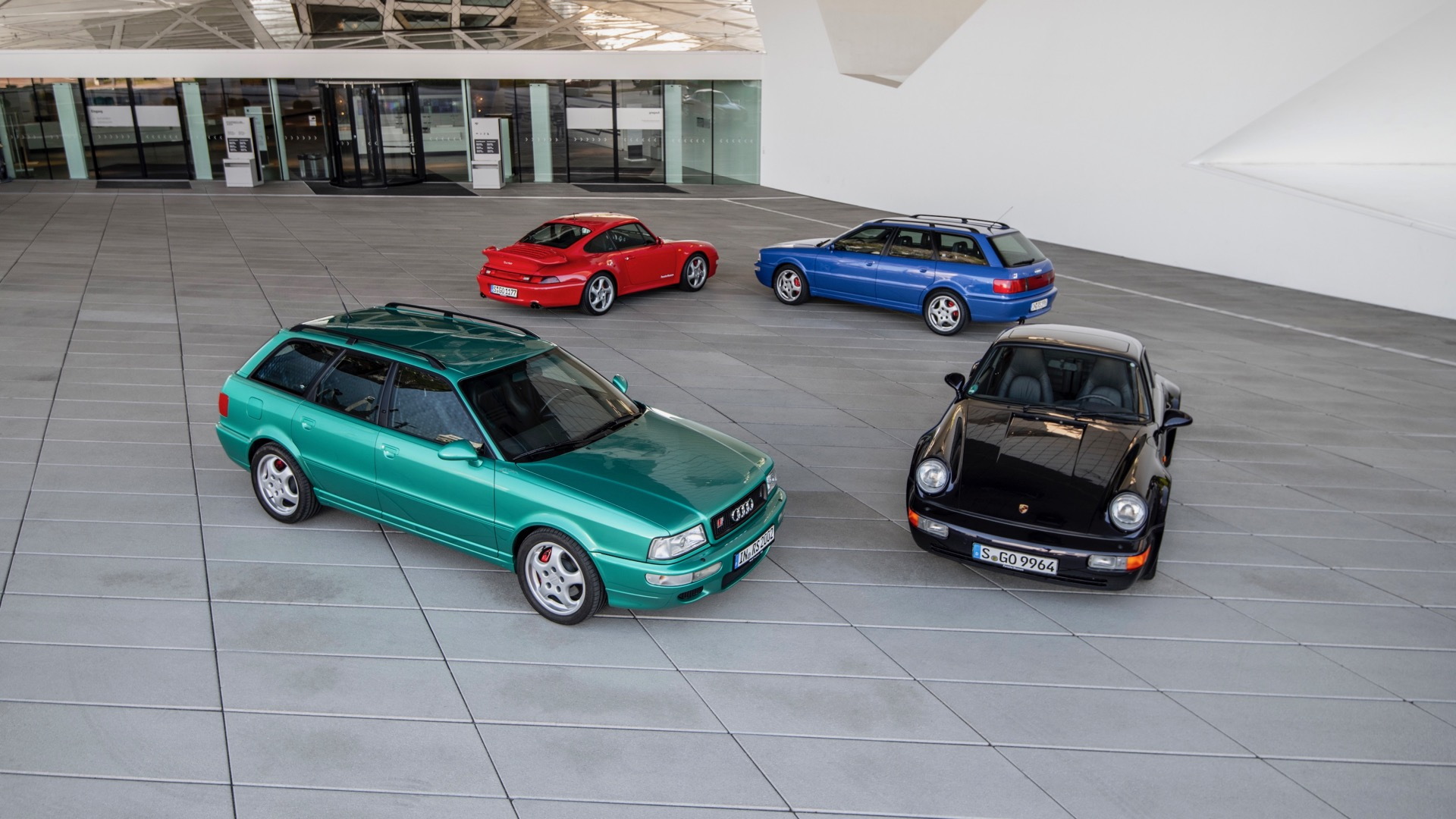 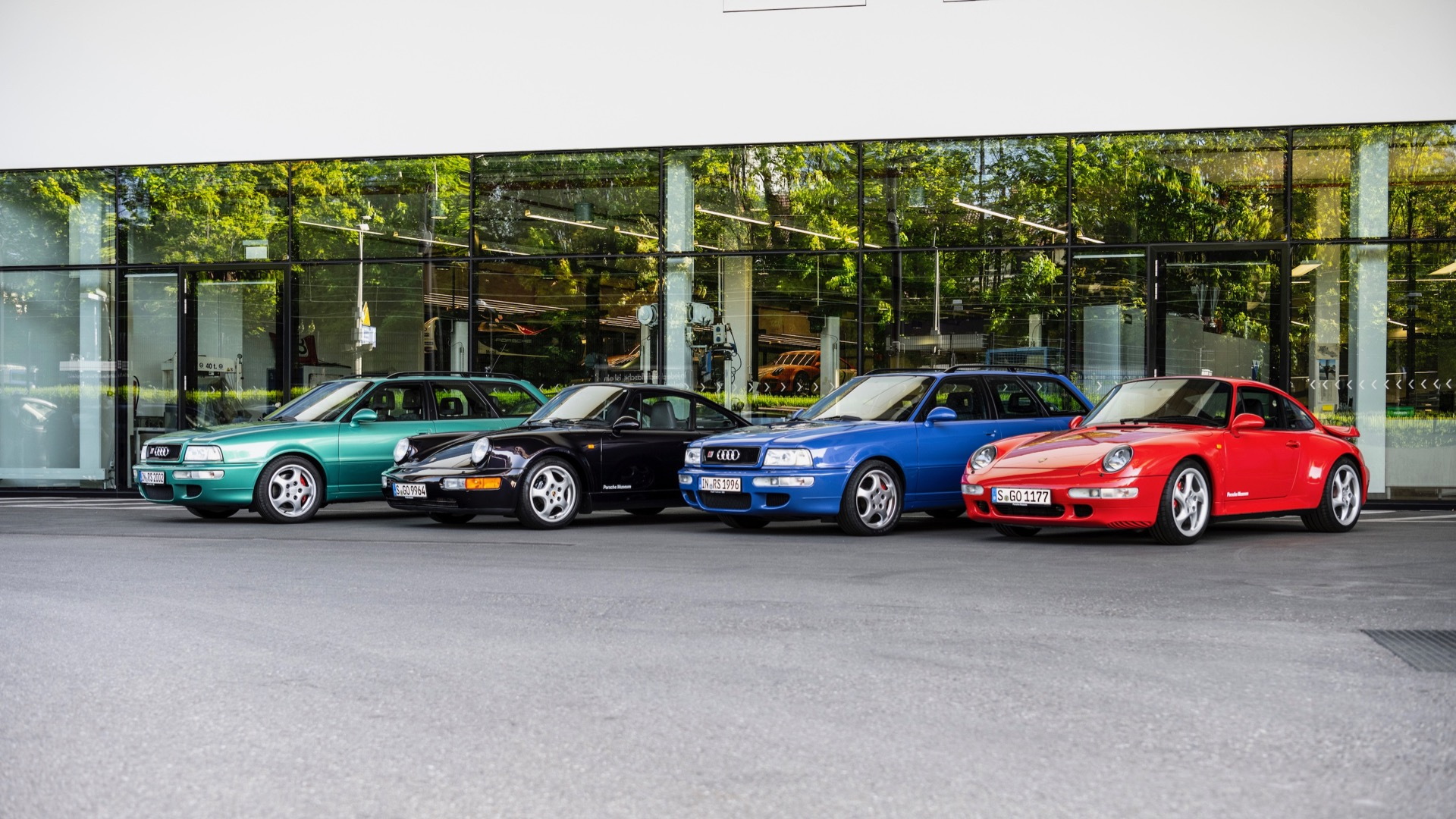 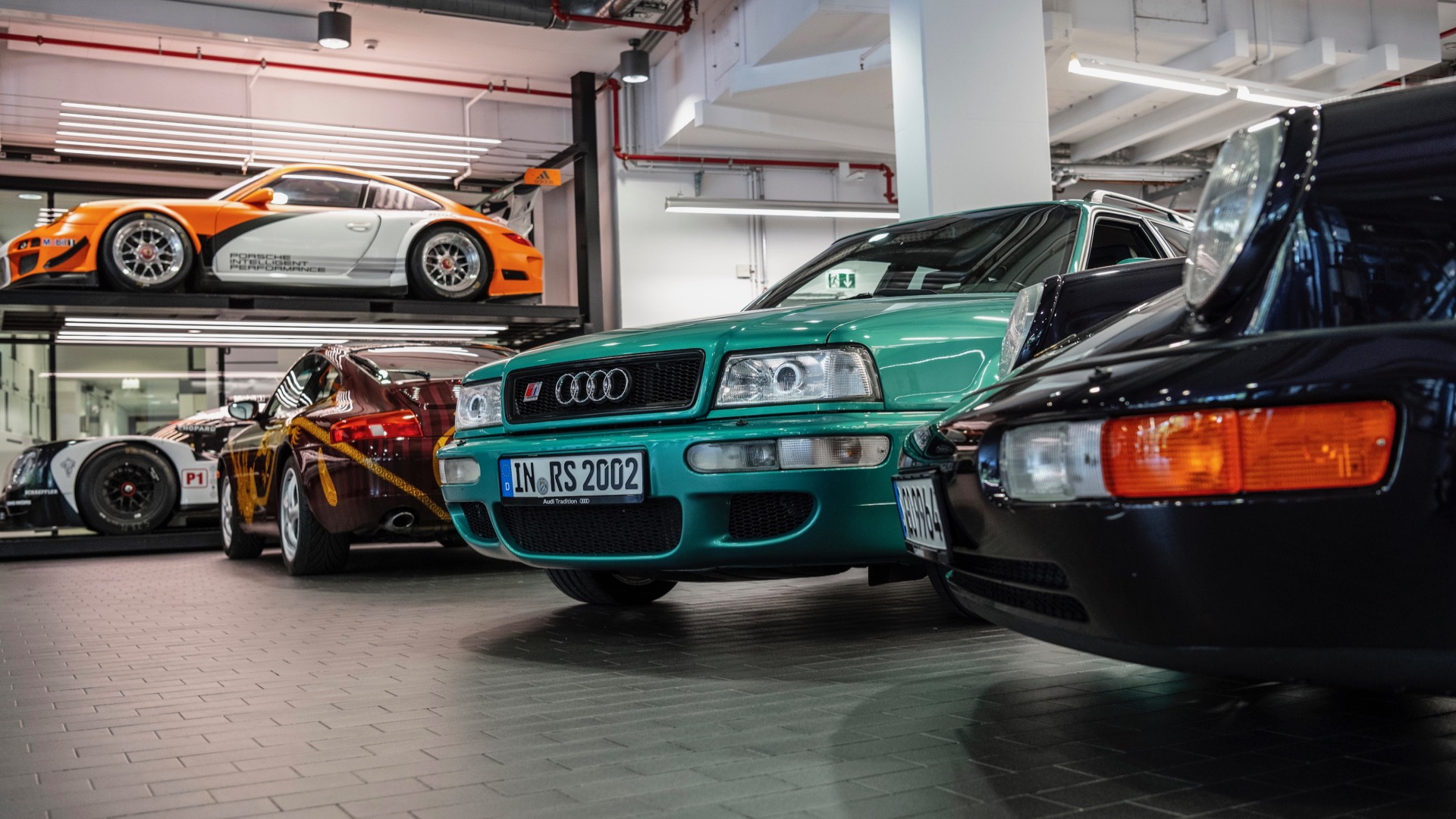 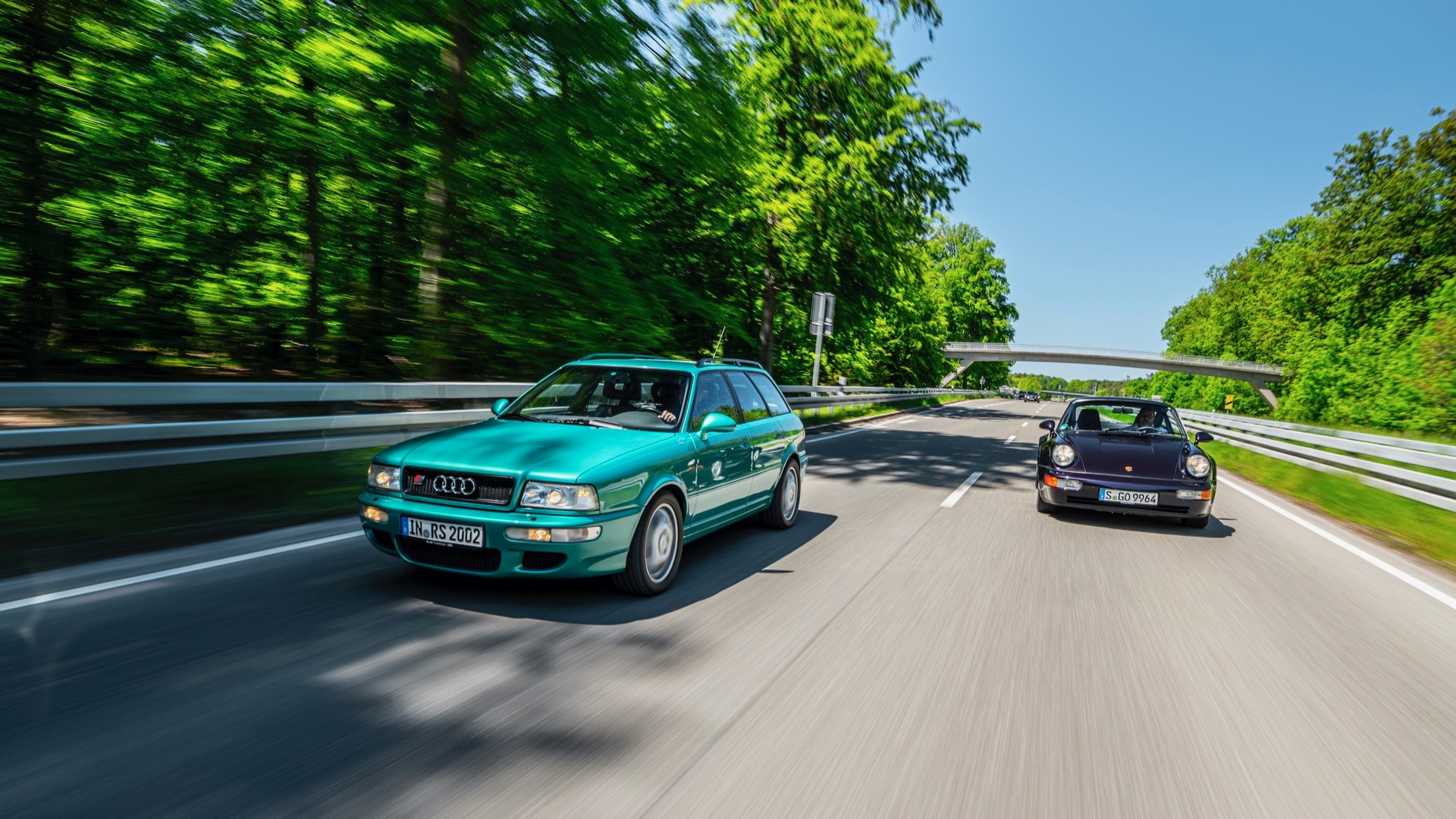 The Audi RS 2 Avant launched the automaker's RS (now Audi Sport) performance sub-brand, but the hot wagon was developed with lots of help from Porsche, as recounted in a deep dive from that firm.

Audi and Porsche are now nestled closely together under the Volkswagen Group umbrella, but prior to that Porsche sometimes took on projects for other automakers through subsidiary Porsche Engineering to bring in more revenue during lean times. A few years before the 1994 launch of the RS 2, Porsche did similar work for the Mercedes-Benz 500 E sport sedan.

About 20% of the RS 2 came from Porsche, Michael Hölscher, head of the project for Porsche, said in a statement. The automaker's influence is immediately apparent in the 17-inch Cup wheels, similar to what you got on a 964 Turbo or 968 Clubsport at the time. Other Porsche-developed components included new exterior mirrors, upgraded brakes, gauges, and door handles. Porsche also takes credit for the RS 2's front and rear bumpers.

Porsche also "fundamentally re-engineered the engine," Hölscher said. Based on the Audi 80 Avant, the RS 2 was powered by a 2.2-liter turbocharged inline-5, which produced 315 hp and 302 lb-ft of torque. The turbo-5 was harnessed to a 6-speed manual transmission, with all-wheel drive.

By choosing the Avant wagon body style, Audi avoided direct comparisons with the BMW M and Mercedes-Benz AMG models of the time, and effectively created the performance-wagon sub genre. The automaker quoted 0-62 mph in 5.4 seconds, and, because it lacked the electronic limiters of other Audis, the RS 2 Avant could also reach a claimed top speed of 163 mph.

Approximately 2,891 cars were built over a 16-month period spanning 1994 and 1995. Production took place at Porsche's Zuffenhausen factory, with Audi sending over painted body parts and any other components not developed by Porsche. The RS 2 Avant launched a line of fast Audi wagons that continues with today's RS 6 Avant, and remains popular with collectors as well.