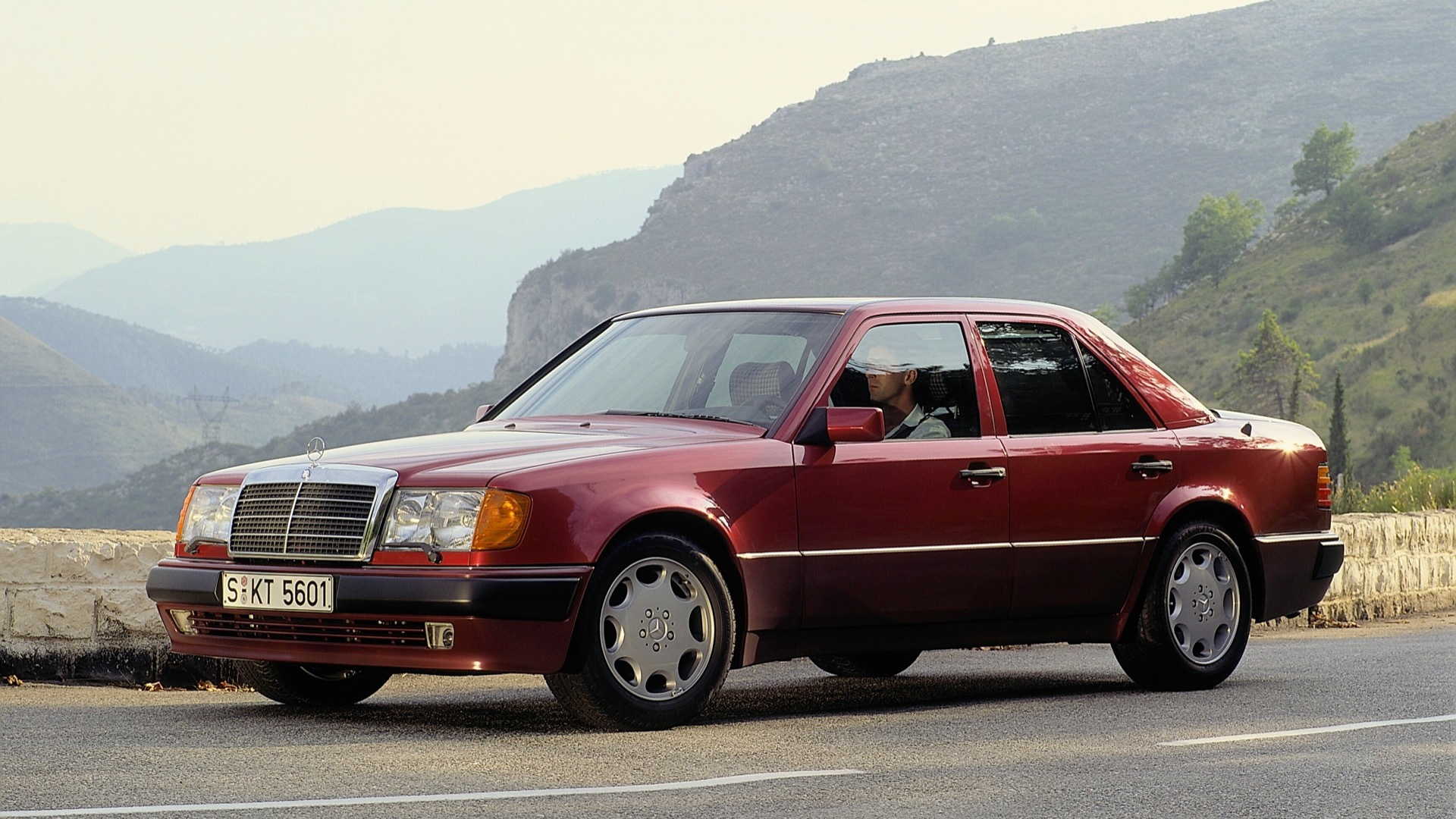 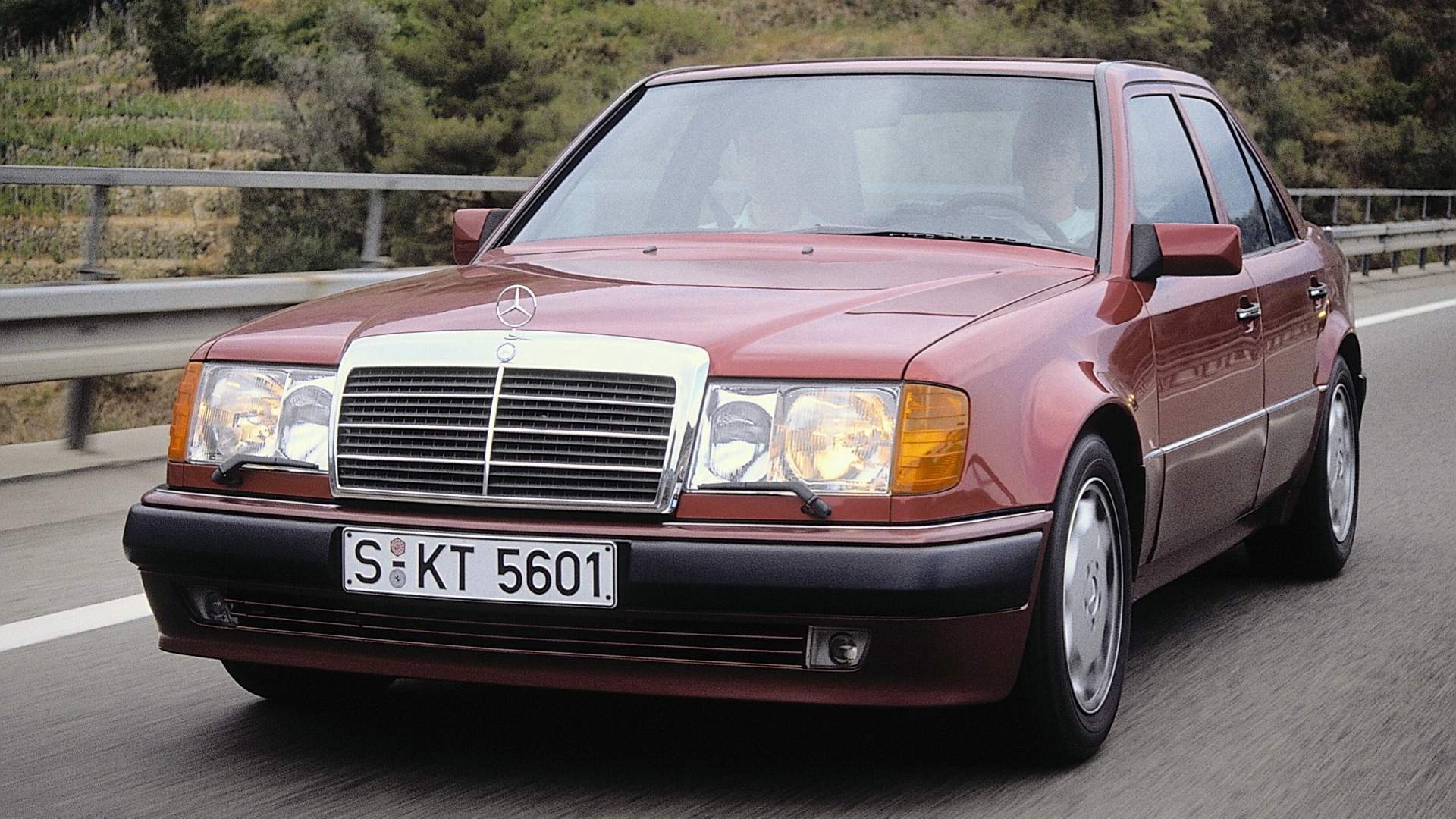 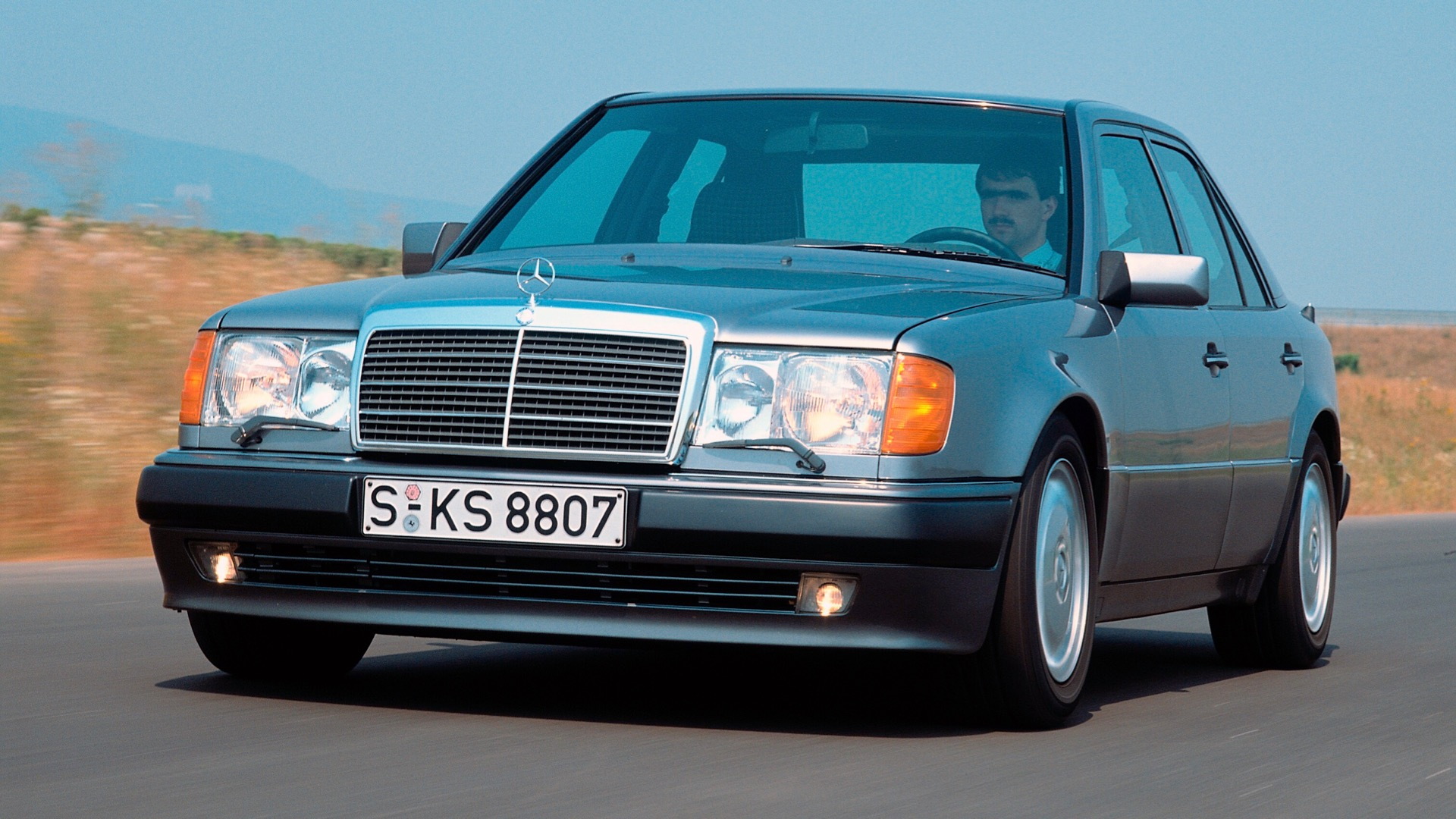 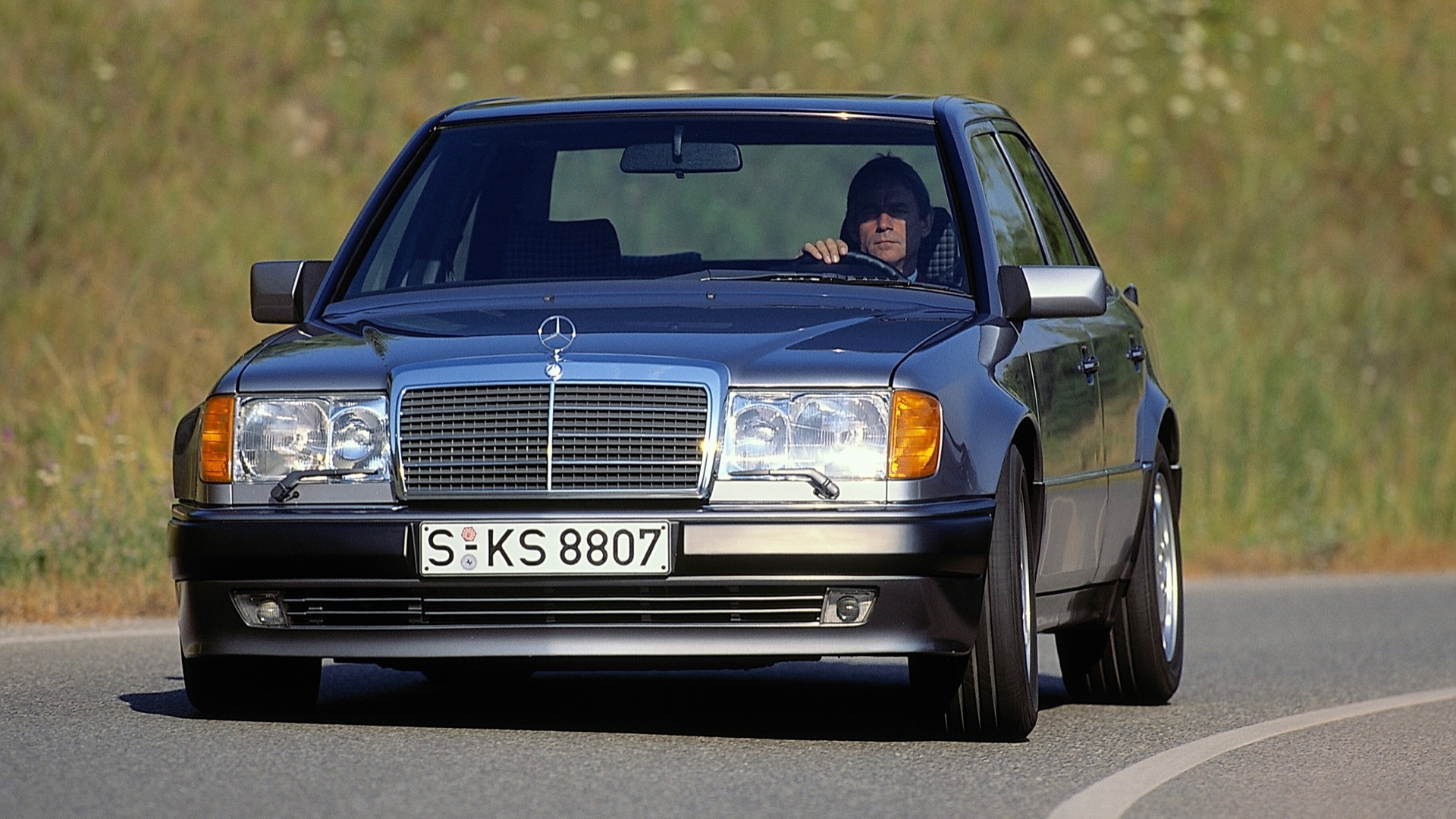 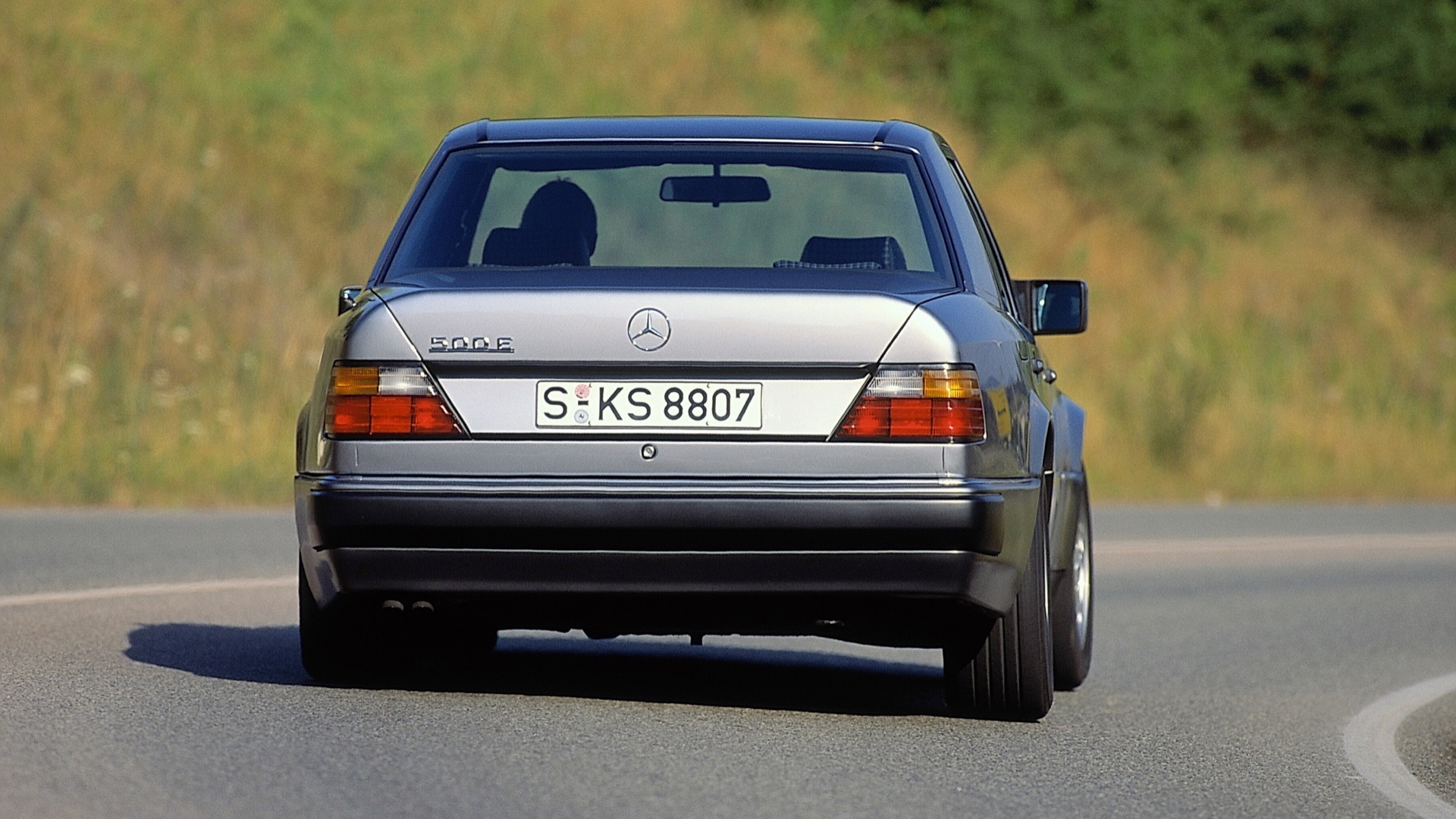 Virtually every Mercedes-Benz model gets a performance variant these days, but that never would have happened without the Mercedes-Benz 500 E, which turns 30 this year. To commemorate the sport sedan's birthday, Mercedes released a retrospective on its development.

The initial 500 E made 326 horsepower and could do 0-62 mph in 5.9 seconds, according to Mercedes. Top speed was electronically limited to 155 mph.

The 500 E wasn't the first Mercedes to follow this muscle-car template. In the 1960s, test engineer Erich Waxenberger shoehorned the 6.3-liter V-8 from a 600 limousine into a W109-body sedan (predecessor to today's S-Class) to create the 300 SEL 6.3. And before it was absorbed into Mercedes, AMG built its own V-8 W124—the Hammer.

While it set a precedent for future Mercedes-AMG sport sedans, the 500 E wasn't developed by AMG. Mercedes brought in Porsche for development work, and partnered with the firm on assembly, a complicated process that involved sending cars back and forth between Mercedes' Sindelfingen factory and Porsche's in nearby Zuffenhausen.

In Mercedes' home market of Germany, the 500 E initially cost about twice as much as a base 300 E which, along with the low-volume production arrangement with Porsche, meant only 10,479 cars were built through the end of production in April 1995. In 1993, the model was renamed E 500 as part of a change in the W124 nomenclature. In March 1994, Mercedes launched an E 500 Limited version with special trim, and production limited to 500 units.