The National Hot Rod Association (NHRA) is the latest racing sanctioning body to take a serious look at electric cars. Organizers are asking for input on how to make electric cars a bigger part of drag racing, the association announced on Monday.

The NHRA plans to host a series of meetings on the topic, beginning with one during the Gatornationals at Florida's Gainesville Raceway later this month. It's an "open invitation to interested parties to participate in an open dialogue on the topic," the organization said in a press release Tuesday.

That invitation, includes, but is not limited to, automakers, aftermarket parts suppliers, race-car builders, and safety-equipment manufacturers, the NHRA said. The organization hopes to gauge interest in electric drag racing, and discuss safety protocols for electric race cars.

"When it comes to drag racing electric vehicles, we want NHRA to be the leader, not a follower," Ned Walliser, NHRA vice president of competition, said in a statement. 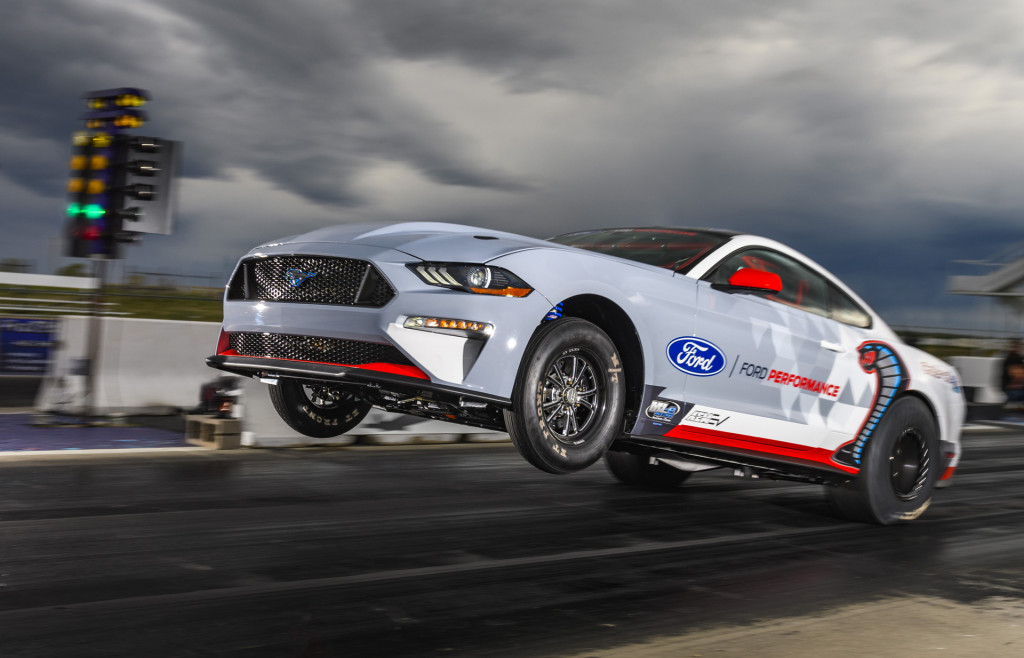 Electric drag racing is nothing new. The NHRA noted that electric cars and motorcycles have been included in its rulebook "for many years," and YouTube is full of videos of Teslas humiliating internal-combustion cars at the dragstrip. Long before Tesla, drag racing was a major outlet for homebuilt EVs, with cars like the "White Zombie" 1972 Datsun 1200 showing the potential of electric power.

However, the NHRA believes now is the time to get more invested in EVs, hoping it will bring in a younger demographic and dovetail with automaker efforts to electrify road cars. While this might make room for a class of cars like the Chevrolet eCOPO Camaro and Ford Mustang Cobra Jet 1400 prototypes, don't expect electric cars to replace traditional dragsters anytime soon.

"We certainly have no intentions of abandoning our current platform, which has proven to be extremely popular with racers and fans alike," Walliser said.

Like road cars, race cars are slowly getting greener. Formula E has carved out a niche for electric single-seater racing, and is adding the Extreme E off-road racing series. Formula One already uses hybrid powertrains, and IndyCar plans to follow suit in 2023 (one year later than planned due to coronavirus delays). NASCAR is also considering hybrid powertrains.