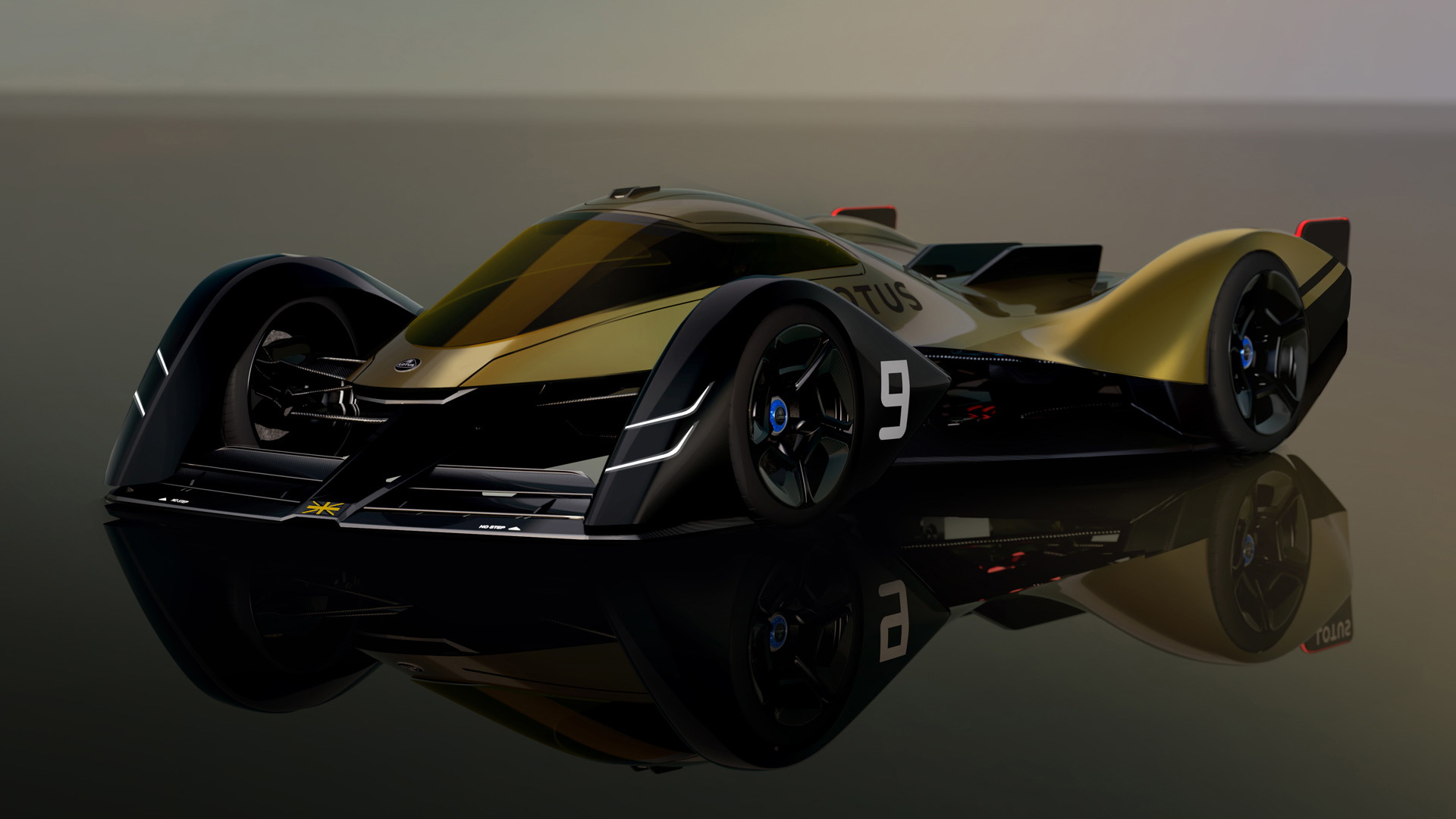 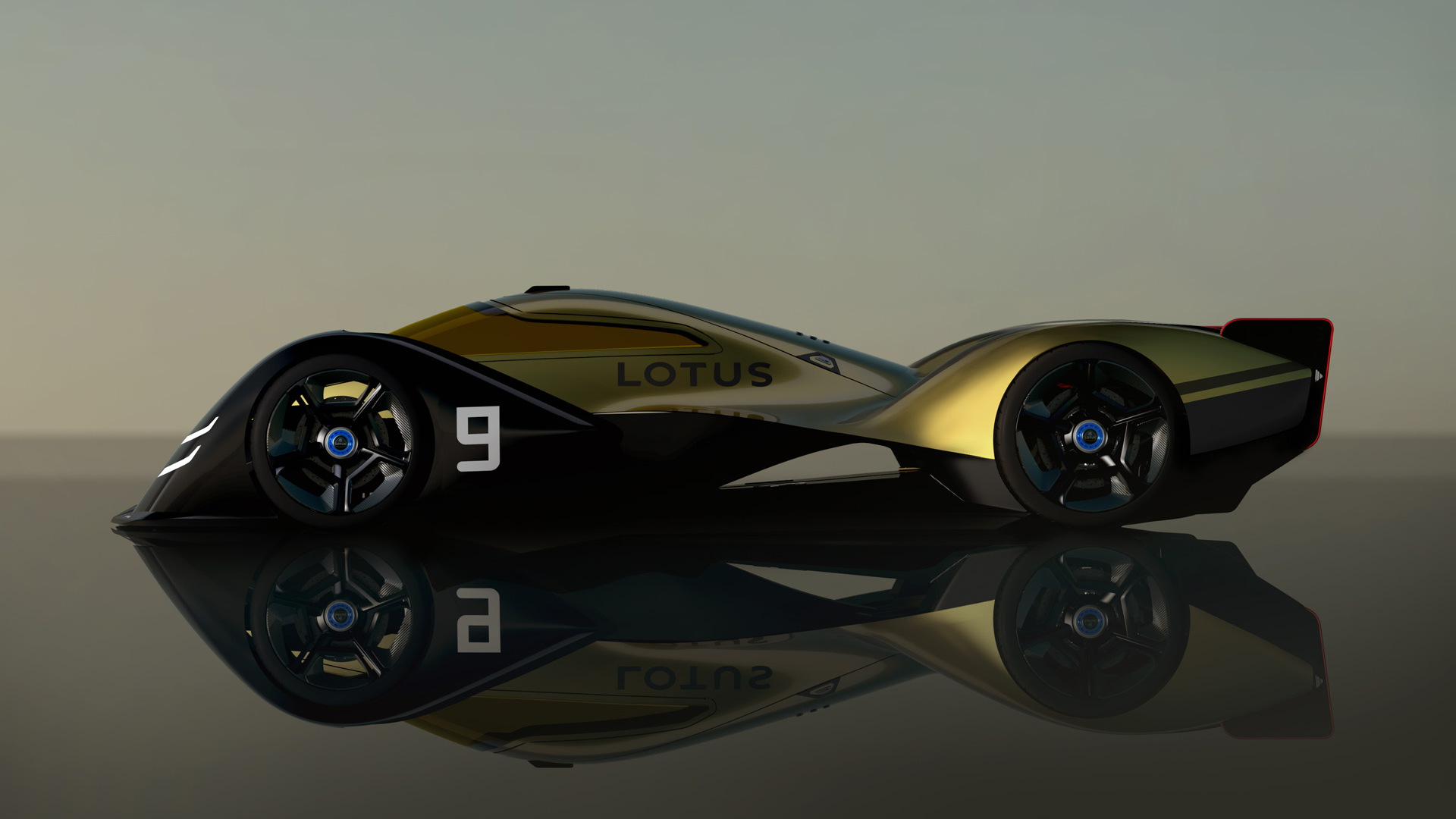 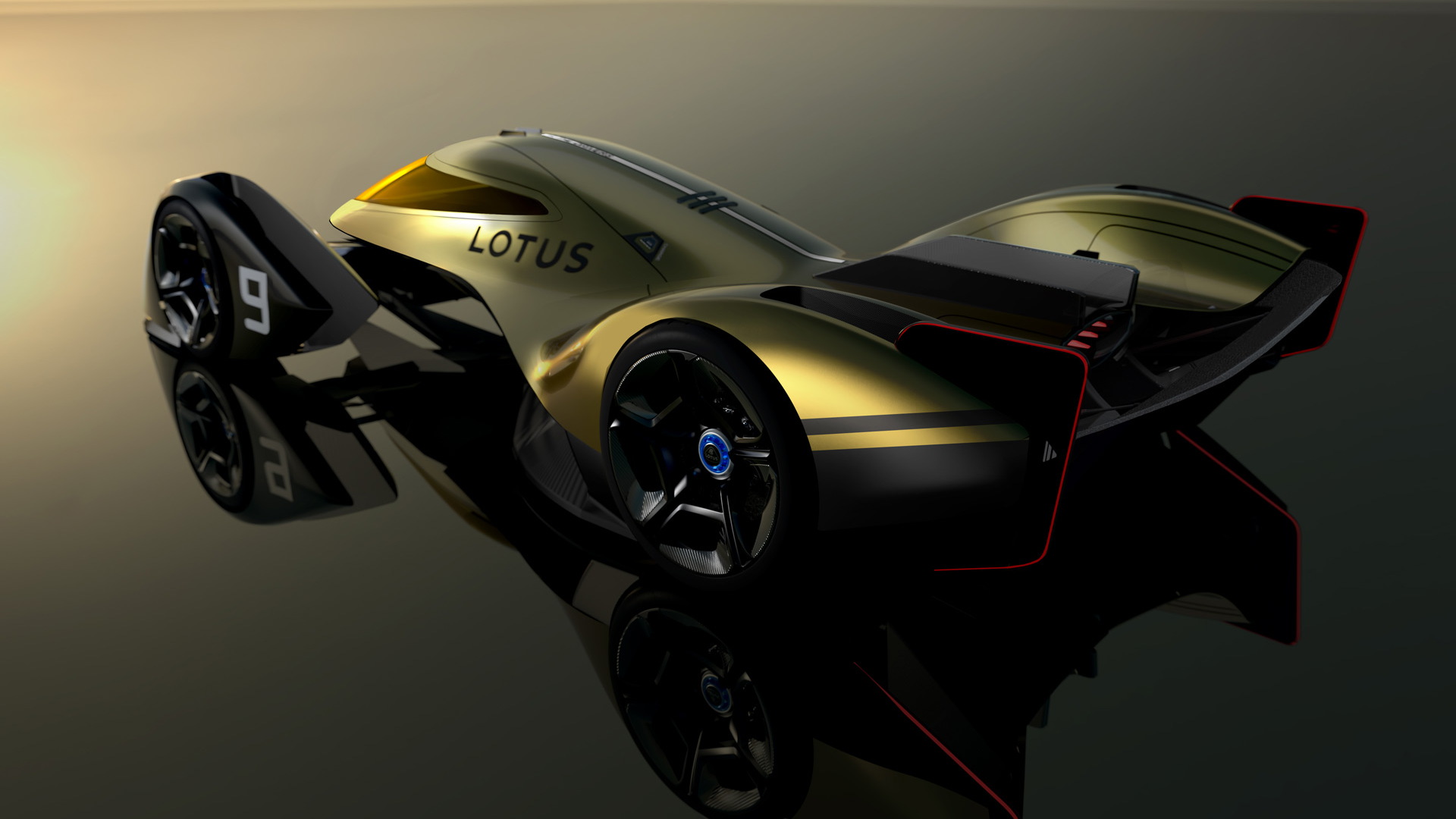 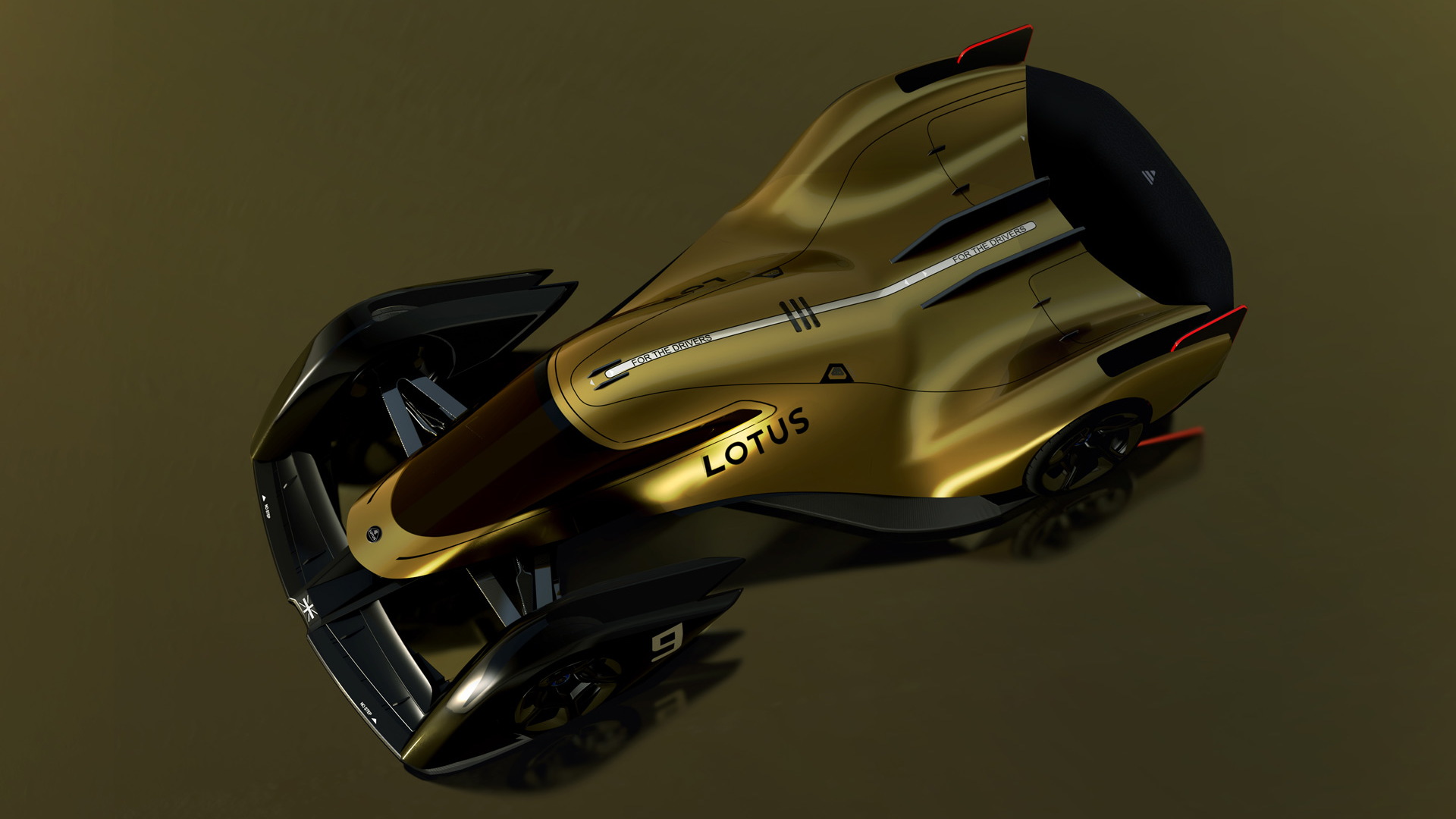 The result is the E-R9, a sleek racer in the shape of a delta wing and powered by an electric powertrain. It's also fitted with morphing body panels that can adjust aerodynamic properties.

The E-R9's powertrain features an electric motor driving each wheel. A similar setup will power the Lotus Evija hypercar entering production later this year, though in the E-R9 the driver can adjust the torque distribution. The E-R9 also features what Lotus refers to as a “mixed cell chemistry battery,” designed to deliver a combination of high range and power density.

As for the morphing body panels, these can change their shape and angle, either via instruction from the driver or based on performance sensor inputs. Thanks to the morphing panels, the body can help to reduce drag on the straights and generate downforce in the corners. Vertical surfaces at the rear can also generate aerodynamic forces to help the car change direction, just like a rudder of a boat or airplane.

While designing the concept was probably a lot of fun for the team at Lotus Engineering, there was a more serious reason for the project. It serves as a showcase of the capabilities of Lotus Engineering, particularly in the areas of aerodynamics and electric powertrains.

Lotus Engineering was recently relocated to a new facility located at the University of Warwick in Coventry, United Kingdom. Among the projects the division is currently working on is a new electric sports car platform that will spawn models for both Lotus and France's Alpine later this decade.