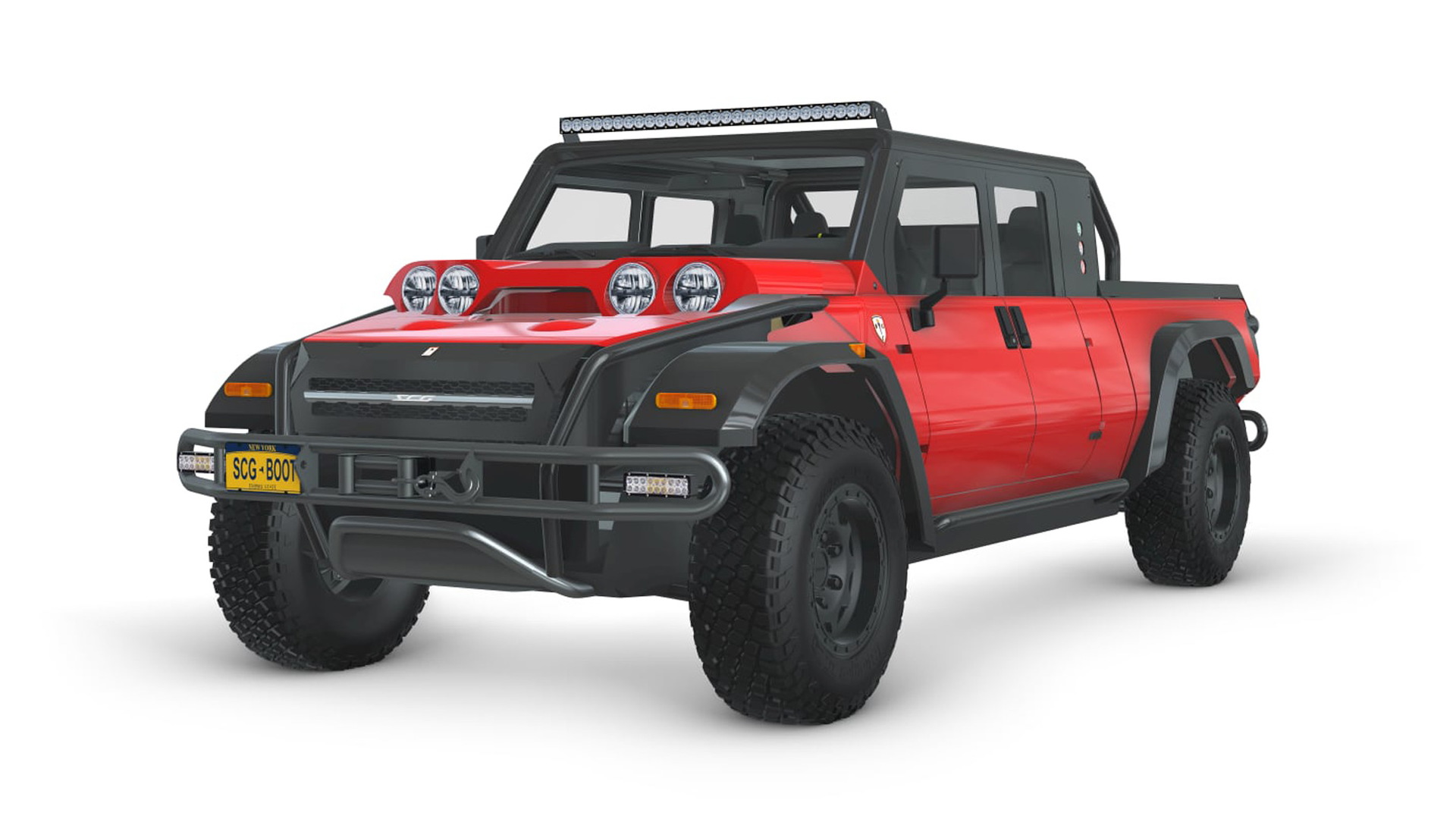 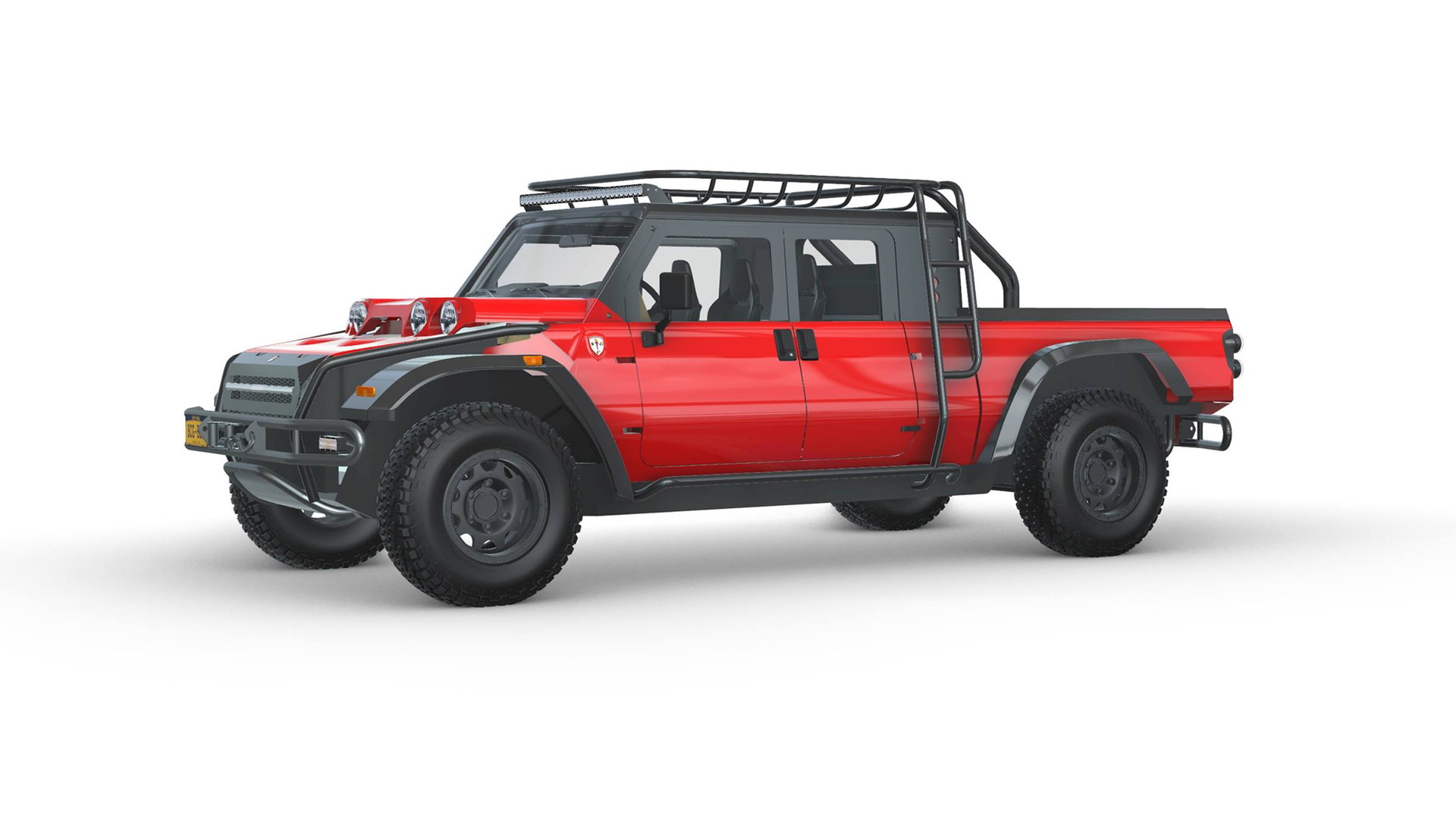 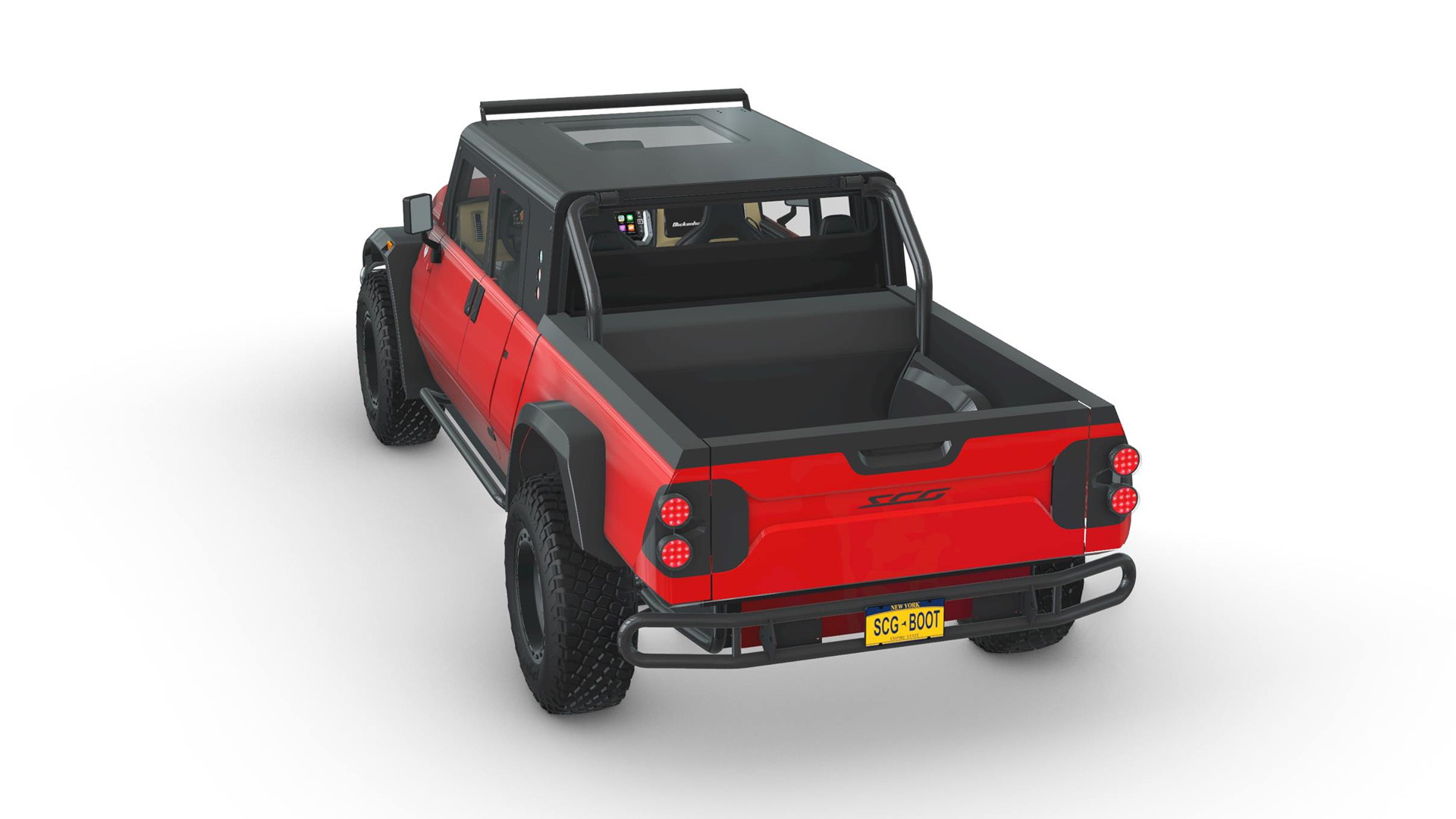 But rather than being a pure flight of fancy, it seems the American sports car manufacturer and race team is seriously considering the idea of launching a vehicle that runs on hydrogen.

That's because SCG on Wednesday posted the first images of a hydrogen-powered vehicle that looks a lot more practical than the previous supercar. It's called the 010 Zero, and it's essentially SCG's Boot off-roader with a pickup body and hydrogen fuel cell. 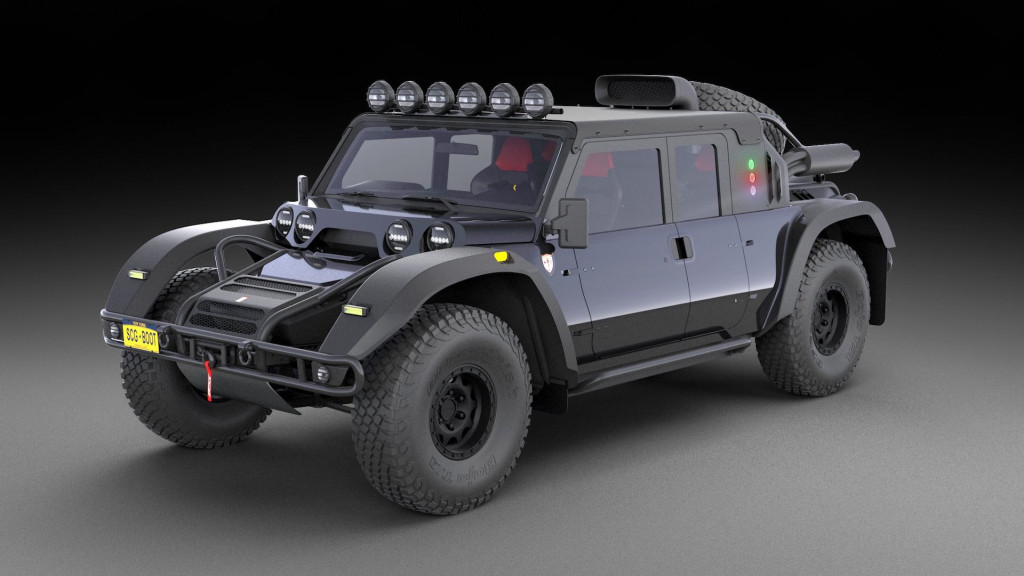 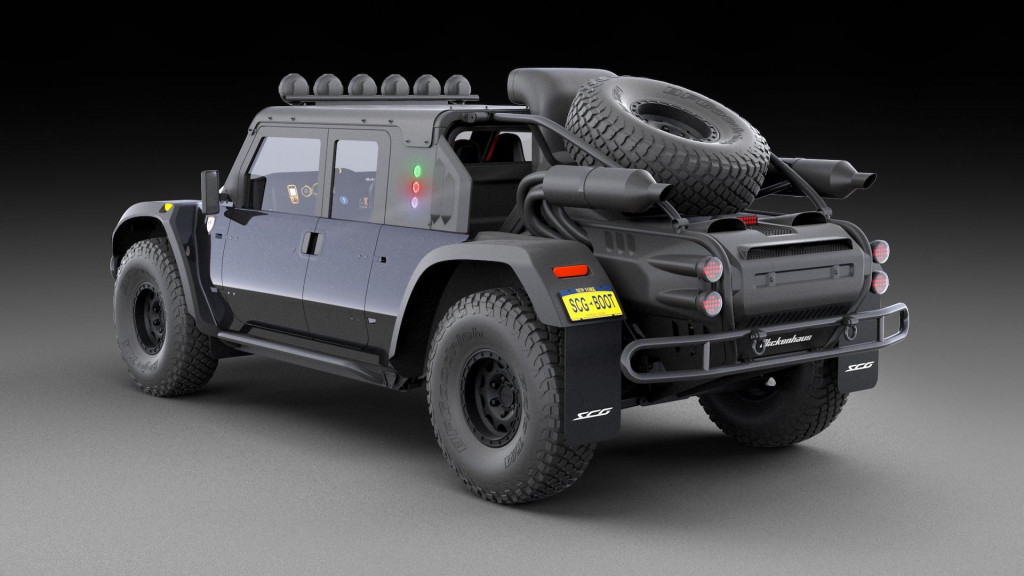 SCG is short on details but the fuel cell is likely powering electric drive systems at each axle. Claimed specs for the 010 Zero include a range of 1,000 miles on a fill of hydrogen and a gross vehicle weight rating of 12,000 pounds.

Fuel cells combine hydrogen with oxygen from the air to form electricity which can then power an electric drive system. The only byproduct is water but actually finding a place that sells hydrogen remains a challenge. There are only a handful of stations in the whole country that supply hydrogen, and these are limited to just two states: California and Hawaii.

While we might not see the 010 Zero built for some time, it's possible SCG is exploring more options for the regular Boot, though a pickup body style might be difficult to implement as the engine is mounted at the rear. The standard engine in the Boot is a 6.2-liter V-8 and buyers seeking more power (650 hp to be exact) can opt for a 6.2-liter supercharged V-8.