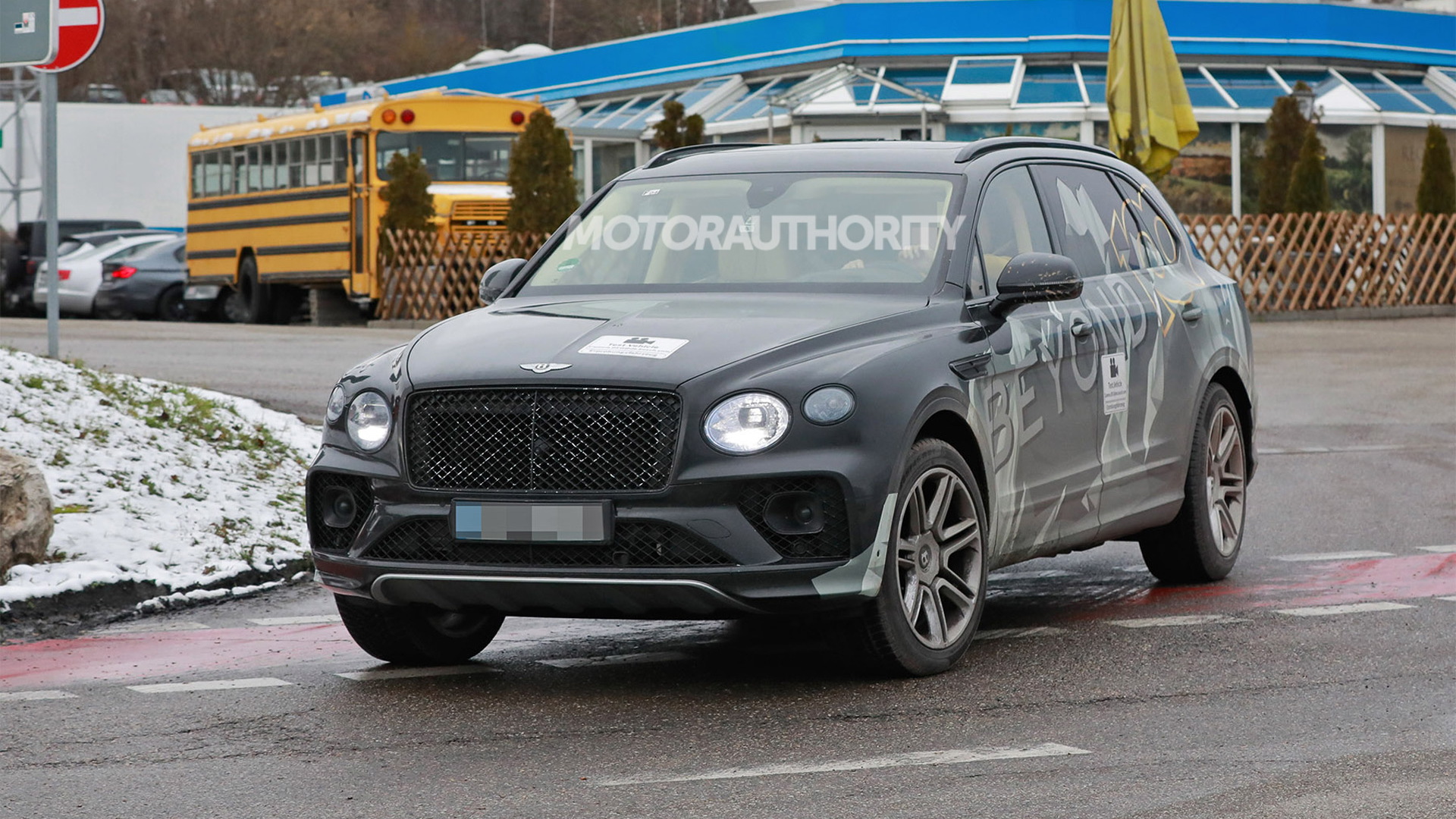 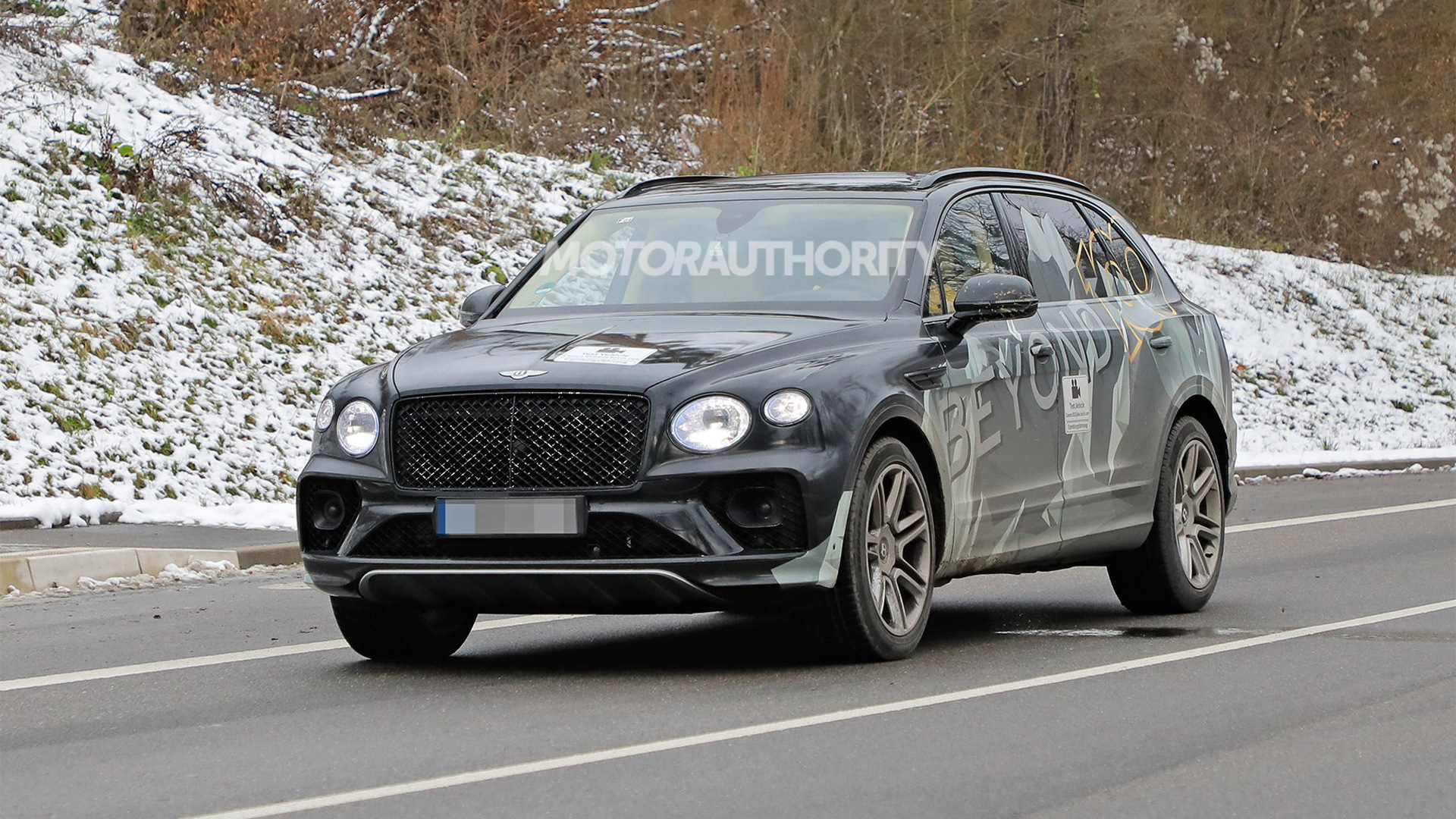 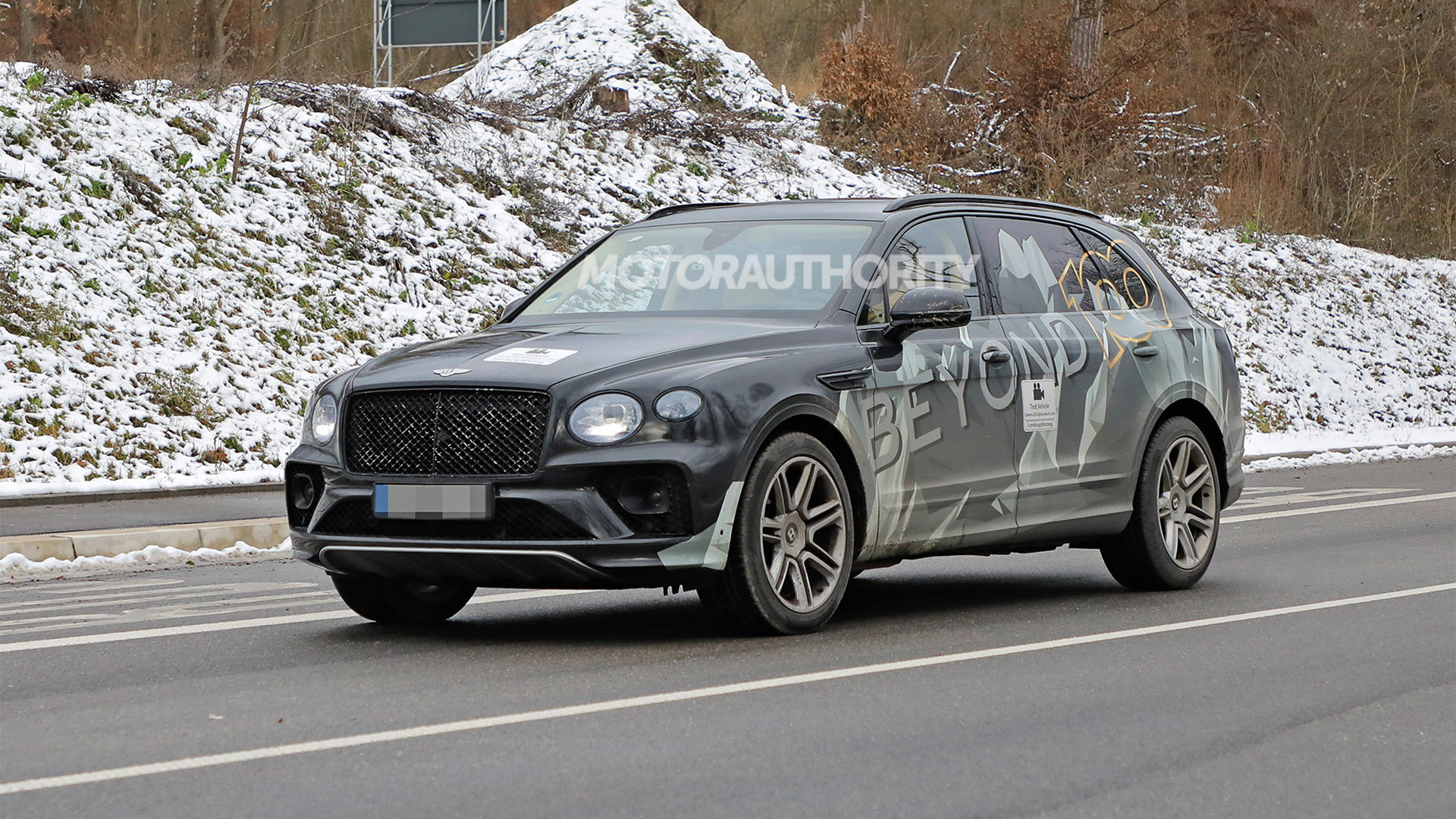 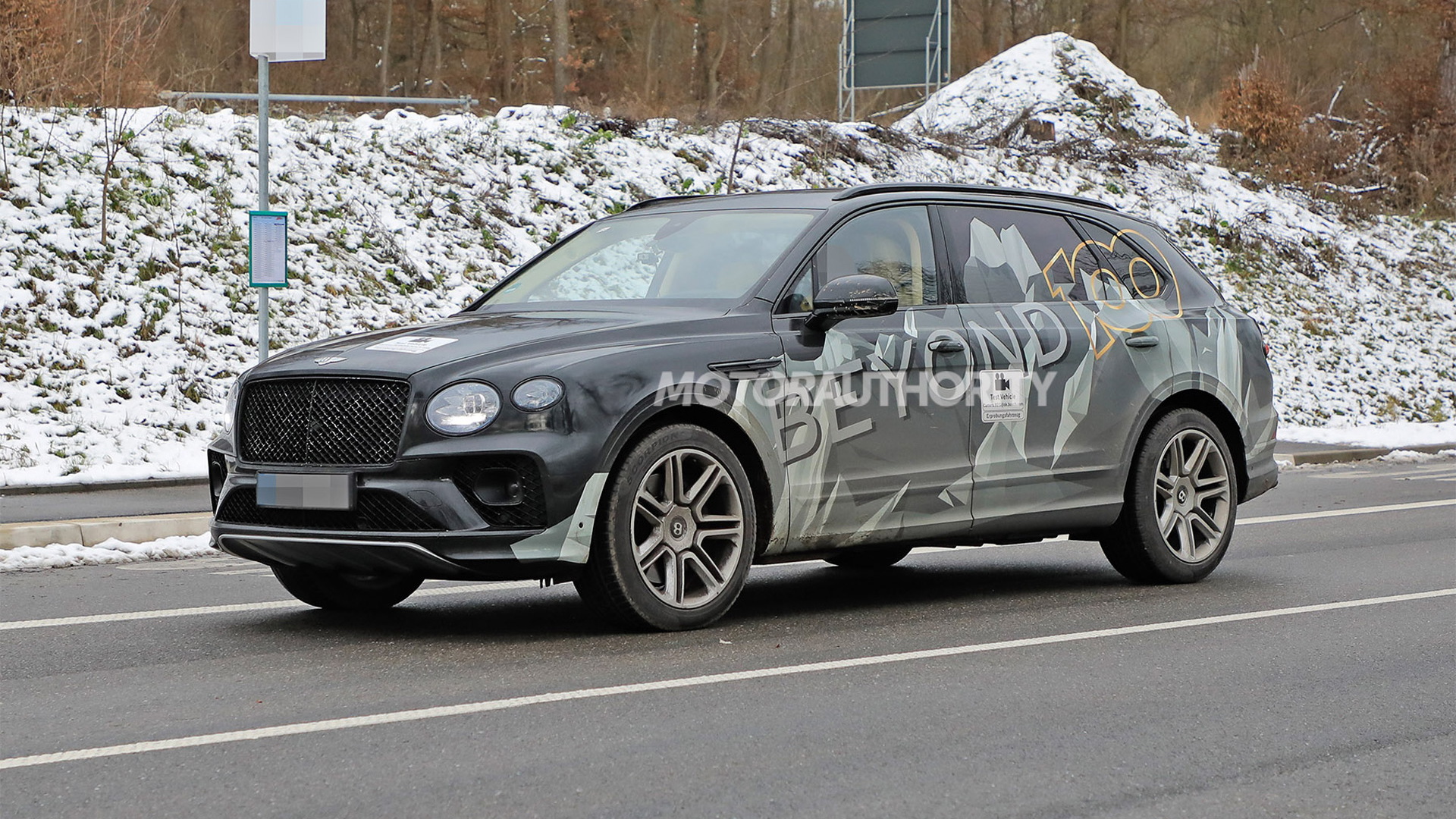 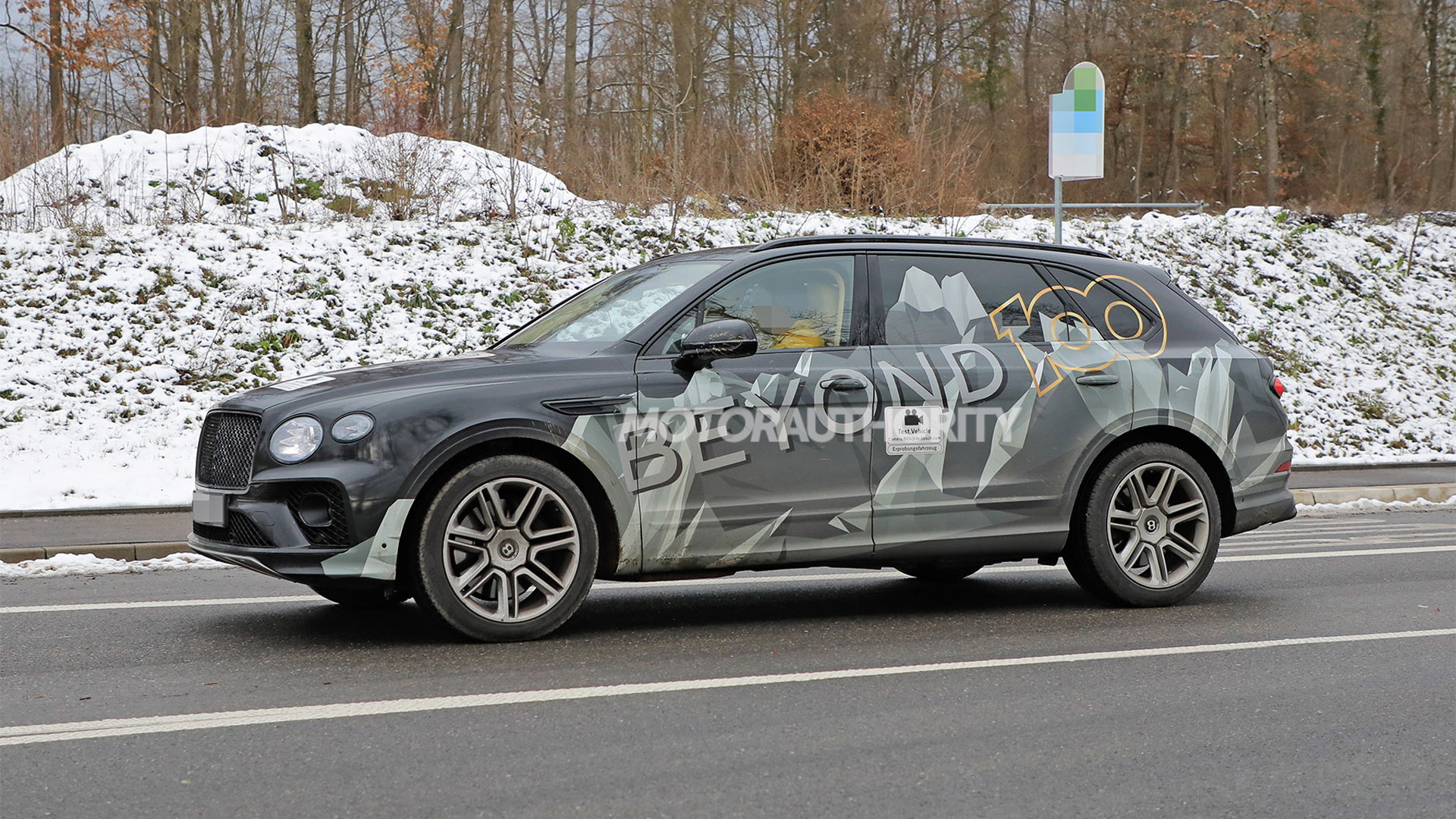 Bentley has updated its Bentayga for 2021, giving the SUV a new look and the latest in in-car technology.

Now the automaker is working on a long-wheelbase version, a prototype for which has just been spotted. The stretched wheelbase can clearly be identified by the longer rear doors.

And in case you're wondering, the “Beyond 100” script that forms part of the camouflage material is a reference to Bentley's centennial in 2019.

The stretched SUV isn't confirmed for the United States and there's a good chance we may not see it here. Long-wheelbase models tend to be popular in China where a lot of owners choose to ride in the back instead of doing the driving themselves, which is why many automakers offer long-wheelbase versions of sedans and SUVs exclusively in China.

We can't see inside so it isn't clear how many seats are fitted. It's possible that we could be looking at an extra-plush version with just four seats instead of the standard five, an option that Bentley started offering on the Bentayga in 2020. The Bentayga also offers seven seats thanks to a third-row option that was added in 2019.

Look for the long-wheelbase Bentayga to debut later this year.

Here in the U.S., Bentayga buyers can choose from a V-6-based plug-in hybrid powertrain, twin-turbocharged V-8 or twin-turbocharged W-12. The W-12 can be ordered in a Bentayga Speed model where it delivers 626 hp, instead of the standard 600-hp rating.