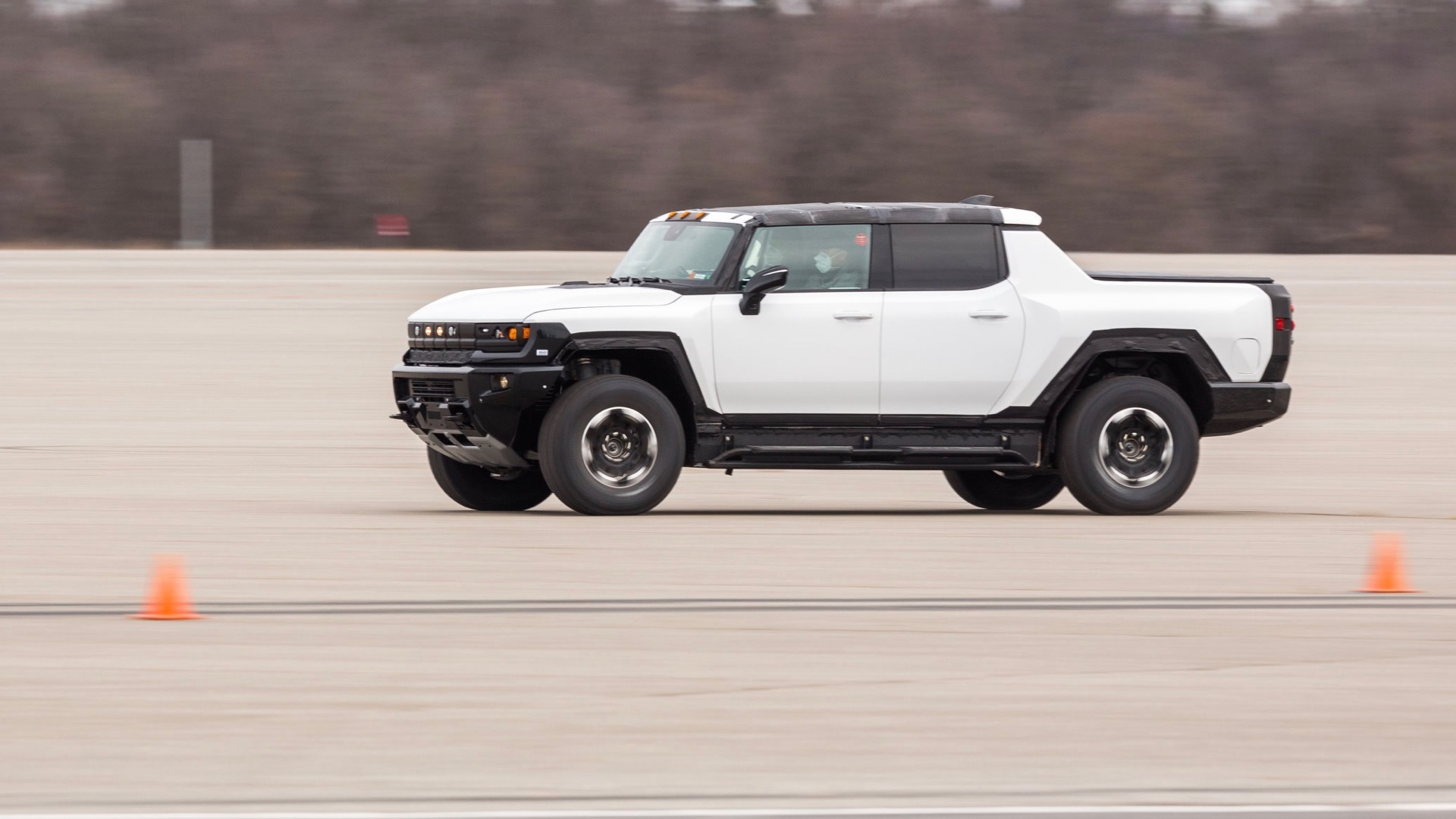 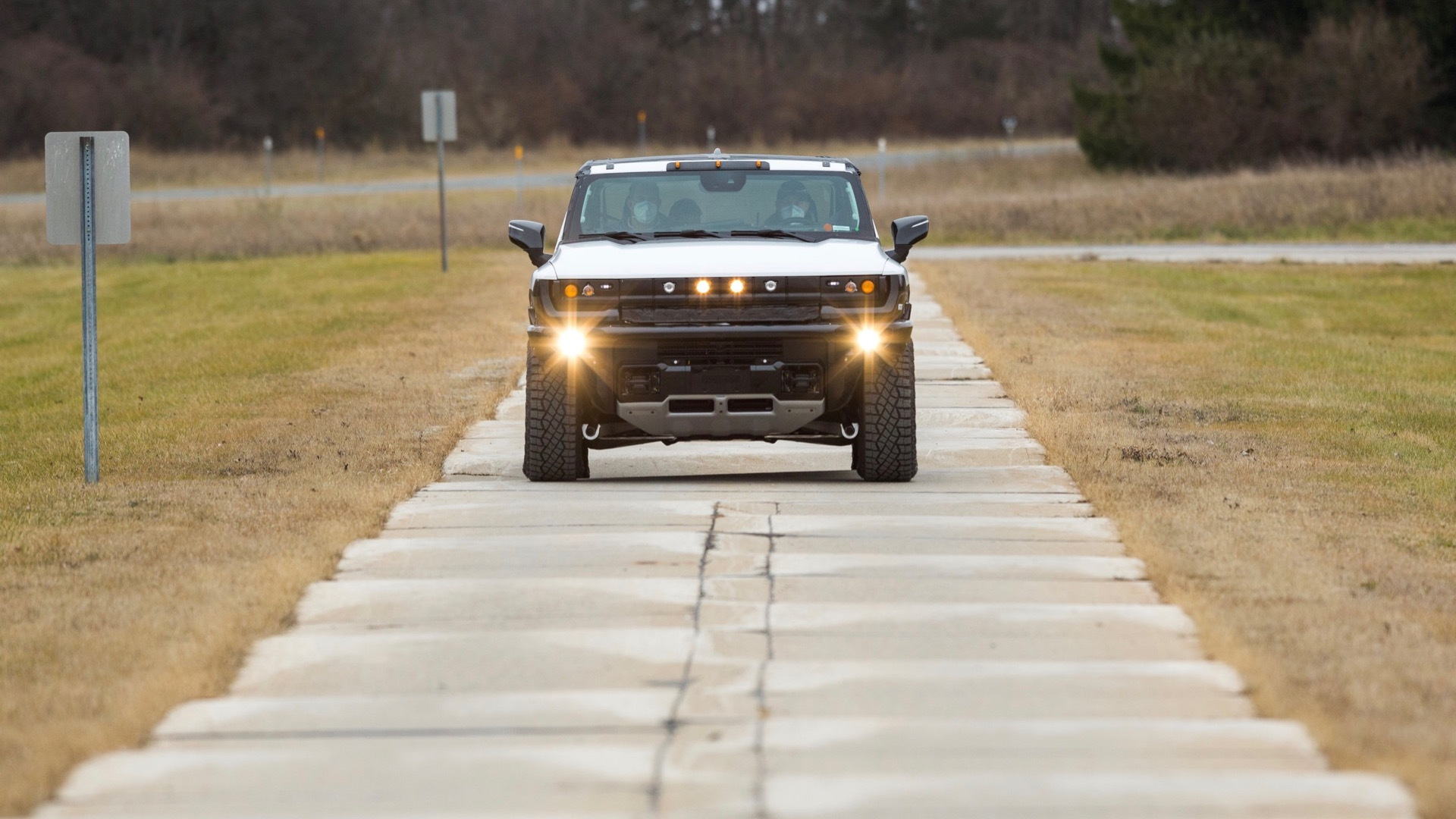 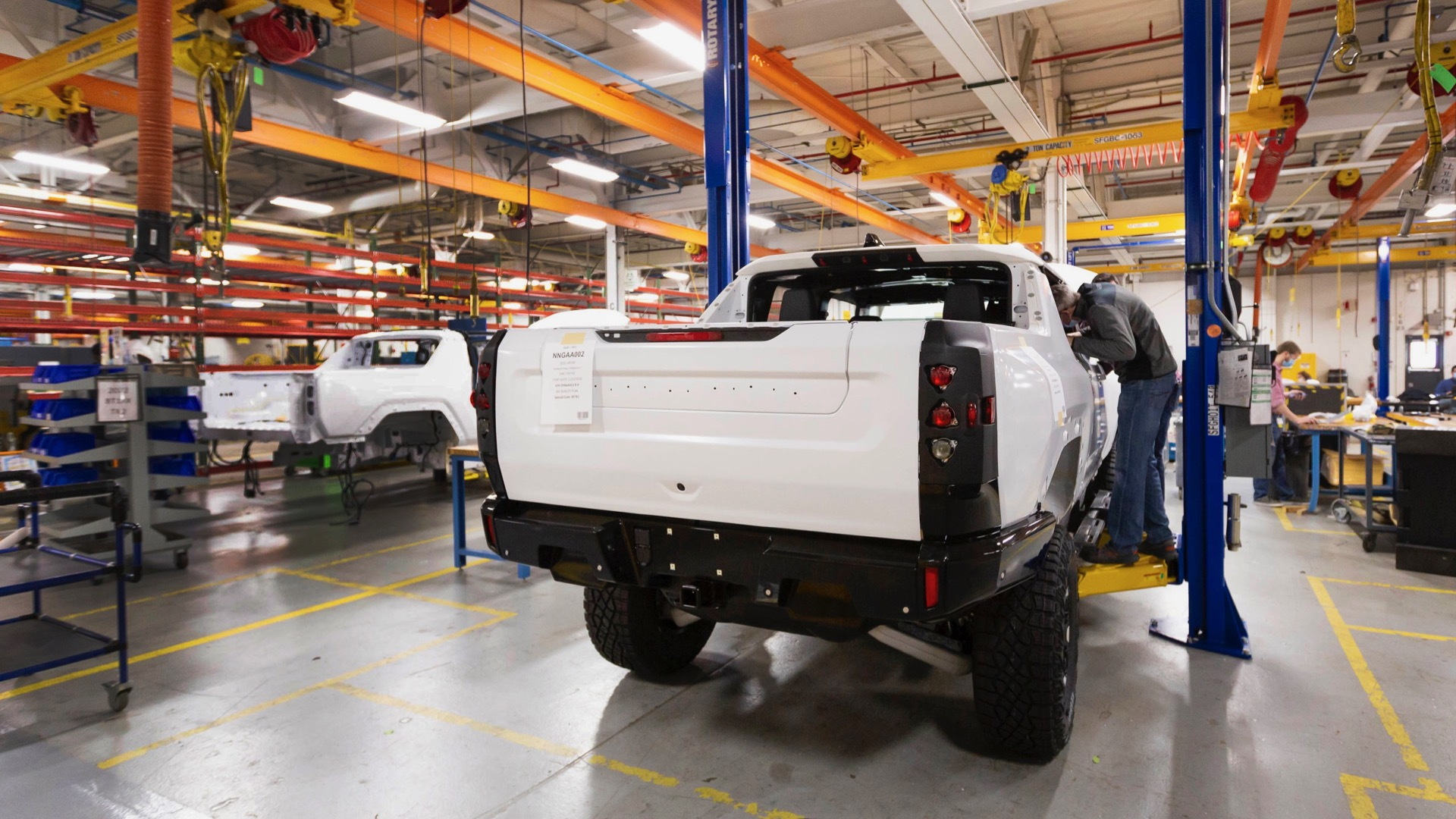 A single running prototype of the 2022 GMC Hummer EV is now testing at General Motors' Milford Proving Grounds in Michigan. It's part of an accelerated development program GM has indicated will be the template for future vehicles.

After the automaker released photos and video of the running prototype on Tuesday, GMC spokesperson Tara Stewart Kuhnen confirmed to Motor Authority that it's the sole prototype, for now.

“Right now there is one in Milford that is about to head up north, and there are others that will be in quick succession," she said. A second prototype body is visible behind the completed prototype in one of the photos.

GMC is undertaking a crash development program with the Hummer EV. The project was only approved in spring 2019, and the vehicle shown here is the first fully-functional prototype (a non-running display vehicle and CGI imagery were used for the October unveiling). Yet GMC hopes to start production in fall 2021.

That accelerated pace was made possible by "extensive virtual testing, which will be a hallmark of GM programs moving forward," a GMC press release said. This allows for more extensive development work than physical testing alone, Kuhnen told Motor Authority.

While the Hummer EV likely has the most aggressive timetable, GM is also looking to speed up the launches of other electric vehicles.

At a presentation last month, GM said it had accelerated the launch of a Chevrolet pickup by 11 months, and a Chevy crossover by 21 months from their original schedules. GMC's second electric pickup has been bumped up by 40 months, the automaker said.

The Cadillac Lyriq electric crossover has also been moved up by nine months, meaning it will likely launch a few months after the Hummer EV, in the first quarter of 2022.