The 2020 Formula One World Championship continues this weekend with round eight, the Italian Grand Prix, taking place at the Autodromo Nazionale Monza.

The Italian race, like the British Grand Prix, has been on the F1 calendar since the inaugural 1950 season. It's been held at Monza, located just outside of Milan, every year except 1980, when it was held at the Autodromo Internazionale Enzo e Dino Ferrari located at Imola.

With the demise of the original track layout of the Hockenheimring in Germany, Monza remains the only historic high-speed track still hosting an F1 race. In the old days, there were no chicanes on the long straights making for some incredibly close racing, with dozens of overtaking moves every lap thanks to the slipstreaming effect.

Today, Monza's track layout consists of a series of straights and some tight chicanes, with drivers typically spending over 75% of the 3.6-mile lap at full throttle, delivering the fastest average speed of the season and reaching more than 200 mph at no less than four sections. 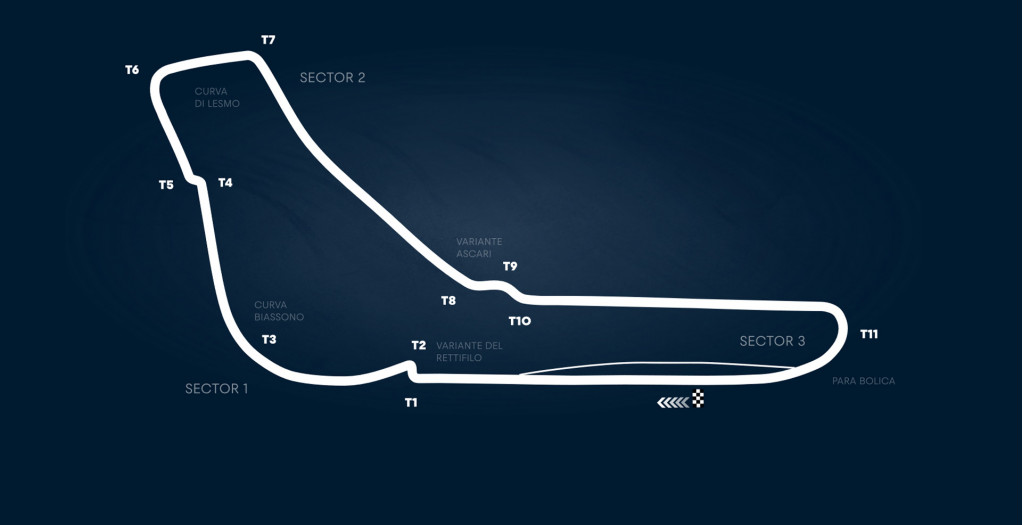 As a result, cars are set up for low downforce to maximize their top speeds. This in turn makes them more dependent on the mechanical grip from the tires to provide grip through the corners. Pirelli has nominated its C2, C3 and C4 compounds, the same as last year.

The weather at Monza this time of year tends to be hot, which is good as the long straights mean the tires can cool too much when the weather is milder. The forecast calls for hot and sunny conditions during both Saturday's qualifying session and Sunday's race.

Following an early practice session on Friday, Mercedes-AMG's Valtteri Bottas was the fastest, followed by fellow Mercedes driver Lewis Hamilton and Red Bull Racing's Alex Albon. Red Bull's other driver, Max Verstappen, crashed during the session. He spun going through the Ascari Chicane, and eneded up running over the curbs and into the gravel before finally being stopped by the barriers. After some repairs, he was back out later on the day.

Going into the weekend, Hamilton leads the 2020 Drivers' Championship with 157 points. Verstappen is second with 110 points and Bottas is third with 107 points. In the Constructors' Championship, Mercedes leads with 264 points versus the 158 of Red Bull and 68 of McLaren. Last year's winner at Monza was Charles Leclerc driving for Ferrari.