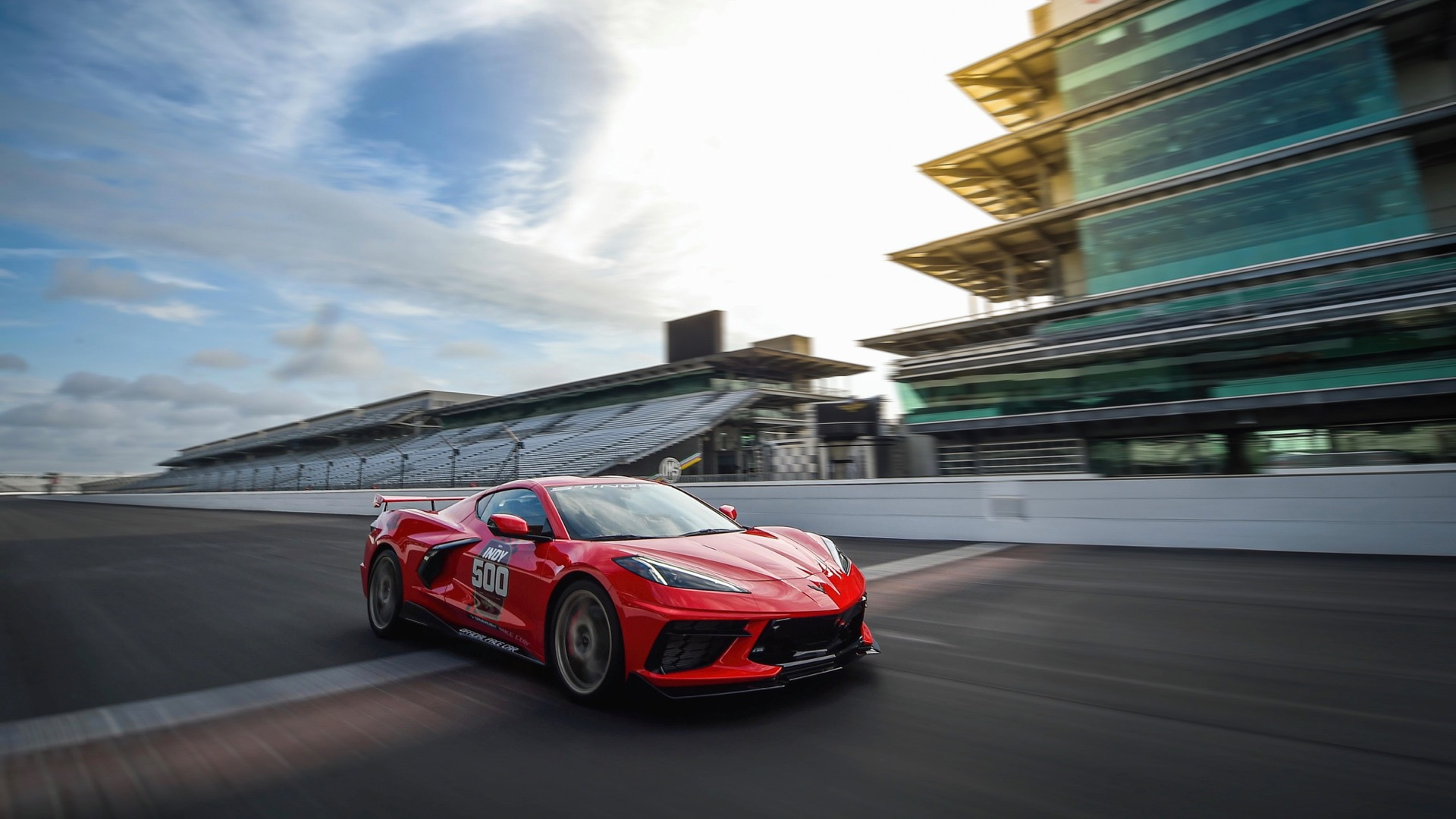 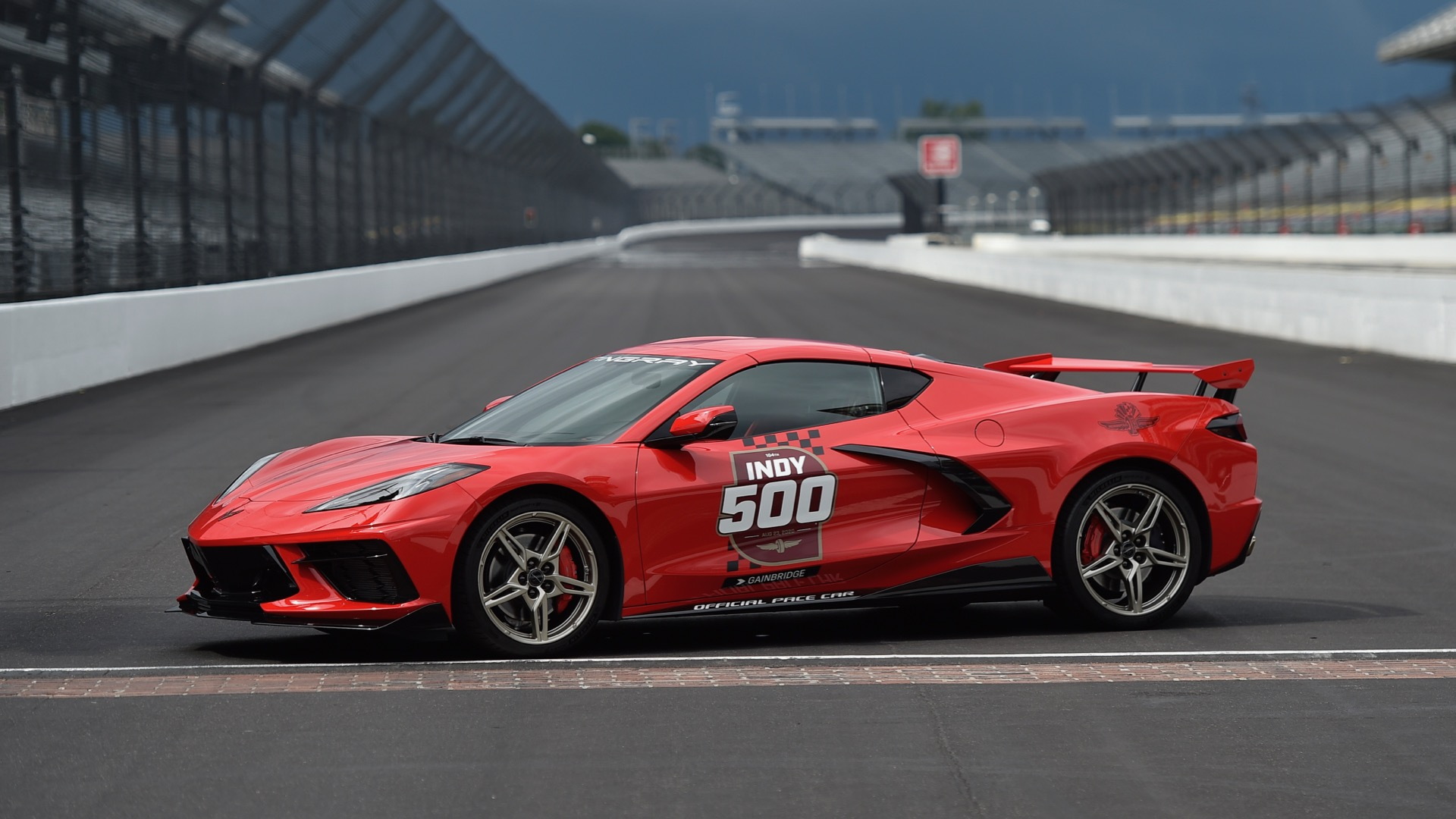 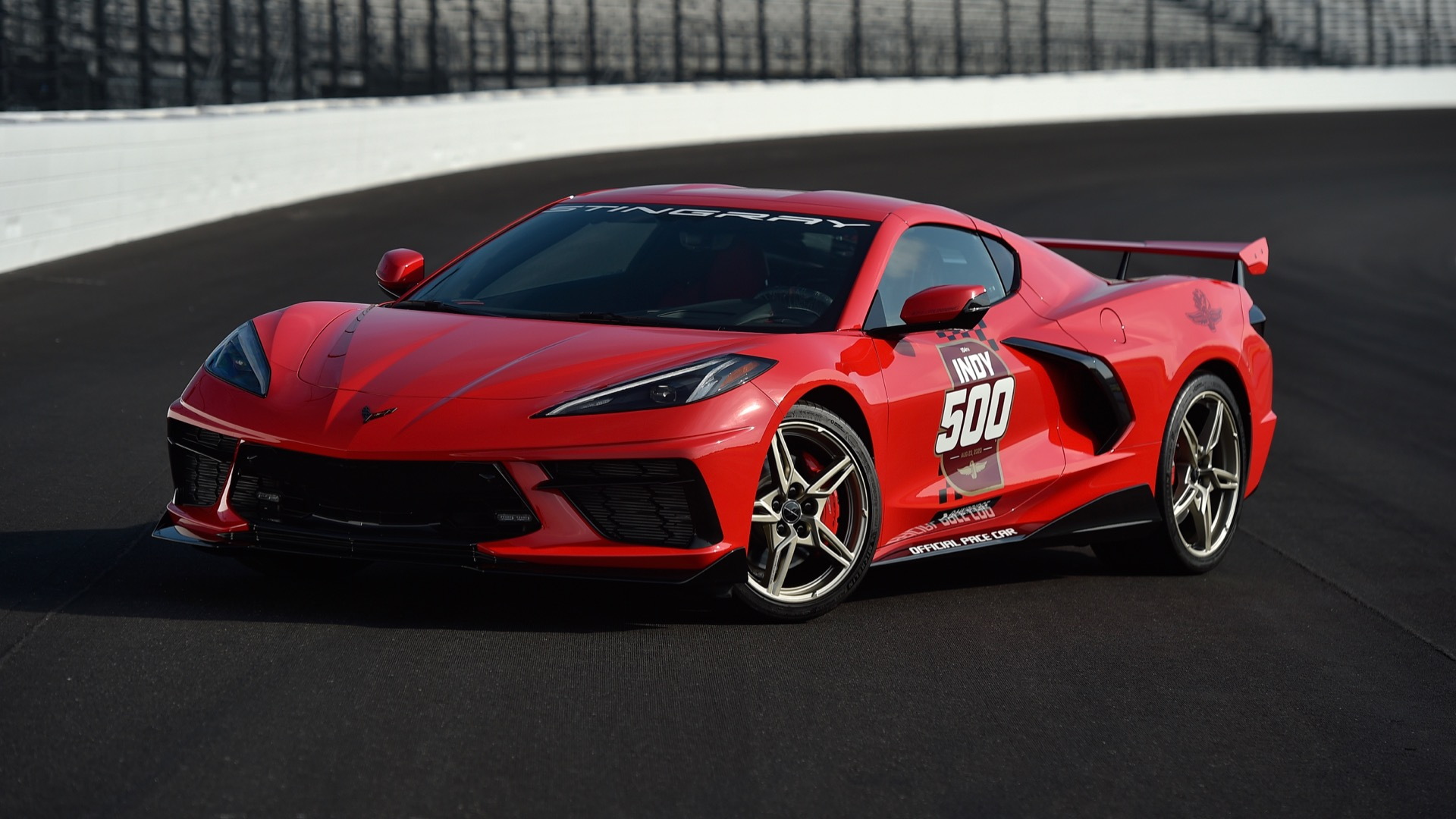 A 2020 Chevrolet Corvette Stingray coupe will serve as the pace car for the 2020 Indianapolis 500, which will be held Aug. 23, Chevy announced in a press release Wednesday. General Motors president Mark Reuss will drive it.

Chevy and the Corvette have become fixtures at the Indy 500. No other brand and vehicle, respectively, have handled pace-car duties more often, according to Chevy. This will mark the 17th time the Corvette has paced the Indy 500 since 1978, and the 31st time a Chevy has led the field. The Bowtie brand has been providing pace cars since 1948, when a Fleetmaster Six convertible did the honors.

The 2020 pace car is a Corvette Stingray coupe in Torch Red with the Z51 Performance package. Its livery may not be as elaborate as those of some past Corvette Indy 500 pace cars, but this C8 does feature a rear spoiler and ground effects package from the Corvette accessories catalog, a Carbon Flash exterior accents and badge package, and GT2 bucket seats to provide extra lateral support on Indy's banking.

Chevy has a long history at the Indy 500. Co-founder Louis Chevrolet, along with brothers Arthur and Gaston, competed in early races. Gaston won the 1920 race.

This year, the Indy 500 will be held outside of May for the first time due to the coronavirus pandemic, which scrambled the entire racing calendar. Because the pandemic is still ongoing, this will also be the first Indy 500 without fans in attendance. The race will be televised live on NBC, with the pre-race show starting at 1:00 p.m. local time on Aug. 23.