Red Bull Racing's Max Verstappen once again demonstrated why he's one of the best among the current crop of Formula One drivers.

The Dutch youngster drove superbly on Sunday at the special 70th Anniversary Grand Prix held at the Silverstone Circuit in the United Kingdom, taking home the win in the process. Mercedes-AMG's Lewis Hamilton and Valtteri Bottas came in second and third, respectively.

Sunday's race, a special round on the revised 2020 calendar to mark the 70th anniversary of the first F1 race, which was also held at Silverstone, looked set to be another dull event with the Mercedes drivers locking out the front row—but then Verstappen kicked things into high gear.

Starting in fourth, he soon passed Racing Point's Nico Hulkenberg before starting his chase on the Mercedes drivers. After being told to cool off by his race engineer to preserve the tires, Verstappen chose to push on to keep up with the leaders, stating on his radio that he wasn't about to "drive like a grandma." By lap 15 he was in the lead as Bottas and Hamilton, both starting on softer tires, had to pit. 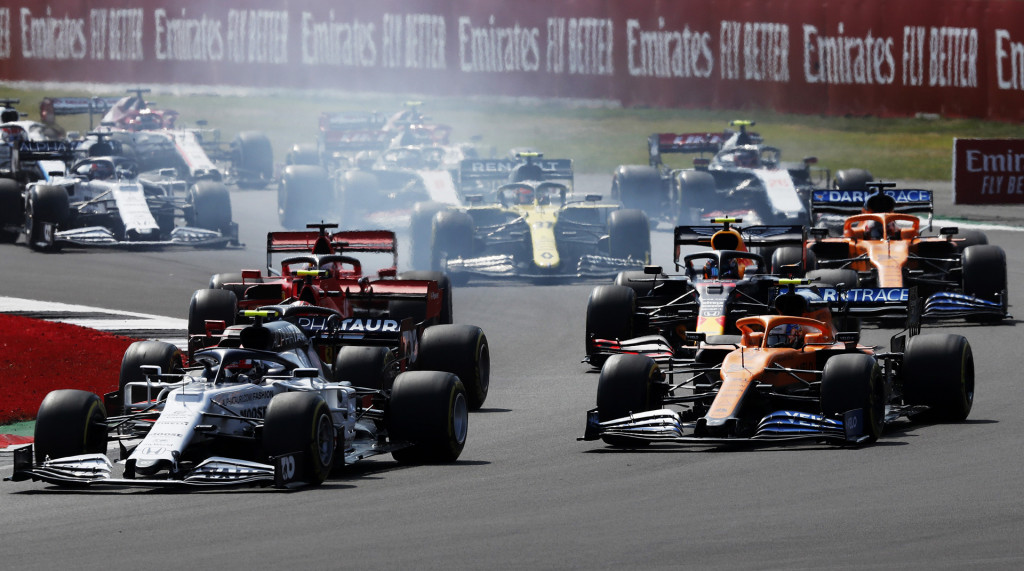 Verstappen then drove faster to build the gap before finally pitting on lap 27 to swap his fading hard tires for mediums, though a slowish pit stop meant Bottas was able to reclaim the lead. Upon exiting, Verstappen made a risky move to overtake Bottas and move back into the lead spot. Both drivers then pitted again on lap 33 for hard tires.

Hamilton was still out but would need to change tires once more before the end of the race. He did so with 10 laps left to go, after which he pulled out all the stops to surge past Ferrari's Charles Leclerc in third and then Bottas in second, with just two laps remaining. Bottas was suffering from blistering tires, which hurts grip levels, so he couldn't keep up with Verstappen ahead and, despite his best efforts, couldn't keep Hamilton at bay either, having to settle for third in the end. Leclerc went on to claim fourth, while Red Bull's Alexander Albon claimed fifth.

There were few other dramas, though Ferrari's Sebastian Vettel suffered an embarrassing start by spinning on his own through the first turn, seeing him fall to the back of the grid. He fought back somewhat to finish 12th. Magnussen, meanwhile, needed to retire six laps from the finish due to excessive tire vibrations.

By finishing on the podium, Hamilton has now equalled Michael Schumacher's record 155 podium finishes. He leads the 2020 Drivers' Championship with 107 points. Verstappen is second with 77 points and Bottas is third with 73 points. In the Constructors' Championship, Mercedes leads with 180 points versus the 113 of Red Bull and 55 of Ferrari. The next race on the calendar is the Spanish Grand Prix on this weekend. 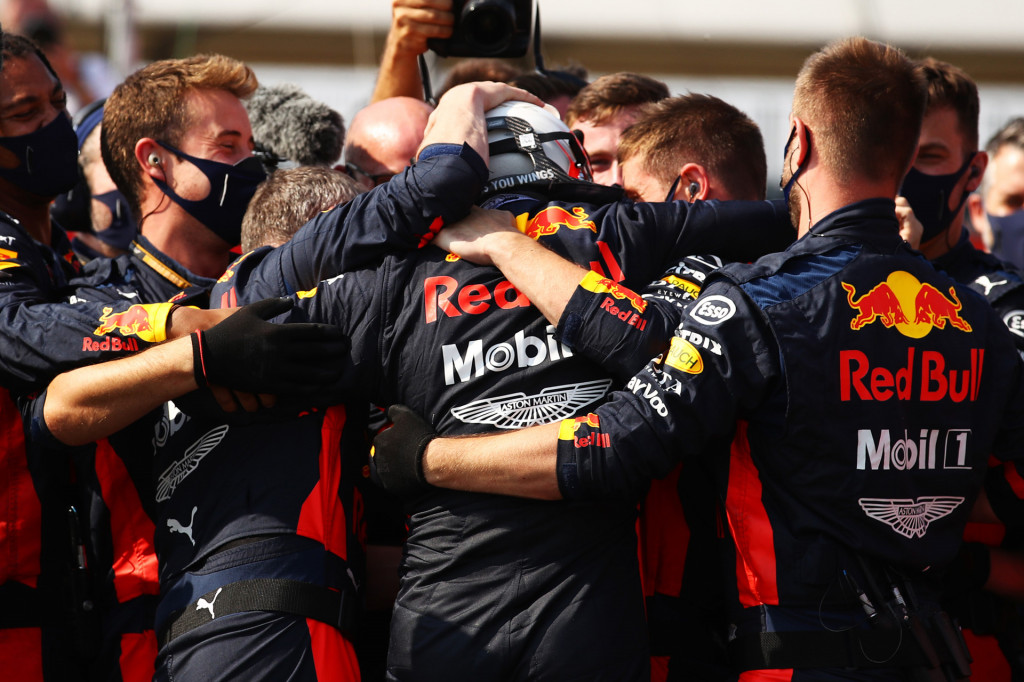 Below are the full results from the 2020 Formula One 70th Anniversary Grand Prix: