Ford announced Tuesday that CEO Jim Hackett will step down from the current lead role on October 1.

His successor has been named as Jim Farley, currently Ford's chief operating officer.

Hackett has been a board director of Ford since 2013 and at one point was in charge of the automaker's mobility division. He was named CEO of the automaker in 2017 after his predecessor Mark Fields stepped down.

After an initial 100-day review, Hackett kicked off a transformation plan at Ford that saw the automaker shift its focus in North America to SUVs, pickups and utilities. After 2020, the only car model remaining will be the Mustang. 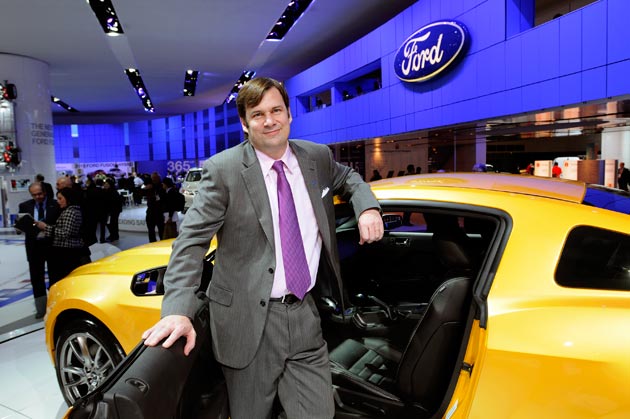 He was also instrumental in seeing Ford form partnerships with other automakers, including China's Zotye, India's Mahindra, EV startup Rivian, and Volkswagen Group. The tie-up with VW Group will see Ford and Volkswagen share platforms and production facilities. The two automakers are also partnered in the area of self-driving car development through their investments in self-driving technology company Argo AI.

“The hardest thing for a proud, long-lived company to do is change to meet the challenges of the world it’s entering rather than the world it has known,” Hackett said in a statement. “I’m very proud of how far we have come in creating a modern Ford and I am very optimistic about the future.”

There were a number of setbacks during Hackett's reign that saw Ford's share price drop (down 40% under Hackett), even before the Covid-19 coronavirus pandemic hit. These included launch problems with the highly anticipated Ford Explorer and Lincoln Aviator twins, the disappearance of popular models without replacements at both Ford and Lincoln, and poor sales in Europe.

His replacement, Jim Farley, joined Ford in 2007 as global head of marketing and sales. He has held a variety of roles since then and will now work closely with Hackett during the next two month's transition period. Hackett will also serve as a special adviser to Ford until March 2021.