Mercedes-AMG's Lewis Hamilton took home the win on Sunday at a somewhat predictable 2020 Formula One British Grand Prix held at the Silverstone Circuit.

The Briton started the race on pole and was never really unsettled until the final lap when his left-front tire gave way. Fortunately for him the gap with the next driver was big enough, that he managed to limp his way across the finish line in first. Second place went to Red Bull Racing's Max Verstappen who finished 5.8 seconds behind. Rounding out the top three was Ferrari's Charles Leclerc some 18.4 seconds behind the winner.

Hamilton has now racked up seven wins at the British Grand Prix, which is a record for a driver at their home event. His teammate, Valtteri Bottas, was on track for second place though he too suffered a puncture with three laps remaining and ultimately crossed the line in 11th place.

McLaren’s Carlos Sainz also looked set to make strong fourth finish but his own final lap tire issue saw him drop back to 13th in the end. Thanks to some smart driving, Renault's Daniel Ricciardo was able to move up and claim fourth after a late pass of McLaren's Lando Norris. Norris held on to claim fifth. 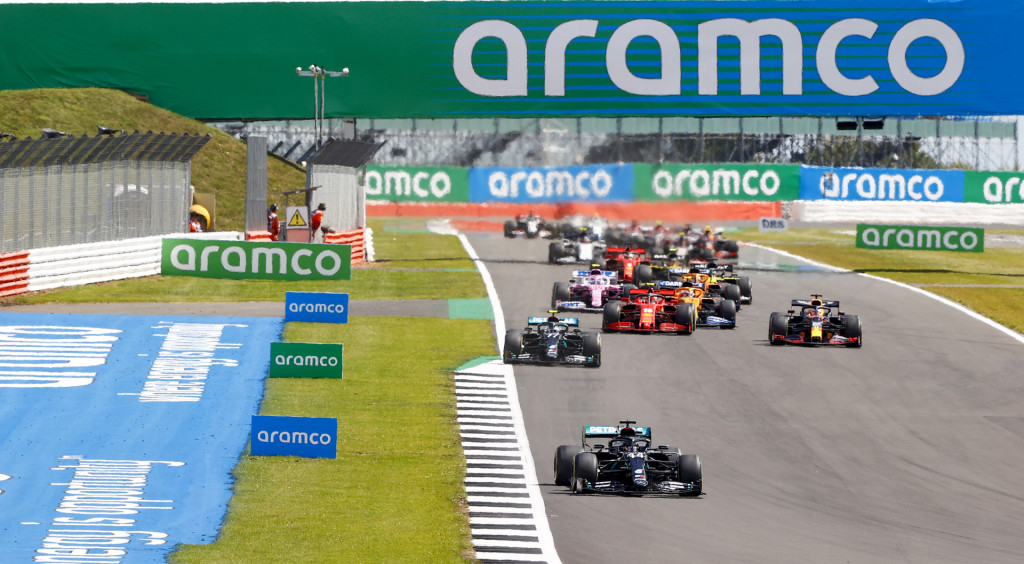 There was a bit of trouble early in the race when Haas’ Kevin Magnussen came into contact with Red Bull's Alex Albon at Club corner. Magnussen ran into the gravel, causing the safety car to come out, and damage to his car meant he had to retire. Albon was handed a five-second penalty for his part in the incident.

After racing resumed, the safety car was out again shortly when AlphaTauri's Daniil Kvyat lost control at the entry to Maggots and ended up spinning into the barriers. Meanwhile, Nico Hulkenberg, who is filling in for Racing Point's Sergio Perez during the Mexican's Covid-19 coronavirus isolation, failed to start due to car trouble.

After the weekend's action, Hamilton now leads the 2020 Drivers' Championship with 88 points. Bottas is second with 58 points and Verstappen is third with 52 points. In the Constructors' Championship, Mercedes leads with 146 points versus the 78 of Ferrari and 51 of McLaren.

For the second time this season, the F1 circus stays at the current track for the next race, in this case a special 70th Anniversary Grand Prix marking 70 years since the hosting of the first F1 race at Silverstone back in 1950. The special race, which serves as round five of the revised 2020 F1 calendar, will be held this weekend. 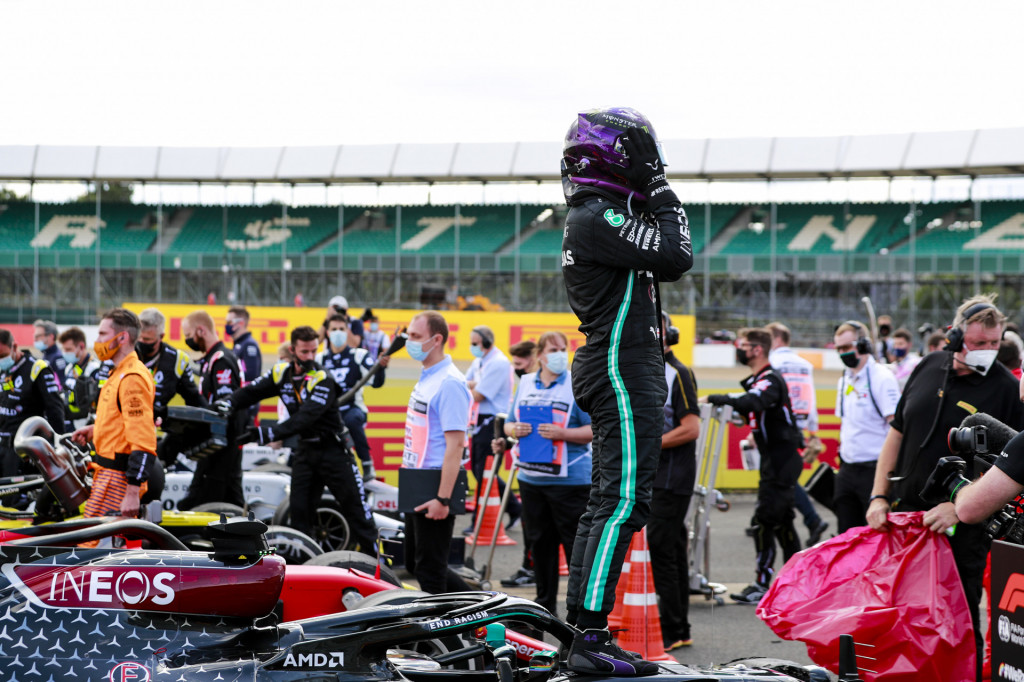 Below are the full results from the 2020 Formula One British Grand Prix: