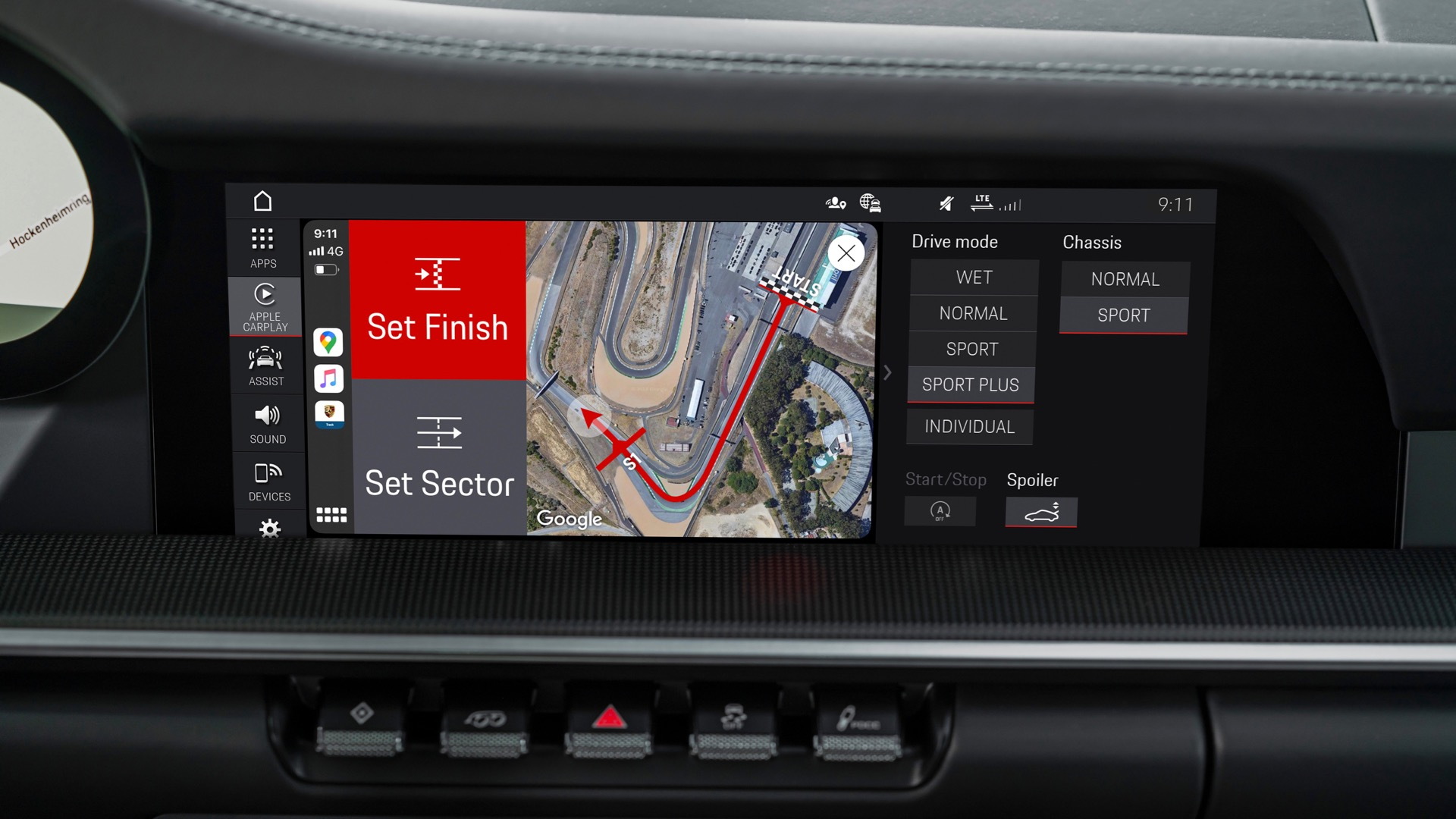 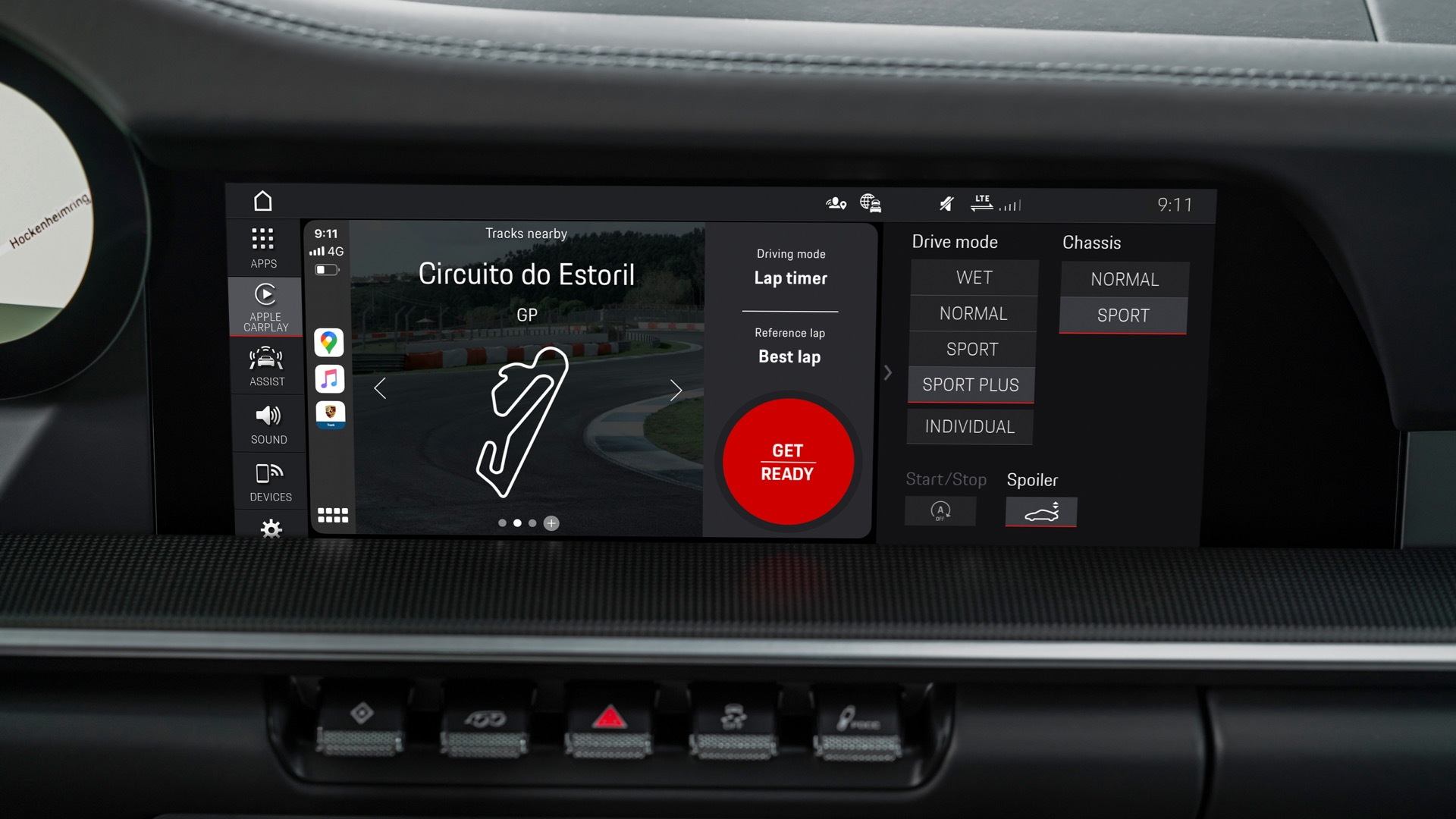 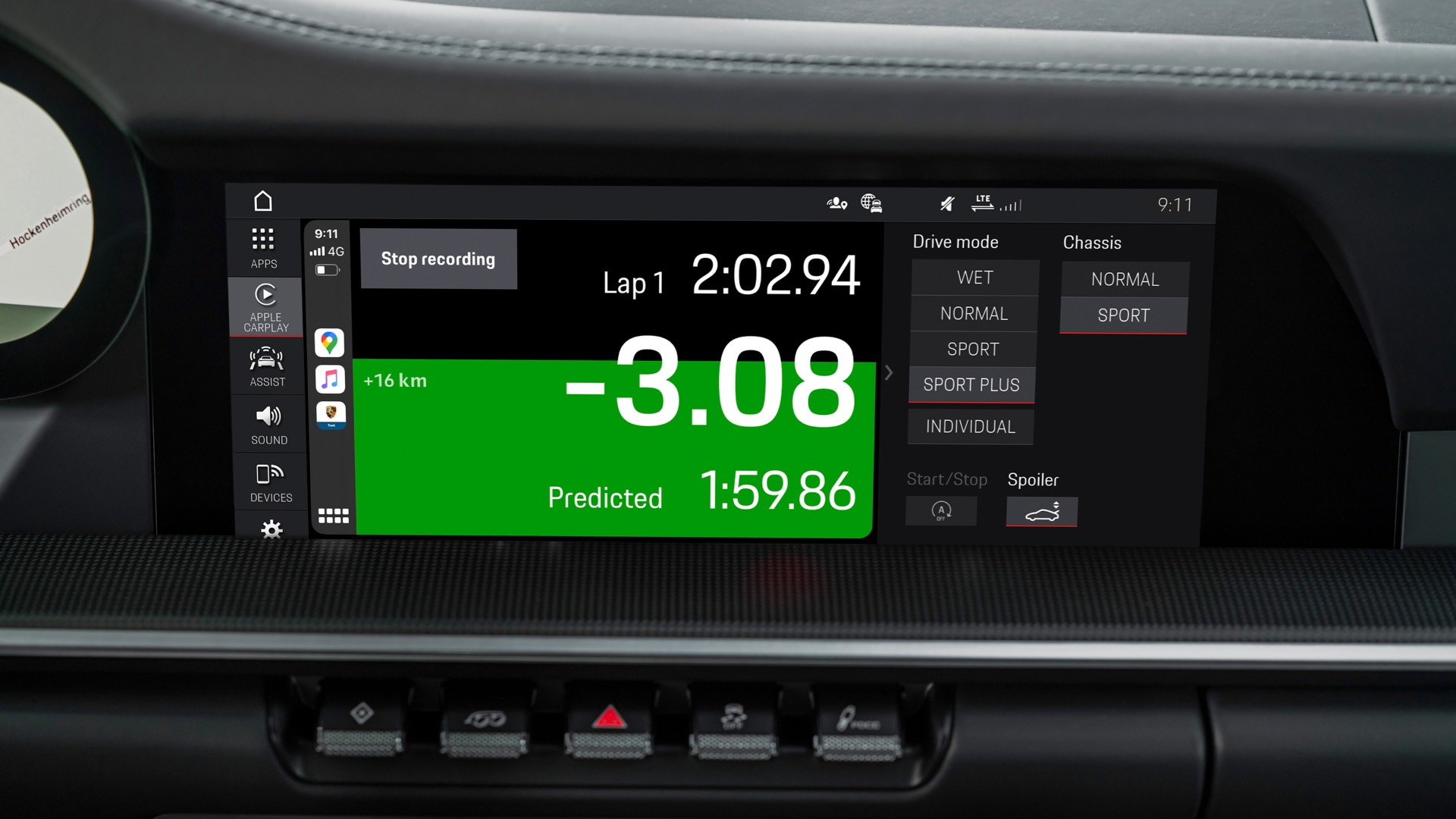 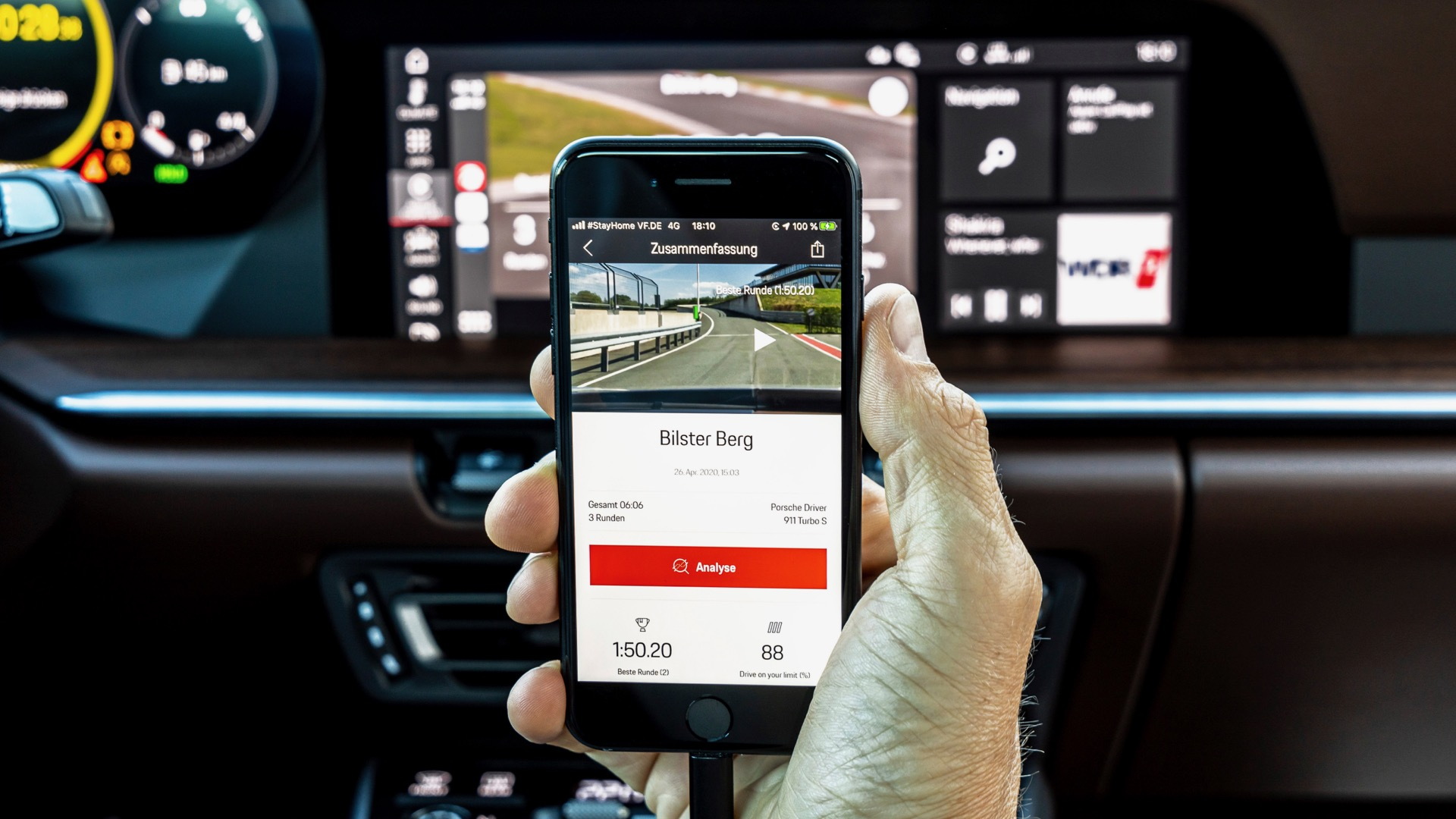 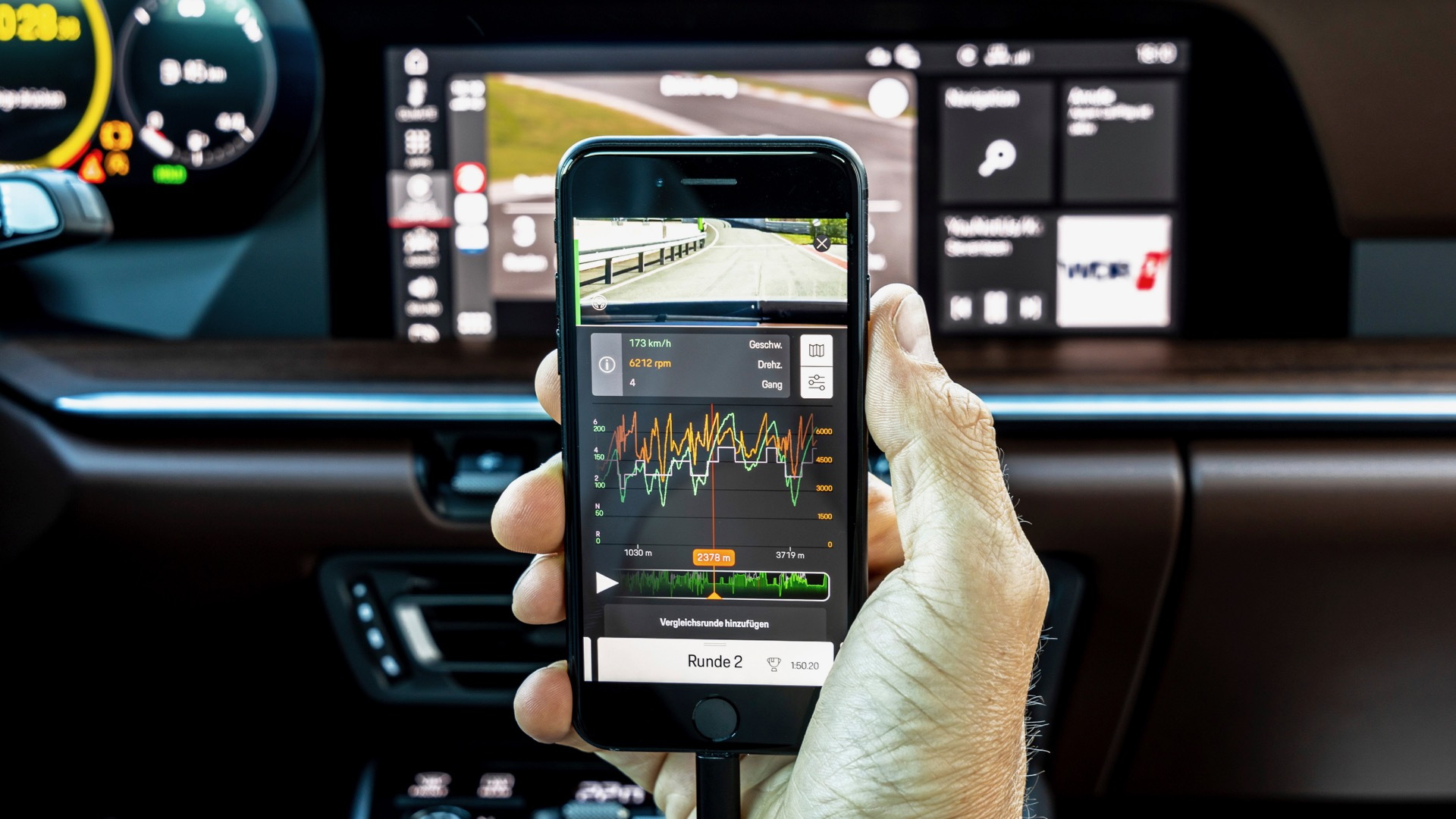 If you can't hire a driving coach, the Porsche Track Precision App can help improve your driving through data analysis. The latest version of the free app can now be displayed through a car's infotainment screen, Porsche announced in a press release Thursday.

The app previously worked only on smartphones, but version 3.2 can be projected onto a Porsche's Porsche Communication Management infotainment system via Apple CarPlay so drivers don't have to squint at a phone screen to read data traces.

Porsche also added 100 pre-programmed racetracks, bringing the total number of tracks available on the app to more than 300. Drivers can also record video and data for tracks on their own.

"Using the Porsche Track Precision App, sports car drivers can improve their performance when driving on the circuit, while also documenting and plotting their success," Porsche brand ambassador and racing driver Jorg Bergmeister said in a statement.

Launched in 2015, the app records video and data, including speed, lateral and longitudinal acceleration, braking force, and engine rpm. It can also record lap times using GPS data. Information from one lap can be compared to another, showing possible areas of improvement.

Because the app is connected to the Apple ecosystem, drivers can use AirDrop to export data to an iPad, or use an Apple Watch to start or stop recording. The watch can also monitor a driver's pulse, and it vibrates when the driver achieves a new personal best.

The Porsche Track Precision App was originally available only as part of the Sport Chrono package on GT models, but is now available on all current-generation 911 and 718 Boxster/Cayman models.