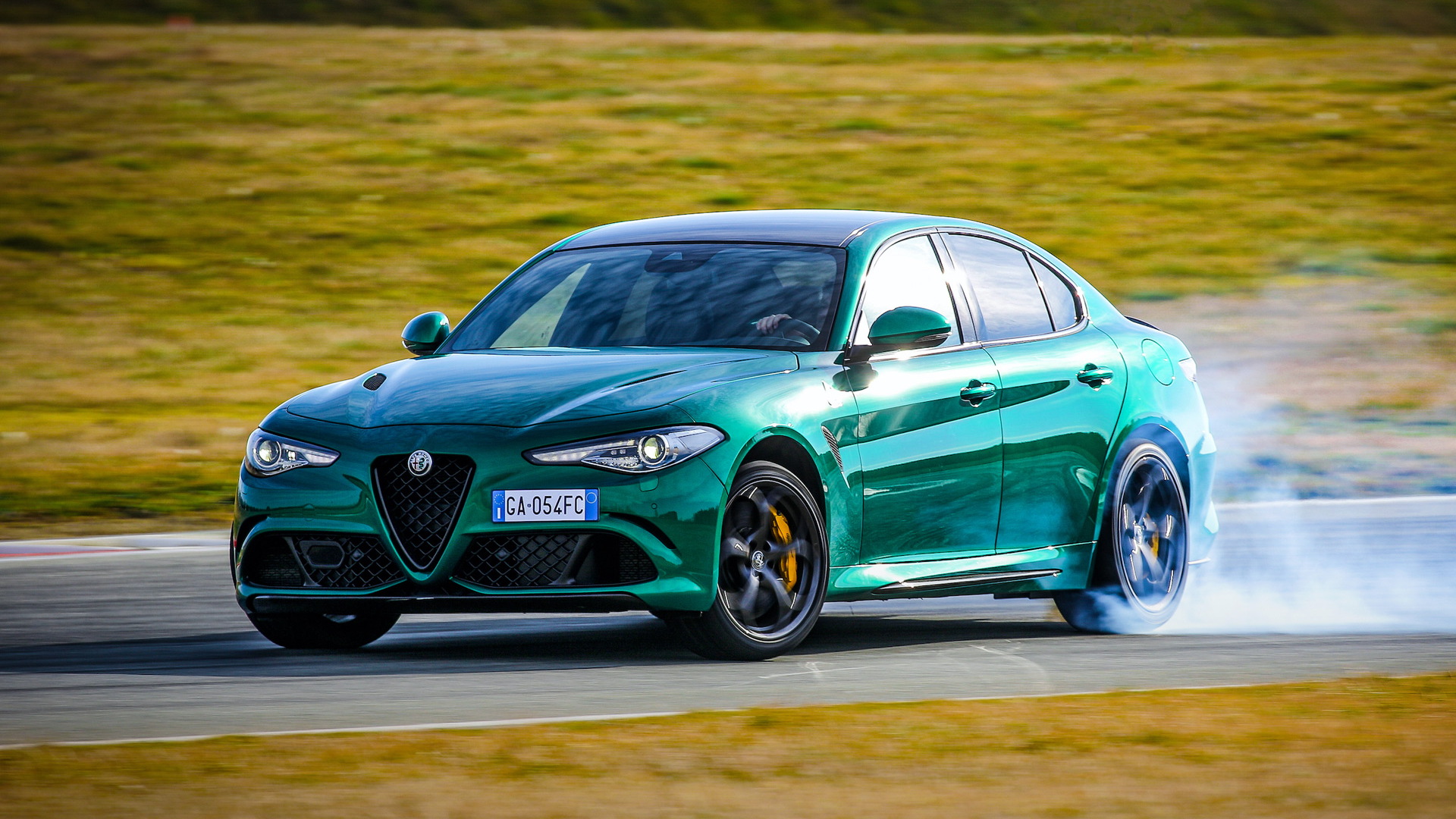 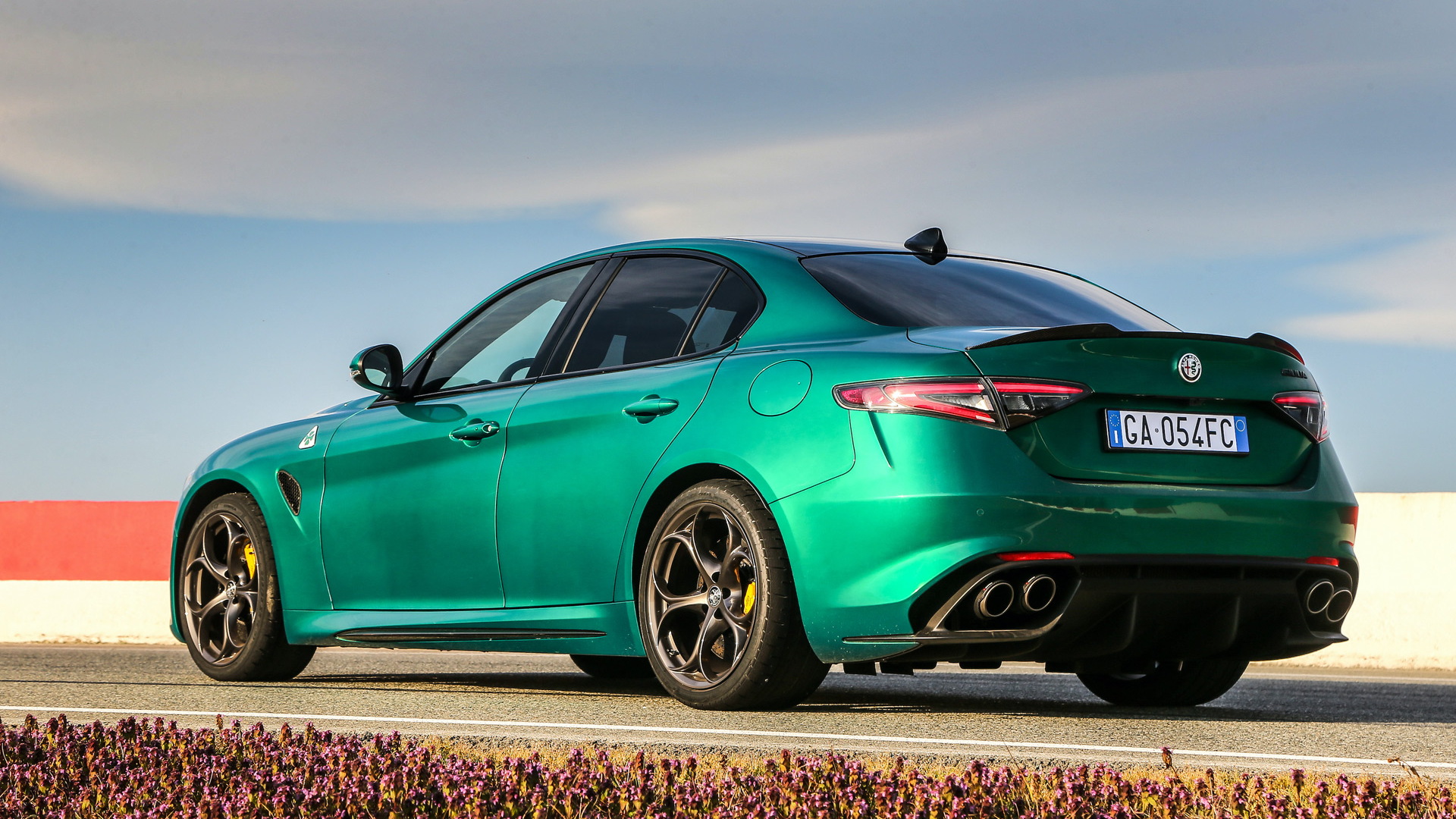 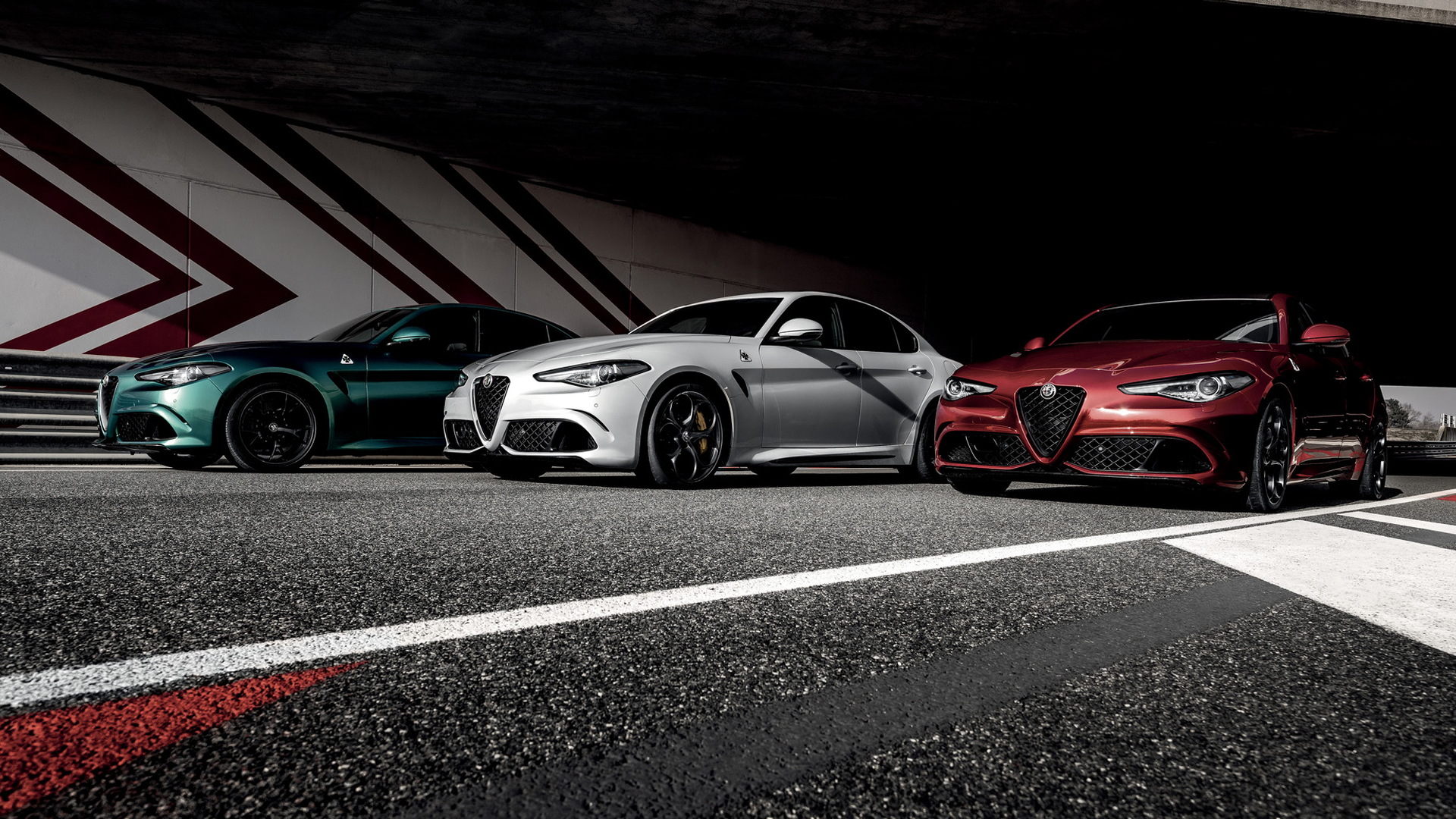 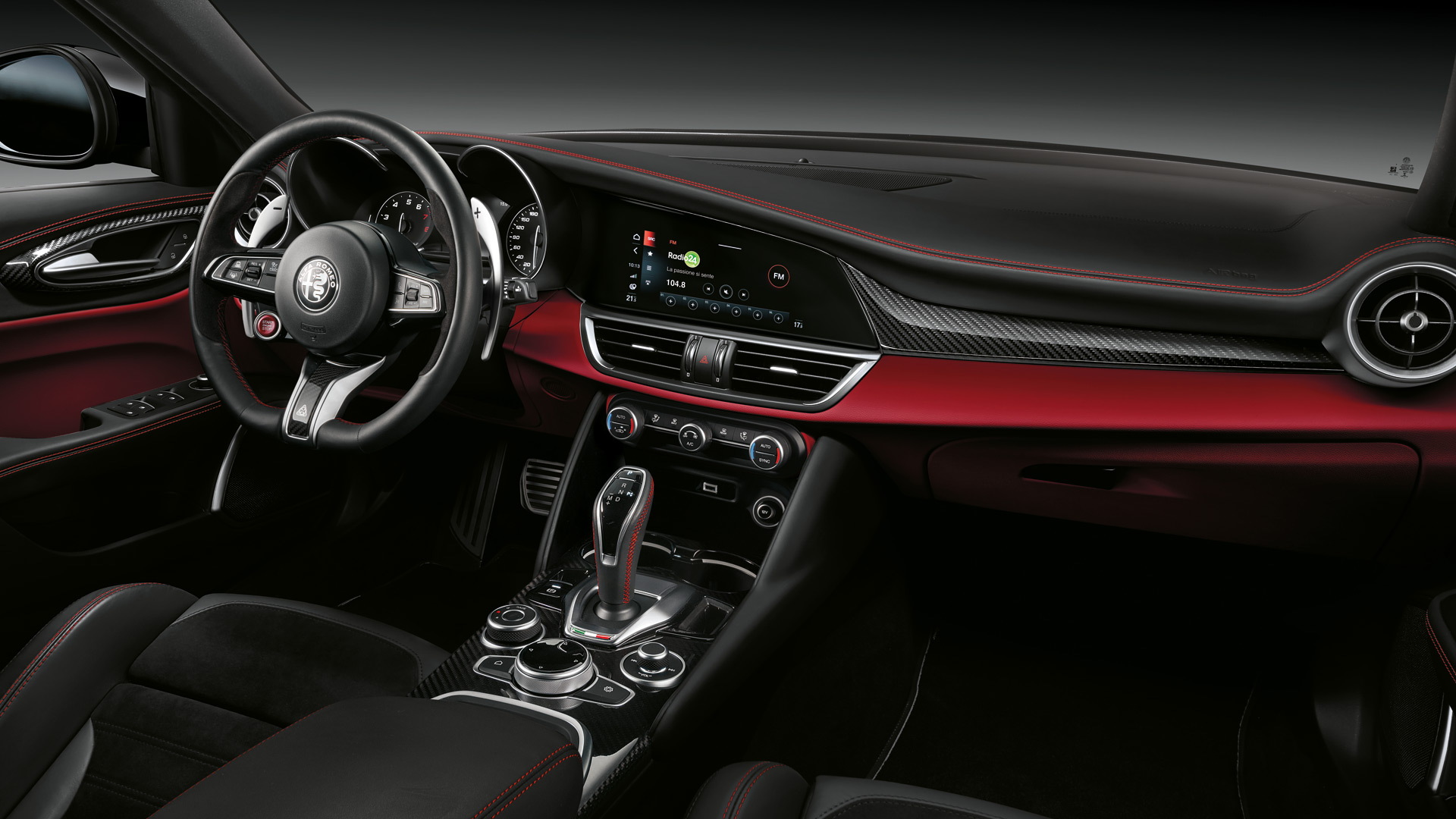 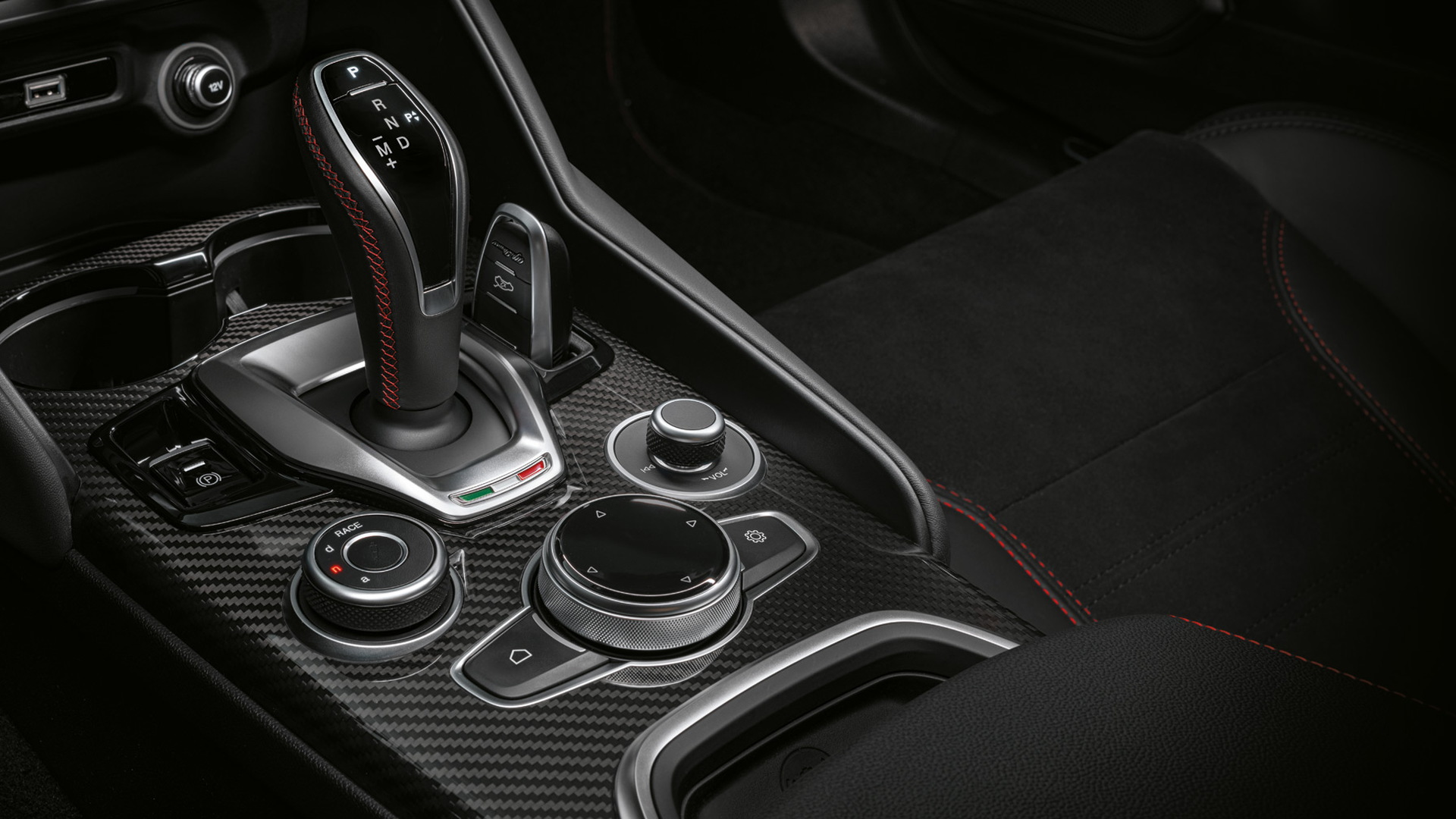 Alfa Romeo's Giulia and Stelvio received a round of updates for 2020, and on Thursday the Italian automaker revealed the updated cars' high-performance Quadrifoglio variants.

There isn't any extra power, though the cars were hardly lacking in this department given the 505 horsepower delivered by their 2.9-liter turbocharged V-6 engines, but there is some much-needed tech updates.

Key among these is a new infotainment screen offering touch capability for the first time. It also features a new, easier-to-use interface similar to what you might find on a smartphone, as well as specific pages for the Quadrifoglio models with important metrics such as temperature, boost pressure, and digital chronometers to measure acceleration and maximum speed. There still isn't a digital instrument cluster that you'll find in rivals. Instead, the Alfa Romeos feature two analog gauges with a 7.0-inch screen nestled between them.

Another key update is the addition of more advanced electronic driver-assist features. These include handy items like blind spot warning and lane keep assist, as well as traffic sign recognition and adaptive cruise control with traffic jam and highway assist.

You'll have to be a true Alfa Romeo fan to notice the changes on the outside of the vehicles. The taillights receive a darker tint and there's new black accents in the front and rear badges. Mopar has also developed a range of new features including a styling pack that adds carbon fiber accents to the grille, side mirror caps, and rear spoiler. 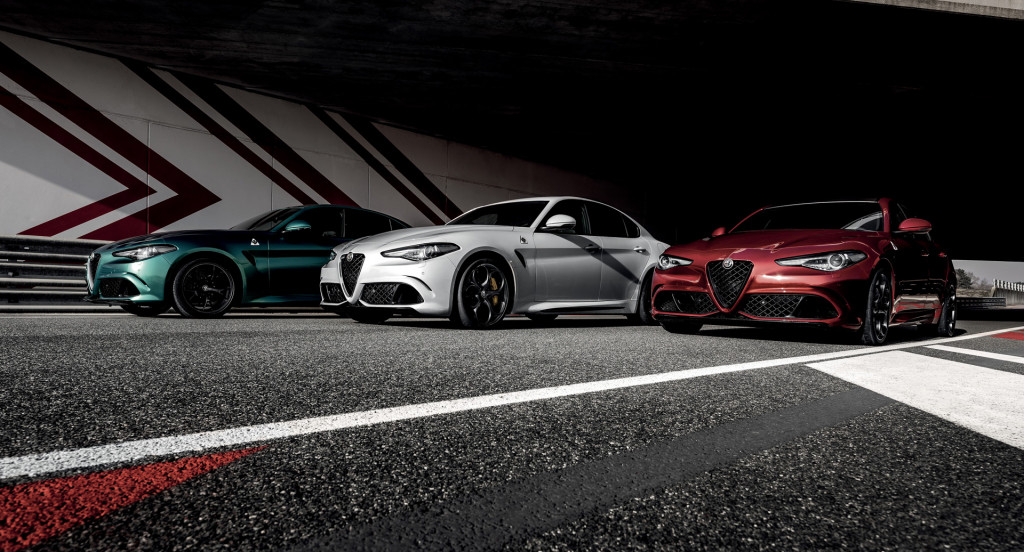 The updated Giulia Quadrifoglio and Stelvio Quadrifoglio go on sale in Europe this summer. Timing for the United States is yet to be announced. Alfa Romeo has also just launched a hardcore Giulia GTA, though just 500 of these will be built and it isn't clear yet if we'll see a local launch.