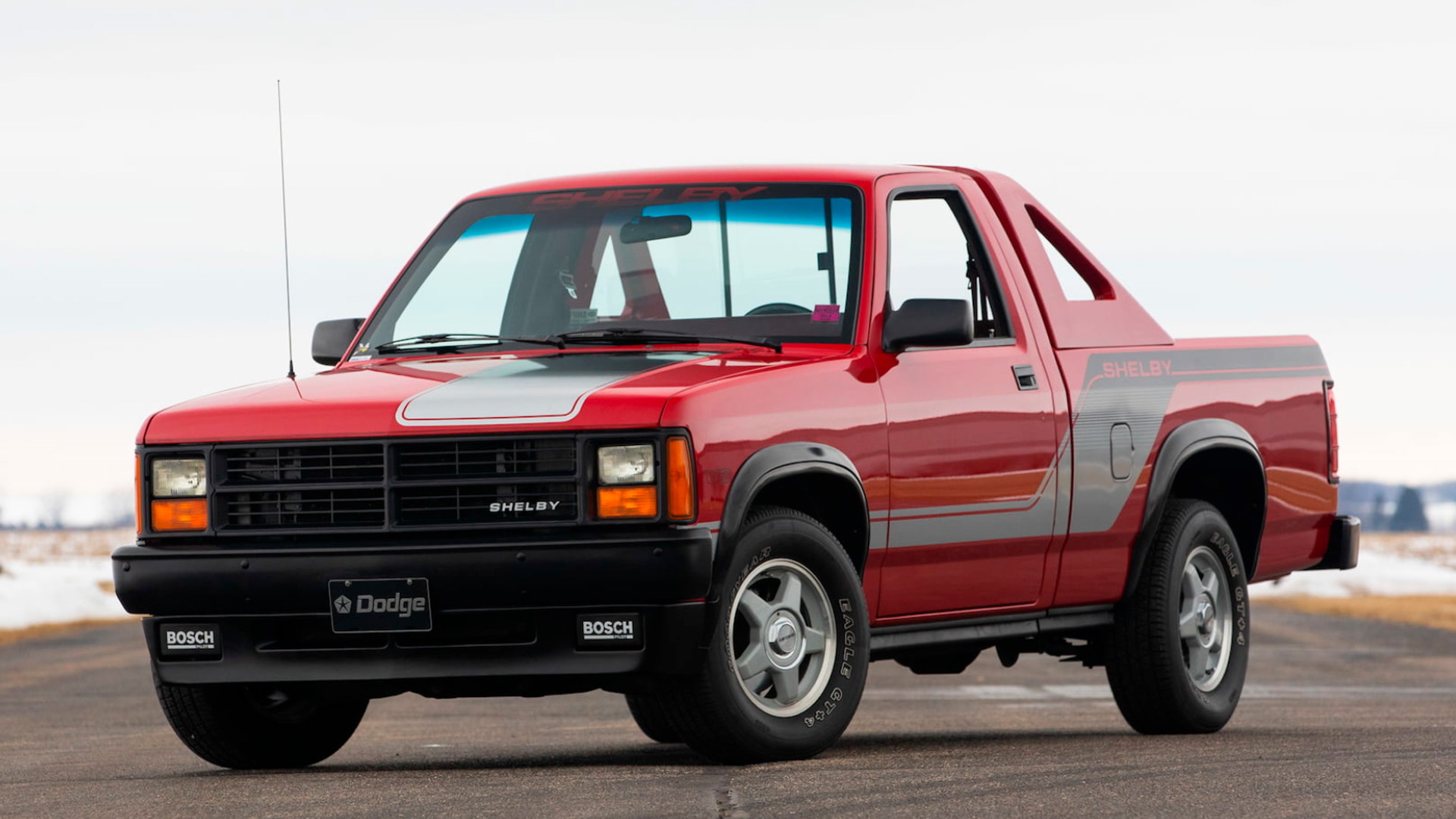 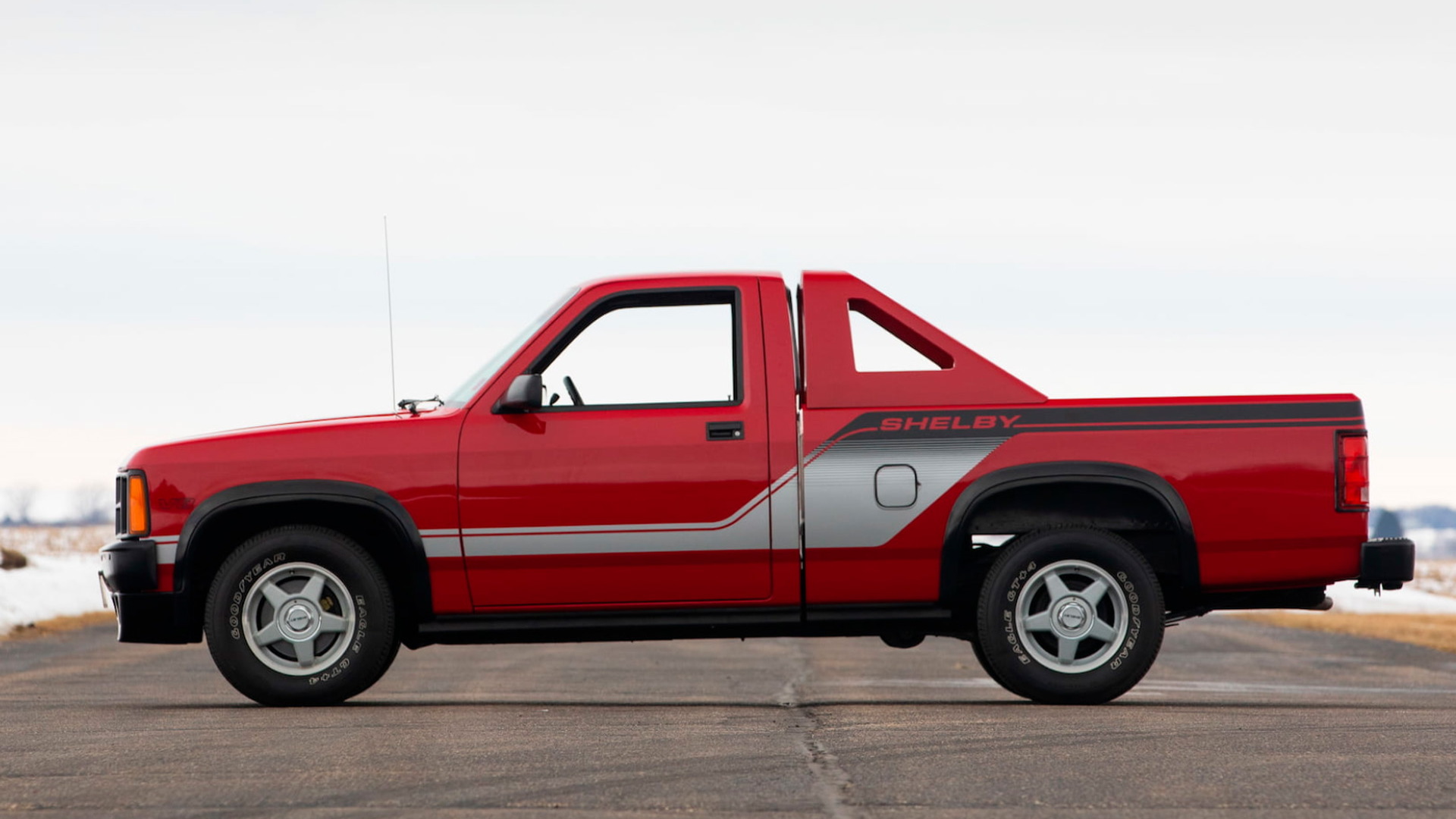 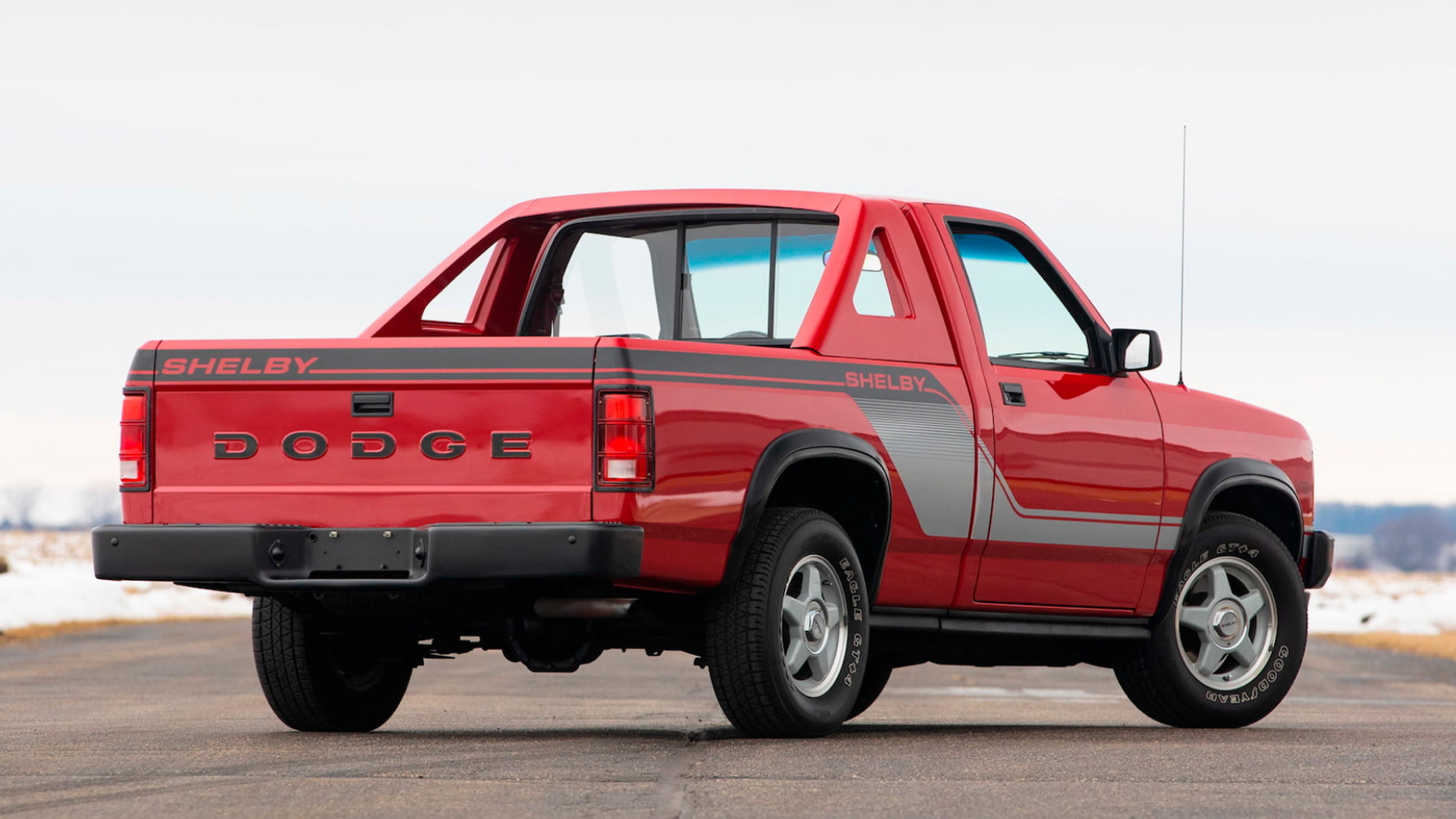 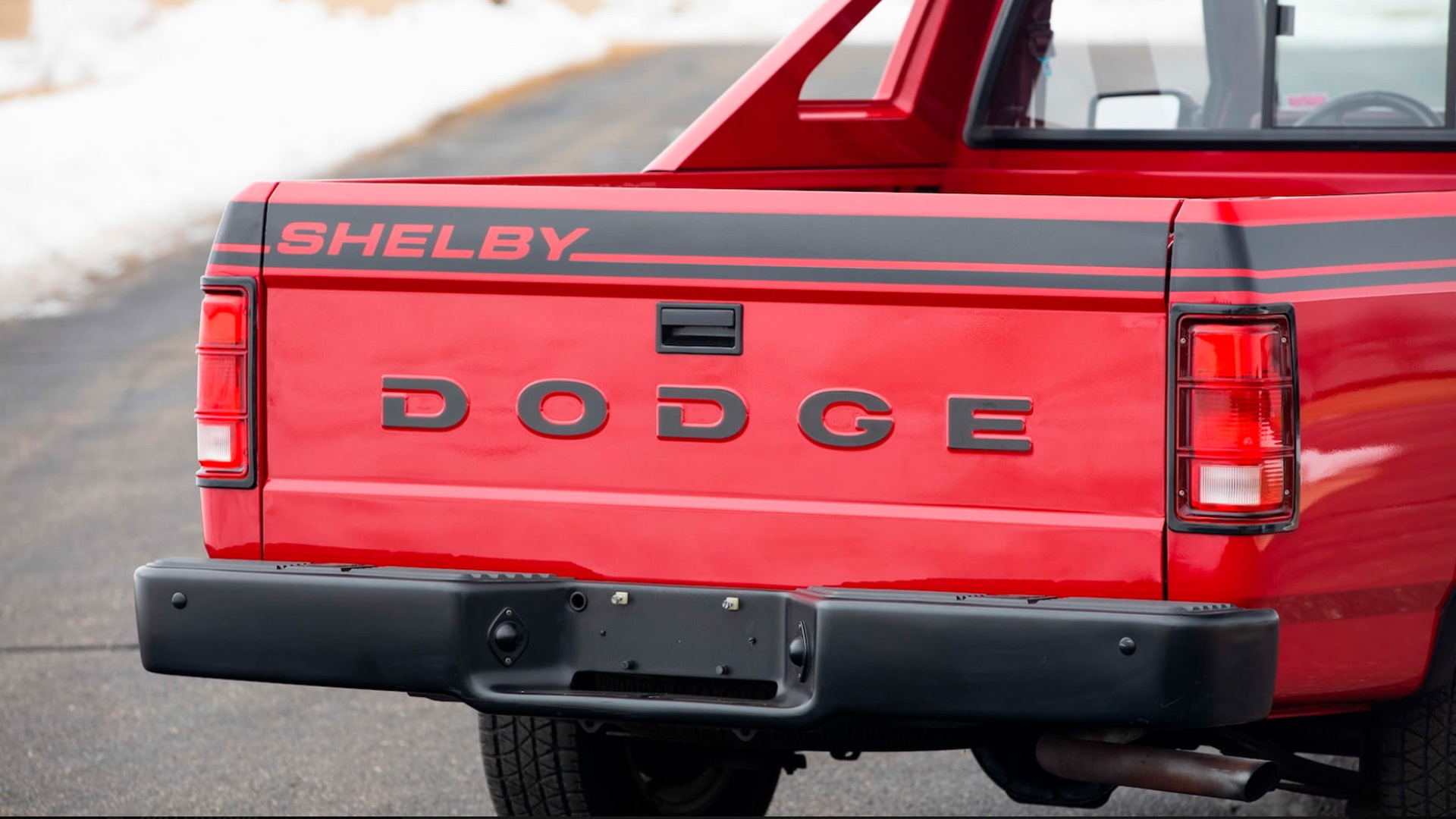 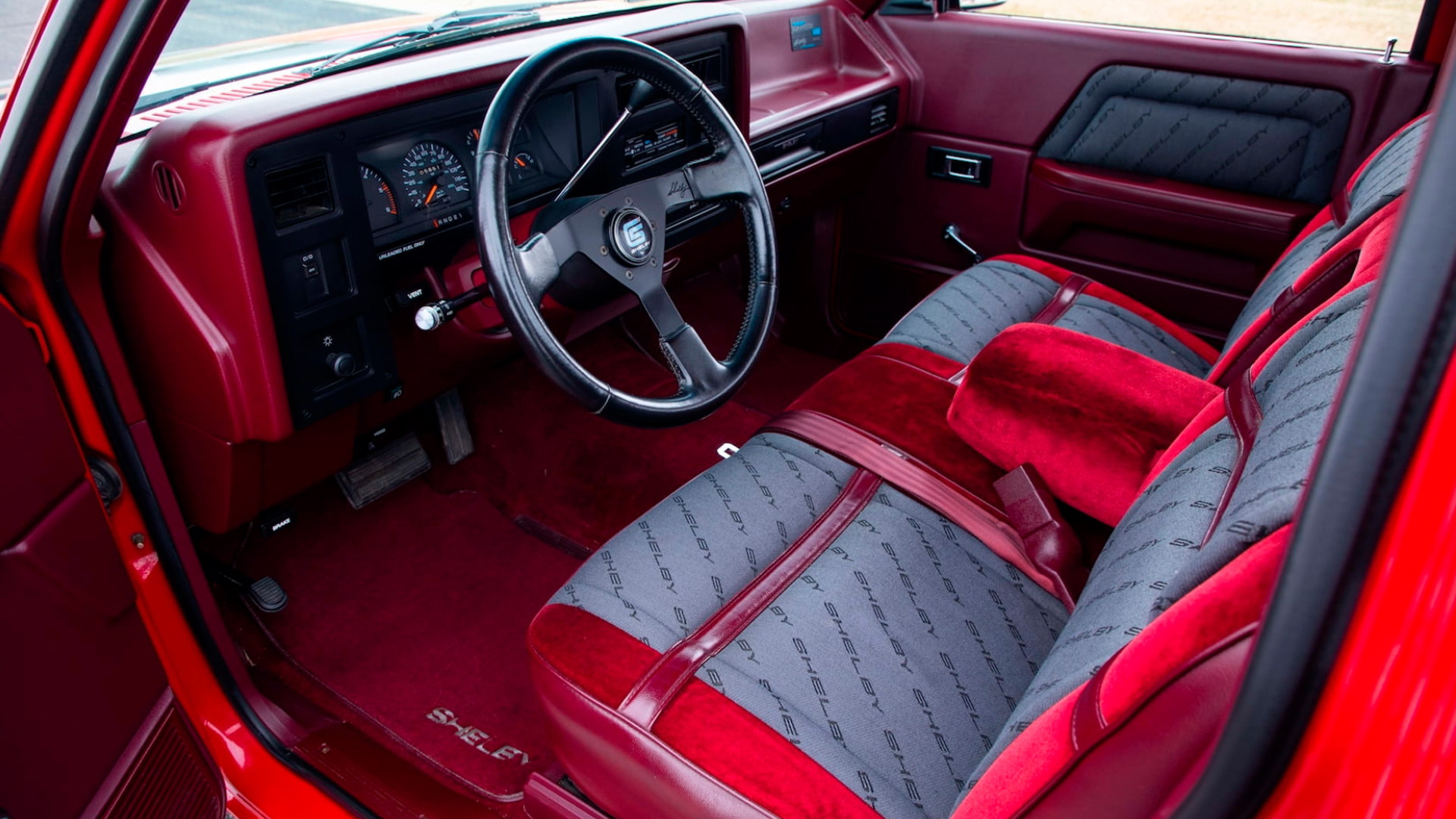 Shelby American is today famous for its F-Series pickup trucks. In fact, the American tuning legend currently sells more trucks than it does Mustangs. But Shelby's truck dealings isn't a new phenomenon as the company briefly sold a tuned Dodge Dakota back in the late '80s, and now a pristine example is headed for auction.

The Dodge Shelby Dakota was built for the 1989 model year only, meaning the total build run amounted to just 1,475 trucks. This one is number 1,253, and it's in a completely original condition with just 5,851 miles on the clock. (Example no. one was owned by Carroll Shelby himself and put up for auction a couple of years ago.)

To many, the Shelby Dakota is the truck that started the performance pickup trend. Recall, Chevrolet followed with the 454 SS in 1990, GMC with the Syclone in 1991, and Ford with the Lightning in 1993.

Shelby set the bar high by fitting its Dakota with a 5.2-liter V-8, which delivered 175 horsepower and 270 pound-feet of torque. The engine was mated to a 4-speed automatic and could hustle the truck from 0-60 mph in 8.5 seconds, which was respectable for the time. Additional upgrades included a transmission cooler, lock-up torque converter, limited-slip differential, and custom wheels.

Perhaps just as impressive was the interior, which benefited from a red velour-like seat trim contrasted by a gray area featuring “Shelby” monograms. Today, the cabin is just brimming with retro cool.

The truck is set to go under the hammer during Mecum's 2020 Indy sale, which is currently slated to run from June 23-28 at the Indiana State Fairgrounds in Indianapolis, Indiana.